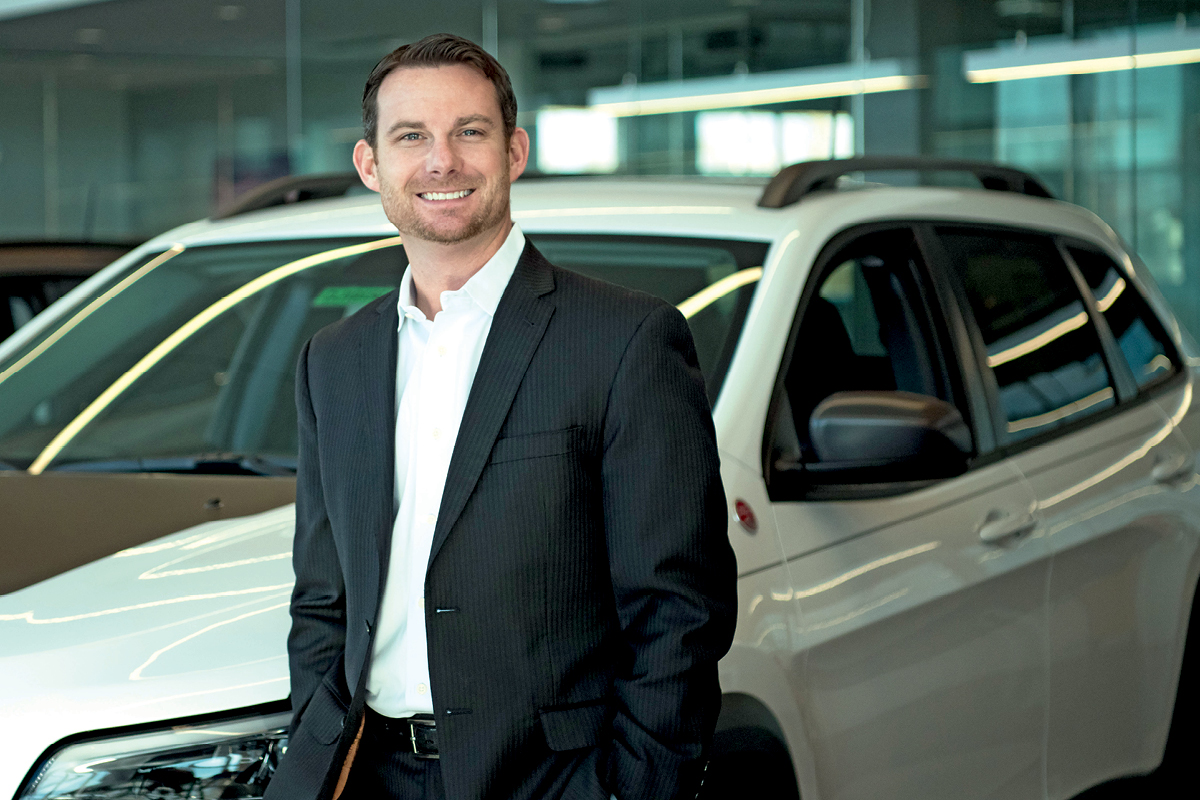 Working with family presents a unique set of pros and cons. In many cases, mixing the business and family can hurt both entities. The Fusz family is one of the lucky few to have thrived as a united family business for almost 70 years.

Lou Fusz Automotive Network was established by Louis Fusz Sr in 1952. Then, following his college graduation in 1969, his son Lou Fusz Jr joined the fold as CEO. He led a rapid expansion of the company, adding new dealerships and building it into what it is today.

When he eventually took over the Chairmanship from his father in 2014, the leadership was handed down to his sons: the third generation of Fuszs. Randy assumed the role of President and CEO, Lou Fusz III that of Director of Fixed Operations, Peter became Director of Preowned Operations and Patrick is Director of New Vehicle Operations.

“My father prepared us for this and he’d always say, ‘If you can’t get along, you can’t work together’,” Randy remembers. “Of course, we’ve had our differences but we’ve worked as a family unit under our father’s vision for five years now and we’ve never been happier or stronger.

In saying that, we also need to watch ourselves because if you put a bunch of Fuszs in a room, you’re going to get the exact same thinking nine times out of 10: we think alike. For that reason, we’ve established a culture made up of a diverse group of people with different mindsets.

“From the get-go, my brothers and I didn’t want to simply rely on our father’s achievements. We’re all motivated and driven to create our own chapter and we’ll often joke with him saying, ‘If you thought you’ve done a lot in your time, wait until you see what we’re going to do!’ We never want to be those kids who were handed something amazing and never did anything with it.”

Now St. Louis’ second largest automotive dealer, Lou Fusz Automotive Network takes a progressive approach to running its 11 locations, 15 franchises and 1,000-strong team. “While the car industry is usually an indicator of the times and what’s happening in the economy, out in the Midwest, we’re holding our own. When we see a dip in sales, we investigate and develop a strategy to make up for it.”

In St. Louis Post Dispatch’s survey of more than 44,000 people, Lou Fusz Automotive was voted one of St. Louis’ Top Workplaces 2017, recognized for its effective leadership, strong values, clear direction and motivated workers. “Recognition like this is an encouraging sign that we’re leading the industry in the way we treat our employees,” says Randy.

“We’re constantly reviewing how we do things, and a large part of this comes from feedback from our staff and customers. Our culture is about family because we spend more time at work than we do at home and we promote that sense of camaraderie within the dealerships.”

When it comes to leadership, Randy says his father taught him and his brothers a new lesson every day. “A leader needs to listen more than they talk. You have a deep understanding of your business by being on the ground as part of the business. At the same time, a leader also needs to be a follower,” he explains. 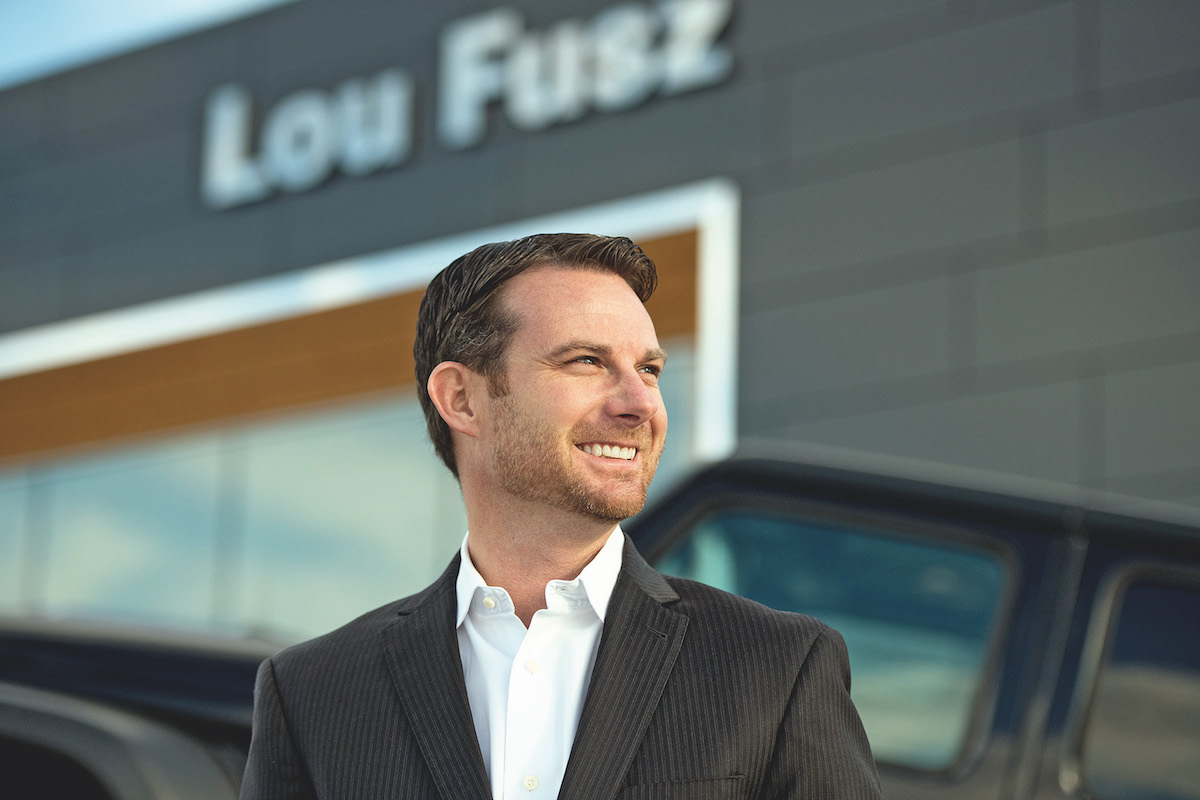 Staying ahead of the pack

Randy believes that success in the coming years will largely depend on how well the business adapts to and embraces new technology. “Some see technology as disruptive and destructive when they should see it as a new opportunity.

We have a reputation to uphold but we always want to surprise our customers and deliver that ‘wow factor’ when it comes to our offering, our selling and servicing options, or our customer service. We’re making ripples in the industry,” he says.

“Some see technology as disruptive and destructive when they should see it as a new opportunity.”

Although making a profit is important, Randy says he’s willing to put it on the backburner while building the foundation right. “In the auto industry, it’s all about staying relevant; if you don’t, you’re setting yourself up to be sold. We have to provide a service that caters to the needs of our customers efficiently and affordably: it’s both an opportunity and a challenge,” he admits.

“We’re a young ownership, so we understand the technology and we see its potential in growing the business – especially when it means changing people’s minds on what it takes to buy a car. People see this as a long and tortuous process and we’d like to change that.”

To stay ahead of the trends in transportation usage and technology, in August 2018, Lou Fusz Automotive launched St. Louis’ first-ever vehicle subscription service, Fusz Select. Whether they’re after a sports car for a date night, a ute for a weekend project, or an SUV for a family vacation, customers can pick and swap their subscription vehicle as an alternative to owning or leasing.

“We’re exactly where we wanted to be with the business at this stage, and it’s such a fun experience because it’s all new,” says Randy. “There’s no best way to do things, so we’re using customer feedback and word-of-mouth to figure it out as we go along. I don’t see this business replacing traditional car buying and leasing, but it’s a new, exciting and flexible option that locals are loving so far.”

In the long-term, Randy is all about growth. “If I can double our current number of dealerships to reach 20 locations, that will be a huge win for us. We’re scaling up for growth and I want to ensure that if a franchise or a manufacturer awards us a dealership, we’ve got the playbook to be successful right off the bat.” 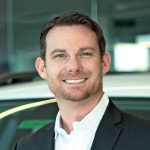