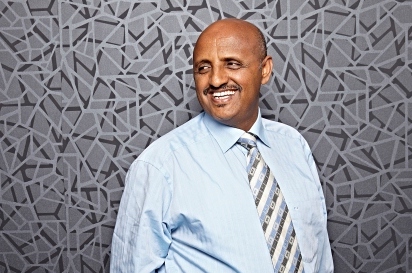 Thursday, 19 November 2015 was no ordinary day for Ethiopian Airlines. While it was business as usual for other airlines at Ethiopia’s Addis Ababa Bole International Airport – one of the busiest airports in East Africa – Ethiopian was making history.

On that day, it became the first African airline to operate an international flight with an all-female crew. And it wasn’t just the in-flight cabin crew who were female, all on-ground flight preparations were carried out by women as well, including the flight dispatcher, ramp operators and air traffic controllers. 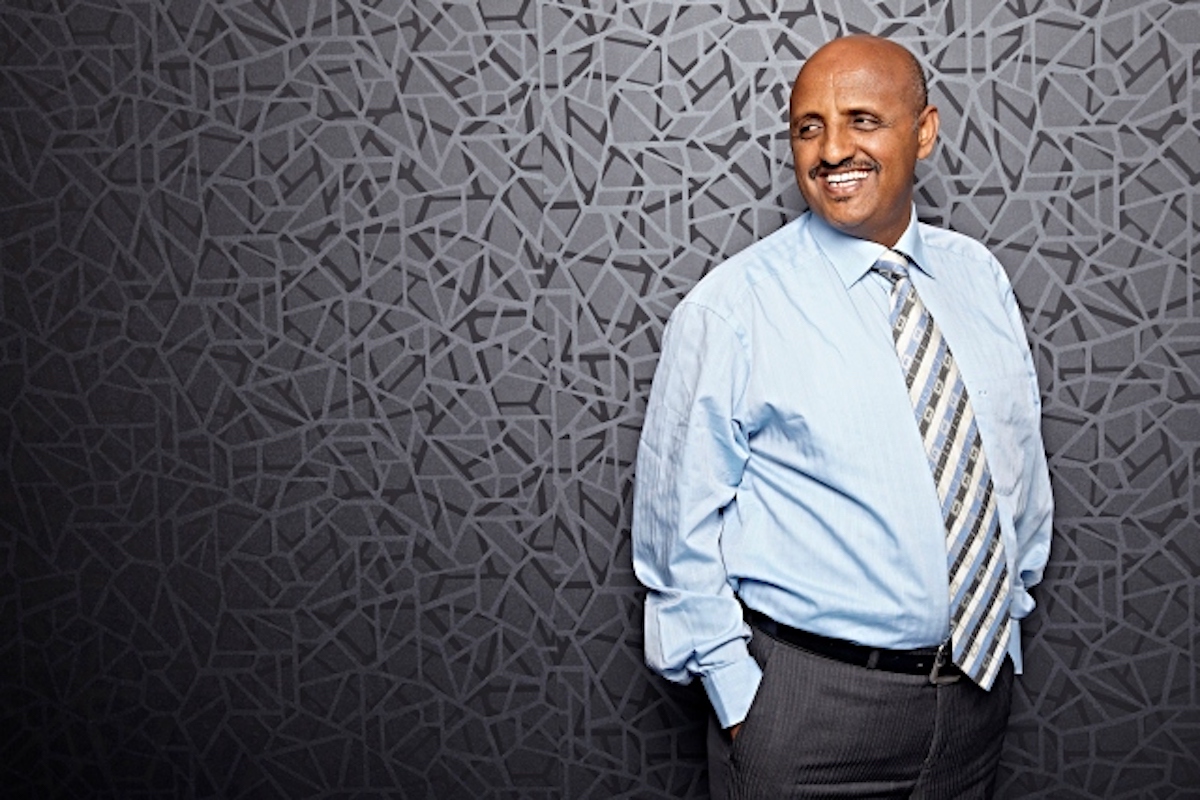 The flight took off from Addis Ababa and landed in Bangkok, Thailand, to the delight of onlookers on the ground below. And it was a day made even sweeter as it was on the eve of Ethiopian’s 70th anniversary.

“The feedback from our customers was very encouraging,” Group CEO Tewolde GebreMariam tells The CEO Magazine. “Besides travellers, UN Women also recognised our initiative and made me its Goodwill Ambassador to further advance the cause of gender equality at Ethiopian.”

More importantly, it was done to inspire young African women to enter the aviation industry at all levels, from top management positions to technical and operational roles.

Amsale was inspired to become a pilot after taking trips with her father to the airport to watch planes take off and land.

After high school, she applied to join Ethiopian Airlines, but was unsuccessful and instead studied a bachelor’s degree in architecture and urban planning at Addis Ababa University.

Her passion didn’t die, however, as four years later, Amsale reapplied to Ethiopian and this time was approved. Amsale graduated from Ethiopian Airlines in 2002 and after completing the necessary 4,475 hours as a co-pilot, she became a captain.

Her first flight as captain was in 2010, in a Bombardier plane flying from Addis Ababa to Gondar. Amsale cites the first female Ethiopian pilot, Asegedech Asfaw, as one of her heroes.

The company followed this achievement with another all-female-operated flight in December 2015, this time from Addis Ababa to Lagos, Nigeria. It marked the first domestic African flight operated by an all-female crew.

Another all-female-operated Ethiopian flight took off on 8 March the following year (from Addis Ababa to Kigali, Rwanda) to mark International Women’s Day. “We wanted to highlight the airline’s position as an equal opportunity employer,” Tewolde adds.

Ethiopian Airlines was founded in 1945, with its main passenger terminal at the Addis Ababa Bole International Airport. It is the largest airline in Africa by profit and revenue and has flights to more than 110 destinations in five continents.

Five years later, Tewolde was made CEO. Since then, he has made his mark as an impressive business leader, helping Ethiopian become the fastest growing airline in Africa.

It has been a busy eight years for Tewolde, as he has implemented several expansions, upgrades and new facilities to modernise the airline. “Ethiopian has taken the lead in phasing in ultra-modern airplanes such as the Airbus A350 and Boeing 787-9, making history in the continent with more than 100 aircraft in active service,” he says.

The company also inaugurated state-of-the-art facilities such as a new cargo terminal and a modern maintenance, repair and overhaul (MRO) hangar.

The hangar provides maintenance for Airbus, Boeing, Bombardier, Diamond and Cessna aircraft. It is also the first MRO facility in Africa that is able to repair GEnx engines of Boeing 787 Dreamliners, one of the most technologically advanced commercial aircraft. 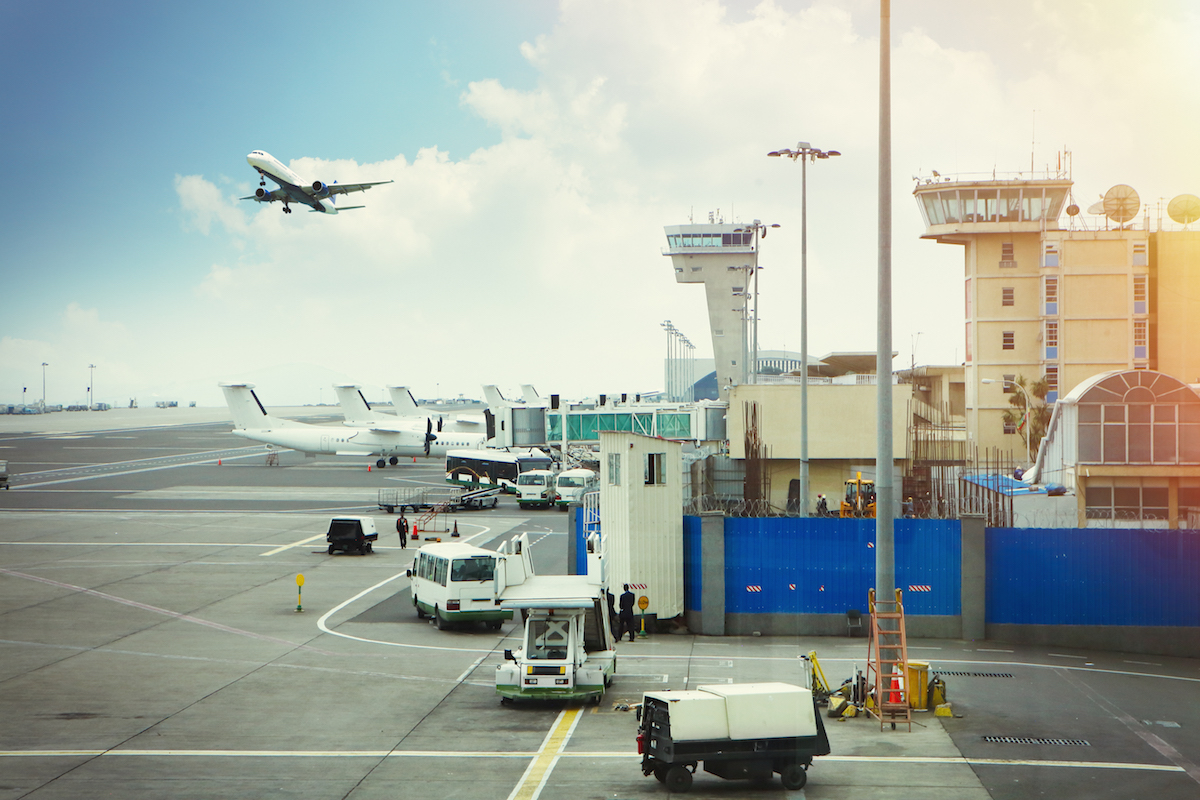 With Tewolde on board, Ethiopian opened a new catering centre – the airline’s largest. The centre can produce more than 100,000 meals per day, and provides in-flight catering and support services for more than 200 flights departing daily from Addis Ababa.

“The state-of-the-art catering facility has bolstered the airline’s self-sufficiency in catering services and created a capacity for the centre to provide long- and short-haul catering services for airlines in Africa going forward,” Tewolde says.

Ethiopian prides itself on its partnerships with other African airlines. It currently operates hubs in Lomé, Togo, with ASKY Airlines, and in Lilongwe, Malawi, with Malawian Airlines. The company has also entered an agreement with Zambia to revive Zambian Airways, which suspended operations 10 years ago.

Ethiopian has reopened routes to other African countries, in a bid to strengthen the movement of passengers across the continent. In 2018, it reopened flights to Mogadishu, the capital of Somalia, 41 years after the route was cancelled after the outbreak of hostilities between the two neighbours.

The large number of passengers travelling through Addis Ababa Bole International Airport presents a welcome problem for Ethiopian. “The major challenge at the moment is congestion of the terminal with the boom in passenger traffic,” Tewolde says.

“Though the terminal was initially designed to cater for around six million passengers per year, currently it is serving around 10 million.” To ease the congestion, the airport announced an expansion project, set to accommodate around 22 million passengers a year.

To help cope with these additional passengers, Ethiopian also increased its employee numbers to more than 16,000. “We’re contributing to job creation in the country,” Tewolde says. “When it comes to selecting the right people for the job, the company gets the very best. Ethiopian has been recruiting the best talent and building its human resources to drive its growth.

We have the best young minds. Every year, we recruit top scorers from universities across Ethiopia. Employees receive benefits packages as well as continuous training in the airline’s working environment.”

As someone who has been with the company for more than three decades, Tewolde’s achievements and leadership of the airline have not gone unnoticed.

He has received several accolades during his time as CEO. He was named African CEO of the Year at the 2012 African CEO Forum in Geneva; was the first CEO of an African airline to take home the Airline Strategy Award for Regional Leadership, awarded by Airline Business magazine; and was awarded the Gold Medal by Ethiopian Airlines’ board of directors for his exceptional leadership. 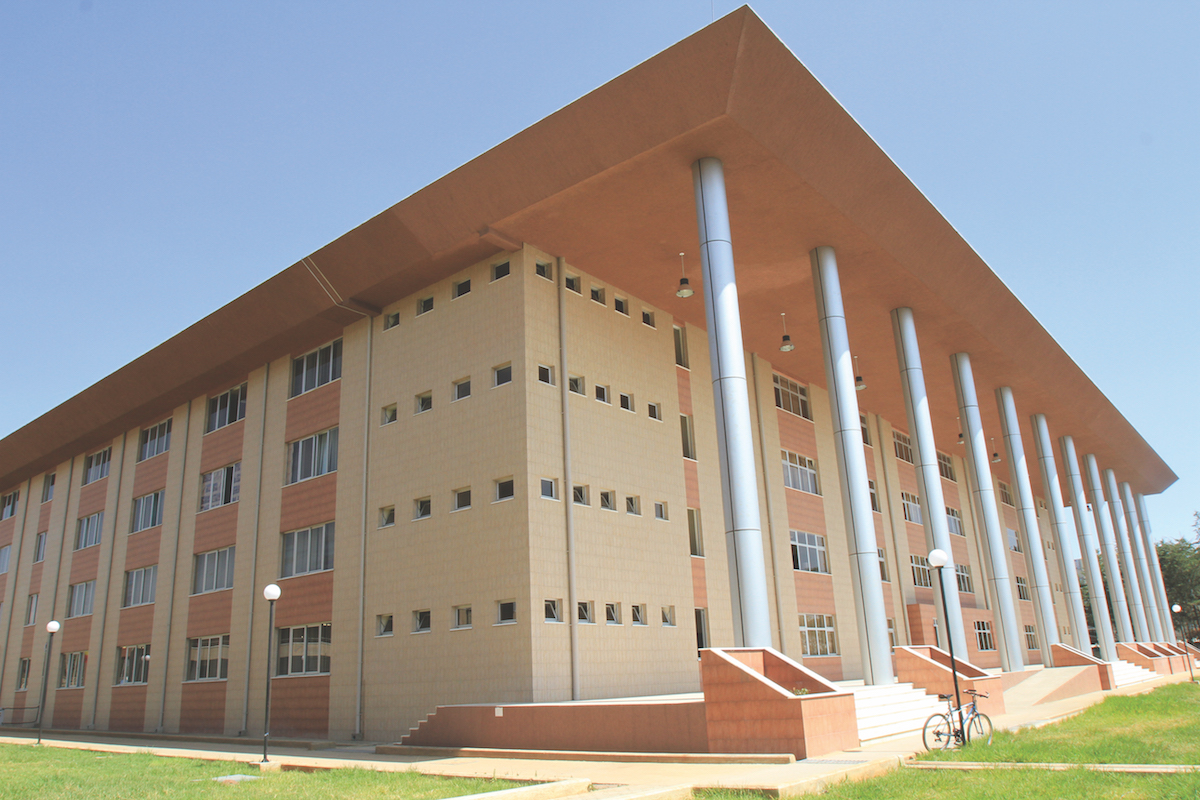 One of his highest honours, however, was being selected by former United Nations Secretary-General Ban Ki-moon to be on the High-Level Advisory Group on Sustainable Transport. The group included former mayor of Santiago, Chile, Carolina Tohá and Deutsche Post DHL CEO, Frank Appel.

“Members of the group and myself provide policy recommendations and global messages on sustainable transport by working with governments, the transport sector, businesses, financial institutions, civil society and other stakeholders,” Tewolde explains.

“The Group also promotes the integration of sustainable transport in intergovernmental processes, including making recommendations on the initiation and implementation of the post-2015 development agenda.”

Sustainability is something Ethiopian Airlines will continue to focus on in the future. “We are well aware of the need to embrace the evolving situation in aviation and environmental protection,” Tewolde adds. “We are modernising our fleet by acquiring state-of-the-art and environmentally friendly aircraft which reduce fuel consumption and carbon emissions.”

Ethiopian Airlines has a Vision 2025 strategy to become the top aviation company in Africa.

“We are investing in our fleet systems, facilities and human resources to sustain the growth we have been achieving,” Tewolde says. “And we want to continue forging partnerships with more indigenous African carriers, as part of our efforts to claim a fair share for African carriers in the continent’s aviation market.”

Ethiopian Airlines is the largest aviation group in Africa. It encompasses six businesses: 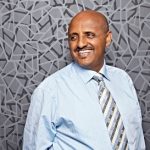