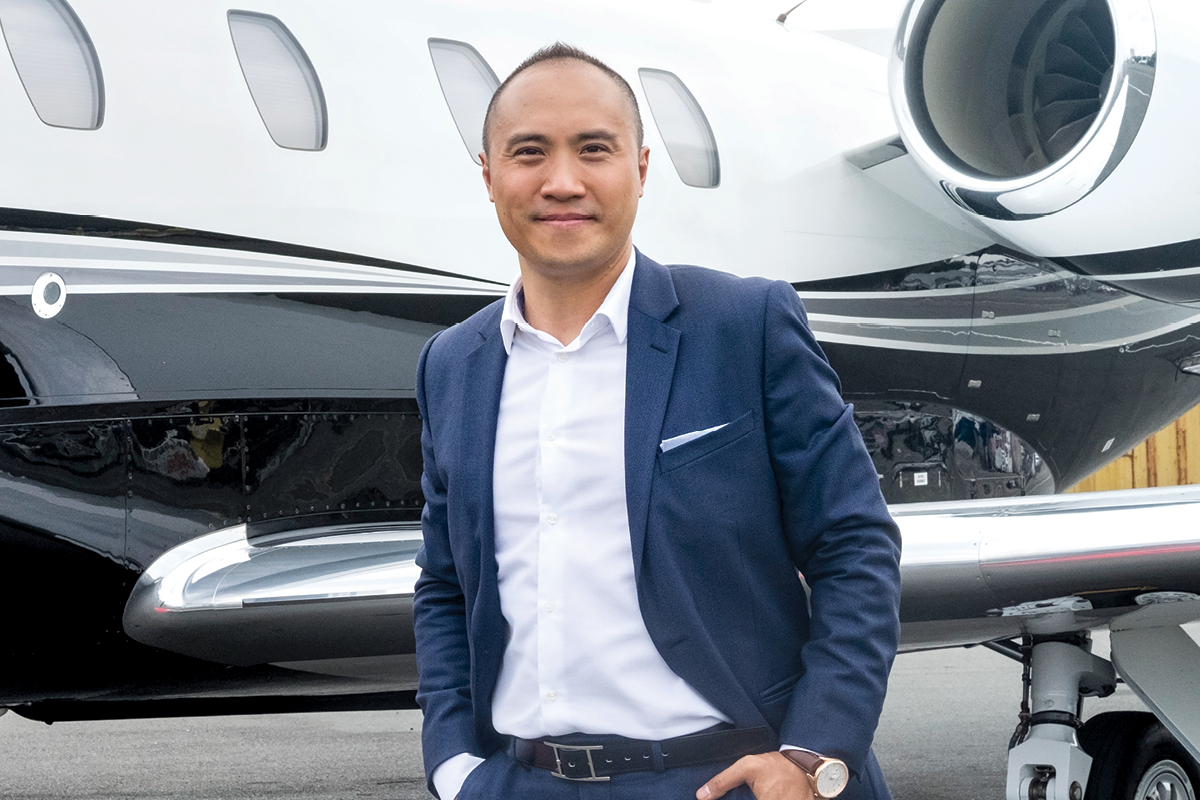 The delightful irony surrounding Thierry Tea is that, despite his business relying on being very much up in the air, he’s kept both feet firmly on the ground. In fact, the Chairman of PhilJets, whose logo boasts ‘the sky’s the limit’, believes that remaining grounded is what got his business flying.

Thierry’s humble practicality can be traced back to his family; his entrepreneurial grandparents and his refugee parents who were forced to carve out new lives. Both generations taught him the rewards of the hard work and humility that goes with success. It’s a sensibility he’s passing on to his own two young children, particularly when travelling.

Thierry might manage a fleet of private jets and helicopters, in a company with a total of US$120 million of fleet under management, but when it comes to family holidays, they fly economy with everyone else. “Sure, I’ve flown in a private plane, mainly for business, but it’s important the children don’t have unrealistic expectations. We want them to be grounded,” he says.

Thierry, who is French-Cambodian of Chinese origin, was raised in France, his gloriously silky French accent testament to his heritage. His parents met while studying there after the Cambodian War cut family funding, and both were forced to claim refugee status and find whatever work they could.

It was the stories his parents told about his grandparents running a successful business in Cambodia that triggered Thierry’s entrepreneurial passion in primary school. “My parents didn’t have the chance to own a business and made a lot of sacrifices for me and my brother to give us an education.

I wanted to be more like my grandparents and run my own business,” he remembers. Growing up in Paris, the language at home switched seamlessly from French to the Chinese dialect of Teochew, leaving a very young Thierry believing the melange was a language in itself. Meanwhile, a trip to the US in high school triggered his dreams for a completely different identity from his triple infusion of Cambodian, Chinese and French culture.

“I actually wanted to be really Western, and that first overseas trip to Philadelphia encouraged me to do an exchange program at Drexel University. It wasn’t until a friend convinced me to go to Taiwan in 1998 that I discovered Asia and decided to apply for an exchange program in Singapore studying business management. I had never wanted to live in an Asian area before and didn’t have too many Asian friends in school, but I really liked it and found I connected with a lot of my classmates.”

Internships in Hong Kong and Shanghai and two years at Airbus Helicopters Southeast Asia in Singapore followed, before Thierry joined Airbus Helicopters Philippines in Manila. Rising through the ranks to become President and CEO for five years, and Country Head for Airbus Group for three years, after restructuring and expanding the subsidiary, he decided to take the plunge into uncertainty and left the Group in 2012 to start his own business.

During his time at Airbus Helicopters, Thierry managed to sell 50 helicopters to a total value of US$180 million. As Airbus Group’s Country Head, the team, together with Airbus Commercial Aircraft, successfully achieved a deal for 70 planes with a total contract value of US$9 billion, under a single contract to one airline.

His plan was to venture into investments with the launch of Starline Global Industries, an aerospace and infrastructure holding and trading company, followed by a private equity and emerging market seed funding firm Negocia Ventures in Cambodia.

It was Thierry’s wife, Lynda, also an entrepreneur, who suggested he should stay networked with aviation in the Philippines. Once again, Thierry relied on being grounded to get his business in the air. “I was already about 31,” he reflects. “It was a mindset challenge coming from a very structured and organised environment to having to develop everything yourself. In the beginning you work super hard and you have to be really grounded.” “We wanted to build a NetJets, but realised quickly that business tycoons in the Philippines, and Asia in general, want to own their own aircraft; they don’t want to share with other people. So, we pivoted and, from zero, now manage a fleet of 10 helicopters and six jets, and we have started to buy our own aircrafts.

With a new CEO this year and a more professionalised management team who recently joined PhilJets, we aim to have about 15 more aircrafts over the next three years to double our fleet and expand into leasing and financing regionally in Asia,” he says.

“We are very customer-focused and tailor solutions to customers’ needs by adding a lot of different technologies and services. While we support the specificities of the local regions, which vary in Cambodia and the Philippines, we provide international service and our clients appreciate that.”

Today, after six years, his Singapore-based investment holding company, Negocia Group, has grown its portfolio to digital, real estate, agriculture, retail and, of course, aviation. In the digital space, the Group recently backed the launch of Wayhome, a real estate rental portal in South-East Asia.

Meanwhile, life at home is also international, with Lynda running a successful rice export business, and his two young children already fluent in English, Teochew and French, while also learning Mandarin and Cambodian. Family is a priority for Thierry, who thinks back to his own father’s valuable advice.

“My parents were rich, then became poor and had to work very hard to become middle class,” he reflects. “My father and grandparents taught me to put family first, to treat people with respect, to stay humble and not think that you are better than anyone else. The world is small and it turns, so you will always meet people again.” 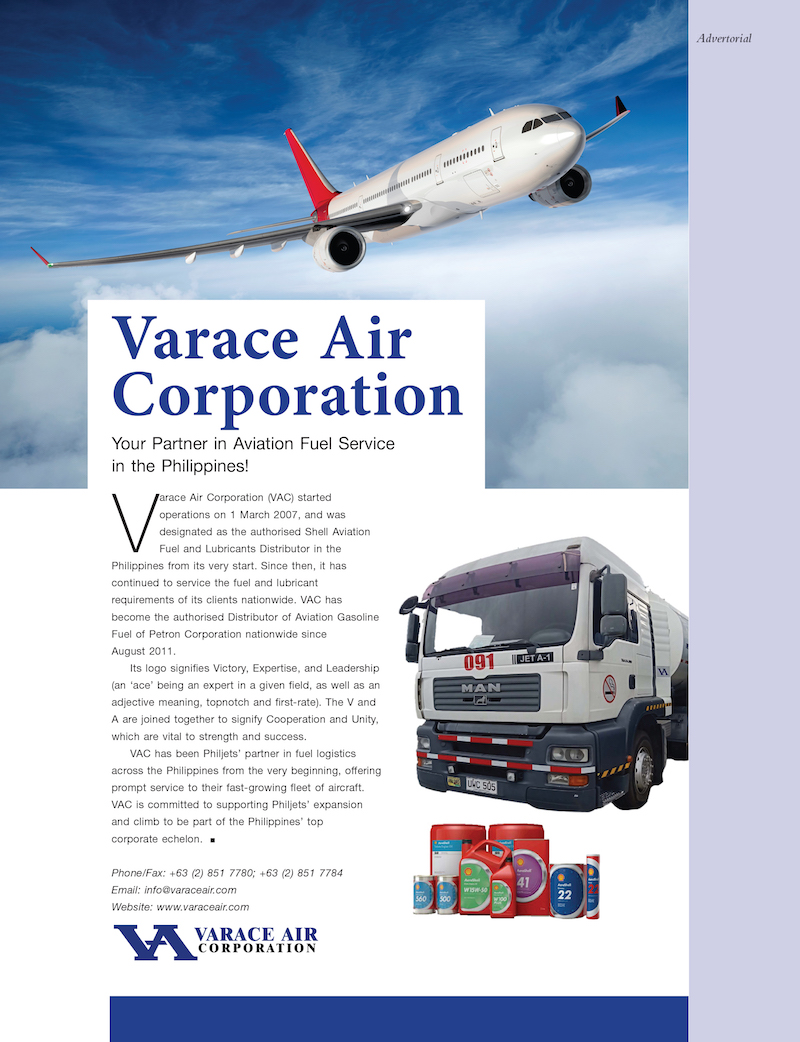