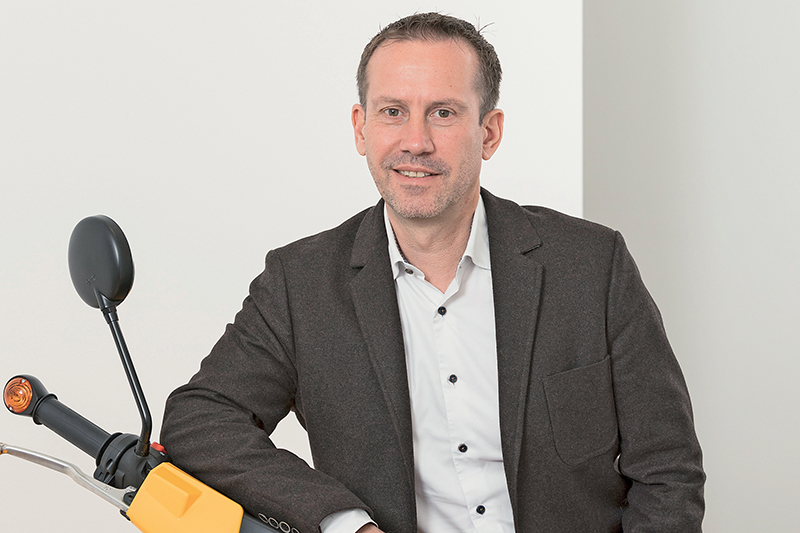 For Thomas Grübel, the path to the future is clear. “The only way we can change the world is by accepting the new,” he says. To this end, the Founder of electric scooter company Govecs Group dreams of an ideal world where there will only be electric vehicles on the roads. “In 20 years, I expect that 100% of all vehicles used in urban territories will be electric,” he goes on.

“Long-range vehicles will be hybrid, powered by fuel cells with battery storage on board. I do very much hope that today’s fossil fuel-powered vehicles will have vanished by then.”

In fact, this is a vision Thomas has been actively working towards for the past 22 years. His interest in electric vehicles began in 1998, when he transformed a simple kick scooter into an electric-powered one.

“The product was most likely the first ever EU-approved electric scooter with more than 3,000 units sold,” he recalls. Following this success, he was hooked. In 2003, Thomas modified a gas scooter into an electric version that met the requirements of the L1e segment under the EU’s vehicle classification.

To qualify, the vehicle had to be two-wheeled with a maximum speed not exceeding 45 kilometres per hour and a maximum continuous rated power of not more than four kilowatts. This would eventually be known as the E-Max, which marked Thomas’s foray into the big league of electric vehicle design and manufacturing.

According to him, more than 5,000 units of the scooter were sold in the US and Europe. Following the acquisition of E-Max by Chinese company Vmoto in 2010, Thomas set his sights on a new dream: to build a global company that manufactures high-quality electric scooters wholly made in Europe. This brings us to his current venture, Govecs.

“The establishment of this company is a result of my addiction to the electric scooter industry,” he says. “Cars have never been of interest to me. In an increasingly urbanised world, agile electric scooters fit better into cities. You can easily avoid traffic jams and have no problems finding a parking space.”

Today, a little more than a decade after the company’s founding, it claims to be the leading manufacturer of light electric vehicles in Europe with a team numbering more than 230 working out of its headquarters in Munich and production facility in Wroclaw, Poland. The latter has the capacity to build up to 20,000 vehicles annually. 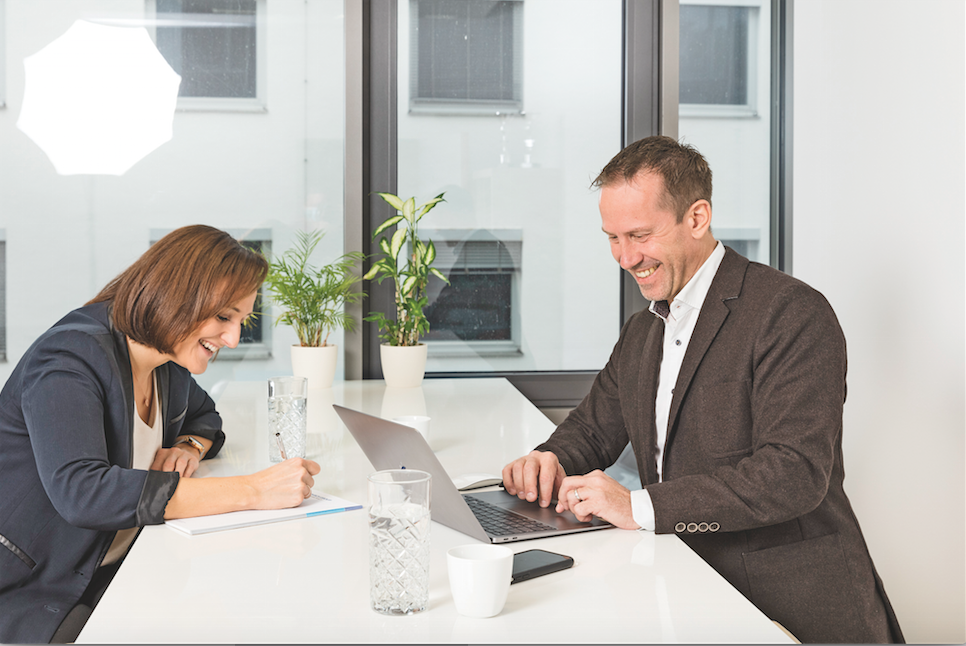 Business has been going well and Thomas is not surprised. He describes the industry as rapidly growing and increasingly important. According to him, the year-on-year growth for electric two-wheel vehicles in Europe is around 60–70%. “The way humans commute will completely change over the next few decades,” he predicts.

The COVID-19 pandemic has only whet the consumer’s appetite for change. Unexpectedly, this has had a trickleon effect on the electric vehicle sector, even while a large majority of the population was staying home and not driving anywhere.

Cars have never been of interest to me. In an increasingly urbanised world, agile electric scooters fit better into cities. You can easily avoid traffic jams and have no problems finding a parking space.

“There is a clear trend towards greater transparency,” Thomas explains. “Consumers want to know where a product has been manufactured, where its components come from and whether it has been fairly produced. Products need to be truly sustainable.” Govecs, with its made-in-Europe vehicles, is well positioned to thrive.

“Sustainable production is what we are already doing, but we will do it better with our new and future models,” he says, revealing that the firm has plans to switch to using only European-manufactured components.

One of the latest additions to Govec’s range of products is the Elmoto Kick, an electric kick scooter with a top speed of 20 kilometres per hour and a maximum range of 20 kilometres. Designed in conjunction with German power tool and garden equipment manufacturer Einhell, the vehicle runs on the same batteries that are used in Einhell’s Power X-Change battery platform.

These batteries are already universally used in more than 170 Einhell devices, enabling them to run cordlessly. By creating a scooter that is compatible with a multi-use battery, Govecs is taking a step towards reducing electrical waste. 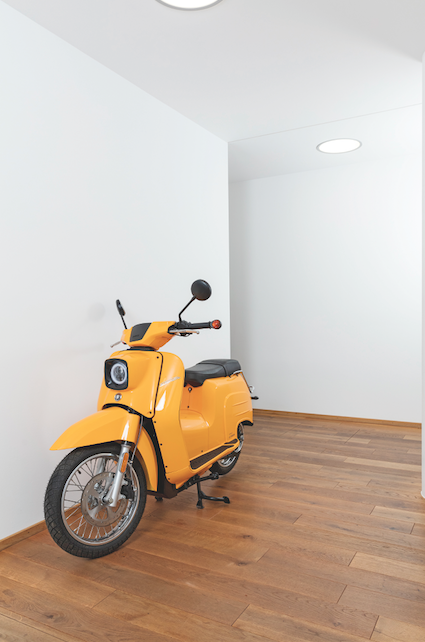 “Today’s two-wheel product must offer much more than just taking its rider from point A to B,” Thomas points out. Besides meeting sustainability expectations, he also cites the need to develop supporting digital solutions compatible with the Internet of 0Things and apps that may enhance the user experience of the vehicles.

“The Elmoto Kick is just the beginning of more products to come from Govecs that will serve the micro-mobility sector.”

But more than just coming up with innovative products, the company also hopes that it can inspire new and more sustainable ways of looking at mobility. In fact, it considers itself a pioneer in ridesharing, having delivered a fleet of share scooters in San Francisco as early as 2015.

Its vehicles also make up the fleets of several ridesharing companies in Europe, including Cityscoot in France, Felyx in the Netherlands and eCooltra in Spain, Portugal and Italy. After half a decade of partnerships with various ridesharing firms, Govecs finally started its own in 2020 in Stuttgart, Germany, called Zoom Sharing.

For the most part, the future looks rosy for Govecs. But Thomas acknowledges there are more obstacles to overcome. “We are still learning to use electric vehicles and most concerns revolve around performance factors, especially charging times and travel range,” he admits.

“Consumers prize safety and, to most people, this is still synonymous with vehicles having a long range. But I am sure that over time, smaller and more flexible solutions will gain importance as we learn to function with electric vehicles. We have to accept that changing mindsets takes time.

“The question is, how much longer can politicians and the industry keep making decisions based on economic competitiveness instead of focusing on holistic solutions to the massive climate challenge humans have created for ourselves? Each of us has to learn to back off from our personal interests to realise the changes that we all need. Otherwise, we will suffer.” 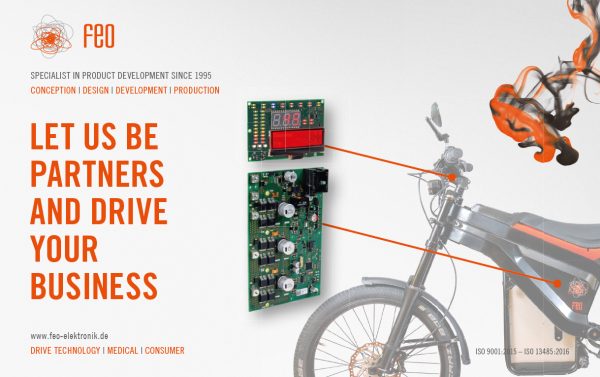