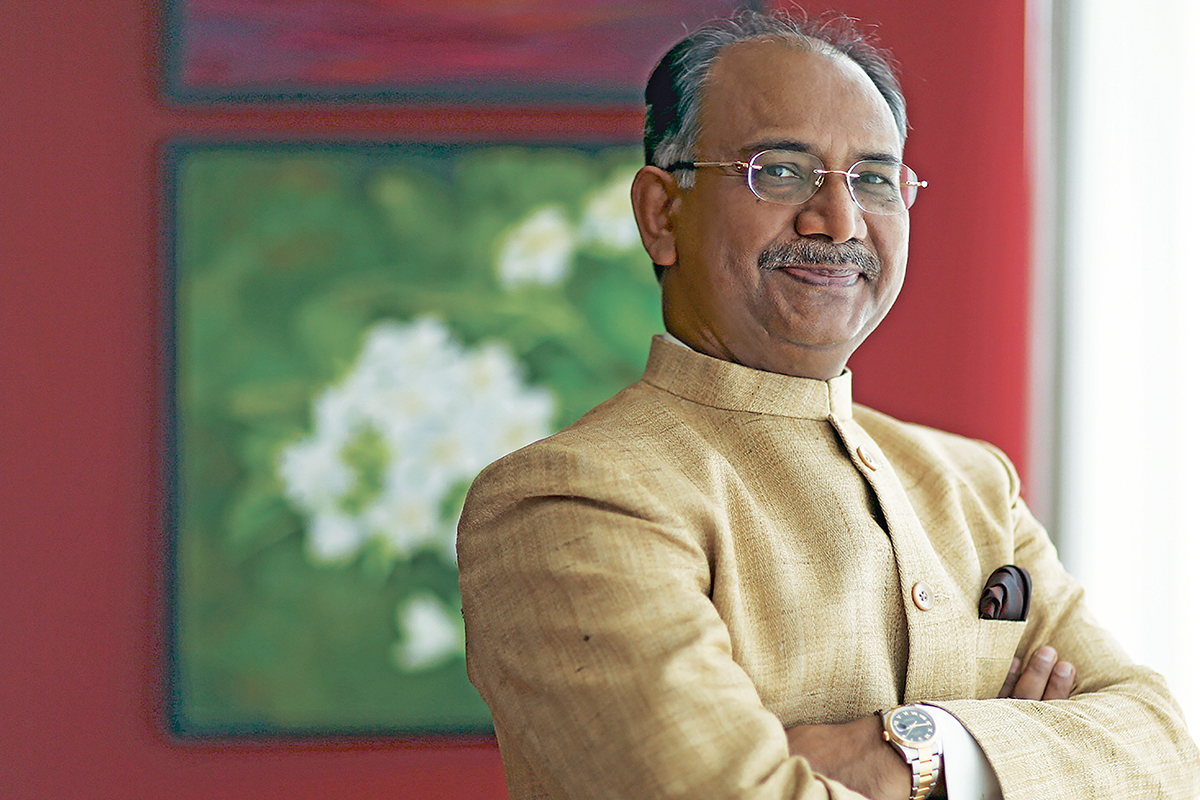 Gujarat Narmada Valley Fertilizers & Chemicals (GNFC)’s Dr Rajiv Kumar Gupta is focused on creating shared value. “A company should fulfil social objectives and make a contribution towards building social ethics,” he explains. “Some companies see CSR as putting aside some money for helping people, but here, CSR activity is inbuilt in the business idea.”

The company produces a range of industrial products, mainly chemicals and petrochemicals, agricultural products, fertilisers and complex fertilisers, including ammonia, urea and ammonium nitro-phosand acetics India’s only producer of toluene diisocyanate (TDI) and acetic acid, and is the leading domestic producer of both aniline and formic acid.

Dr Gupta had previously worked in the public sector, including stints as an adviser in the Prime Minister’s office in Turkey and as Managing Director of Tourism for Gujarat and Executive Director for Sardar Sarovar Nigam Gujarat. This background proved invaluable at GNFC, a joint venture between the Government of Gujarat and Gujarat State Fertilizers & Chemicals (GSFC).

He pays tribute to the role Indian Prime Minister Narendra Modi played in boosting the company’s fortunes and the area’s economy. “Under Modi, a stable bureaucracy has produced strong results. You can only contribute when you have time and stability. I have the full backing of the government at GNFC, with no interference. This is a professional and MD-driven company. The government has representation on the board but it interferes little in the day-to-day running of the company.”

In addition to having a reputation as a socially responsible company, GNFC has established an enviable market position due to its ability to produce chemicals that no other plants in India are making, as well as its high levels of plant capacity utilisation. But it was a different story when Dr Gupta joined GNFC in 2013.

“At that time, the company was battling on many fronts,” he recalls. “The most formidable challenge was the TDI-II plant.” The construction project was four years behind schedule and the plant was losing money every day. Dr Gupta’s first mission was to make the plant operational, then to ensure it became sustainable and, finally, profitable.

“Within six months, we made major decisions about technical improvements for critical components and machinery. These plants are very complex and hazardous, so we needed to be highly safety-conscious.” Adding to the difficulty was the fact that such plants take time to stabilise and produce a consistent product. In the first year of operation, the plant had to be shut down every 15–20 days and many parts had to be replaced.

Even when the plant finally became operational in 2014, the obstacles kept coming as competitors engaged in cartel behaviour and predatory pricing. “That was a big challenge,” Dr Gupta recalls. “Our production costs were substantially higher than the prices they were charging for their products. But we evolved a bold and aggressive marketing strategy and, within four to five months, we were able to face this cartelisation. We were able to gain substantial growth in the local market.” The company also worked hard to get an anti-dumping duty imposed on the companies trying to force it out of the market.

The next phase was making the plant profitable; this required finding buyers outside India. GNFC was also under a statutory obligation to export a certain quantity of its product. Dr Gupta reports this task was also successfully completed. “From near nil exports, we are now exporting to 66 countries across the world and completely dominate the African market, with almost 40 countries there. We are exporting to Latin America, the Middle East, Asia and Europe, and this is continuously increasing.”

This international growth has led to sound financials and Dr Gupta reports that, in FY2018, GNFC reached the milestone of registering its highest-ever financial results in 42 years, with a turnover of INR6,058 crores. The company registered its record profit before tax of INR1,162 crores, a 63% increase over the previous record. PAT, at INR790 crores, and EBITDA, at INR1,532 crores, have grown by almost 51% and 31% respectively, compared with last year.

Exports have been a major driving force in company’s growth with a contribution of INR629 crores in revenue, 74% higher than last year. Domestic sales trended upwards as the company increased its market share in TDI from 49 to 65% of the Indian market, an improvement Dr Gupta attributes to GNFC’s strong dealer network, extensive feedback system, and capacity to deliver large orders on time.

In 2015, Prime Minister Modi announced that all urea produced with government subsidy must be coated with neem oil before sale, to prevent it from being illegally diverted for non-agricultural purposes. Dr Gupta says this was a visionary move.

This change in policy greatly increased demand for neem oil, which is harvested from the seeds from neem trees that are only harvestable during a 45-day window before the rainy season. Unlike other crops, these trees have never been grown commercially and are scattered across villages with many people having a tree or two in their yard.

Dr Gupta was undaunted by the considerable logistical challenges of harvesting the seeds. “I thought we should try and produce neem oil ourselves,” he says. “So, we created a vast network of neem seed collection by leveraging all kinds of community structures available in the villages: self-help groups, NGOs, water committees, cooperatives and many others, primarily focusing on women.” This network eventually extended to almost 6,000 seed collection centres across 7,000 Indian villages.

The idea was to have collection centres within a kilometre of every seed collector and that the women collecting seeds would be paid for their work the same day. Many women formed into teams and rented small trucks to gather the seeds. The social impact, Dr Gupta recounts, was incredible, with women using the money they earned to buy cows and buffaloes for farming, establish shops or invest in education for themselves and their children. “This money changed the lives of the women; it empowered them,” he says. “Many of the women had never purchased jewellery in their lives. With this money, they were able to purchase silver jewellery. I get a lot of satisfaction when I hear these stories.”

“This money changed the lives of the women; it empowered them.”

The neem seeds are self-combustible, so further work was generated in packing, repacking and aerating them. Around 3,000 trips were made and required four to 6 people per unloading. The process stimulated significant economic activity and Dr Gupta says it even decreased domestic violence in communities. “Social emancipation goes hand in hand with economic emancipation in many cases,” he notes.

The project didn’t stop there. Faced with a surplus of neem oil, Dr Gupta decided to look into making other products with it. He settled on something that evoked nostalgia. “Any Indian over 35, has played under or climbed up those neem trees. I recalled those childhood memories and thought: ‘Let’s make neem soap’.” He studied the existing neem soaps on the market and found they only had 0.1–3%f neem oil. He decided to blow these products out of the water by making a soap with 21% neem oil content.

Dr Gupta then set about building a soap plant and training women to operate and maintain it. The workers at the plant were then officially certified as soap-makers in a project coordinated by the National Skill Development Corporation. Operations at the plant later extended to the production of neem glycerine soap, and neem-based handwash, shampoo and hair oil, as well as India’s first neem-based mosquito repellent. The company then worked with Big Bazaar, fair price shops, police and defence canteens across the nation to make the neem product range available in 21,000 retail outlets across India. The aim is to expand this network to 50,000 by the end of the next financial year. 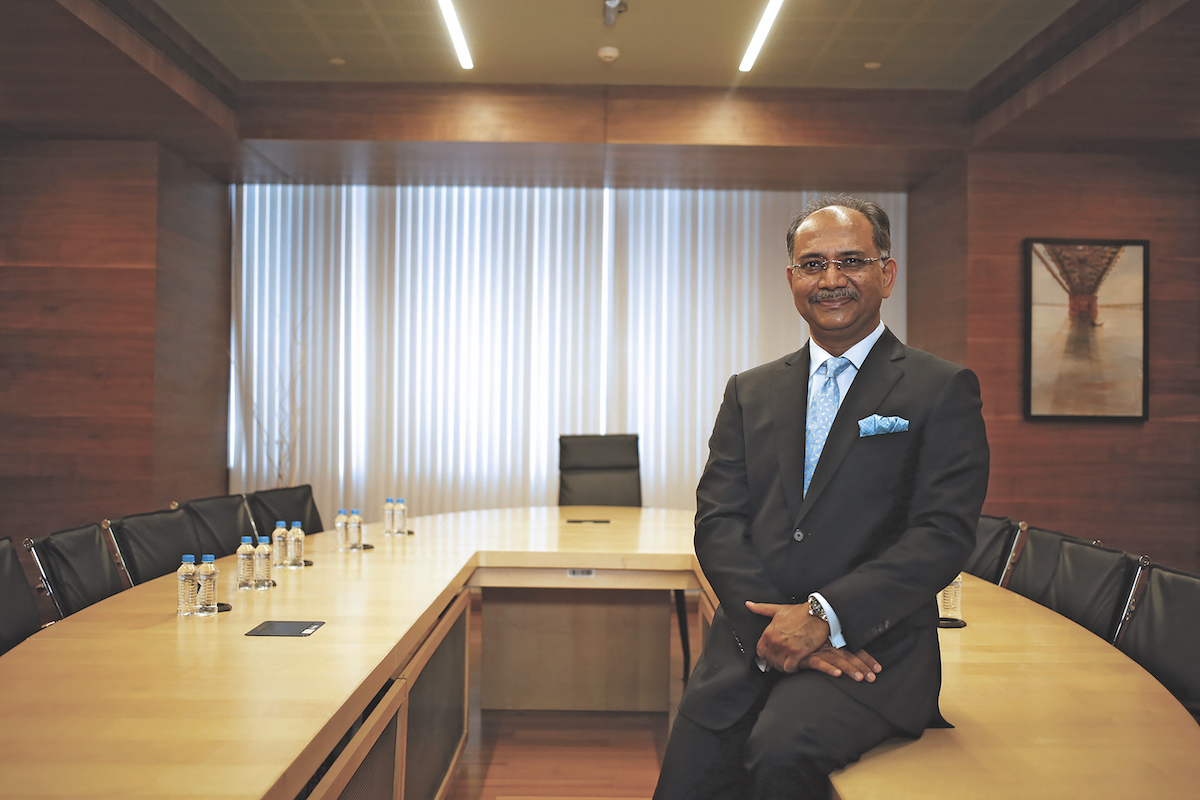 Among the most important ideals at GNFC is a commitment to maintaining the highest safety standards and a dedication to protecting the environment. “We put a lot of emphasis on these areas,” Dr Gupta affirms. “They are foremost among our values and we take our statutory obligations seriously.”

GNFC is also an innovative company and is playing a role in Prime Minister Modi’s vision of a digital India. To date, it has sold more than 3.5 million bags of fertiliser without cash, a feat Dr Gupta points out is unmatched by any other company in India. It has also facilitated more than 100 industrial townships transitioning to a cashless economy.

For Dr Gupta, benefiting the wider community begins internally. “We believe in taking care of our employees. We firmly believe in fulfilling the aspirations and dreams of our shareholders, and that a satisfied workforce is fundamental to company growth.” These beliefs have been translated into action – last year, the company gave its workers their highest-ever bonus and declared its highest-ever dividend of INR7.5 per share (75%) in FY2018.

“We firmly believe that a satisfied workforce is fundamental to the growth of the company.”

GNFC has also embarked on a pilot program with a polyurethane foam mattress manufacturer to produce affordable mattresses to lift the quality of life for people in rural communities. Currently, many people in villages (where the majority of the Indian population reside) sleep on bamboo chatais, cotton mattresses or handwoven dhurries. These are all susceptible to mite infestation, which causes a range of health problems.

The company has also been active in developing educational facilities. It has sponsored a College for Science, Technology and Commerce and operates a school in the township of Narmada Nagar. In the same town, it also built a facility for its workers in bucolic surrounds. The centre includes a 32-bed hospital, a temple, a swimming pool, an open-air theatre, a golf-course and a clubhouse. The idea is to encourage the staff to get together and have somewhere to relax outside work as well as contributing to their overall health and wellbeing.

The concept of shared value extends to forging mutually beneficial partnerships with other companies. Dr Gupta is proud to report GNFC has successfully worked with leading technology suppliers such as GE Energy, British Petroleum and Johnson Matthey, and has shown a capacity to leverage its expertise and quickly absorb their processes. “A lot of these suppliers have been with us for over three decades. We have very stable, long-term relationships, and have never dropped out of contracts due to disagreements or problems.”

Another joint venture the company is undertaking is its partnership with Belgian technological solution provider Ecophos. Together, the two companies will produce dicalcium phosphate from hydrochloric acid at an eco-friendly and energy-efficient plant. It’s just the latest in a long line of groundbreaking and commercially canny moves made by the company. “On many fronts, GNFC has been a leader in India,” Dr Gupta notes. “We have introduced many innovative products and processes.”

The neem project won recognition from Prime Minister Modi, who inaugurated the Neem complex at GNFC. The company also won the Porter Prize twice, which is named after the Harvard academic Michael E Porter. The prestigious accolade recognises strategies that better the company and communities.

Porter pioneered the concept of creating shared value. “This means the company has to grow, generate new business ideas, maximise profits and excel in both production and monetary value. Our company is doing great business and earning a high profit, but it is also fulfilling social objectives and needs,” says Dr Gupta.

“Our company is doing great business and earning great money, but it is also fulfilling social objectives and needs.” 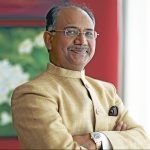