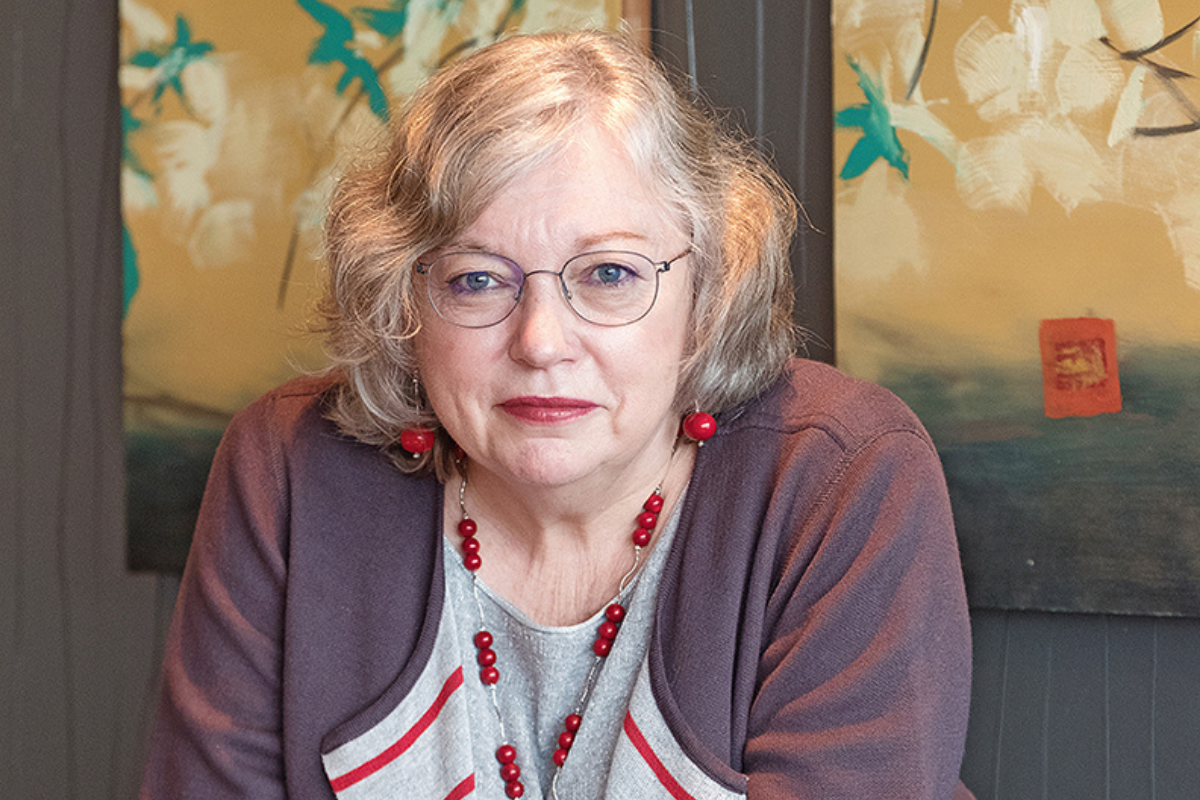 When asked about the inspiration behind Integra Petrochemicals, CEO Gina Fyffe’s answer is straight to the point. “I needed a job,” she admits. “It was quite simple.” She had been let go, in less than pleasant circumstances – Gina ended up having to go to court to ensure she was paid what she was owed, and then the company she was with collapsed.

Before that, Gina had been with Exxon Chemical, and her former boss there said to let them know if she ever wanted to come back, but she wasn’t entirely sure if that door really was still open.

In that interlude without employment, she found herself attracting offers from trading companies to set up businesses. Rather than take up one of those offers, Gina decided she’d try the industry on her own terms.

“The world was changing and I felt that there was a place for a company that really understood the logistics, the supply chain and the product, and could quietly help balance supply and demand in the background,” she recalls.

“People were saying to me, things like, as a trader, if you do five deals, you break even on two, you lose money on two and you make a lot of money on one. And that did not sound like the way that I wanted to do things.

“I very much believed then, as I believe today, that you’re in business to have a win–win relationship. That’s the long-term, sustainable way of running a business. So I felt there was an opportunity for somebody with my skills to try and do it themselves.”

Within four months, the fledgling Integra had achieved its first deep-sea cargo between Europe and the US. Even so, Gina only expected the business to last about five years – even though she’d decided to operate in an as yet empty industry niche, she didn’t think it would be long before the major petrochemical companies moved in.

That was more than 30 years ago. Today, Integra Petrochemicals is a global petrochemical trader, with an annual turnover of some US$1.5 billion. It’s a huge achievement and a long journey for Gina, who was the second female graduate recruited into marketing, the fifth woman to work on Exxon’s UK petrochemical complex, and the first who wasn’t an engineer.

It’s hardly surprising that the petrochemicals industry was male dominated when she started out in the industry, not least because it was still the 1980s. To operate in an environment that she describes as sexist, she had to get creative with calling out bad behaviour.

“At one point, I had an awards program and because I was a planner, it was called the Planner’s Pig of the Month,” Gina laughs. 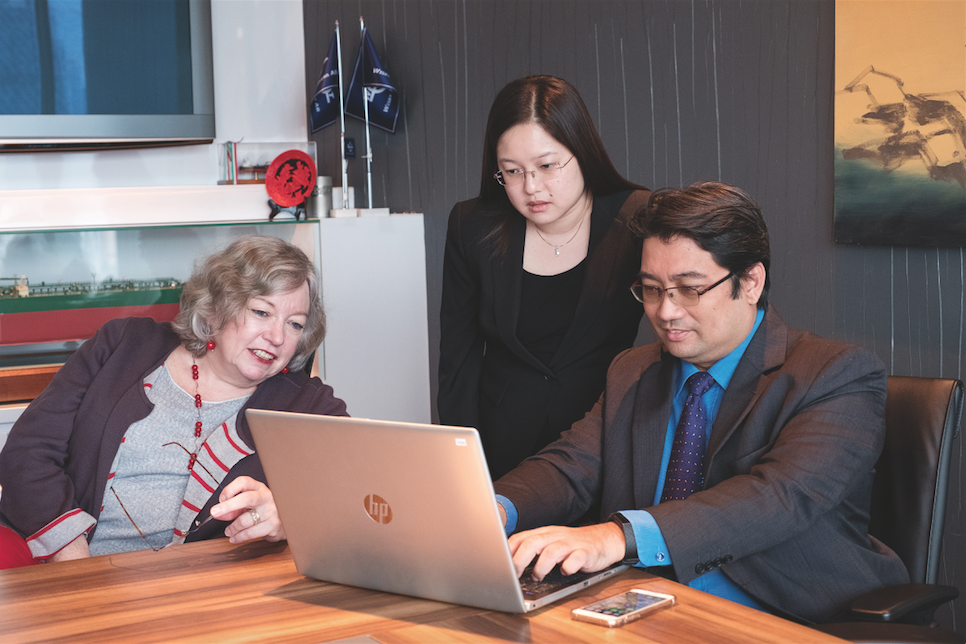 “I used to award that on a Friday to the guy in the plant who had been the most difficult person that month. Most of them took it with good grace and we’d laugh, and he’d make even more fun of me, but at least had become aware of his inappropriate behaviour.

“But, you know, it was important that they knew that they were the people who had made my job more difficult that month. I felt if I did it with humour, then that was probably better than being aggressive. In fact, when I went back to marketing after two years, the guy who’d won it the most asked to keep it. And in return he gave me a very nice cartoon drawing and a little poem, which was very sweet and apologetic. I think he actually learned as much from those experiences as I did.”

Even today, Gina doesn’t believe the industry is perfect by any means. She used her leverage in the industry to co-found WISTA (Women’s International Shipping and Trading Association) in 1974 as a way to encourage women to network with others in the industry, when their lack of seniority meant they typically weren’t invited to industry events.

But these days, her views on WISTA (in which she is less active now, having long ago passed on the baton to others) revolve around disappointment that the organisation still needs to exist. “It should be laying down with the dinosaurs by now, but it isn’t,” she says.

“We still don’t have gender parity in our industry, and organisations like WISTA are still very much needed. There are still certain perceptions about women being able to be in trading or shipping, and that it is more difficult for women. But I haven’t seen over my career that men or women do it better than the other. They may do it differently, which is not a negative, but I don’t think the whole conversation should be about women versus men – it should be about having the right person doing a job.”

Gina is adamant that factors like gender, age, sexuality and ethnicity should play no part in employment or recruitment, and that this is central to Integra’s human resources processes. Alongside the Integra team, she has endeavoured to create an environment where differences in identity are simply unremarkable.

My greatest skill is finding people who are better than i am at all sorts of tasks and jobs.

“Nobody notices and nobody cares – we are colleagues working together,” she shares. In many ways, it seems she’s succeeded; Gina says Integra employs a roughly equal gender split, with employees from their 20s to their 70s, speakers of some 20 different languages and followers of numerous faiths (or no faith).

Through her industry advocacy for gender parity, Gina has observed a widespread desire to achieve this. A few years back, she helped hold the first masterclass on women in the industry in the Middle East, in Dubai, which received a lot of support for equality of all kinds.

She also notes that gender equality will remain difficult, given that the problem starts in schools, with fewer girls pursuing STEM subjects. Ultimately, Gina explains, the problem can’t just be solved in the workplace.

“As parents, we have an obligation. I want my son to treat women equally. I don’t want my daughter to feel disadvantaged, but I also don’t want her to think she has special advantages,” she says.

“I want them to live in an environment where diversity is considered normal.” Despite the sizeable changes she’s driven in the industry, Gina has a somewhat humble perspective on her own role.

When asked what leadership means to her, she says she’s not altogether sure she is a leader, though she defines a leader as someone other people want to follow. And that humility again shows itself with her belief that, as head of Integra, she possesses one talent that’s ensured three decades of the company’s prosperity.

“I’ve thought about this for a long, long time, and I’ve concluded that I think I’ve been successful because I have one particular skill,” Gina explains.

“It would be great to be able to distil and bottle it. My greatest skill is finding people who are better than I am at all sorts of tasks and jobs, and have better skills than I have in different fields. The second part of the skill is to motivate and retain them over the years.” The way Gina talks about her career path shows similar humility.

“People have often asked me why do I do the things that I do, where do I get the ideas? I think it’s because I’ve never really had an endgame. I’ve never wanted to be the marketing director or CEO of Exxon or the managing director of a shipping company, or anything like that.

“I’ve always taken steps forward, but never to an ultimate goal. So, with each achievement there is always another goal to focus on.”