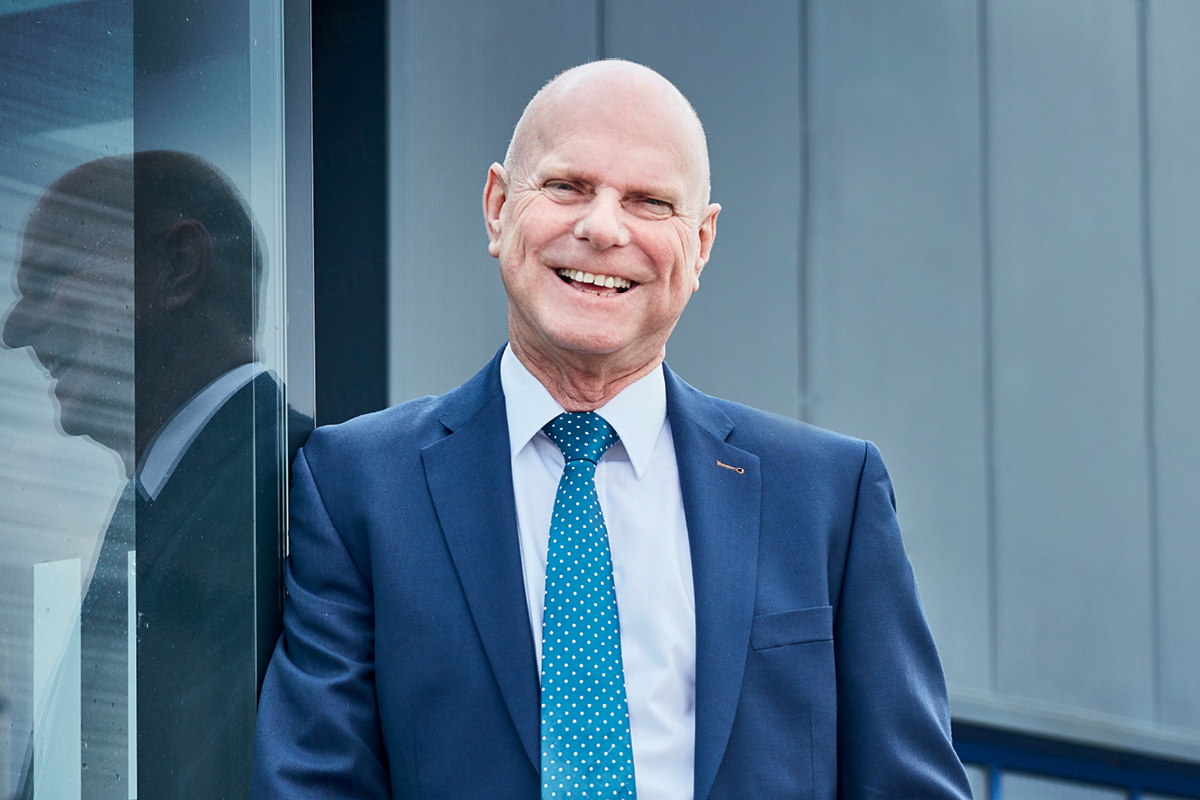 Want to know how a company stays in business? A good person to ask would have to be Stahl Holdings’ CEO Huub Van Beijeren. There are different paths to success in any business, but for someone so calm, and who has seen year-on-year success like Huub, it is rather simple.

“Organic growth is the safest growth you can have, because you know what you are doing, and when you do, you can convince customers to buy more from you,” Huub says. “That is, in itself, a very good goal.”

The CEO Magazine last spoke to Huub in 2017, after he had celebrated 10 years at Stahl as CEO. At the time, he spoke of Stahl’s potential to become a market leader in the leather chemical sector.

Speaking to him again, it is clear he has the nous and the energy to carry on for at least another decade. Stahl Holdings is celebrating its 90th anniversary this year in the chemical business.

A lot has changed since Harry Stahl started a small company in the leather tanning industry in the midst of the Great Depression. But it’s really in the last few years where things have taken off, according to Huub.

“We have become not only a bigger company, but I think also a better company. And how did we do that? We saw the opportunity as entrepreneurs to become just that – a bigger and better company.”

These objectives are important for a brand such as Stahl because the challenges facing anyone in the chemical industry are not going anywhere. Stable growth is at the forefront of Huub’s mind, but it isn’t just about that – it’s about sensible strategy as well.

After taking over Clariant Leather Services in 2015, and following the acquisition of BASF Leather Chemicals in 2017, Huub has led Stahl to consolidating its position within the market and, without question, making Stahl Holdings the leader in chemicals for leather products and high-performance coatings.

Leading the market is not without its own set of obstacles, however, as Huub is quick to admit. “The challenges we are facing in the marketplace are huge,” he says, pointing out that sustainability is changing everything.

“I think 10 years ago, the word was hardly used, and now it’s probably one of the most often talked about ideas,” he notes. “Not only is it used by us, but we really believe that this is the future and that this is creating opportunities for us.”

It is not solely the marketplace that makes Huub think about the impact the work that companies such as Stahl can have on the world. “I have five children and five grandchildren, and I want them to live in a good world,” he says thoughtfully.

Founded in 1930 by Harry Stahl in Peabody, Massachusetts, Stahl began working on leather finishes for the tanning industry. By focusing on the processing side, Stahl enabled American tanners to concentrate on producing high-quality leather products. Stahl moved its headquarters to Waalwijk, the Netherlands, in 1990. By 2017, Stahl had consolidated three of the five major companies in leather processing worldwide, ultimately becoming the industry leader.

“It is obvious that there is climate change, and we should do a lot about it to make sure that our children and our grandchildren are also able to live well. That is a big challenge for this industry.”

Sustainability is important in any business, and for the chemical industry, in particular, it requires not only strong leadership from the top, but a continuous drive for innovation. “Out of 1,900 people in the company, 100 of them are purely working on R&D,” Huub says.

“These are people you could call ‘blue sky thinkers’– or as I like to refer to them, the people in the white coats with the safety glasses.” Stahl’s R&D team works closely with a team of 600 people who Huub calls the “golden hands” – the application technicians – and it soon becomes clear why. 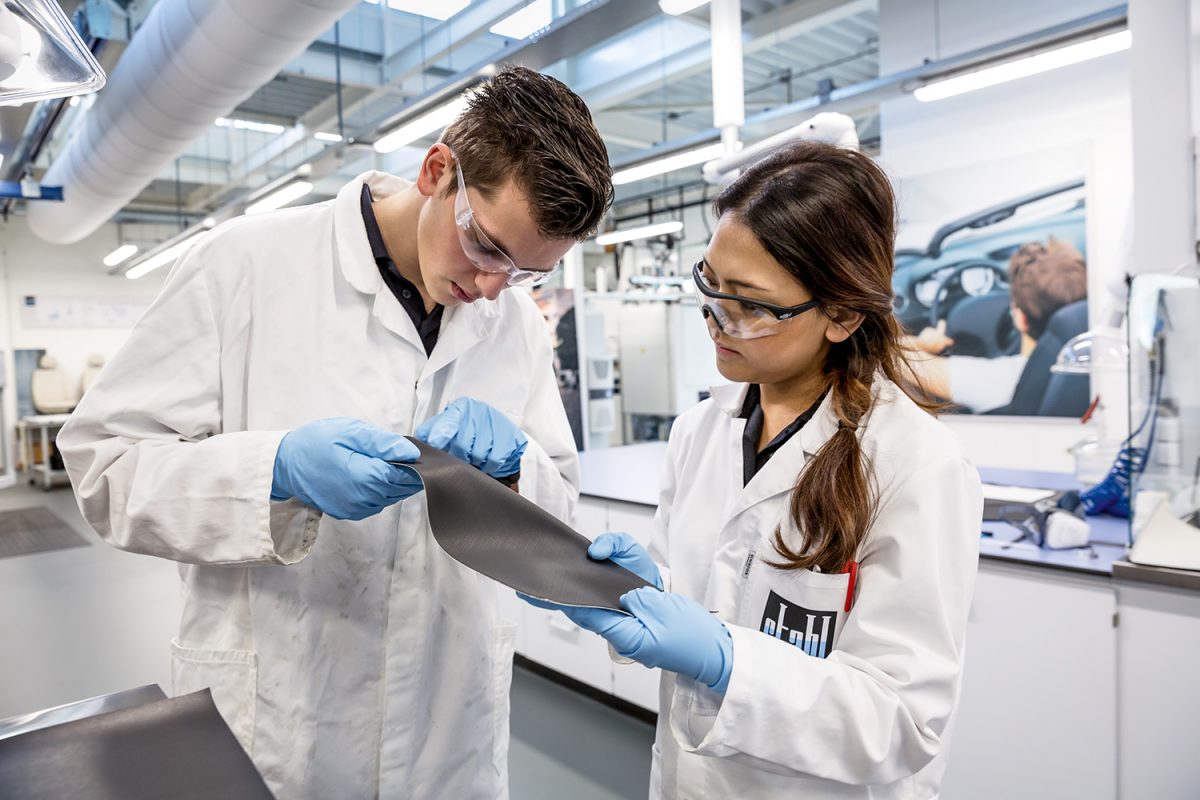 “These team members work on developing new products, in particular, with our customers. And that, of course, is where we think we can grow organically in our markets.” While many industries are moving towards more sustainable practices, Huub sees the trend being driven by more discerning consumers.

“Around 10 or 15 years ago, customers wanted a nice, beautiful product, and they wanted it to be as cheap as possible,” he explains. “But over the past couple of years, there has been a move towards people wanting to know more. They say, ‘Okay, the product is nice, the price is still important, but we want to know how it is produced and where it comes from.’”

The challenges are legion, but Stahl takes the issue extremely seriously. “It is tremendously important that not only we, but our competitors as well, are developing products that are far more environmentally friendly and that are not polluting rivers and the air.”

Stahl has been striving toward this goal for a number of years now, but Huub is open about the work yet to be done. “There are still a great many miles for us to go as an industry to convince the end consumer about just how importantly we view this,” he acknowledges.

Stahl does what it can to be open about what the business is doing, not only for the final consumer, but also for the supply chain companies that work directly with them. “Several years ago, people were hiding things, and sometimes people still hide things,” Huub explains. 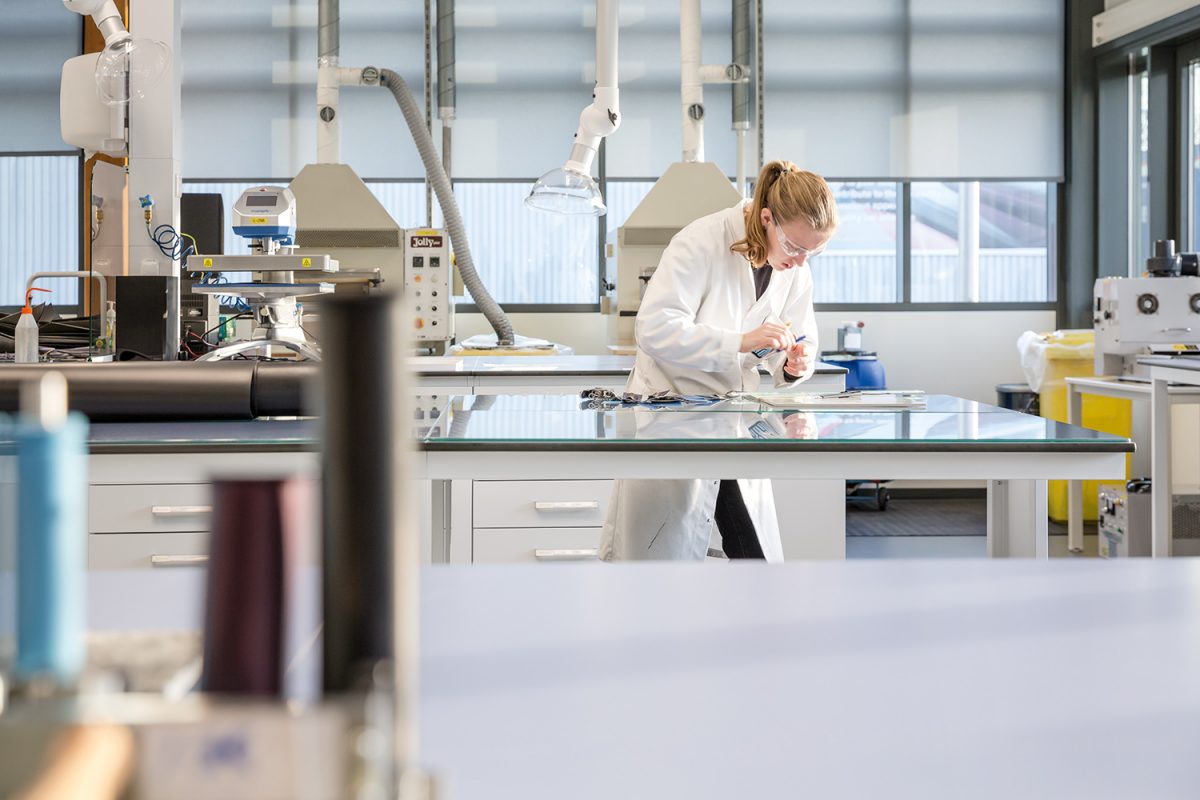 “But I don’t think that’s the way to do it. This is why we have made changes to the whole process and made the whole company more sustainable.” According to Huub, being open always pays off in the long run.

“We say, ‘Listen, this is who we are, this is what we are trying to do, and we’d like to work with you’. The brands that appreciate that will favour you over and above, say, companies who are secretive, who are not open, and who cover up.”

We saw the opportunity as entrepreneurs to become a bigger and better company.

Huub remains positive through all the changes, and clearly so do Stahl’s customers. In 2017, Huub predicted Stahl’s revenues to be near €900 million by 2020 and, according to the latest data, the target is not far off.

Sustainability has created an opportunity for Stahl, and it merges with a philosophy that has been with the company for a long time. “We work closely with our customers and develop with them,” he says.

“We keep impenetrable walls between customers. So, with Customer A, we will never discuss what we are doing with Customer B, and vice versa. And, importantly, they know that to be the case.”

This means Stahl can use its wealth of general knowledge, but also tailor to the specific needs of a client. “We develop things that are more or less unique to a situation,” Huub says.

“Things that are more or less unique for the customer, and we leave them a lot of space in the marketplace.” What makes being a good partner for customers also makes Stahl an important customer for their suppliers.

“The products we use are unique. For example, we have products with 15 or so components, so there is a complicated supply line,” Huub says. “But that is also a barrier for our competitors. It makes us special and also appreciated by our suppliers. We have suppliers who are strategic and make a one-of-a-kind product, so there may not be an alternative.”

These kinds of challenges also create opportunities for Stahl when it comes to fostering long-term relationships. “We have worked with people for 60 or 70 years and if you now talk to the owner about the beginning of the relationship, then he’s actually talking about his grandfather, who had a relationship with Stahl many, many years before my time.”

Without prompting or hesitation, Huub explains in more detail, “We want to have reliable suppliers, as we try to be reliable to our customers. I think it comes down to trust and you need trust in any business.”

It comes down to trust and you need trust in any business.

Stahl Campus is another aspect of this collaborative effort. The industry training centre first opened in 2014, in Waalwijk, close to Stahl’s headquarters. The idea behind the centre is to offer a number of benefits, not only for Stahl employees, but Stahl customers as well.

The goal is to promote good practices and transparency throughout the industry and to view the supply chain as a centre of learning. Three further campuses have opened since, in Mexico, China and India.

The future of the industry needs to be discussed openly and, with Stahl’s commitment to transparency and sustainability, it is easy to see why it’s such an important project. When asked to consider Stahl’s greatest business strength, Huub quickly plumps for Stahl’s most important asset – its team members. “We don’t have a lot of people leaving us,” he says. “People like to work for Stahl. Of course, there’s pressure and there are challenges, but I think there’s also this feeling of doing it together, and that we really do take care of each other.”

Huub thinks for a moment, before continuing: “There is still a very old-fashioned family type of feeling here. We have 1,900 people, and I must say, a lot of us know each other.”

Proud though he undoubtedly is of Stahl’s culture, Huub is equally proud of the company’s track record when it comes to sustainability. Stahl is committed to the guiding principles of United Nations Global Compact, and the UN’s 17 Sustainable Development Goals, and every year produces a compliance report.

Huub also recognises the importance of educating potential future employees on the changes in the chemical industry. To this end, Stahl is investing in collaborating with universities for the simple reason that, as Huub says, young people don’t want to work for what they consider to be a “dirty company”.

Protecting the future is important to Huub and it’s this that keeps him happy and proud to lead the way. “I get out of bed and I’m having fun because I feel that this is a very positive thing to be working on,” he beams.

“I want to make sure that Stahl is not only the leading company in this industry, but also that when it comes to sustainability, we are the ones who are really showing the way to go.” 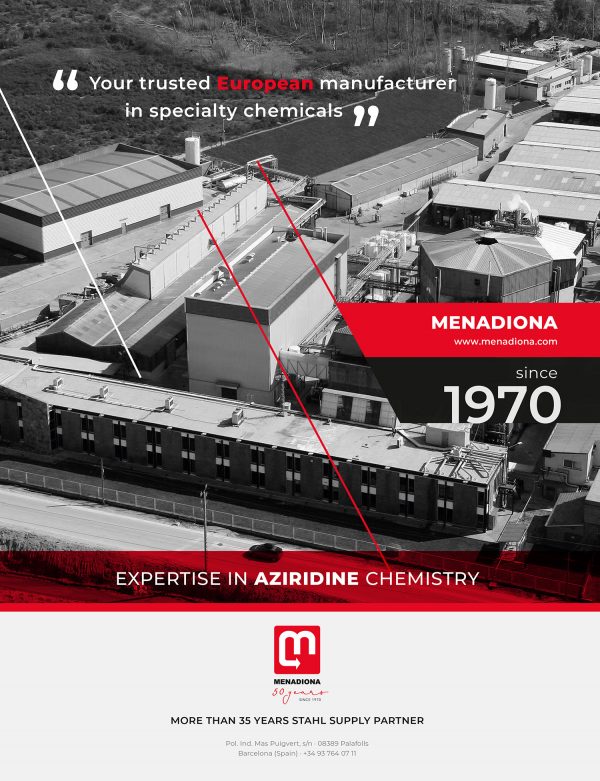 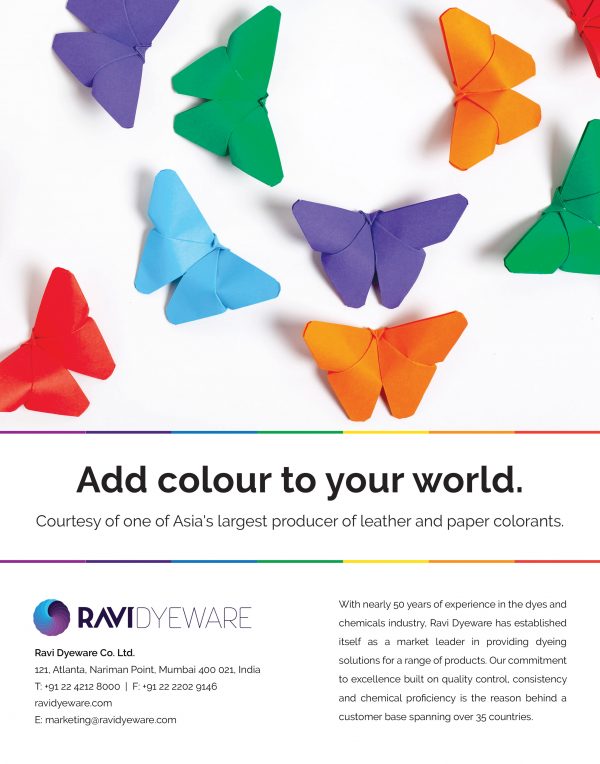 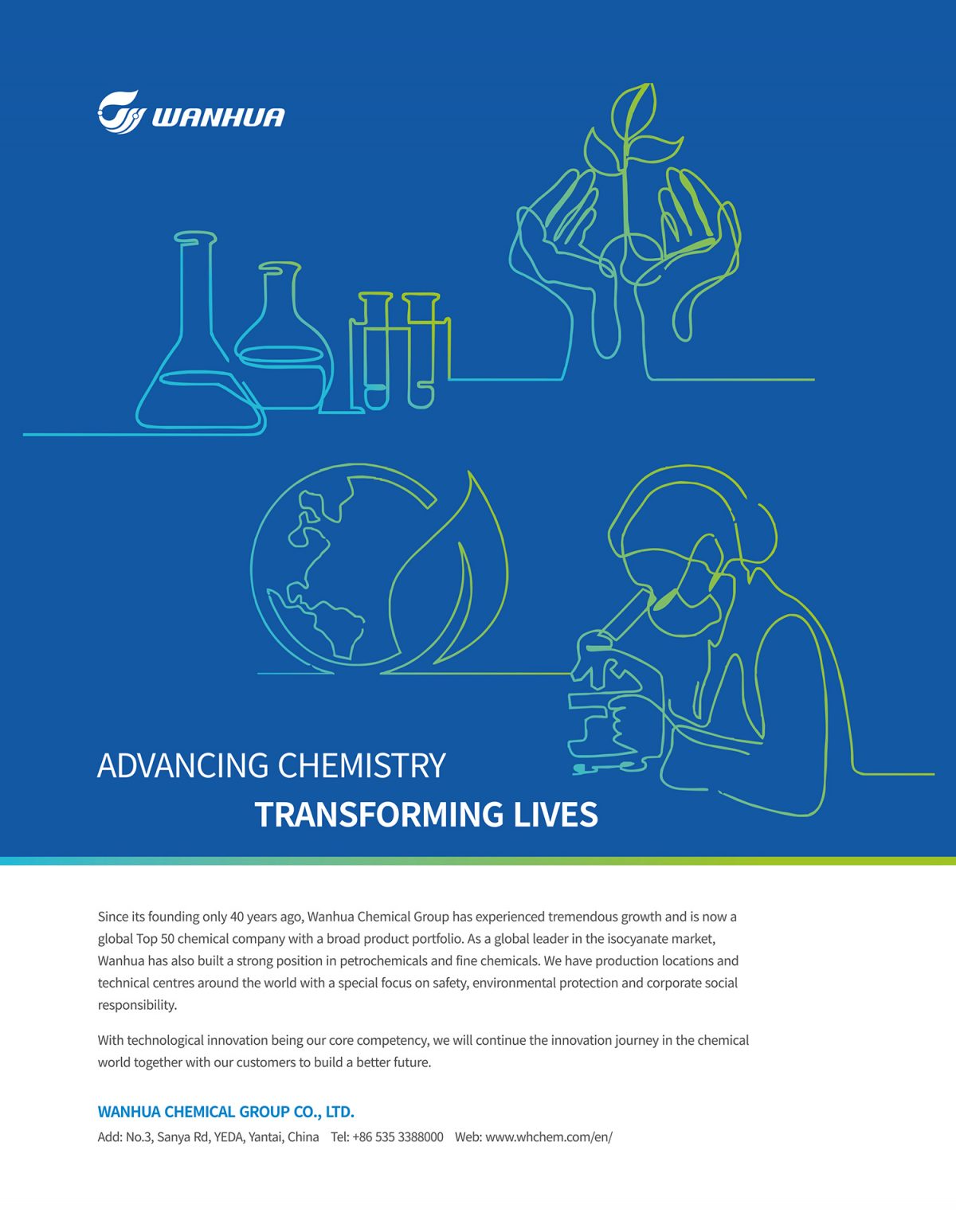