Back to the future: Jamal Malaikah Despite walking away from the project nearly 30 years ago, Jamal Malaikah admits he never let go of his attachment for NATPET. In 1989, he led the project from an idea on the drawing board to development stage, including the feasibility study and joint venture agreements, to get the polypropylene plant up and running. But life got in the way and Jamal left to pursue other options.

However, with the project still close to his heart, he returned to it. In 2004, the project was on and off again several times, he says. “The company was in the middle of discussions surrounding its financing. I came along and took on the responsibility to ensure the project was executed.”

Jamal was appointed President and COO three years later, and while progress was being made with the project, it took another three years of construction to build the plant with its capability of producing 400,000 metric tons of polypropylene a year.

“Due to some complications, it took longer than we thought,” Jamal admits. “We didn’t become commercially operational until August 2010, but nearly eight years on we are very proud of our very solid organisation.”

Located in Yanbu Industrial City on the west coast of Saudi Arabia, the plant produces a wide range of polypropylene product mix, homopolymers, and random and heterophasic copolymers, suitable for a wide variety of applications. Polypropylene is a product in high demand, used in industries including car manufacturing, construction, health care, packaging, toys, sporting goods, home appliances and so on. Polypropylene is a plastic that touches everyone’s lives every day.

Around 90% of NATPET’s business is conducted outside Saudi Arabia, a carefully crafted strategy Jamal has implemented and one that he believes is unique. He says this strategy is positioning the company as one of the most profitable per ton of sales. “I said from day one that we shouldn’t focus on one country or one region, because if a situation changes with that country or region, that becomes a bit problematic,” Jamal explains.

“So, we sell to about 80 countries, some of which have been very strategically chosen. For example, while China is a very important and larger market, any economic downturn will have an adverse effect. We have a unique market strategy that enables NATPET to sell at the highest market rates which is an achievement and not an easy one. We’re very proud to be in that position.”

Meanwhile, Jamal puts part of this success down to the product quality, reliability, its loyalty to clients, technical services and its superior communications. “It’s critical that we are attentive to our clients,” he says. “We have a loyalty to them and they have a loyalty to us. We understand them and they understand us. Our technical services team responds to any issues immediately, not the next day, or the next week. That sets us apart from other businesses, some of which I’ve heard give answers days after the request is sent. That is not acceptable.”

Jamal also regards NATPET’s strong relationship with suppliers as crucial to good business and believes the key to forging that bond lies in being straightforward and cordial. “The relationship with the logistics companies we retain to process our supply chain is excellent. It’s not cheap, and sometimes the cost puts pressure on our margins, but we need to keep our quality of service in perspective as much as we pride ourselves on the quality of our product.

“Everyone, from supplier up to the client, is working fantastically and I don’t recall a day where we have had a problem with anybody.”

Jamal has a lot of confidence in the next generation emerging in Saudi Arabia, believing it is much more talented than the last, both men and women. As the status of women improves, he’s keen to employ more. “We started to hire women years ago and they make up about 10% of our workforce, not in the plant but in head office,” he explains. “Some of our young Saudis have been educated outside the country, some from within. I have begun a program at NATPET which focuses on finding young talents who can keep up with the challenge ahead.

“Over the years, we have not had a significant attrition rate. People who started with me are still here and we are also welcoming young Saudis back who may have left to get a higher education.”

NATPET has also started a downstream project in Geotextiles with the British firm Low and Bonar to produce materials that are heavily used in civil infrastructures, a project that has been in operation for the past four years.

In addition, NATPET joint ventured with A. Schulman, one of the world’s major players in polypropylene compounding, to produce these products in Saudi Arabia.

NATPET has also invested US$20 million in US company Siluria Technologies. Siluria’s break-through Oxidative Coupling of Methane (OCM) process technology is believed to be the first commercially viable process to directly convert methane to ethylene. Siluria’s second process technology can convert ethylene to liquid fuels such as gasoline, diesel or jet fuel.

This enables natural gas to potentially supplement petroleum as the worldwide basis for transportation fuels and commodity chemicals. Siluria’s revolutionary catalyst and process technologies uniquely combine nanomaterials, templating and chemical engineering, to convert natural gas into higher-value products using efficient processes that can be seamlessly integrated into existing industry infrastructure.
“If that takes off, it will be a big thing for the industry and, of course, for us,” Jamal says.

“For a company of our size and limited history, this is a major step forward. It shows that we are taking early steps to benefit from the technological developments happening in our field.

“That’s important to us. We are dynamic. We are not staying as we are. We want to be the company of choice for the suppliers, for the clients and for our employees. We want people to want to deal with us from every corner of our business. That is our future.” 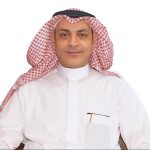