The versatility of methanol has kept the chemical in hot demand for decades. From fuels to plastics, acid to polyester, methanol is an essential part of daily life around the world. It’s also a part of death: formaldehyde, an especially multifaceted derivative of methanol, is still used for embalming in many countries.

But it is methanol’s potency in the evolving fuel industry that has kept it at the forefront of chemical manufacture, particularly in fuel-centric regions such as the Middle East. In 1989, the Gulf Cooperation Council, comprised of resource-rich nations including Bahrain, Kuwait, Oman, Qatar, Saudi Arabia and the UAE, saw the establishment of the Saudi Formaldehyde Chemical Company (now Chemanol), its first-ever private sector petrochemical firm.

Located in the Saudi city of Jubail, Chemanol has emerged as the biggest producer of formaldehyde in the GCC, and one of the biggest in the world. Its size has helped it attract some of the region’s best and brightest, such as when Ali Mohammed Al-Asiri joined in 2019.

A chemical engineer with years of experience across industry luminaries including SADAF, Farabi Petrochemicals Company and Tasnee, Ali says he instantly identified room for improvement at Chemanol. “I joined on the concept that the company was not in a great place,” he admits. “To be honest, they brought me in with the express purpose of turning it around.” 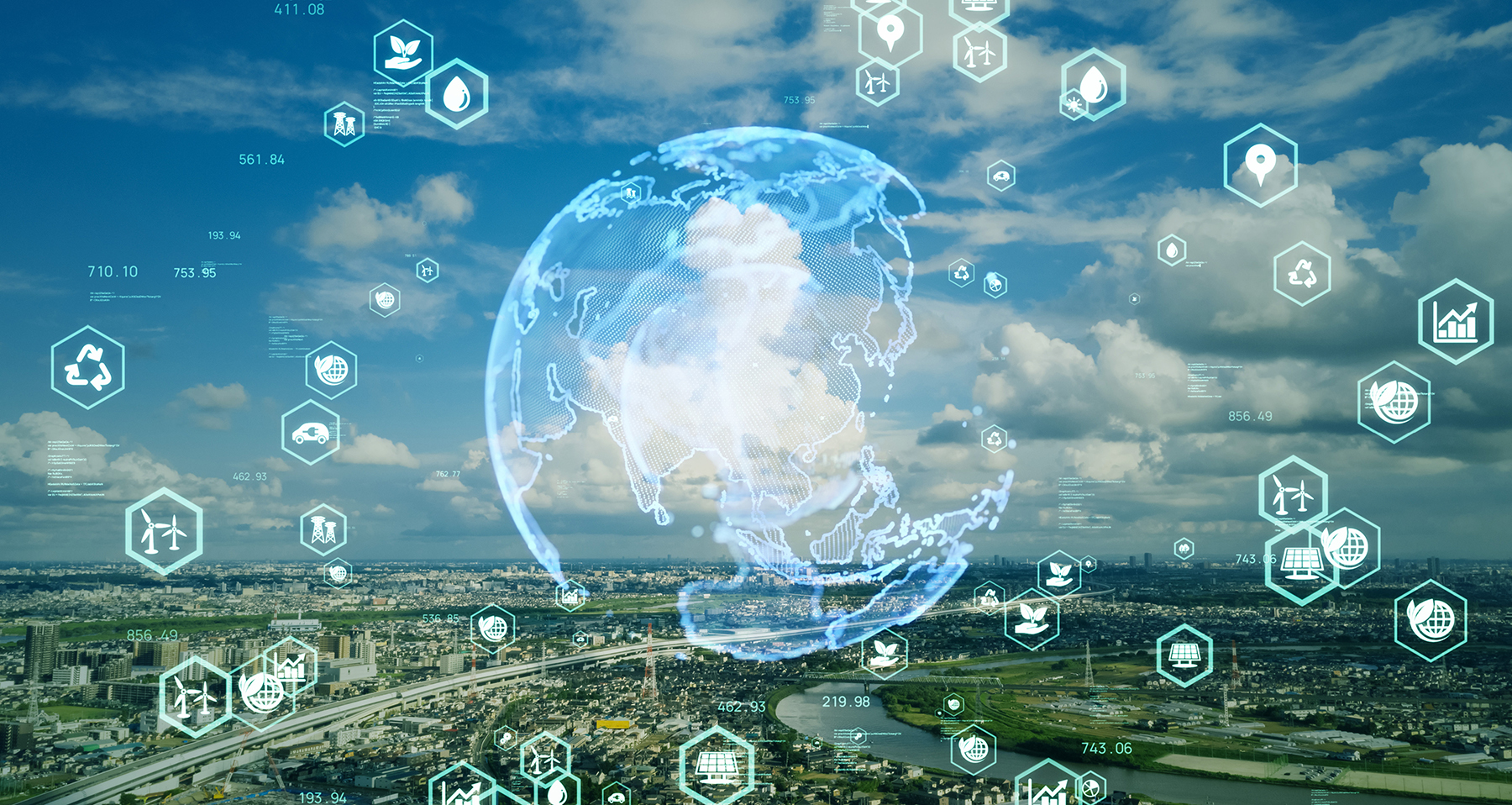 I believe there’s no challenge that can’t be overcome or accommodated.

Years earlier, Ali had joined a company called Gulf Packaging Industries, which he describes as being on the verge of total collapse by the time of his arrival. “They were responsible for the packaging of Snickers, Mars, all these chocolates in polypropylene film,” he says. “But we managed to turn it around. Now that company is in the first quartile of biaxially oriented polypropylene businesses globally.”

Similarly, Chemanol was in desperate need of a similar rebound. “It hadn’t made any profit for the previous four years. It had accumulated losses of 44 per cent of their capital and accrued around SAR700 million (€166 million) in loans,” he recalls, adding that even operations within the plant were far from stable. “It was up and down. There were so many shutdowns, so many lost opportunities.”

However, Chemanol wasn’t the only path in front of him. “I had three different opportunities at the time,” he shares. “One was in the government, a very high-level executive role, and there was another offer, but I saw the real challenge in Chemanol.”

Ali hit the ground running. From his arrival as CEO in September 2019 to today, the company has undergone a dramatic transformation under his leadership. “As of today, Chemanol has zero accumulated losses,” he says. “We’re doing a great job and we’re improving the reliability of the plant. In fact, we’ve had an increase in reliability from 68 per cent to 98 per cent, so things are moving in the right direction.”

Getting to the promised land wasn’t easy, though. The running of a chemical plant is a hard row to hoe at the best of times, but when things are in need of improvement, it’s a formidable challenge even for someone as experienced as Ali. “The problems were to some extent unique,” he remembers. “You’re dealing with commercial banks, with government entities, and a plant with serious reliability issues that is down a lot of the time. And because you’re losing funds, you’re losing contractors.”

Reliability seemed to be the most immediate – and obvious – problem to tackle. “I made improving reliability a priority,” Ali says. “Normally, plants are down two or three months in a year, but we’ve gone almost an entire year without any interruption. We’ve achieved a record 14 million safe man-hours without any injury or recordable incidents.” 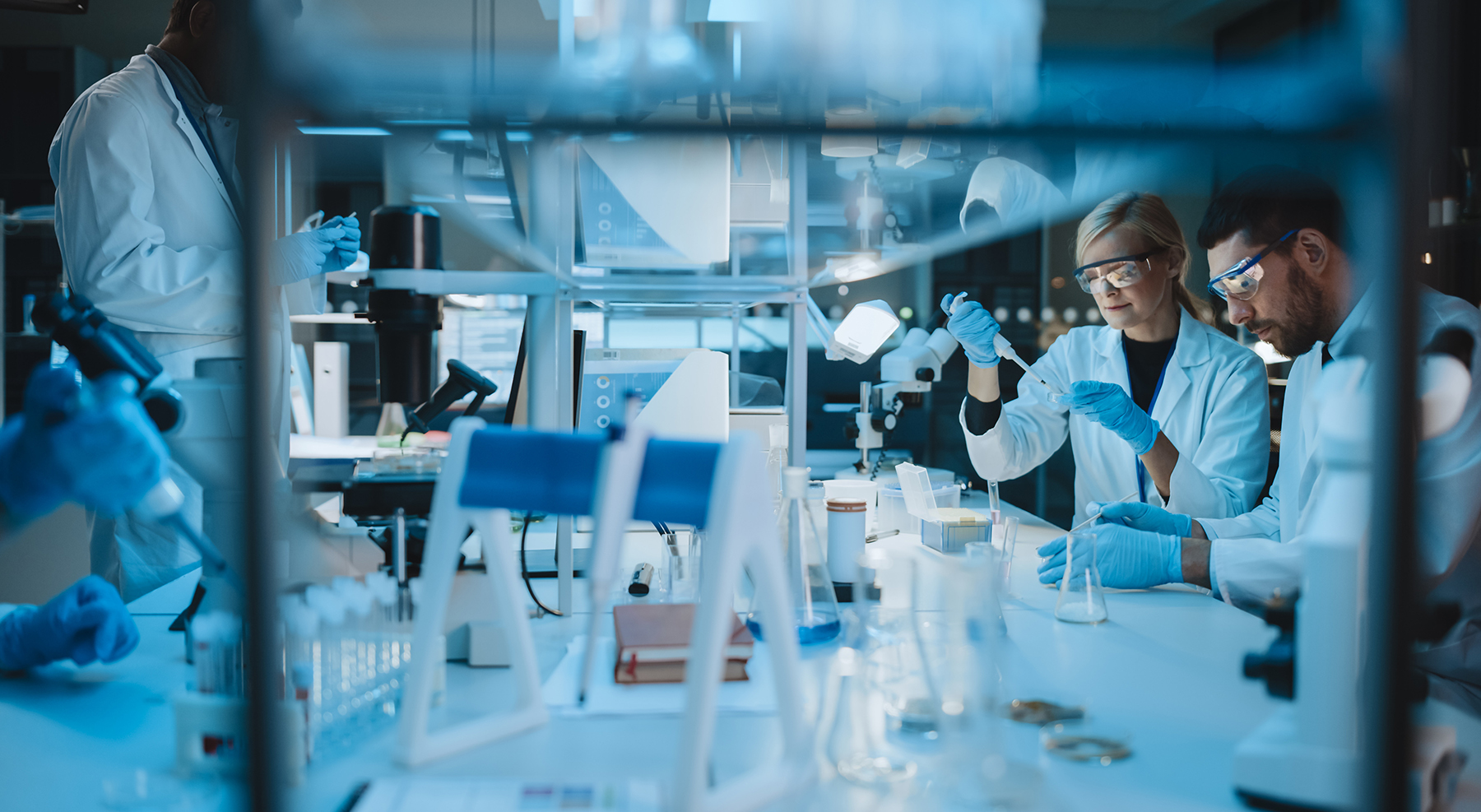 We’re the most experienced producer in the region, and that gives us a competitive edge.

This breakthrough was achieved through the hard work of the Chemanol team. “They’re from all over, so they come to us with knowledge from afar and try to spread it around existing staff,” Ali points out. “So we got the right people and we got the right government support. Things were suddenly within our control in a way they hadn’t been.”

Once reliability had been taken care of, the rest of the dominoes began to fall. “That solved all the company’s financial issues and we started making money. We’ll close this year with record numbers for the business.”

And all this despite the global COVID-19 pandemic, which threatened to torpedo Ali’s entire rescue effort. “That was beyond our control,” he concedes. “We were left with serious logistics issues, but we’re striving to find solutions. I believe there’s no challenge that can’t be overcome or accommodated.”

That’s just as well, given the various goals for Chemanol on the horizon, including a carbon-free target and a digitalisation project. For Ali, the goals are smaller in scale but no less ambitious. “There’s much more I’d like to be doing on the people side of the business,” he confirms. “Training, development, recruiting more skilled workers for future challenges, reorganisation – all of these things help the organisation to be more effective, and ensure we’re adding the most value for our customers.”

Normally, Ali’s style of recruitment, retention and development would involve constant time spent on the factory floor among the team. “Unfortunately, COVID-19 stopped this from happening,” he says. “But I’ll be back when I can, because I need to hear them, I need to improve their benefits and income, and make Chemanol the safest and best workplace it can be.”

That’s setting the stage for success – specifically, the kind of success Ali hopes to achieve going forward. “In a variety sector like Chemanol, success is usually tied to the bottom line. If you’re making money, at the end of the day that’s the key factor,” he reveals. “But then there are other units of measurement, such as market share or customer accounts. In the past year, for example, we’ve drastically improved both to almost double. We want to take that further.” 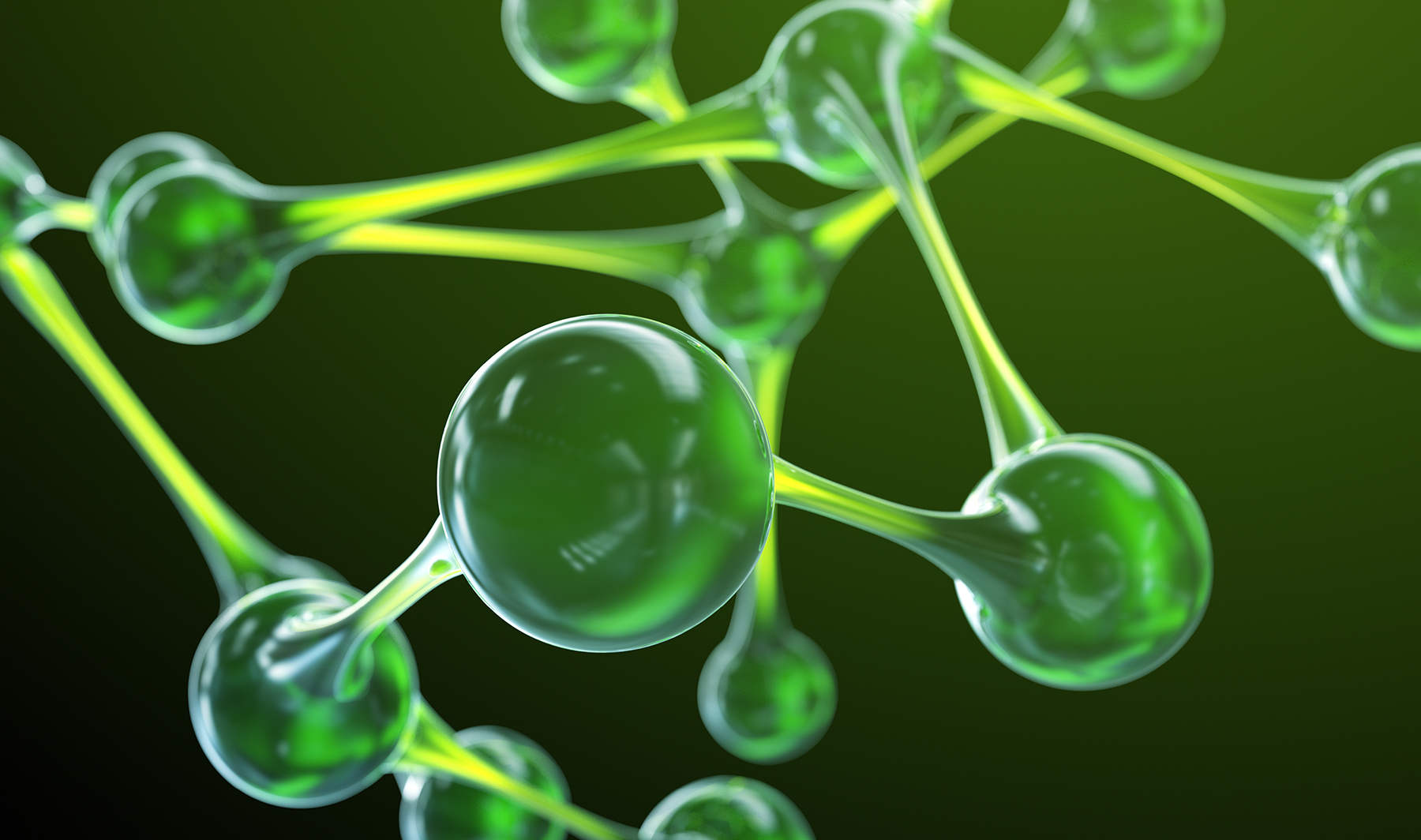 The company now sells its products to 75 countries around the world, an achievement Ali is proud of. “We have some local competition here in Saudi Arabia and even in the GCC, but our products are unique,” he shares. “We’re the most experienced producer in the region, for a start, and that gives us a competitive edge. We understand the needs of our customers, we maintain the quality of our products, and the customers notice that. They’ll tell me how much they appreciate that we customise our range to suit their needs.”

Everyone appreciates a good listener, and no-one more so than a customer. “We listen to their complaints, we listen to their needs, and we’re very flexible in extending credit and increasing volumes for the most reliable customers,” Ali says.

Chemanol wouldn’t be what it is without its network of suppliers and partners. According to Ali, these relationships are built on the same trust, integrity and honesty as he sees with his clientele.

“We have more than 20 suppliers which are crucial because most of our material comes from outside the kingdom,” he says, adding that when COVID-19 hit, the company’s Indian suppliers all closed almost overnight – but it wasn’t left hanging. “They managed to divert us to another supplier who was able to make the material available to us. Our bottom line wasn’t impacted at all. That kind of relationship is unique, and something you build over years.”

As the world returns to normal, Chemanol is preparing to up its output. “We have methanol plants, and all the other products we have are integrated from methanol,” Ali explains. “So the first thing I want to do is expand the methanol plant to increase the processes so we can reduce the fixed-cost impact and the depreciation on the bottom line.”

True to his rolling-start approach to business, Ali reveals it’s already almost there. In just two years, he and his team have reversed the fortunes – and perhaps corrected the destiny – of one of the region’s biggest players. “We’re on a serious journey here.” 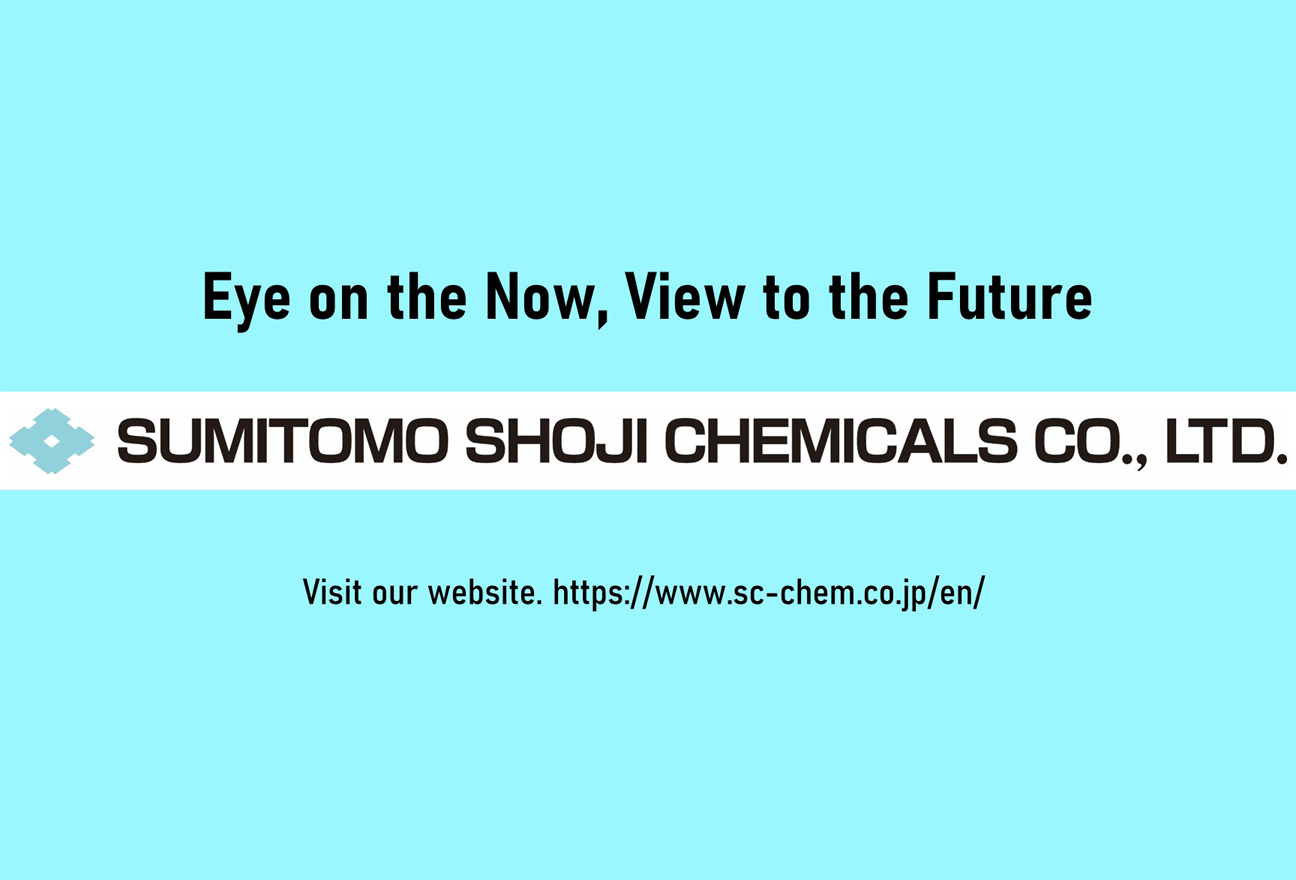