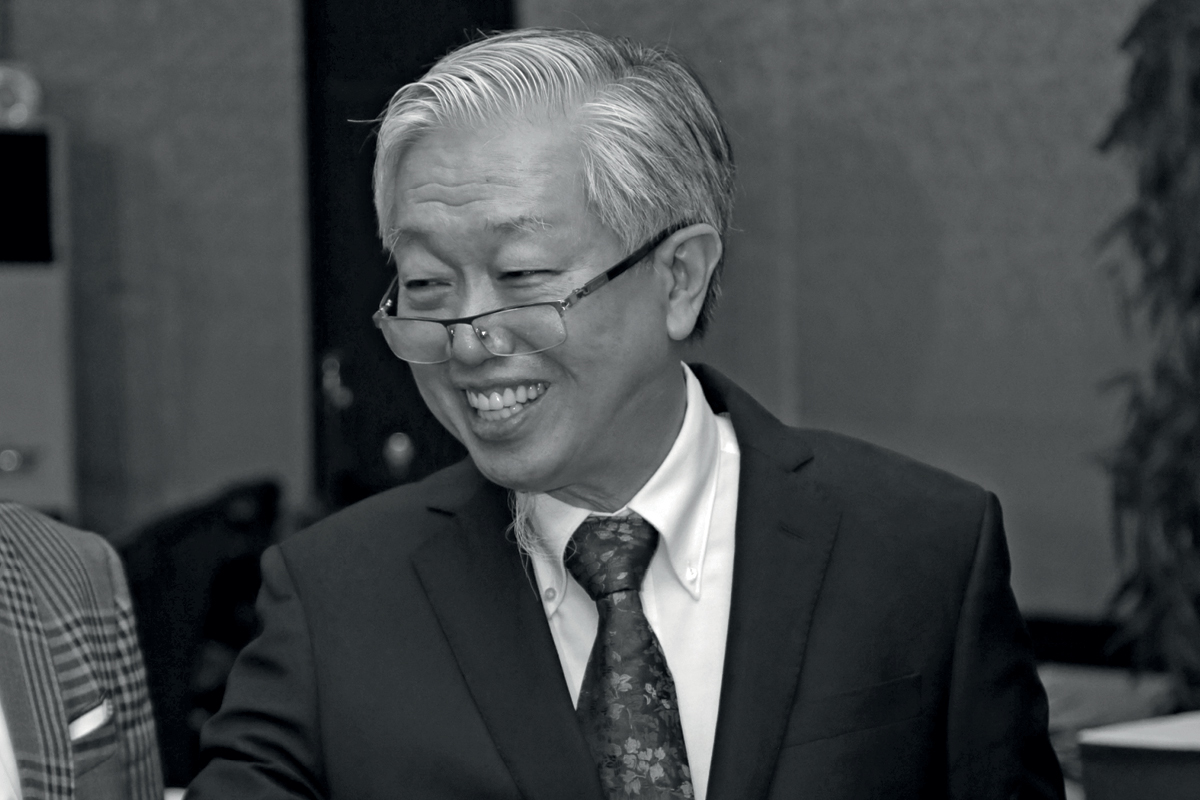 The SBS Philippines Corporation Founder and Chairman, Necisto Sytengco, passed away in March 2020 at the age of 65. Remembered as a charismatic, visionary leader with a humble heart, Necisto was a forward thinker who headed SBS as President from 2001–2016, and was Chair from 2015 until the time of his death.

Over four decades, he developed the chemical trading entity into what it is today – a one-stop-shop business solution that offers chemical products to numerous industries, including food ingredients, agriculture, feed, veterinary care, pharmaceutical and cosmetics.

It is also a major supplier of chemical raw materials used in mining, construction, pyrotechnic and water treatment facilities throughout the Philippines.

Necisto, who was awarded Entrepreneur of the Year at the 2018 Asia Pacific Entrepreneurship Awards by Enterprise Asia, will be remembered as a dedicated, loyal leader, who successfully grew not just the business but also its people.

Founded in the 1970s as a small trading shop, SBS is a publicly listed company preparing for its next chapter led by Necisto’s children Aylene Sytengco, Necisto Y Sytengco II and Ned Bryan Sytengco.

His children collectively share that their father was a firm believer in passion, good governance, innovation, fast decision making and continuous improvement to create value. Always leading by example, Necisto often told employees to be more entrepreneurial, to push themselves.

His children also say that their father, whom they called Boss, would often put others first for the benefit of SBS. “He always believed in personalised service, and went out of his way to make connections and build relationships with his clients,” says Necisto Y Sytengco II.

To them, he was both father and mentor. The lessons Necisto passed on to them are leading the business into its next 50 years. “He reminded us to have foresight and gauge the risk in the decisions we make. He always told us to work hard, be honest and transparent, and he frequently reminded us that opportunities are everywhere. You must be ready to jump on the opportunities that come your way. They don’t come knocking twice,” says his son, Necisto II.

Colleagues remember Necisto as someone who possessed all the required traits of a successful businessman with an insatiable desire to succeed. “There are three things that I will always remember about Mr Sytengco,” says Ricardo Nicanor Jacinto, Vice Chair of the Board of Directors, SBS Philippines Corporation. 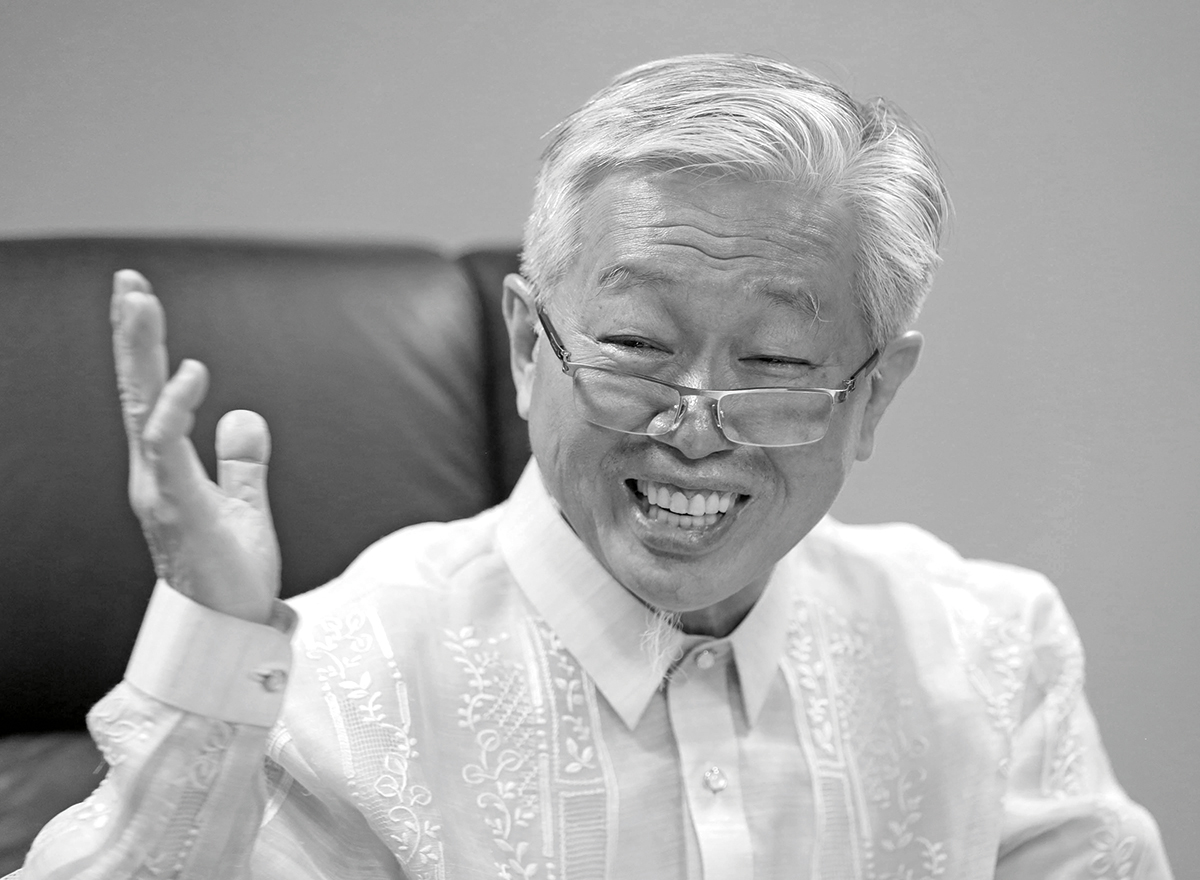 “First, he had the most entrepreneurial business sense of anyone I have ever met or worked with. His grasp of risks and ability to maximise the potential of any business transaction was phenomenal. Second, he was generous to a fault, not only to the people close to him or who worked for him but also for the less fortunate of society, and always wished that his acts of charity remained unrecognised. Third, he was always devoted to the welfare of his family and thought about how to provide for them for decades. While Mr Sytengco will be missed immensely, I have every confidence that his children will overcome the challenges of the future. Guided by his legacy of hard work and patriotism, they will overcome these hurdles and realise his vision of making the Sytengco Group not only one of the country’s leading business conglomerates but a source of national pride.”

Professor Roberto Anonas Jr of SBS Philippines Corporation says Necisto was a dynamic yet unassuming entrepreneur. “He was a visionary with a superb understanding of market trends. This made him a very astute businessman who took calculated risks on the road to creating successful diversified enterprises.”

His grit, passion and determination drove him to accomplish what he has today. – Daniel Go, President at MAA General Assurance Philippines.

Joseph Del Mar Yap, HE Ambassador to Singapore, says, “Necisto was a hard-nosed and tenacious businessman who drove tough bargains, but underneath that hardened facade he had a heart of gold, with a soft spot for the poor and the disadvantaged in life.”

Daniel Go, President, MAA General Assurance Philippines, shares, “His grit, passion and determination drove him to accomplish what he has today. Although he has accomplished so much in his life, he unselfishly shared his blessing and wisdom with the people around him.”

Late last year, The CEO Magazine spoke with Necisto about the success of SBS as it prepared to celebrate its 50th anniversary. “The success of the company lies in the foundation of the people and our reliable suppliers who help the business grow,” Necisto said. “We’re one of the best.”

Necisto learned the meaning of hard work at a very young age. From the age of 15, after his father’s passing, he became the primary breadwinner for his family.

He instilled motivation, passion and dedication to work in his children. As the family mourn the loss of their father, leader and mentor, the next Sytengco generation will take over where Necisto left off and continue their father’s legacy.