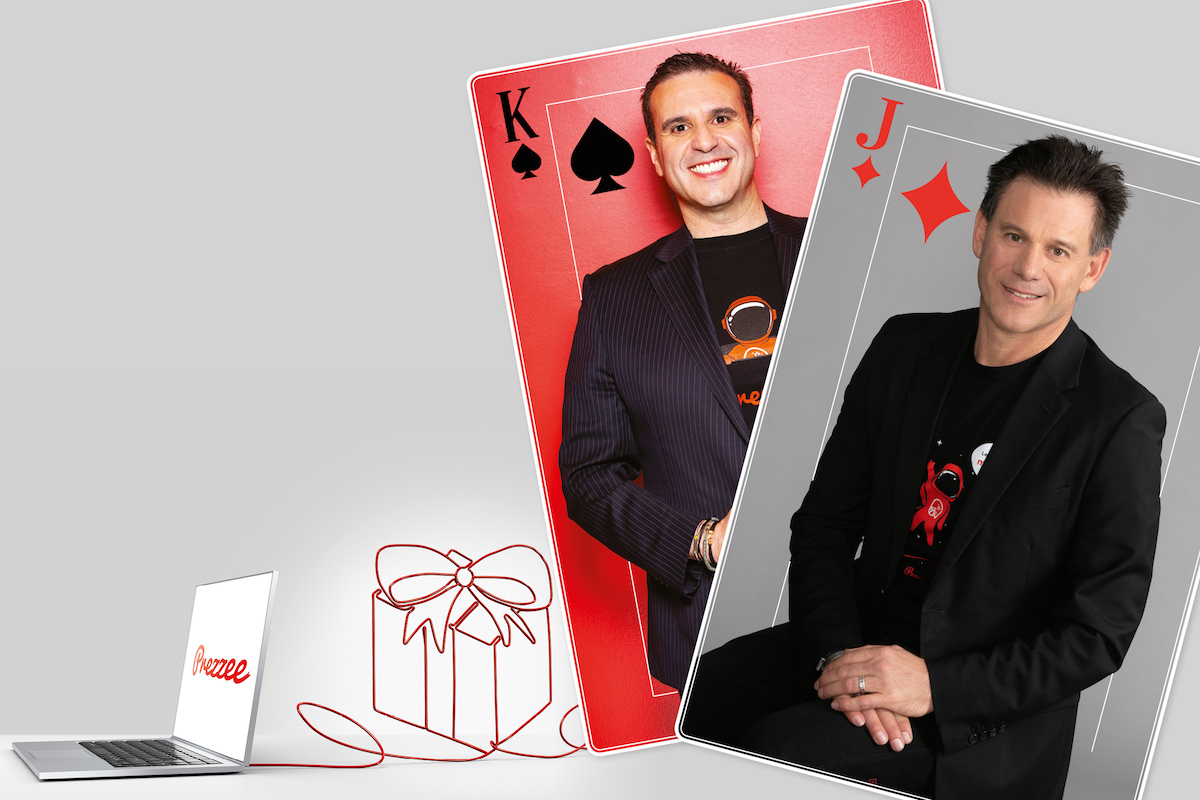 Gift cards were once seen as a universal saviour at those benevolent times of the year. More thoughtful and personalised than cash in an envelope but open-ended enough to bestow the recipient with the power of practicality or simply a get-out-of-jail-free card if you just couldn’t think of anything else to buy, a gift card was the answer.

Enter Prezzee, the digital gift card that has revolutionised the industry and put choice back in the hands of recipients all over the world. Consumers can buy, send and store Prezzee Smart eGift Cards from an ever-growing range of retailers. The cards can be used online as well as instore and are always as close as your phone.

As a digital solution, it’s just as easy to send Prezzee cards to thousands of recipients as it is to just one special individual – and they always arrive on time. Prezzee is also in tune with evolving environmental concerns. The consumer backlash against excess plastic has resulted in seismic shifts in attitudes towards packaging, bags and straws.

Each plastic gift card produced emits 32 grams of CO2 into the atmosphere, so the millions of Prezzee digital gift cards already sold have saved the planet from thousands of kilograms of CO2. Best of all, Prezzee’s gift cards are entirely customisable.

The global take-up has been even better than we forecast based upon our experience in Australia.

Gift givers can personalise them with video messages or special greeting cards – at no extra charge – to make it super special. “In every way, Prezzee eGift Cards are the perfect present,” says Prezzee Chair and Co-Founder Shaun Bonétt.

“They have the personal touch that giving cold, hard cash lacks, and they allow the recipient the pleasure of choosing a gift of their choice as opposed to the ordeal of pretending to be grateful for an unwanted and unloved surprise.”

Shaun also understands the importance of diversification. In 2015, after a pitch by Prezzee creators Claire Morris and Matt Hoggett, Precision Group became the startup’s principal investor. “It was a compelling business plan and prototype,” he recalls. 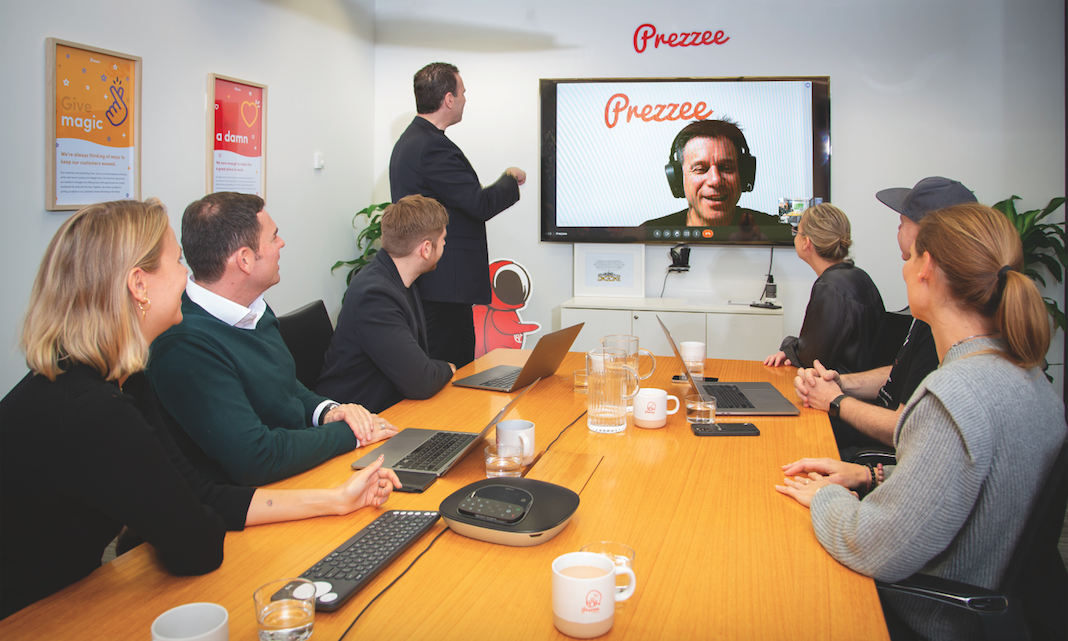 “I believed in Prezzee and committed to backing their concept all the way.” Supporting it all the way meant assembling a world-class team to make Prezzee the global success Shaun knew it could be. Heading up the team is former David Jones executive Tony Karp, who quickly fell in love with the Prezzee concept.

“Precision Group was the landlord of the David Jones store in Adelaide, so Shaun and I have had a longstanding relationship,” Tony explains. After he left David Jones, Shaun invited him to assess the future of his new digital gift card business.

“I remember at the time Shaun suggested it would possibly be a three-day-a-week role. However, as is the case with everyone who joins Prezzee, you’re bitten by the Prezzee bug in no time and begin to see the endless possibilities available to the business.”

This embrace of Prezzee isn’t limited to the team either: in just five years, Prezzee has ballooned to US$450 million (A$620 million) in sales. More than 10 million Prezzee eGift Cards were sold across 2020 and 2021 as consumers faced extensive lockdowns and retail outlet closures.

Major US retailers including Macy’s and Uber Eats have joined the Prezzee family after realising, as Tony did, the eGift Card’s sizable potential.

“The global take-up has been even better than we forecast based upon our experience in Australia.” The company’s growth beyond its native shores has been a learning experience not only for Prezzee, but also its partners in the buy-now-pay-later sector.

“They see the volumes they’re achieving in Australia and see the importance of growing these volumes internationally,” Tony points out. “We’ve assisted and enabled that growth for them.” And vice versa. In mid-2021, Prezzee teamed with Mastercard, the leading global technology and payments company, to take the eGift Card even further. As a Mastercard Digital Rewards Partner, Prezzee will be able to seamlessly deliver its range into the Mastercard rewards and incentives program. “In short, it’s a game-changer,” Tony says.

What began as a small Aussie startup is now in full scale-up mode. Prezzee now has offices in Australia, New Zealand, the US and the UK, and It is moves like these that Tony believes will realise his and Shaun’s vision for the company’s future.

“Prezzee will become synonymous with global gifting,” he predicts. “We allow people to connect with family, friends and colleagues anywhere in the world, and when you overlay the ability to personalise what you’re sending, adding the human interaction, then the recipient can pause and feel connected and happy. It’s something that really counts in this pandemic-affected world.”