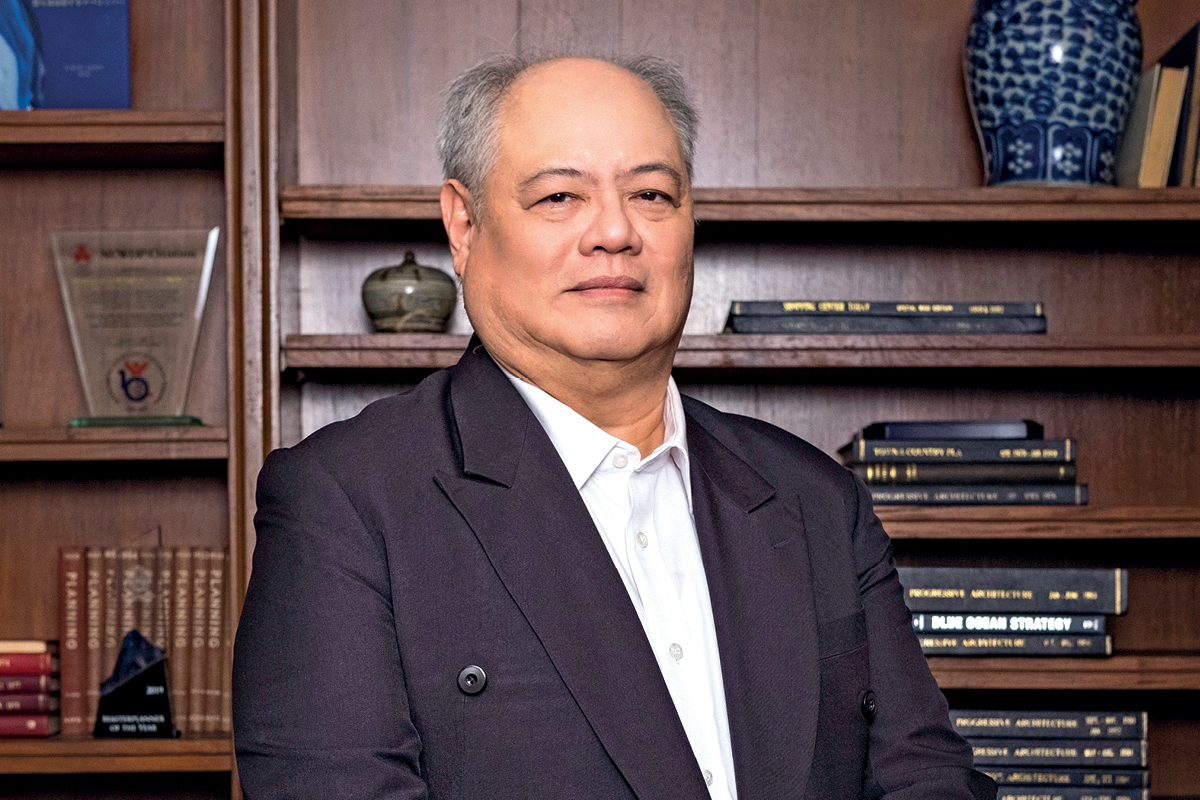 George Smith Patton Jr was a General of the US Army who commanded the US Seventh Army in the Mediterranean theatre of World War II. He is also Antonino ‘Jojo’ Aligaen’s role model. Jojo is Head of Projects Execution Group at Ortigas Land and leads with Patton’s ethos in mind. “Patton drove his men hard, he was a disciplinarian,” says Jojo. “He set goals that were high for them, but even with that, even how harsh he became, he loved his men and cared for them.

“Some managers or leaders often say, ‘Just get it done, you solve it,’” Jojo states. “And for me, because I’m the boss, it’s easy to say, ‘You solve it.’ But instead of that, I say, ‘Let’s solve it together. How do we solve it together? What’s your idea and I’ll tell you my idea and let’s see what works.’

“General George Patton was not sitting in some command post several kilometres behind the frontline,” Jojo says. “He was at the frontline. That’s the model I look up to, working with your men and not just telling them to solve it on their own.”

When Jojo was still a child, he remembers watching an advertisement. The black and white commercial, since televisions weren’t yet in colour, showcased a manufacturing company in the Philippines. “It used to manufacture steel reinforcement bars, but it doesn’t exist anymore,” he says. The commercial captured him.

“These two events drove me to civil engineering,” he explains. It was also while completing his master’s at the Asian Institute of Technology in Bangkok in construction, engineering and management that Jojo began assessing his weaknesses.

He says mathematics and complicated formulas were not his strengths. But when it came to construction, engineering and management, Jojo says he was “in my water, my ocean”. Recognising his strengths and weaknesses allowed him to identify his direction. “If you love your work, it’s not going be work,” he says.

“If you love your work, it’s not going to be work.”

“I was also a cadet officer at the Reserve Officers’ Training Corps.” As an officer, Jojo underwent leadership training. He says this experience moulded him into who he is today and equipped him with the theoretical aspect of leadership. “We were teaching other cadets. That gave me the means to put into practice what I’d learned. I believe that training brought me to where I am right now.” 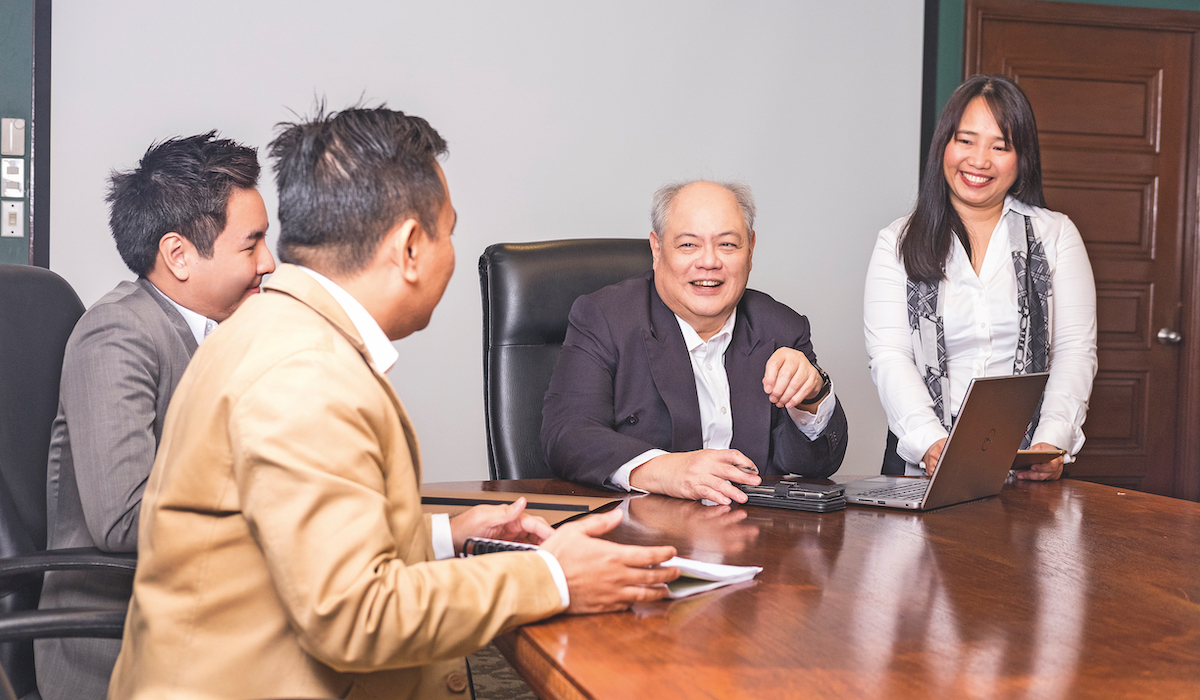 In the late 1980s, Jojo joined consulting firm Trans-Asia Philippines as a project manager. This was when he crossed paths with Ayala Land. “Ayala saw my capabilities and offered me the position of Project Director of Ayala Land,” he explains. “When they took me in, the first project was the renovation of the InterContinental Manila. Part of the agreement with the InterContinental Hotels Group was that the project director would be from the InterContinental Group and an American. There was a sense that no-one had experience working with hotels in the Philippines.”

This step proved to be a significant learning experience for Jojo. “This was one of the most important turning points of my career. The American Project Director was outstanding and well versed in hotel work but, more importantly, he was a good teacher.”

Jojo continues: “He mentored me not only in hotel work, but also in how things were done in project and construction management internationally. He also helped by sending me out on trips, especially to the US to meet with consultants.”

Then, in 2016, another opportunity arose. The CEO of Ortigas Land, Jaime Ysmael, who had previously worked with Jojo in 1990, offered him the position of Head of Projects Execution Group. “I was able to implement change, not only in the company but also within the construction industry in the Philippines,” Jojo says.

Handling the design and planning department as well as the construction management department, Jojo says this was a chance to work with a clean sheet of paper.

Jojo joined Ortigas Land because he had the trust and confidence of senior management. He was able to take action and implement change. “I could come in, put into practice what I saw abroad and what I felt were the best practices in the industry.” 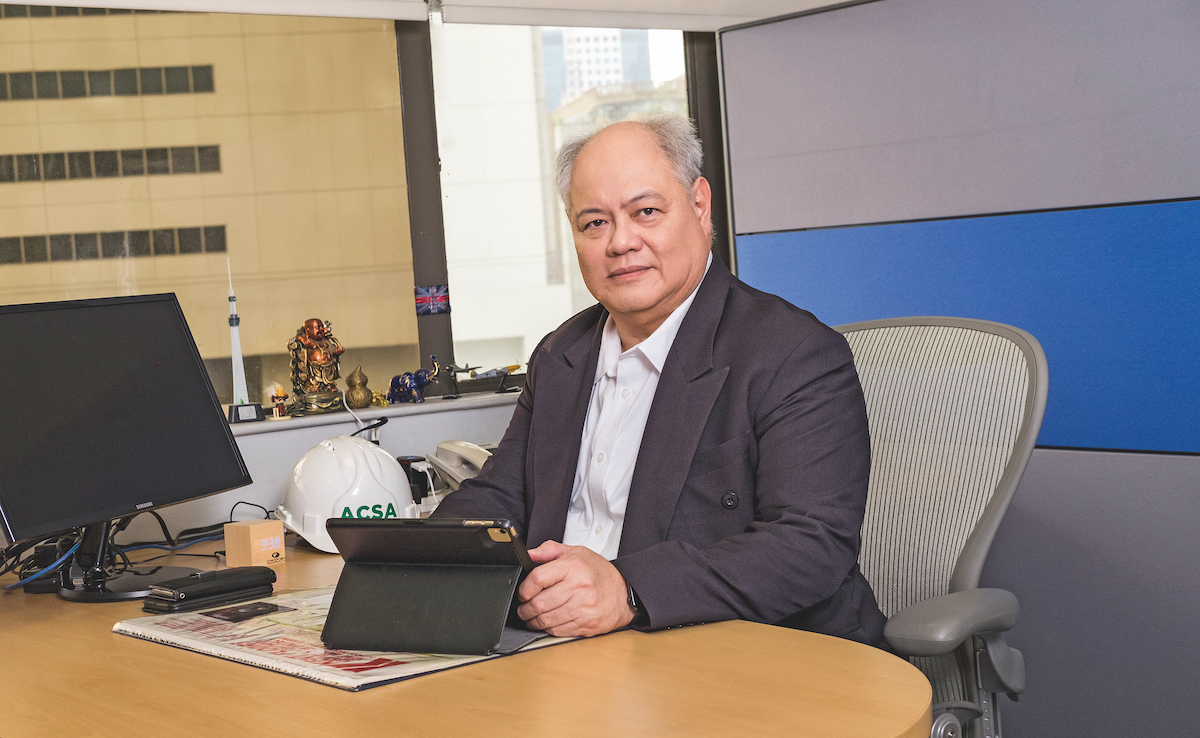 Starting at the business came with a set of challenges. The projects that Jojo oversees were initiated before his arrival. “It’s always difficult when you inherit a project, especially if the project wasn’t started right or, at its inception, managed properly,” he says. “It has been challenging getting those projects up and running and turned over on time.”

Furthermore, other initiatives set in place are early engagement with consultants, and partnering with contractors and suppliers, so their inputs could be sought even during the design stage. “What is more important is proper budgeting during the early stages of the project,” Jojo says.

“There have been instances where the employers at the top sugar-coat their financial runs to come up with a project. These people don’t involve consultants early on. When they present it to the consultant and are told this won’t work, they continue. That’s when problems arise.

“Proper budgeting is important and that’s what we have executed here. We have worked closely with our business counterparts at Ortigas Land to ensure we give them cost figures that would make the numbers work and are sufficient enough to finish the project in terms of the quality,” he says.

The basic mantra Jojo is passing on to the Projects Execution Group, as well as the Design and Planning Department and the Construction Management Department, is that “it’s cheaper and easier to erase on paper or delete on your computer than to knock down walls”.

He adds, “Our method is to emphasise the planning and design stages. The more effort you put in during these stages, the fewer the problems.

“That’s one fundamental point that has defined our strategy and how we run things. Locally, many developers try to get the design out as fast as possible but then have massive problems during the construction stage, as well as budget overruns and delays. All because not enough effort is given during the planning and design stage.”

Looking ahead, Ortigas Land is aiming to be one of the top industry players in the country. “We might not be able to get the same status as Ayala Land, simply because they’re big and established, but we’re working on it,” he says. The goal is to keep building the portfolio and leverage on technology.

“We want to leverage on innovation and leverage on the fact that we are taking care and exposing our staff to better ways of doing things,” he says. “We are also making staff see what’s available out in the international market in terms of processes and products.” 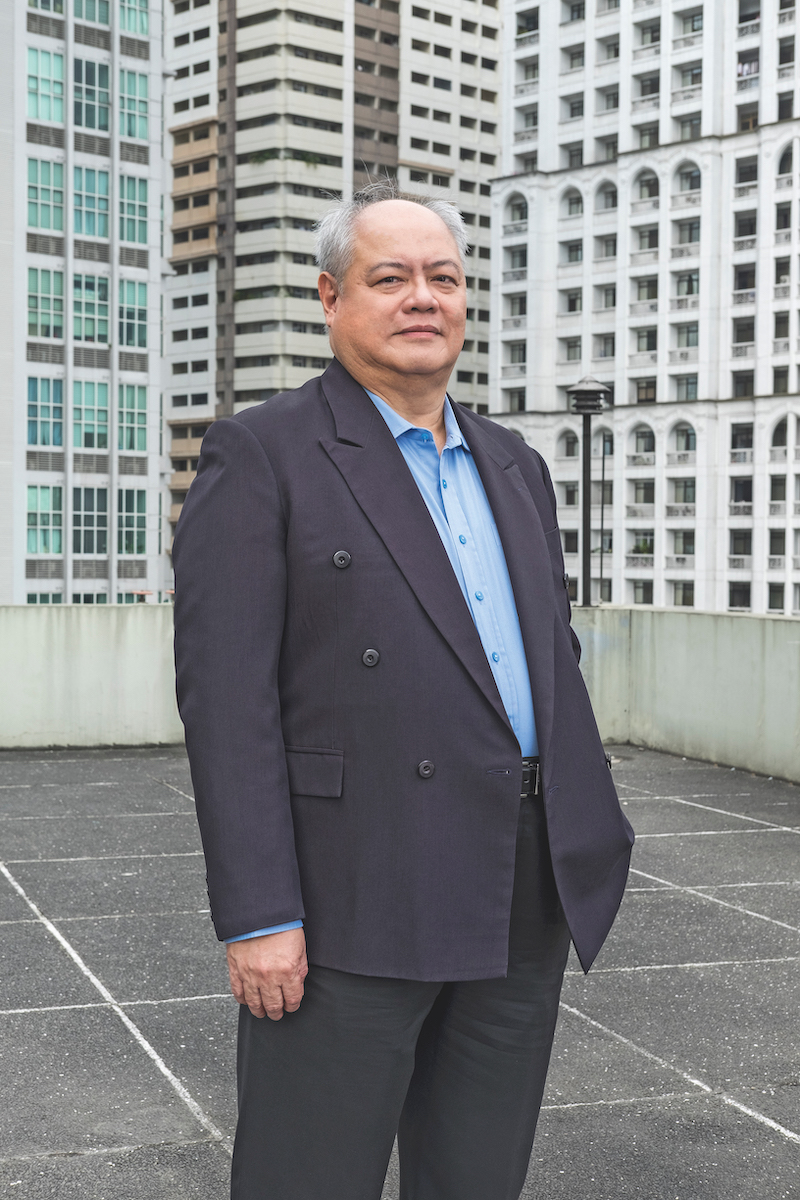 Reflecting on his career, Jojo is proud of the work he has achieved at Ortigas Land. “I’ve been able to work with a clean sheet of paper; to put forward and implement the best practices,” he says. Another one of Jojo’s achievements has been teaching his staff and the younger generation.

“The young engineers in the Philippines only see what’s happened here. Unfortunately, because of how the conditions are, they haven’t been abroad,” Jojo notes. “I push strongly with the senior management to take our staff to see what’s happening internationally. I’ve done that with several of our employees, people who have never dreamed of flying or even going abroad. I’ve managed to show them the world outside. It’s not what you see in the Philippines. There’s room for improvement.”

Travelling abroad opens the eyes of the individual. And for developers, it’s a chance to see how developments proceed overseas and see what changes can be implemented at home.

Jojo has learned several lessons about leadership along the way. The first, he says, is that leadership is both an art and a science. “Many people would say, ‘It’s just making people work, work, work.’ But it’s not like that. How do you motivate? How do you lead people to achieve objectives?”

Another important lesson is that “the construction industry is a people chemistry industry”. He adds, “Many developers would say, ‘If I get the top contractor or consultants, my projects will have no problems.’ But everything boils down to the people in the project team. More importantly, the leader of the project team, who will be able to motivate and lead the team into accomplishing their objectives and their task.

“You may have the biggest contractor in the Philippines, but it would be the person in charge of the project whom you are dealing with. If the chemistry is not right, it’s useless. It’s about chemistry and relationships. The leader makes the relationship work. They lead the group to achieve objectives such as building the project on time in a high-quality and not overtly costly manner. Lead the group to work smart, not hard,” he says.

That’s a lesson Jojo carries with him – to not work hard, but rather work smart. This philosophy is intended to keep employees happy and more enthused about their work. Jojo says in this age where there are major traffic problems in the country, with some staff waking up early as four o’clock in the morning to commute, it’s important to remember that people need family time.

“Learn from things. Put it into action but, more importantly, don’t hoard the knowledge. Share it.”

Throughout his career, he has come across insecure people and managers who keep their accumulated knowledge to themselves. “I would not do that,” Jojo says. “One of my mentors from when I was starting in hotel work was very experienced. He shared all his knowledge and wasn’t greedy or insecure. I learned a lot from him. I would love to pass on my knowledge to my staff and the younger generation. Jojo gets his motivation from the people.

“Inspiration for my work is seeing my staff learn from what they’re doing and making them realise that it’s a matter of working smart and not working hard,” he reinforces. “That’s where I get inspiration, being able to improve the lives of my staff.”

Jojo has one piece of advice that he lives by: “Learn from things. Put it into action but, more importantly, don’t hoard the knowledge. Share it.” 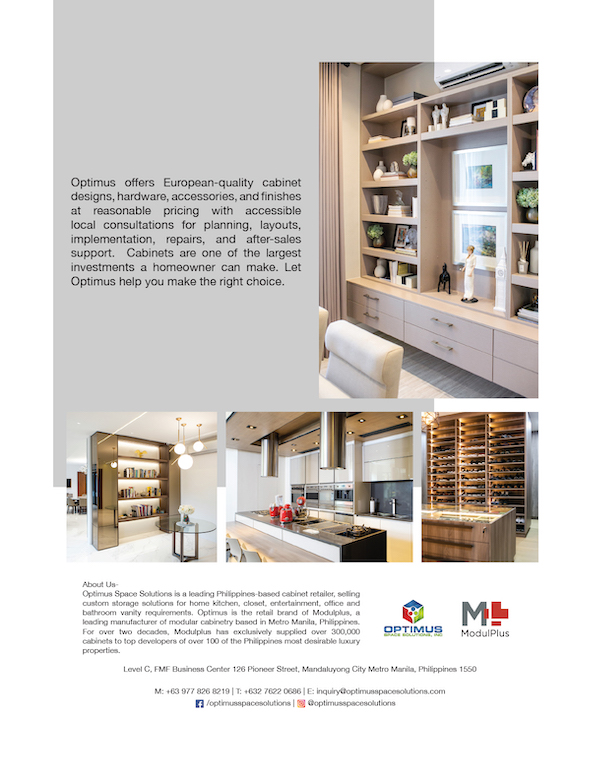 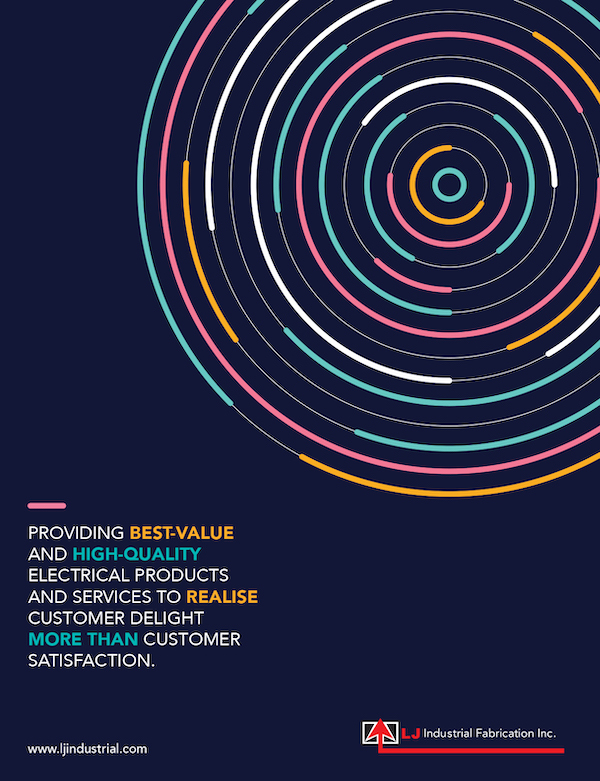