There’s a significant difference between building a home and building a company that builds a home, says Hudson Homes founder and CEO Danny Assabgy. “It’s normal for a builder to go out and think, ‘I know how to build a home; let’s go and start building homes’,” he explains. But leading the business side is a whole new ball game.

“The secret is to work on the business rather than working in the business,” Danny continues. “For example, most of my time is not spent actually building homes. It’s spent on developing the strategies, the computer programs, and the work health and safety systems that are required to develop a company that can build homes for mums and dads – as opposed to the carpentry or the bricklaying and so on. “If you look after your customer, your customer will look after you,” Danny says, of establishing a business.

“Delivering value and constructing your business with good processes, good policies, and good intention is something that should be set up from the very beginning. If you, as the CEO of the company, are clear on that, you’ll find that you’ll start attracting people into your business who are also clear on that.”

In the two years since Danny first spoke with The CEO Magazine, the construction company has broadened its reach across Australia, expanding into Queensland from its base in New South Wales. Further, the company launched Hudson Commercial, which provides construction services to third-party developers and involves building commercial buildings, multilevel apartments, and industrial estates. In 2018, its commercial arm completed its first apartment building on the Central Coast, which included 24 units. It’s now three-quarters through its second apartment block, a seven-storey building in Westmead with 55 apartments and two basement levels underneath.

According to Danny, construction market conditions have softened in the past few years. And although this is challenging, it gives his company an opportunity to better serve its customers. “We’re no longer running through this massive construction boom that we all enjoyed over the past five years or so,” he says. “So that’s something that needs to be properly managed.”

To address this, Hudson ensures it has a good split between its wholesale and retail sales. “Our wholesale is predominantly the investment market, and our retail sales are the mums and dads,” Danny says. “What we find is that those markets tend to work cyclically. When the investment market is doing well, the home owner market is not doing as well, and vice versa. We believe that the home owner market is still relatively strong – there are still people out there buying parcels of land that they need to build on. What we’re doing is redeveloping all our product lines to better suit that market. We’re also tying them in with the knockdown–rebuild market. That market is about building better spec homes and larger homes.”

These days, Danny says the construction market is well-informed, and customers now have lots of choices available to them for their new homes. Here, Hudson Homes again brings a point of difference. “Many builders are providing a diverse range of inclusions of fixtures and fittings,” he explains. “What we try to do is group our clients into three market categories – H1, H2 and H3 – and cater to each one of those markets.

“The H1 category specifically targets the new market or first home buyers. These are people who just want to get their foot in the door. In areas in which property prices are a little bit cheaper, such as in Dubbo or the Central Coast, we’ve seen an increase in demand in the H1 inclusion level. What that does is enable somebody to get into their home and, over the years, as they start building equity in their property, to then start doing some upgrades with luxury fixtures and fittings.”

The second home buyer market tends to be in either the H2 (designer) or H3 (luxury) category. “These people can spend a little more money on their homes and tend to fit them out from the beginning with the level of inclusions they want,” Danny says. “That trend has been fairly consistent over the past five years, and I don’t see it changing too much in the coming years.” 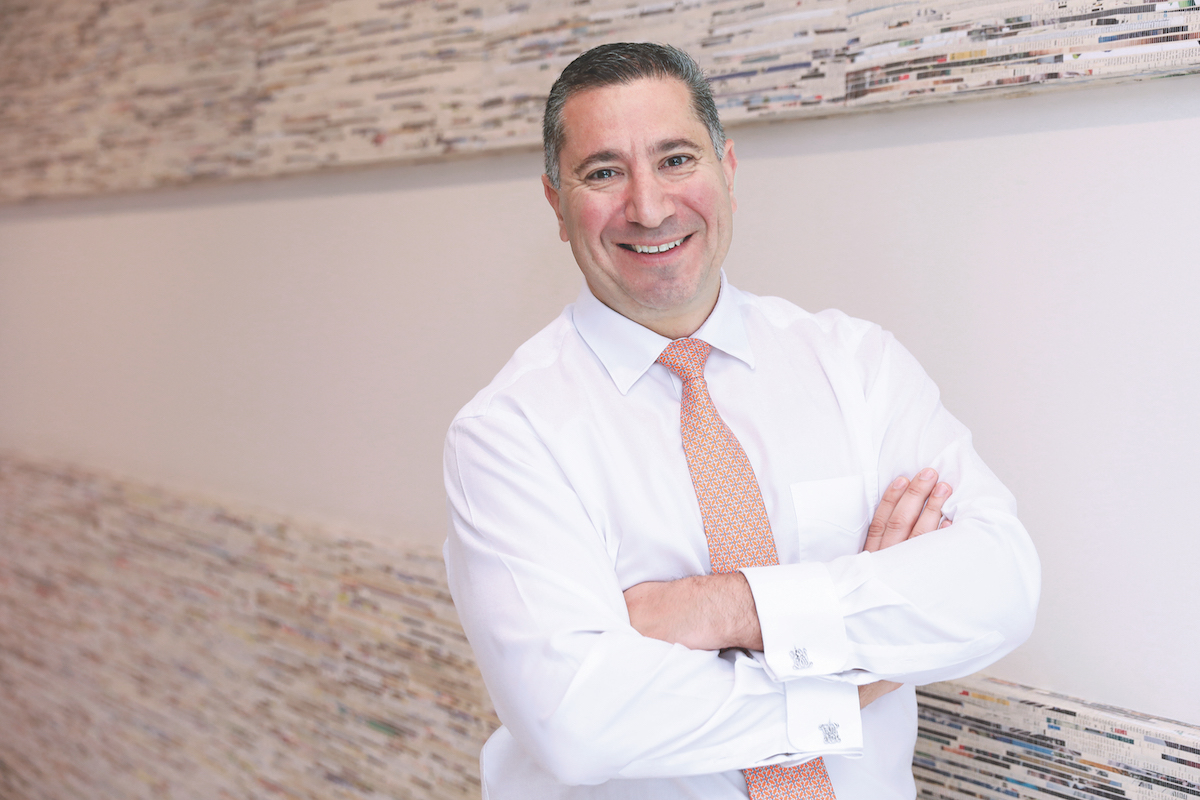 When Danny first established Hudson Homes, he saw it as a chance to fill a gap in the market. “When I started talking to mums and dads about » what they were experiencing through the building process, I thought we could probably do things a little bit differently from many of the other builders,” he says. “Many of those builders didn’t take such a strong stand on rewarding the customer experience.”

Looking back at what the construction industry used to be like, Danny says there’s been a lot of change from 15 years ago. “Back then, builders generally had a bad reputation,” he explains. “They weren’t focused on building companies that were great at delivering volume housing.
“But over the past 15 years, that’s changed considerably. Our top 10 closest competitors all do a fantastic job; they’ve developed these systems and processes, and they now care about the customer.”

Hudson Homes has been working on this as well. “For us, being a relatively young building company, we had to, at a minimum, meet those standards,” Danny says. “The challenge we’ve had while trying to develop our business is keeping up with all the changes and improvements that other people are making within their building companies so that we can deliver a better-quality product to our customers. I think the competition that’s been created in the industry has been the real driving force for us having no choice but to continually improve our own processes.”

“The competition that’s been created in the industry has been the real driving force for us having no choice but to continually improve our own processes.”

To better support its customers, Hudson Homes ensures it both selects and develops the right people to get the job done. “As much as we’d like to hire high-quality people from the beginning, sometimes we hire good people and then train them in our systems and procedures so they can become even better at what they do,” Danny says.

“For our new team members, for instance, we have a two-stage review process during an initial probation period. The new team member meets with their department manager and gets detailed reviews of their performance – how they’ve performed to date, the positives of their performance, and the matters that require some attention. We find that by being up-front and honest with workers and then helping them improve the areas in which they lack, we help them become better-quality employees.”

What advice would Danny Assabgy give his younger self?

“I would tell my younger self that all you need to do – in whatever you have chosen to do – is aim to become the best. Then everything else will fall into place.”

The best part of being CEO

Danny’s secret weapon in business is hiring people smarter than he is. “It’s recruiting a team of people who are experienced in what I want to achieve,” he says. “For instance, with the building industry, I started by recruiting the best general manager I could, Robert Borg. He’s been in the industry a lot longer than I have and has a great deal more information about it. Through his experience, we’ve developed most of our systems and processes, and been able to attract high-calibre people.”

For Danny, customer interaction is one of the best parts of his role as CEO. “One of the most important things for us is that our clients have an enjoyable building experience,” he says. “Building a new home can be quite challenging – a thousand things can go wrong – and we want to make sure our clients don’t feel that.” He also enjoys contacting each customer who’s building a home to understand what’s gone well and what hasn’t.

“If I can address that directly with our customers, then when things go wrong, they know they’ve got somebody on their side who’s going to help them through the building process. To do that, I also need to make sure that our team members are all on the same page and doing exactly the same thing for our customers.” 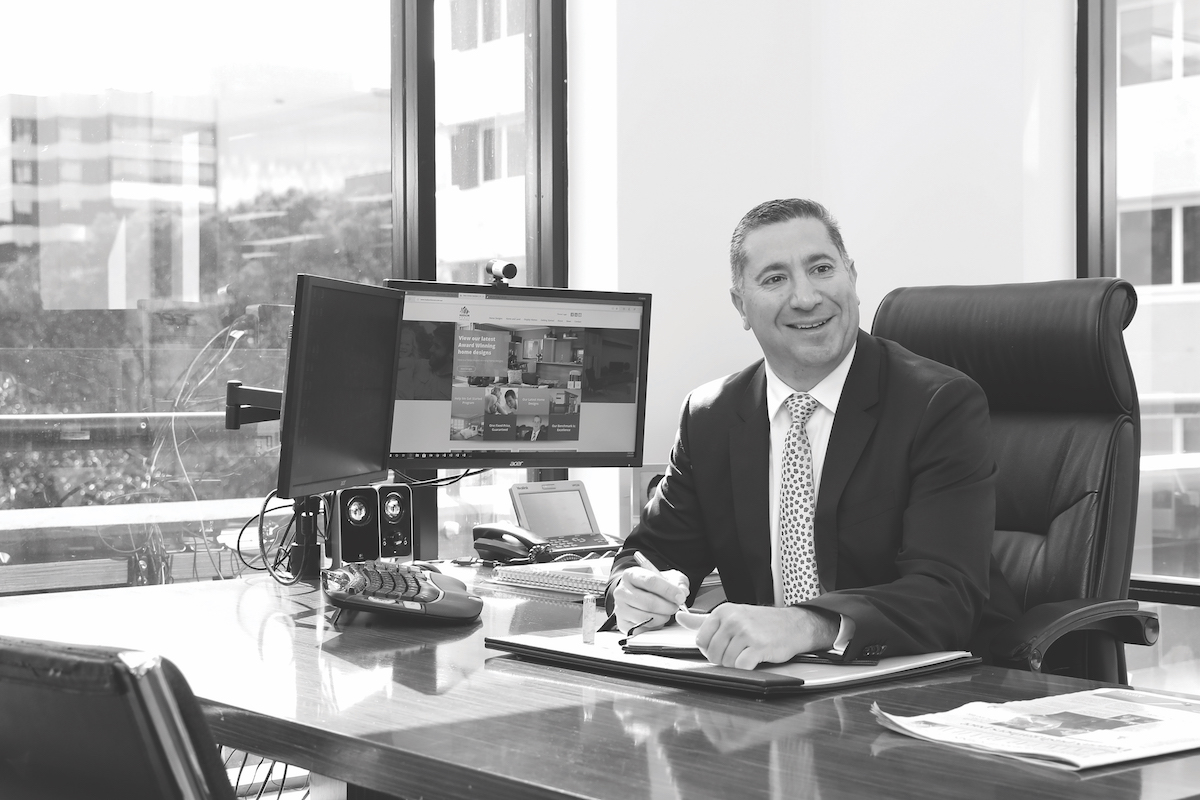 Danny’s vision for Hudson Homes is to provide good-quality homes at fair prices – predominantly for first-time buyers. “We also want to provide more luxury homes and better-quality homes for the knockdown–rebuild market,” he says. “We have a diverse plan, with our three levels of inclusions and floor plan range. We’ve just released 200 new floor plans that cater to homes from as little as 16 squares right up to 58 squares, which are quite large homes for a project builder. It’s being able to provide homes at reasonable value to the ‘new generation’.”

Rather than having massive plans for expansion in the coming years, Hudson Homes is looking to do what it’s already doing – but better. “There are a few areas in our business I know we can improve on,” Danny says. “Instead of aiming to become bigger and building more homes, my focus in the next 12 months is to maintain the volume we’re doing but deliver a better experience.

“For me, that’s more important than growing, because the industry has been busy over the past few years, and we’ve been fortunate enough to ride that wave. We’ve been fortunate that our product has been well-received by the market.I think it’s time now to start slowing down and focus on improving every aspect of what we’re doing – on reviewing our processes, systems, training and product offering so we can build on a strong foundation.” 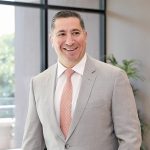