Towards a new India: Devendra Jain Operating out of a garage in Bhopal, Madhya Pradesh, a group of five came together to form the bare bones of a minor construction firm in 1987. Under the leadership of Dilip Suryavanshi, the firm, Dilip Builders, carried out small urban development projects in its local area. In 1995, Devendra Jain, a young graduate having recently attained his civil engineering degree from Vikram University, arrived, ready to start his engineering career.

It wasn’t until 2006 that Dilip Builders became Dilip Buildcon (DBL), and in 2009 Devendra was named CEO. DBL’s incorporation as a private limited company was a major step along the way to the company becoming a leader in India’s EPC sector. Today, having made its mark on road construction in India, and boasting a staff of roughly 35,000, DBL is diversifying its business model in an attempt to increase its visibility throughout the country and to contribute to India’s transformation from a developing to a developed country.

A reputation to uphold

DBL earned its reputation as one of India’s most consistent and dependable EPC companies over a concentrated period that saw the construction of highways across India take off. Back in 2005, the growth potential in India’s road sector was immense. While conditions were poor across the country, they were particularly pronounced in DBL’s home state of Madhya Pradesh. When the Indian government outlined its vision for improving the conditions of the country’s roads, Devendra and Dilip realised it was the perfect time for the civil engineering firm to focus its operations on road construction.

The company became a sub-contractor for larger companies that had made successful bids for road construction projects. Receiving a fixed payment for each length of road it built (usually between 30 and 50 kilometres), DBL managed to avoid the risk usually attendant on these kinds of projects, but the model started to falter in 2012 as India’s economy slowed. The government was struggling with land acquisition and environmental clearances; it became clear that traffic projections had been wildly optimistic, and construction companies were defaulting on their loans and struggling to pay fees to sub-contractors such as DBL.

A pronounced decline in construction activities forced the government’s hand, and when it became evident that the company needed to seek growth opportunities beyond the private sector, it started to contract work on an EPC basis. By this point, DBL had amassed enough capital to be able to be competitive in the bidding for government projects. In 2012, government projects made up 17% of DBL’s order book; these days, it is closer to 95%.

Dilip Buildcon has won the metro rail project worth Rs247.06 crore in Madhya Pradesh, to design and build an elevated viaduct between AIIMS and Subhash Nagar.

Now one of India’s leading infrastructure companies, DBL maintains a presence in 18 states, with plans for further expansion. Since 1987, it has laid 15,000 kilometres of roads across India (as at April 2018). The expansion beyond Madhya Pradesh began in 2009, when the company saw completion of a road project in Himachal Pradesh. In addition to its work on India’s roads, the company has taken on a challenging projects including construction of the eight-lane Zuari Bridge, connecting North and South Goa, and overburden removal at Khairagura Coal Mines, in Telangana.

After securing the contract for the first phase of the Zuari Bridge in March 2016, DBL quickly secured the second and the third phases in July, becoming responsible for the project in its entirety (from Siridao to Verna). The bridge was the company’s first project in Goa, and is indicative of its strategy for expansion: commit to a highly visible public project, complete it before deadline and to the highest quality, then find newer and bigger projects.

Efficiency is central to DBL’s operations, and results from careful planning carried out from the very beginning, before bidding for projects has even commenced. In considering whether to place a bid, a team of 50 individuals responsible for due diligence assesses the amount of land acquired, the proactivity of the local government, the state of environmental approvals, and any potential roadblocks to construction. When a bid is won, workers are allocated to the project. DBL completes 90% of its projects before time, capitalising on government bonuses offered for early completion. Devendra believes the hard work of DBL’s employees has fostered its rapid growth, but those close to him would say his strategic management style also had something to do with it. Known for valuing transparency in relationships with employees, shareholders and suppliers alike, Devendra also cultivates a hands-on style of management, believing that leadership is best conducted from the ground. After he joined the company as a 21-year-old in 1995, Dilip quickly saw the potential in the young engineer and later offered him a 31% stake in the company. In tandem with Dilip, Devendra has overseen the creation of a committed, loyal and ethical company. Many of DBL’s partners consider him to be a visionary, and a pioneer in India’s infrastructure industry.

A commitment to innovation has always driven DBL’s business. Not content merely to adopt new initiatives, it also sees the opportunities inherent in employing older technologies in novel ways. Sustainability is another area in which DBL excels, and one of its initiatives in this sphere is its Geo Green project, implemented with a view to reducing soil erosion on the side of the roads DBL has built. With the quality of surrounding land always at risk from road construction efforts, DBL is committed to planting trees in these areas and growing grass on the dividers, with the beautification of the roads a pleasant by-product of these efforts.

As part of its CSR efforts, DBL devotes energy to reducing the number of accidents occurring on India’s roads. To this end, the company carries out Road Safety Awareness drives in the communities surrounding its areas of operation, performing street plays and encouraging local governments to get involved. The safety of passers-by is paramount to the company, and DBL employs stringent measures, including barricades, reflector paints and clear signage, in pursuit of keeping citizens protected.

Efforts to protect the community and the environment are mirrored by those made to contribute to the welfare of DBL’s 35,000-strong workforce. The largest employer in India’s EPC sector, the company invests heavily in training programs for its employees, hoping to foster in them a sense of ownership of their work, and seeking to retain the industry’s best talent. 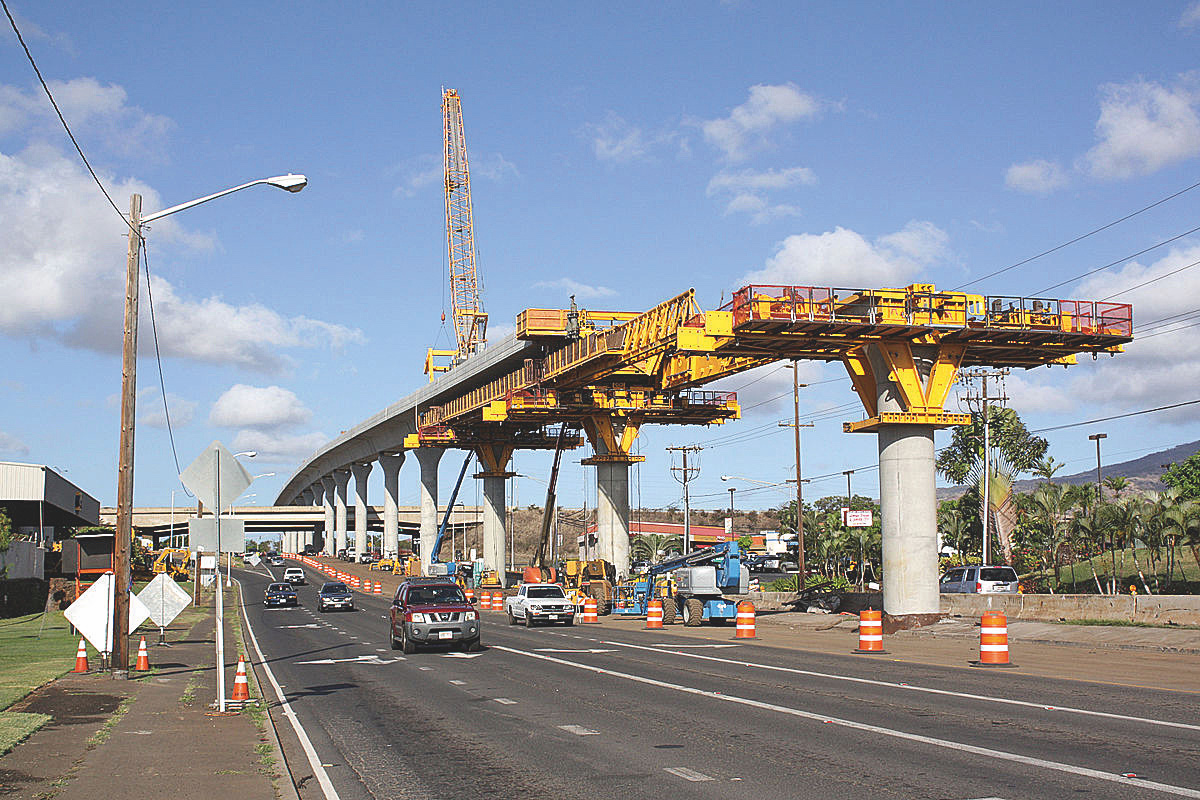 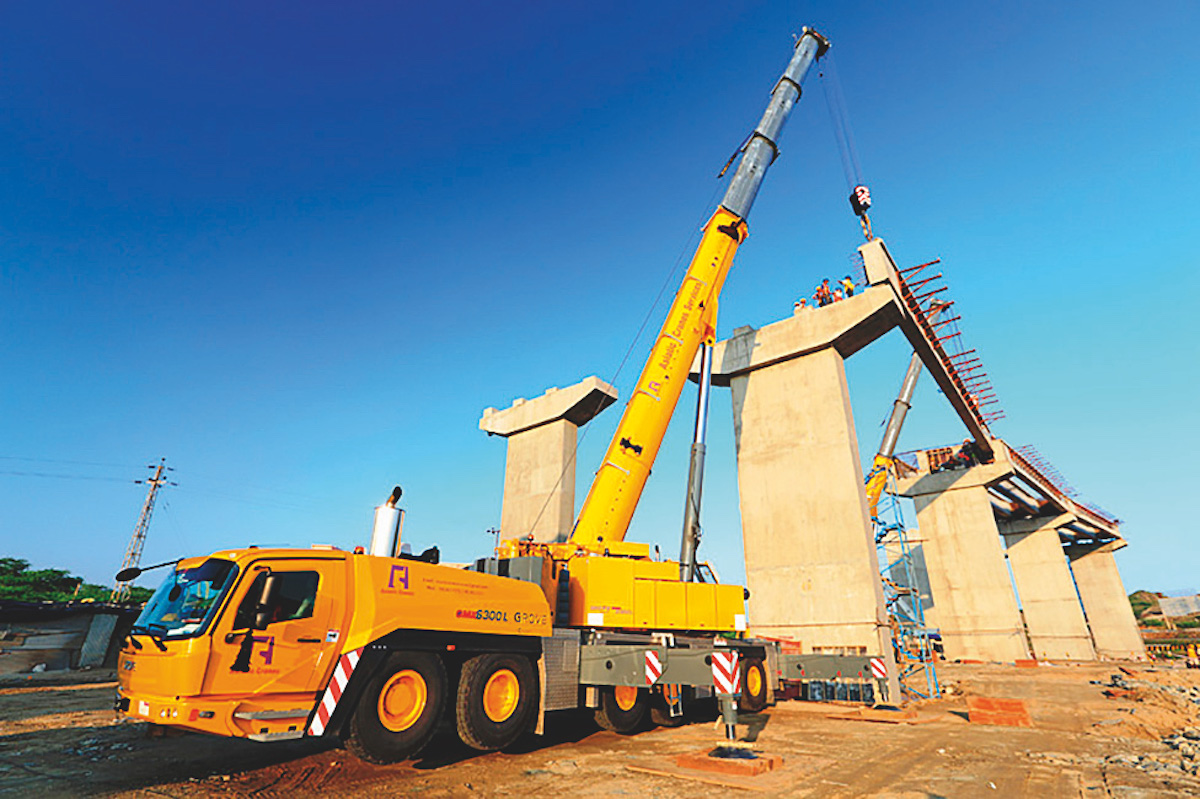 Moving forward, the company’s ambitions are not restricted to any particular aspect of the business, but the firm is committed to learning everything it can from the giants of industry who came before it, like Larsen & Toubro, a construction engineering company headquartered in Mumbai. Going into 2018, 80% of DBL’s order book was coming from the road sector, but there has been a concerted effort over the past few years to make the company competitive in building construction, mining and irrigation, given that these are increasingly becoming priorities for the Indian government. Signs are promising, and there is a recognition that the principles underlying DBL’s strength in EPC projects can translate across sectors.

With the government having recently raised the early completion bonus from three to 5%, DBL will continue to aim for early completion, given that this is another significant element upon which its stellar reputation rests. Early completion, of course, serves the government’s purposes, too, and an increase of the bonus to 10% is being mooted for projects completed a year ahead of deadline.

A range of government initiatives are currently in place in India, in sectors including irrigation, roads, and manufacturing, which offer companies like DBL the opportunity to play a vital part in the country’s growth. Nitin Gadkari, the Minister for Road Transport and Highways, Shipping, and Water Resources, River Development and Ganga Rejuvenation, is overseeing a project designed to solve India’s water supply crisis. Improved water management is required if the Indian government is to achieve its target of doubling farmers’ income by 2022. In addition to linking rivers, this involves implementing improved irrigation systems, using pipelines instead of canals to reduce water wastage.

The National Water Development Agency has identified 30 potential rivers that could be linked, with 16 in India’s peninsular areas and 14 in the Himalayan regions. A 15,000-kilometre network of canals will be used to transfer 174 billion cubic metres of water. Currently, large quantities of river water are lost as run-off to the seas, and water scarcity could be solved by trapping the water and diverting it to those regions where it is most needed.

The opportunity for DBL to participate in the construction of these new irrigation systems will be complemented by opportunities continuing to emerge in the road sector, with road development still an important strategy to transform India from a developing into a developed country. Extant highways are being expanded from two to four or six lanes as India’s urban populations rapidly grow, and the government’s Bharatmala project, announced in 2015, involves the creation of 50 new national corridors that will connect 550 districts throughout the country. The project offers a clear vision of the government’s plan for India over the next five years, allowing DBL to plan accordingly. The road industry is blooming and DBL has seen record order inflows and a massive 15% market share this year.

Finally, the ‘Make in India’ initiative and the Smart Cities Mission are both being deployed with the aim of contributing to India’s growth and increasing its standard of living. In response to a crisis precipitated by the bursting of the emerging markets bubble in 2013, and with India’s growth rate tumbling to its lowest point in a decade, Prime Minister Narendra Modi launched the ‘Make in India’ program in 2014 to encourage manufacturing within the country and open up multiple sectors to increased levels of foreign direct investment.

The Smart Cities Mission, a plan to develop the urban ecosystems of 100 cities throughout the country, was announced in 2015. Designed with the needs, aspirations and quality of life of the citizens in mind, the mission represents a long-term goal of sustainable and inclusive development across India.

DBL has perfected a recipe for success that is replicable, and is built around careful planning, early completion, capital ownership and a refusal to sub-contract any of its work. In his Independence Day speech of 2017, Prime Minister Modi called for a ‘New India’, articulating his hope that within the next five years, the country could transform itself into a newly prosperous nation. Integral to the realisation of this ‘New India’ will be its infrastructure, and as the country’s fastest-growing EPC company, DBL is nicely situated to contribute to the process.

Its engineering strengths and execution prowess will see it make a valuable contribution to the smart cities being developed across the country, and India’s path to growth will offer new opportunities that an agile firm like DBL will be able to take advantage of along the way. 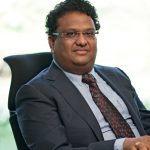