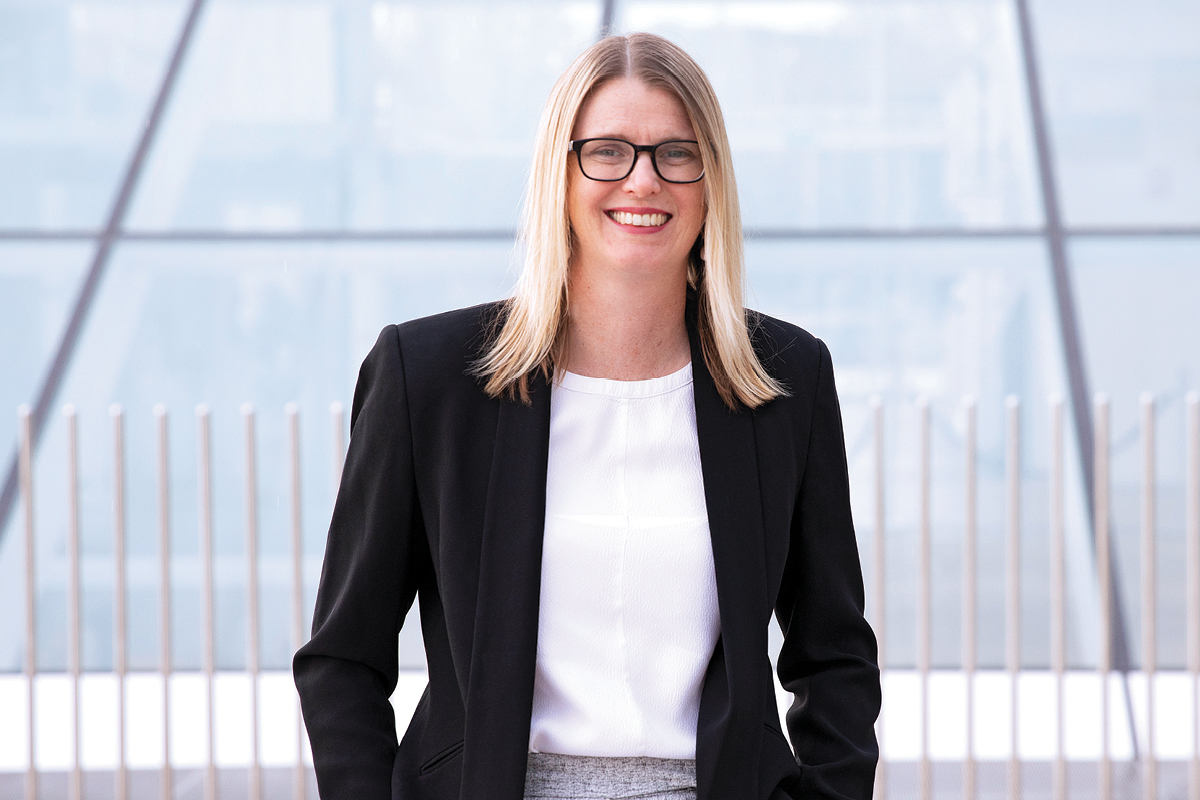 Heidi Hutchins’s family are big fans of Monty Python. In year 10, when Heidi was thinking of her future career options, she recalled an episode of the British comedy series with a skit featuring Ethel the Aardvark who goes quantity surveying.

“I looked at the job description for a quantity surveyor and I decided it is something I would be interested in,” she tells The CEO Magazine. “I didn’t want a job where I’d be stuck behind a desk all day, so being in the construction industry was attractive from that perspective.”

Raised on a cattle farming property in Tooma, New South Wales, Heidi decided to move to Sydney to study building construction management. But after university, she got a job as an equity analyst with Deutsche Bank, where she handled property trusts.

While Heidi had deviated from construction for a time, one thing pulled her back into the industry. “I got engaged to a man,” she laughs. “He was living in Sydney with me at the time and his parents were ready to exit the business.”

That company was Hutchins Bros, and Heidi, together with her now husband, Bill Hutchins, had to decide whether to take it on or let the opportunity go. They decided on the former.

“Since we were both from the country, we were planning to move back there to start a family,” Heidi says. “So the timing worked well for us.”

Bill’s father Stewart established Hutchins Bros with his brother, Graham, in Narrandera in 1980. It specialised in building farm sheds. In 1985, Graham opted to leave the business, selling his share to Stewart.

For more than 18 years, Stewart and his wife ran the business – expanding its services to include steel fabrication. And in 2004, Stewart sold a 50% stake to Bill and Heidi.

“It was a big decision to venture into business with the soon-to-be in-laws,” Heidi recalls. “But it just worked. We all really enjoyed working together.”

When she was younger, Heidi always wanted to own a business. She admits to having a make-believe business called D&J Industries. “It sold agricultural products – because I came from a farming background – and I would prepare fake invoices,” she says, amused at the memory.

Now with Hutchins Bros, Heidi has seen her dream come true. “I think I was destined to do this. And it’s been really good working as a husband and wife team. My husband’s got all the hands-on knowledge of what we do. My experience at Deutsche Bank – pulling companies apart and writing research papers on them – helped me understand the fundamentals of business accounting. So I’m very lucky that I deviated from the construction path a little bit because it really helped. If I’d gone straight into construction, I wouldn’t have had that knowledge.” 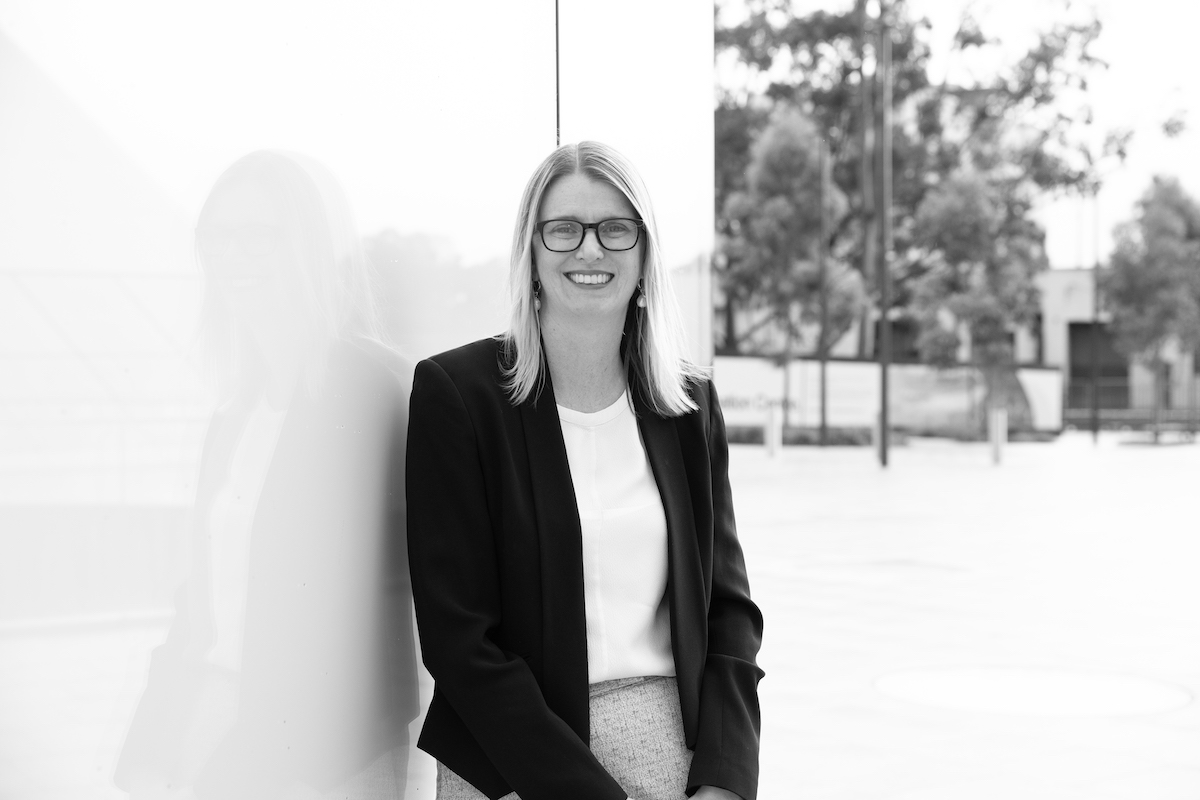 Heidi and Bill eventually bought the remaining 50% of Hutchins Bros in 2011. They have served as directors of the business ever since.

When Heidi and Bill first started on their own, they focused on breaking back into the local Riverina market. But with the contacts Heidi had in Sydney’s property trust market and Bill’s experience working for a steel erection company, also in Sydney, they saw an opportunity to expand their business into the city’s metropolitan market.

“From there, we expanded our repertoire into shopping centres and car dealerships, then we cracked into the defence market. We have worked on numerous defence bases – on accommodation buildings, basketball stadiums, gymnasiums, kitchens and dining halls.”

After these ventures, the company started getting contracts with the tier-one builders such as John Holland. Rather than getting one building at a time, it could be contracted to undertake 14 buildings at once.

With 66 steel-framed buildings, it is the company’s largest project to date. Heidi describes the benefits of having a business in a regional community. “There’s plenty of land around us. We’re on the crossroads of the main highway between Melbourne and Brisbane as well as the highway between Sydney and Adelaide.

“So freight-wise, we can be just as cost comparative as in the metropolitan area. We’re also well-serviced by rail and by flight. I can fly to Sydney in the morning for a meeting and be home by 3.30 in the afternoon.”

In addition, Heidi highlights the assistance the company has received from suppliers such as General Manager Tilo Schmidt at Albury Galvanizing. “We are only as good as our supply chain,” she says.

“We always make sure we’re supporting each other where we need it. A lot of our jobs, even though they might be long-term in nature, have short time frames. So we rely heavily on products coming to us or being processed in a timely fashion for us to meet our deadlines. We also require our suppliers to have strict adherence to quality.”

“Working in a small community, we know everybody and their families.”

Supporting the community is a top priority for Heidi, especially as she lives in a country town with around 4,000 people. “When we bought into the business, my in-laws were down to only employing one person. We’ve built that up to 30 full-time jobs for our community, which is great for a small town.

“Being a family business, we have a close relationship with our staff. Working in a small community, we know everybody and their families and who works here, and they know us. We like to think that we’re flexible with our staff. We show them loyalty in the hope that they’ll show the same back to us.”

But if there is one piece of advice Heidi would share about working in the construction industry, it is to “never burn a bridge”. “Even though construction employs quite a lot of people, you do come across the same faces regularly.”