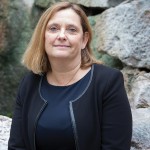 For the past two years, the MT Højgaard Group (MTH) has been undergoing a revolution of sorts to set it up for prosperous growth in the fractured Nordic construction and civil works markets. The business has a vision to be the most productivity-enhancing group there is, and is now focusing on a positive growth agenda to ultimately become one of the leading players in the region.

Helle Bro Krogen became the Executive Vice President of MTH in September 2015. Her appointment was in response to the group’s increased focus on human resources, including organisational and leadership development, as well as on attracting and retaining talented employees. Since 2009, she has been a part of MTH’s group management, primarily responsible for the corporate HR department, so she was well equipped with the knowledge and skills required to take on this new opportunity.

“MTH has undergone extensive changes, going from a situation of crisis to one of stability. This has required a large effort from our employees, and we have implemented a new leadership training program to equip our leaders with the capabilities to undergo these changes,” Helle says.

“It is becoming increasingly more exciting to see that all of the measures we have implemented during the last three years as part of the turnaround have actually worked, with the results beginning to show.”

The headline changes have included embracing technology, working closer with key customers, putting a greater focus on the evaluation of projects and making sure they match MTH prior to going to tender, and creating a completely new strategic framework. MTH now has a requirement that the group must make at least a 5-per-cent EBIT on all business areas and subsidiaries. “This means that any project you want to go through to the tender board, has to have at least this profit margin, otherwise you will not succeed,” Helle notes. “We will not bid on anything that does not have an EBIT margin of five per cent.”