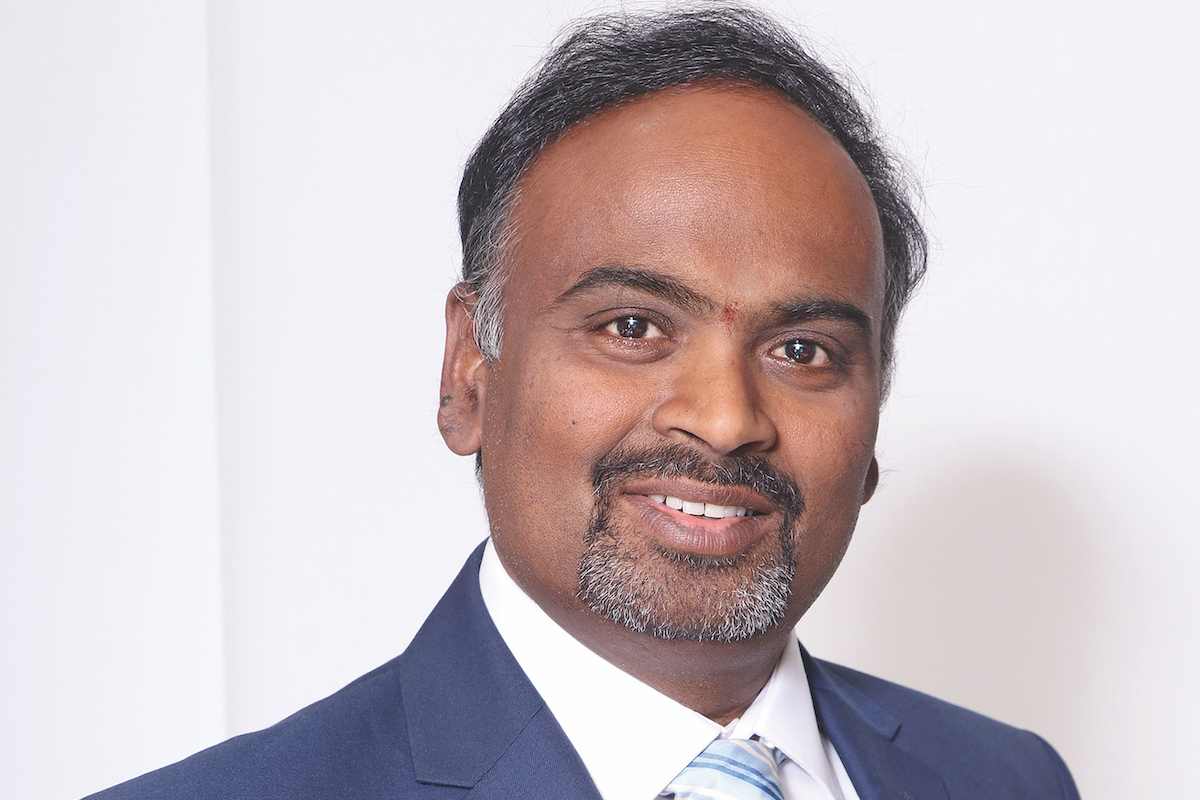 Unlike most other founding fathers of the US who used their proficiencies in law, medicine and accounting, Benjamin Franklin was also renowned for his entrepreneurial skills in small business. In fact, the scientist, philosopher and inventor has been famously attributed to declaring “time is money”, a doctrine Jalandhar Reddy swears by for success in India’s construction industry.

While the Executive Director of KNR Constructions Limited (KNRCL) concedes that bidding for a project obviously needs an important strategy, in the end it’s the delivery that matters. “And that’s where KNRCL scores,” he reveals.

“What drives us is the postulate ‘Time is money’ and that’s the key to the success of the company. When it comes to bidding for a project, we are just one among all the bidders, but when it comes to the execution of the job, we are definitely very different.

“We own the entire range of equipment required for execution and independently source most of the raw materials. Aggregate is the heart of any project and by undertaking all the quarry operations with our own resources, including people and machinery, all the core areas are kept under our control so that the targets are achieved ahead of schedule, duly optimising the costs of execution.”

Over the past two decades, KNRCL has completed more than 6,000 kilometres of road projects across 12 states of India, with about 90% of orders sourced from southern states. 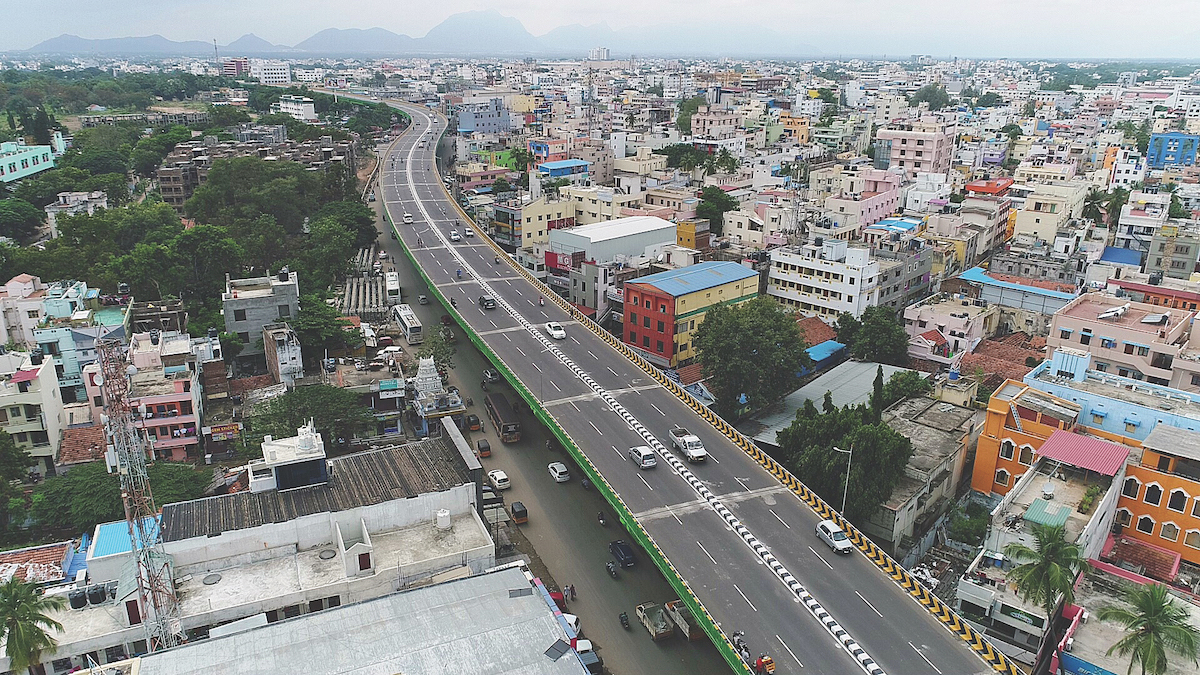 KNRCL, which employs about 4,000 people, was founded by Sri K Narasimha Reddy, father of Mr Jalandhar Reddy. He has more than 50 years’ experience in roads and infrastructure, having launched his career as a small contractor in 1968. Jalandhar Reddy himself joined the company in 1992.

“At that time, we were completing small-scale contracts, district-level projects mainly in the Warangal district in erstwhile Andhra Pradesh in South India.” They slowly expanded by acquiring relatively larger contracts, spreading into different districts like Adilabad, Karimnagar and even the state of Maharashtra.

“KNRCL’s growth has been gradually improving step by step, rather than with a rapid steep rise. Maybe that means we are not that robust, limiting our growth to a medium-sized company, but we always believed that it is better to expand gradually and carefully.”

Despite orders on KNRCL books doubling over the past two years as the demand for infrastructure throughout India soars, Jalandhar Reddy still exercises caution, relying on the foundations built by his father.

“Our business was started when infrastructure in India was very poor,” he says. “There was no depth to it, nor was there any guarantee for the completion of projects. So we employed the best resources available in engineering skills and equipment to ensure completion of every project we started. We wanted our company to contribute to the nation by creating assets for generations. We take pride in that.”

“We wanted our company to contribute to the nation.”

Jalandhar Reddy admits that competition, particularly from larger companies, is tough, with additional challenges resulting from the shortage of skilled labour in India, a worldwide problem threatening the construction industry, and Jalandhar Reddy describes this as his greatest challenge.

Finding the right workers is crucial to meeting the strict deadlines KNRCL commits to. “We also have hundreds of suppliers relying on us and we in turn rely on them working together to realise the set targets,” Jalandhar Reddy says. “The majority of our payments are made immediately on delivery, which not only gives us the best price but also enables our suppliers to make their money immediately. It also ensures that our deadlines are met, so everyone is happy.

“In this industry, it’s all about time versus money. If you lose time, then you’re losing money.” 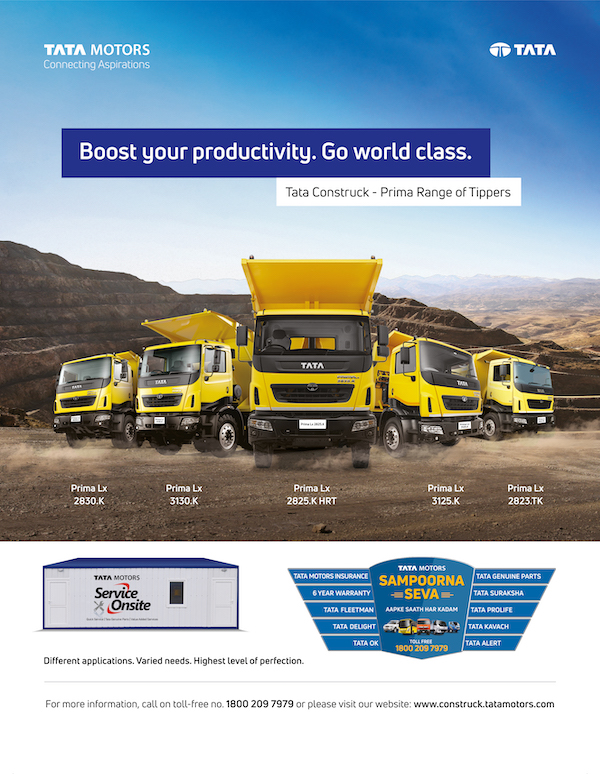