It becomes abundantly clear very early on during a chat with Jim Penman that any preconceived ideas you may have had about this CEO of Jim’s Group need to be tossed out the window. Pretty much straight away. He’s just not what you expect. “I’m lazy by nature,” he reflects. “Some think I’m a workaholic, but I’m not. I’m lazy, I really am.” Lazy?

This coming from a man who operates the largest franchise group in Australia, an iconic billion-dollar brand built from a $24 investment nearly two decades ago, and which offers – for the moment, because new ideas are constantly trialled – 55 different services operated by 4,000 franchisees attracting 35,000 customers every day.

A man whose famous caricature sporting a warmly squinting grin and hard-yakka hat splashed upon thousands of vans and trucks is recognised throughout Australia, an image so well-loved that it’s parodied in memes.

A man who makes complaints about his business, and a socially awkward 68-year-old who is probably the only CEO in the country to conduct a weekly Q&A live on Facebook every Wednesday night.

Outside work, his greatest indulgence is scientific research, a passion triggered by his insatiable curiosity to understand the patterns of history, and why civilisations change, flourish and die.

Recognised as a world-leading social theorist on the subject, he’s authored the Biohistory titles and co-authored numerous papers in leading journals, pouring millions of dollars into research – particularly studies on mental illness. But back to his laziness.

And that $24. A self-confessed nerd as a boy (and arguably he still is), Jim started earning money from the age of eight, helping neighbours with gardening jobs.

He spent his gap year working on a farm and starting a gardening business, among other things, before heading to Melbourne’s La Trobe University with his sights set on becoming an academic and a PhD in history.

Continuing with his work on the weekends, Jim says business was doing well, earning him enough to buy a house.

“Then I got very lazy and arrogant. I’d be sitting around reading science fiction when I should have been working. I blew it, ending up in a really bad situation. So what do you do with a failed PhD and $30,000 in debt? You mow lawns. And that’s what I did. So that $24 investment was more about stupidity and laziness because that and some crappy old equipment was all I had to start a business.”

It was 1982 and work was plentiful, enough for Jim to subcontract and launch the Jim’s Mowing franchise seven years later.

As his popularity spread, other entrepreneurs approached wanting to use his famous logo to launch their own ideas, triggering dozens of new services including cleaning, removals, pool care, dog grooming, traffic control, computer services, pest control, painting and locksmiths.

I’m not good at very much, so I just focus on the very few things that I can do.

Jim’s Group is headquartered in Melbourne’s Mooroolbark, nestled in bushland at the Foothills Conference Centre – a former Swinburne University campus and a mere two-minute walk from Jim’s home next door.

It’s where new franchisees are trained and new ideas explored, such as the trial currently underway for poo collection services. “Yes, we’re trialling that in Melbourne,” Jim laughs.

“Someone will come to your yard and clean up after your dog.” Jim’s commitment to the welfare of his franchisees is a priority. They are sourced and mentored by regional franchisors all local to their areas, and responsible for sourcing and helping to establish new franchisees and building personal relationships with them.

“It’s a good business being a franchisor, but you have to be involved. Their job is to offer encouragement, advice and support, maybe even the occasional kick up the backside if necessary when they’ve done something wrong or need the confidence to do better. I don’t get directly involved with these relationships, it’s up to the franchisors to choose good people, not people prone to fail. 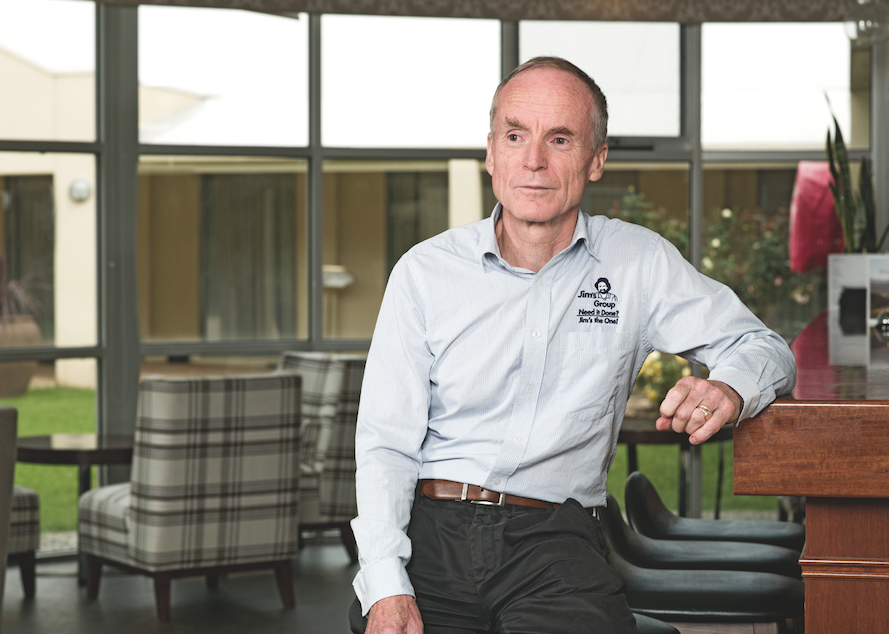 “Happy franchisees are vital to the business and we’ve got a good success rate. They know I am here for them and every franchisee has my direct phone number and email address. Already this morning I’ve communicated with about 10 of them in one way or another.

“I’m not good at very much,” he adds, “so I just focus on the very few things that I can do. In some ways it’s actually an advantage being bad at a lot of things, as long as you recognise it, because that forces you to find people who are good and surround yourself with them.’

As far as Jim’s customers go, they’re seemingly a largely happy bunch with relatively few complaints, an observation confirmed by after-service surveys. Jim checks the ratings personally and admits his habit of ‘breathing down the neck’ of franchisees is not always warmly welcomed.

But if a complaint reaches head office a second time, he doesn’t hesitate to get involved. “The call is automatically put through to me and I do whatever is necessary to fix it,” he explains.

“To be fair, it’s not always the franchisee’s fault, but if they get a certain number of complaints, a warning letter is sent followed by a breach notice of termination if things don’t improve.

“People who focus on the money first tend to do a lot worse than those who focus on doing a great job first. You’ve got to care. Reputation is everything and we’ve done phenomenally well in recent years with our volume of leads based on service rising dramatically.”

Meanwhile, Jim still maintains he’s lazy, not to mention a rather ‘pathetic’ handyman whose wife Li can ‘bang a better nail’ than he can. In fact, seguing into Jim’s personal life provides as interesting a journey as his career path does.

Jim is on his fourth marriage, albeit one that has lasted nearly 20 years, and has 11 children, four of whom are from his relationship with Li.

“My three previous wives couldn’t stand to live with me,” he admits. “It must be just some basic flaw in character. But I won the lottery with Li. She runs our conference centre, a building company and a factory. And she can wield a hammer. She’s a saint, I adore her completely and would do anything for her.” 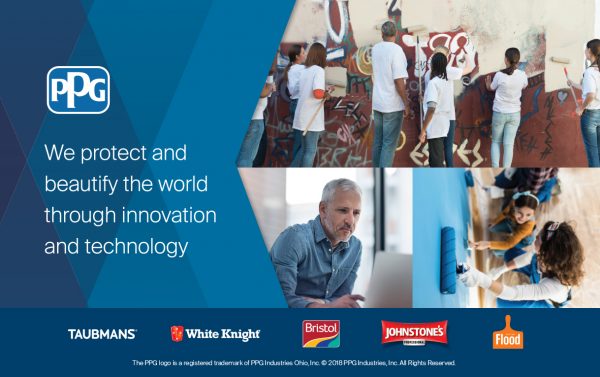