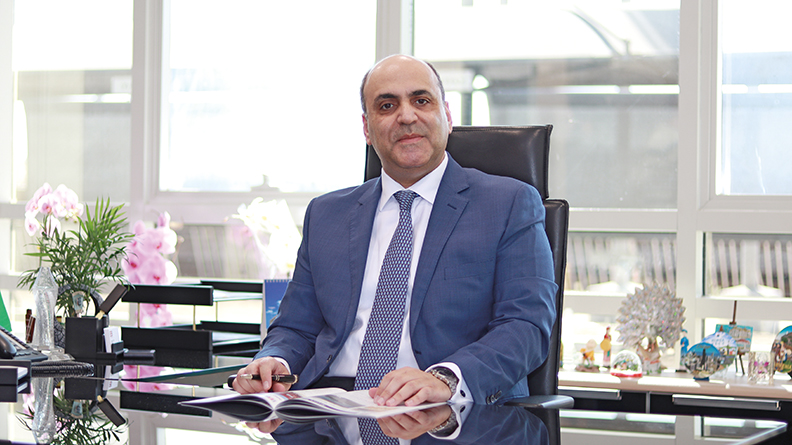 Given the current global climate, most business leaders would be forgiven for feeling far from optimistic – but Joseph Chidiac is obviously one of those glass-half-full people. “There is always an opportunity to succeed, even if you have to swim against the current,” the General Manager of Emirates Building Systems (EBS) tells The CEO Magazine enthusiastically.

“You have to be brave and patient, and ignore those who try to fill your head with negative ideas.” For this construction professional, there’s plenty to be excited about, despite the challenges triggered by the COVID-19 pandemic.

“The GCC countries, such as United Arab Emirates, Saudi Arabia and Oman, are still developing,” Joseph explains. Then there’s also the promise of new regional markets, such as Africa and Central Asia. “Africa is still untouched, and there is a lot of development to be done there.”

Some of the company’s projects on the continent include the design, manufacture and supply of steel structures, sheeting and accessories for multi-storey carparks, hospitals and factories in Ivory Coast, Ghana and Mauritania; steel structures for oil and gas field development in Algeria; and the construction of industrial parks in Ethiopia.

As it makes a foray into regions beyond the Middle East, EBS is drawing upon its reputation as one of the UAE’s leading manufacturers of steel structures.

Headquartered in Dubai, the company has been instrumental in the development of the city, with an impressive portfolio of completed projects including the Dubai World Central International Airport Cargo Terminal and Passenger Terminal, Dubai Metro, Dubai Public Prosecution’s new building, high-rise buildings and several pavilions at Expo 2020.

Other landmark projects in the region include depots for the Riyadh Metro, the 218-metre skyscraper for Al Tijariya Tower in Kuwait, the SUR Independent power plant in Oman, and Bahrain Mall.

Joseph has been with EBS since 1997, its first year of operation. He joined as a graduate recruit from university studies in civil engineering at Lebanon’s Saint Joseph University of Beirut (ESIB).

As the company has grown, so has he, moving up the ranks from Design Engineer to Customer Service Manager, Senior Plants Manager, and Manager of Projects Management and Planning. In 2011, he was appointed Deputy General Manager, a position he held until May 2019, when he became General Manager. Along with his extensive experience across all aspects of the business, he says that his network of regional and international clients has helped him develop within the business.

“Networking was something that enhanced my potential. Even when I was starting out in the company, I was reviewing sales contracts, creating contact with clients and attending meetings with the senior management.”

His positive attitude has seen him overcome many of the challenges he has faced in his career, particularly those with a personal angle, such as negotiating the shift from colleague to executive.

“When you are promoted from within the company to a position such as General Manager, it can be challenging to deal with managing people who were once your co-workers, especially when you start making changes,” Joseph acknowledges.

By keeping friendship separate from his executive goals, he has been able to navigate the transition. Other challenges include “maintaining our sales and our superior service and profit for the shareholders”, he says.

“We also cannot ignore the consequences of the COVID-19 pandemic, which has affected businesses globally.” He is thankful for the support provided by the UAE government, which he says has enabled key industries like manufacturing to meet local and international demand, and maintain its production schedules.

EBS is a wholly owned subsidiary of Dubai Investments, one of the most important investment companies in the region with interests in diversified sectors, including real estate, industrial, finance, health care, manufacturing and education. The financial strength that this ownership structure provides is something Joseph believes has contributed to its ongoing development. “We don’t face the financial problems that some companies do when it comes to growth,” he explains. “The board fully supports any expansion or investment that we need to make to improve our service or our operations.”

The other secrets to the company’s growth include a track record of delivering a diverse portfolio of premium quality products to an array of project types: from airports and railways to showrooms, shopping malls, power plants, oil and gas structures, factories, car parks, bridges, warehouses, high-rise buildings, and even theme parks and dairy farms.

We don’t face the financial problems that some companies do when it comes to growth. The board fully supports any expansion or investment that we need to make to improve our service or our operations.

It is these relationships – with customers, suppliers and employees – that, for Joseph, define success in business. “Without them, you cannot succeed,” he insists. Commitment, consistency and client satisfaction are other measurements, as is knowing the company’s limits.

“Sometimes we have to say no, we cannot do it. We study our risk to take on every project, and it’s OK if we’re not able to do it. We don’t have to say yes to everything.” However, Joseph knows that it’s the people at EBS who have the largest impact on the company’s ongoing success.

“They are our biggest asset,” he says, adding that an opendoor policy is a characteristic of his leadership. “We listen to our employees and encourage them to approach us with new ideas or to discuss personal issues.”

The result is a culture that promotes workplace harmony and a direct line of communication with the leadership team. “We don’t put any barriers between employees and senior management. When they are at work, they feel as if they are at home.” 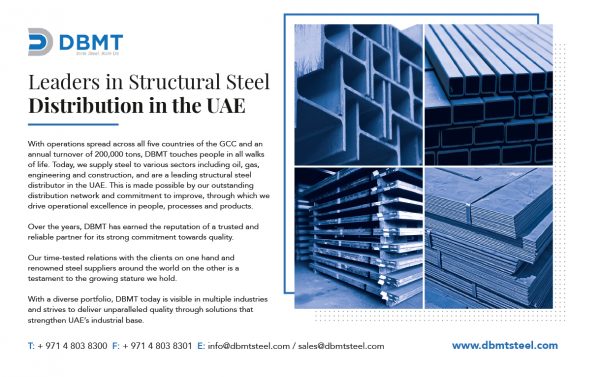