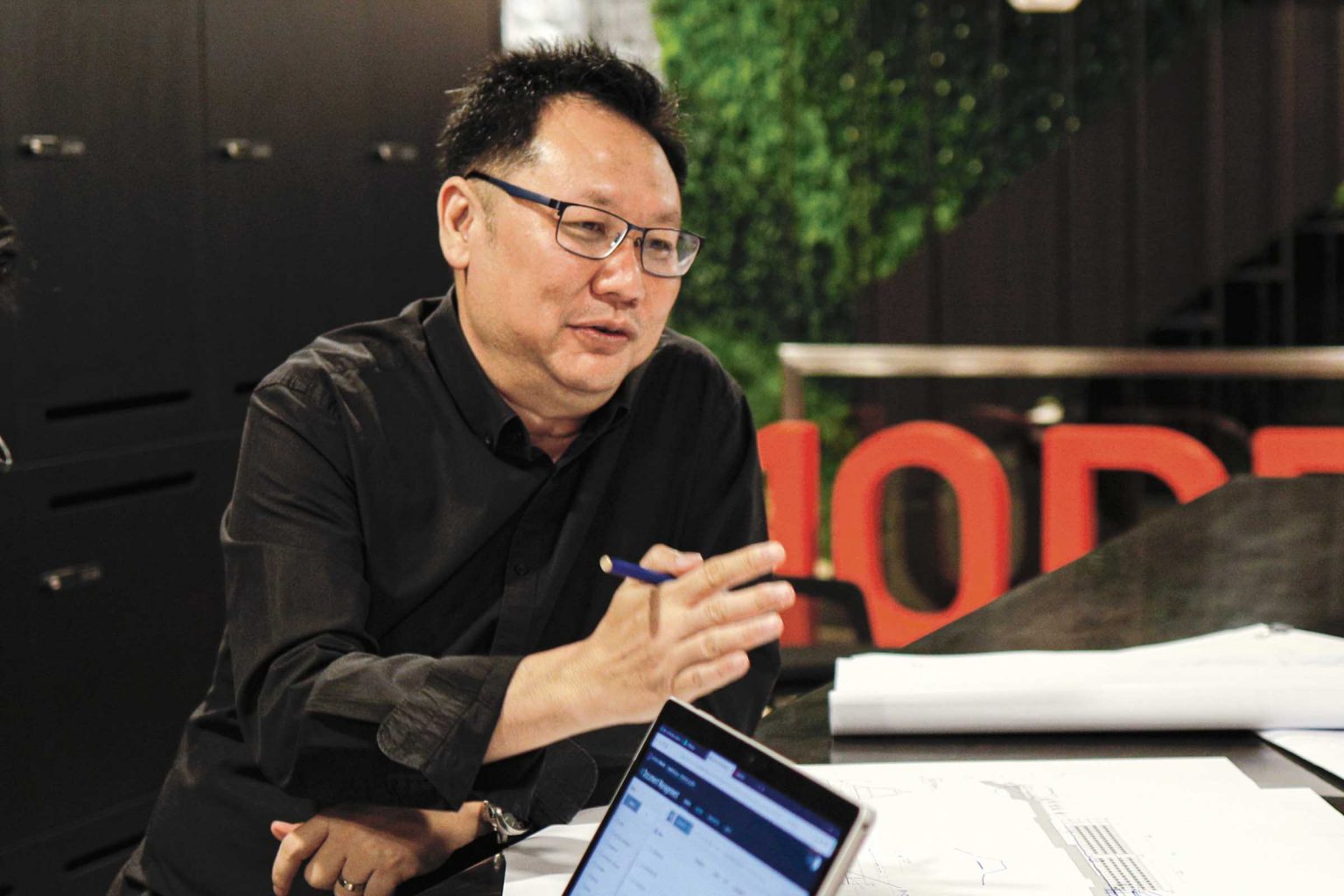 For anyone not yet familiar with the newly coined term ‘glocal’, it is a fusion of the words global and local. For architecture firm ONG&ONG, it means respecting local contexts and culture, hiring local talent and instilling “world-class excellence”. The notion forms a cornerstone of the company’s mission. 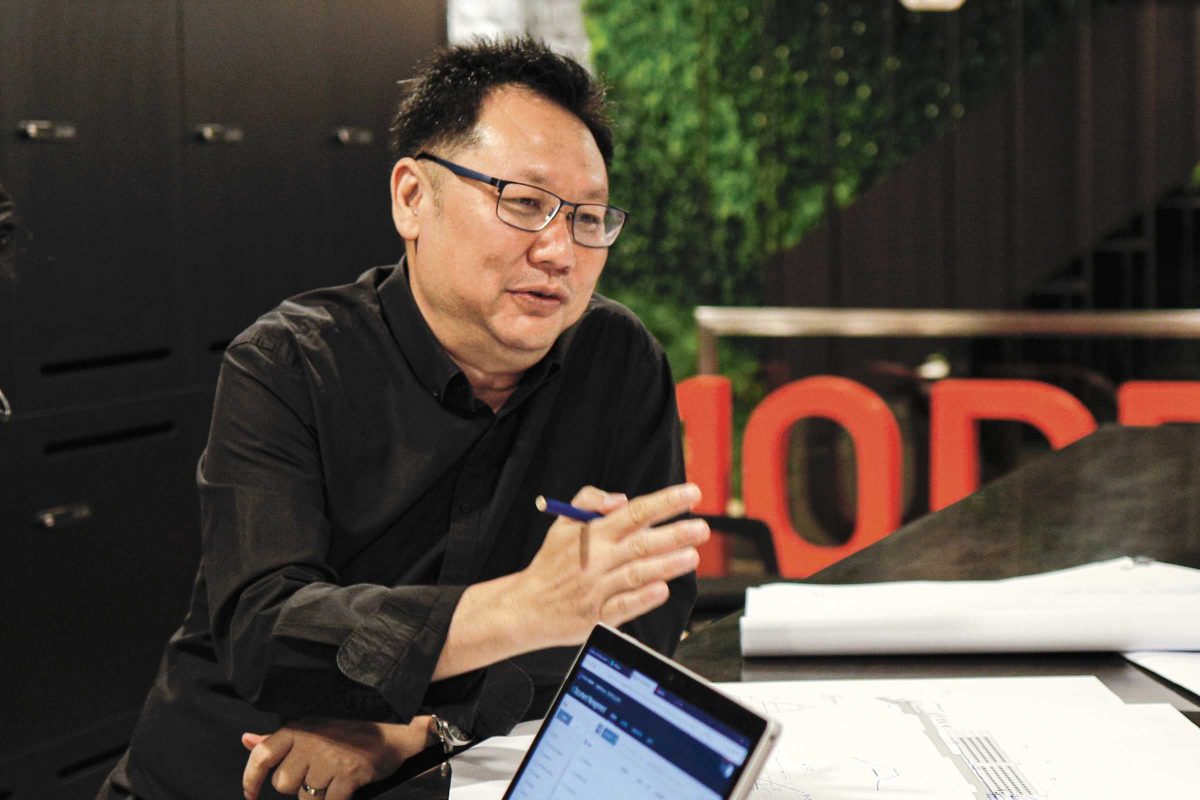 “Our motivations go far beyond just practising architecture,” ONG&ONG Indonesia CEO Kurjanto Slamet tells The CEO Magazine. “Our projects should also serve the community and add value to lives, creating a virtuous cycle. What we do is about improving the environment for humans and nature alike.”

Kurjanto joined ONG&ONG in 2011 with a mixed bag of experience. After graduating from the National University of Singapore in 1997, he joined a corporate firm, giving him broad experience across residential, commercial, industrial and mixed developments.

After becoming qualified to practise architecture in Singapore, he decided to go out on his own. Convinced architecture should be more than simply commercial, he worked on a series of projects that gave materials a “second life cycle”.

One such project, Jalan Siap House, was recognised in the Sustainable Buildings category in the Cityscape Architectural Awards held in Dubai in 2011. He also led the design of Singapore’s award-winning Al-Ansar Mosque, which includes a public plaza. “I proposed that the architecture reflect the building’s community integration.”

Although he was kicking goals, Kurjanto did not feel totally settled. “At the same time, I felt a calling to return to a country that is close to my heart, Indonesia,” he says.

We aim to create low- or zero-energy buildings that enable a circular economy.

“I joined ONG&ONG in 2011 and was tasked with developing its business in the Indonesian market. Returning to my birth country and contributing to its built environment was an opportunity I could not miss.”

A big part of the company’s appeal was its “glocal” approach, which uses local architects, in contrast with other foreign firms that largely pass projects to teams in their respective countries.

“ONG&ONG differs by hiring the expertise locally and growing local capabilities,” he explains. “I believe we are the first foreign firm to offer full design consultancy services, including the endorsement of plans for the authorities’ approval.

This gives rise to the opportunity for knowledge transfer.” In return, the Indonesia team benefits from exposure to ONG&ONG’s global culture, philosophy, work culture and standards, as well as its overarching sense of dynamism.

“Aside from quality deliverables, they gain an understanding and appreciation of the process, which is equally, if not more, important,” Kurjanto adds. “The team thus grows and develops in its breadth of skills and depth of understanding.” In this way, he believes the company brings itself closer to the countries in which it operates.

Cultural differences between Singapore and Indonesia meant growing the business locally was not entirely easy. Fortunately, being born and raised in Indonesia, then educated in Singapore where he lived for more than three decades, Kurjanto can appreciate both perspectives. 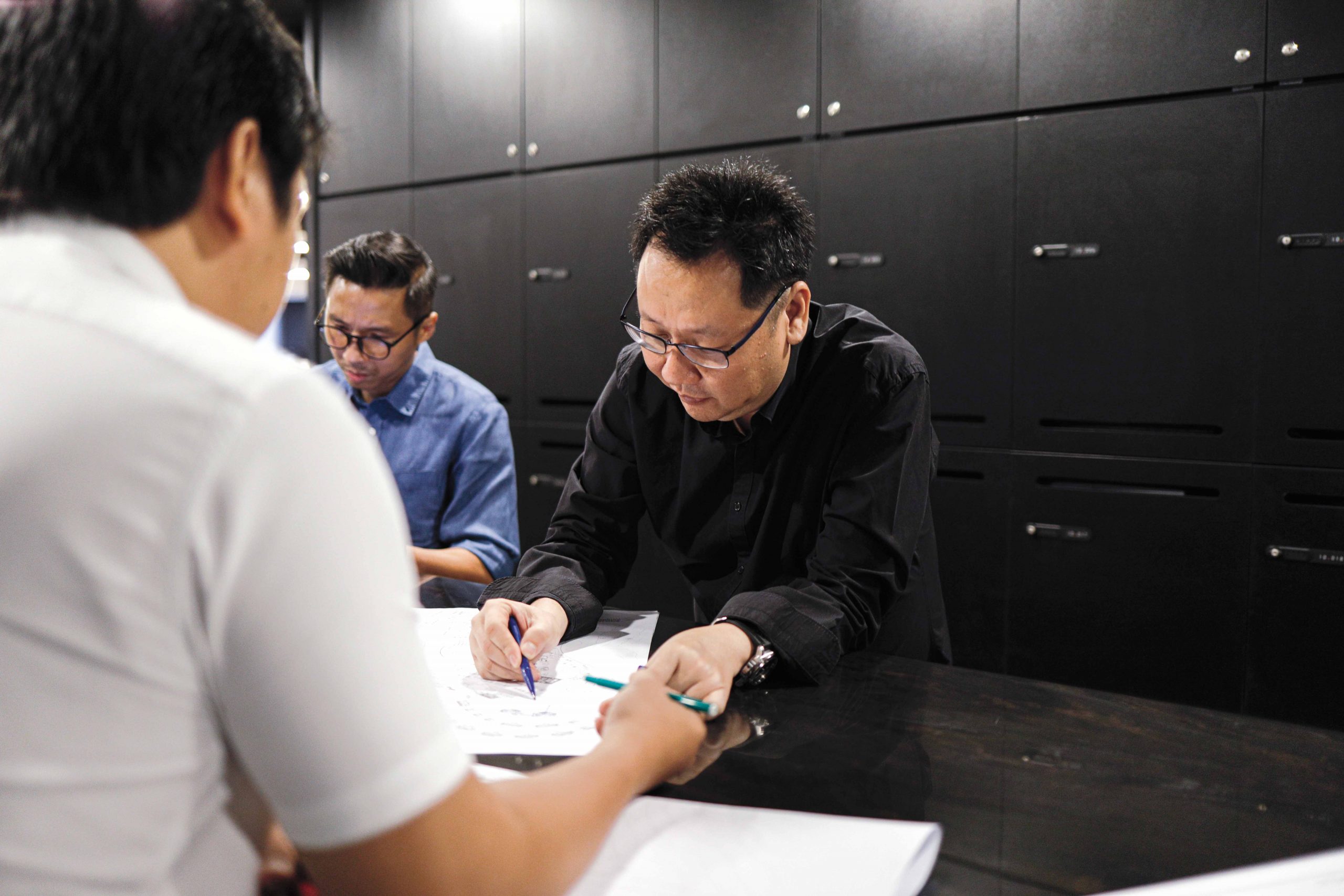 “Indonesia has an entirely different context and culture from Singapore,” he shares. Indonesians prefer to avoid conflict and confrontation in their business dealings, although this can make it necessary to “second-guess”a client’s needs.

Ambiguous urban guidelines in Indonesia’s cities can also make the architectural process difficult, but Kurjanto counters that discussions around these grey areas can also create “holistic” and “beneficial” outcomes.

The diversity of the Indonesian archipelago also stirs up the process. “What works in Jakarta may not work in Bali and vice versa,” he points out. “When paired with our Singaporean DNA, it pushes one’s creative boundaries.”

Kurjanto describes ONG&ONG’s offering as a “holistic 360 solution” that encompasses design, engineering and project management. “Our philosophy is very much based on elevating the user experience through innovation, including sustainable design practices,” he says. Determined to position itself as an “industry leader” in the incorporation of digital technology into its workflow, ONG&ONG has prioritised the integration of building information modelling.

“We have a dedicated Digital Technology department to drive multidisciplinary BIM usage,” he says. “This has enhanced workplace mobility and agility across geographies.” Driving change in terms of sustainability is also a priority.

“With our mission of becoming designers to improve the world in which we live, sustainability in the built environment is paramount,” Kurjanto insists. “This is deeply ingrained within our core values, and it guides our leadership and business culture.”

The company’s efforts have so far been well received, reaping 86 BCA Green Mark Awards since the scheme’s inception in 2005. Of those, 23 are Platinum, 18 are Gold Plus and 40 are Gold Awards. 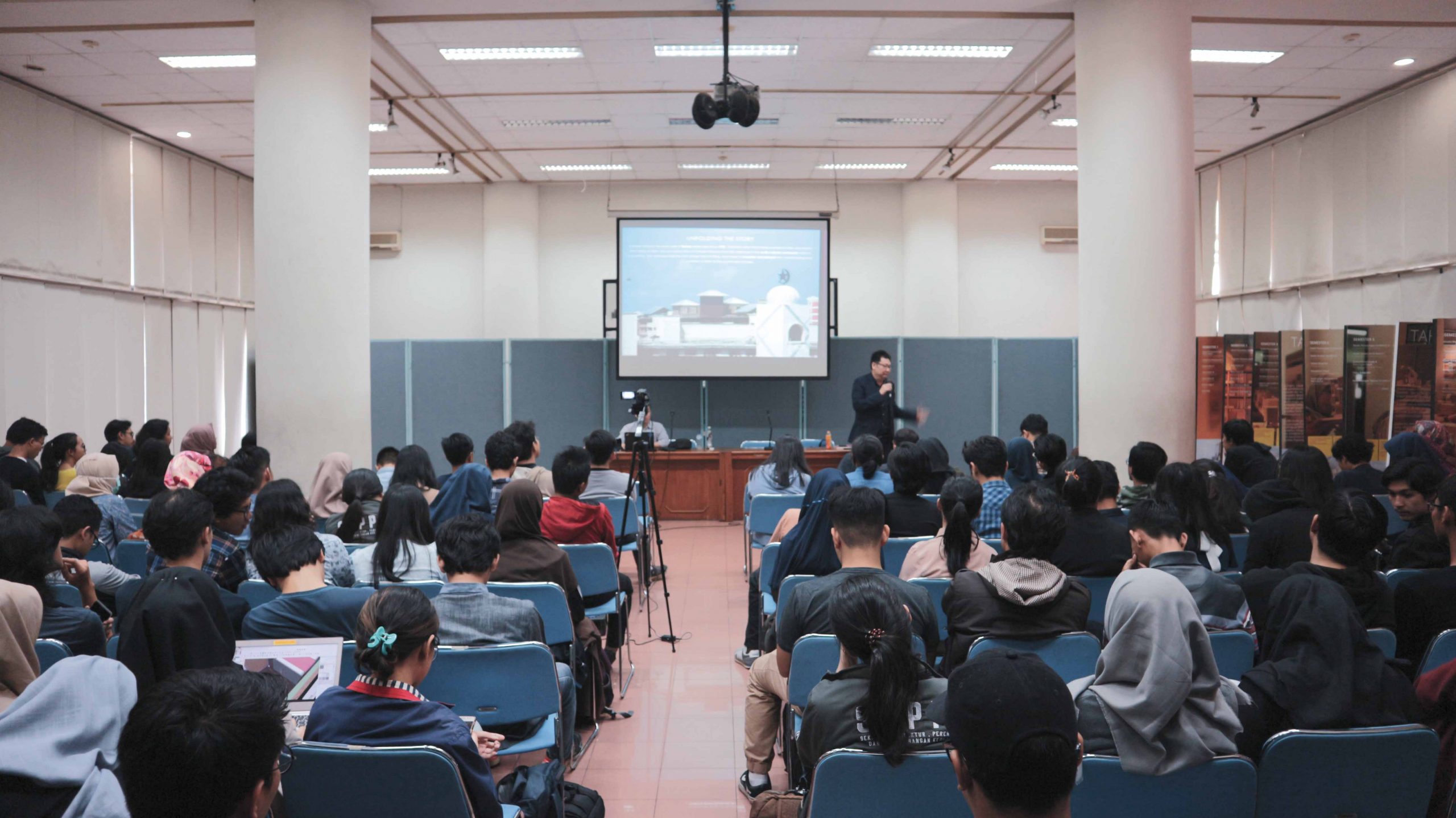 “We have also been consistently named as one of BCI Asia’s top 10 architects in Singapore, recognising our commitment to integrating sustainability across the breadth of our business model,” he says.

For Kurjanto, it is not just about using environmentally friendly materials or techniques, but rather adopting a totally different mindset when approaching design. It is an industrywide trend that is gathering momentum, particularly in the wake of COVID-19. “It’s all about becoming one with nature and ensuring sustainability,” he reveals.

“Biophilic designs where people connect with the natural environment are taking centrestage in the post-pandemic world.” In line with this, ONG&ONG designs consider health, environmental and economic benefits in “equal measure”. “We aim to create low- or zero-energy buildings that enable a circular economy,” Kurjanto says.

With a firmly held belief that its people are its greatest asset, ONG&ONG has come up with a range of initiatives designed to support its staff in their careers, such as 360U. “The 360U is our internal corporate university designed to nurture the talents of our personnel through real-world and on-the-job programs, and foster lifelong learning,” Kurjanto explains.

This focus is part of the company’s 360 design philosophy, with future projects “going beyond” to engage and enrich the community. “Our mission of improving the world in which we live extends beyond practising architecture,” he says.

To this end, in 2012 the company established philanthropic arm The ONG Foundation, which champions initiatives in the areas of education, health and the arts. It also awards scholarships through the Building and Construction Authority iBuildSG Program in Singapore and has an architect-in-residence scheme to “nurture the next generation of industry professionals”.

There are also a number of initiatives in the works, including a water filtration system called GoFlow and a self-sustaining living environment called Cotel. “These initiatives can be deployed anywhere to help those in need, including underserved rural communities in Indonesia,” Kurjanto enthuses.

The ONG&ONG team rose to the challenges of COVID-19 with great “resilience and perseverance”, Kurjanto reveals. This was a great help during those difficult months, as was the company’s early adoption of crucial digital technology.

“We were fortunate that this initiative was implemented before the pandemic. Hence, our teams already had the platforms and resources to effectively pivot to working from home while still collaborating across borders in a virtual environment,” he confirms.

While the company was able to keep going thanks to these advances, the period of uncertainty provided the opportunity for a little introspection.

“Disruption is not always negative – on the contrary, it can push us to greater heights. It allows us to rethink, reinvent and restructure,” Kurjanto stresses.

“Whereas in the past, globally countries relied a lot on outsourcing, the pandemic made us realise that we need to be more self-sustainable.” It is a shift that fits in perfectly with ONG&ONG’s “glocal” approach.

“We want local designers to design buildings that will enrich their own communities,” Kurjanto says. “This means developing local assets – our people – must be a priority so that we are less dependent on imported expertise even as we deliver and exceed world-class standards.” 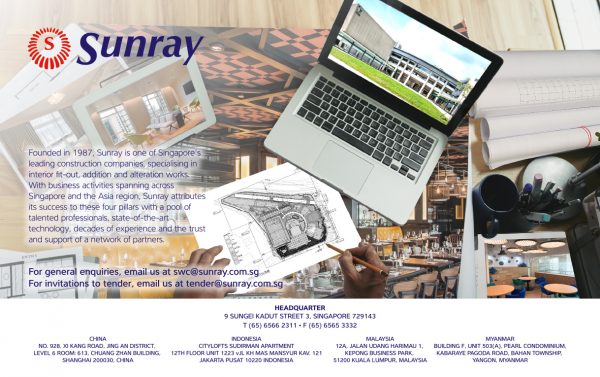 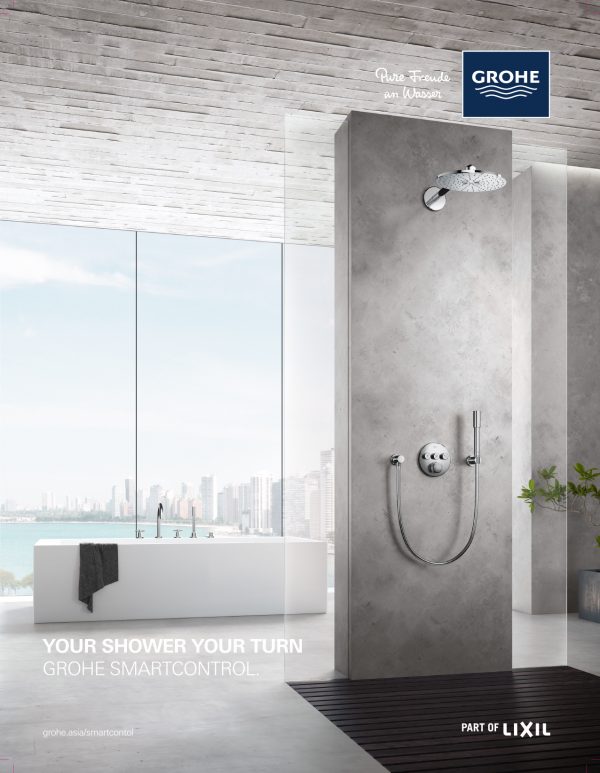