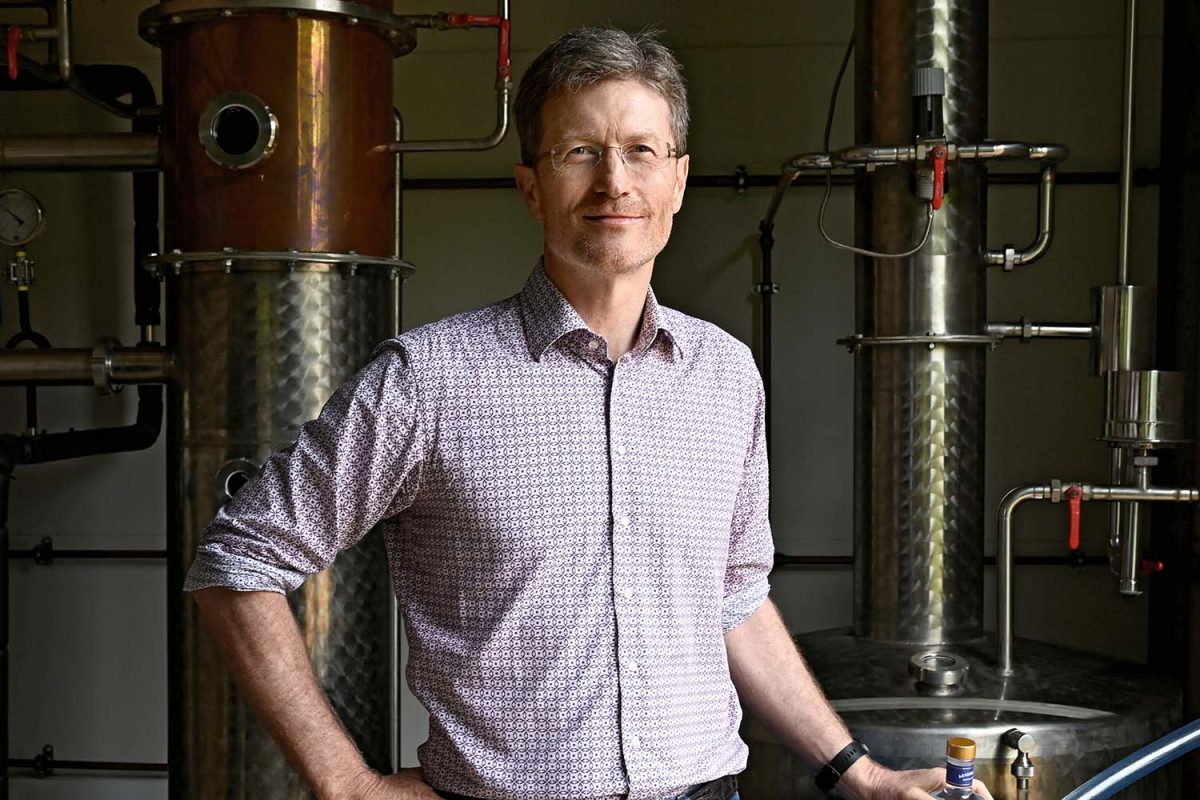 While the Hickinbotham Group has relied on decades of wisdom passed down through three generations of family to build homes and develop communities throughout South Australia, it’s ultimately the loyalty of the company’s huge extended family that helped lay its solid foundations.

That family includes the thousands of clients relying on Hickinbotham’s 66 years of experience to build their dream home or develop durable communities. Many have trusted the company to build 10 of their homes, some up to 20.

A strong testament indeed to the deeply personal relationships Hickinbotham has forged with people who’d trust no-one else with the biggest investments of their lives. Managing Director Michael Hickinbotham turns to the company’s mantra, ‘Improving lives’, when he reflects on how a home is a deeply personal place often reflecting the people who live in it.

You believe him when he says each of Hickinbotham’s 45,000 homes and 10,000 residential allotments is regarded as an individual proposition. “At the risk of sounding a little too romantic, it’s a significant achievement every time we hand over a home to a new owner,” he shares.

“We have done this about 45,000 times, but that doesn’t make each individual home any less important. “We also pride ourselves on creating communities where people and families can thrive. We work with the best planners and designers to master plan communities that incorporate first-class schools, beautiful parks and gardens, fantastic natural play spaces, water-sensitive designs and other environmentally sustainable features.”

Hickinbotham was founded by Michael’s father and grandfather, Alan David and Alan Robert Hickinbotham, in 1954 when they built a home in Linden Park and quickly sold it.

Even though Michael grew up with the family business, developing a healthy curiosity and fascination for the mechanics of commerce while also working on building sites from the age of 12, it was never part of his plan to join the Hickinbotham Group.

He went on to practise corporate law, honing excellent analytical skills and an understanding of how to mitigate risk and solve problems. He admits that while he enjoyed the intellectual challenge of law, he doesn’t miss it, thriving instead on the cut and thrust of business.

“Practising law gave me a good grounding and solid foundation for business,” he explains. “And when I moved on, I was fortunate to have the opportunity to learn from my father and older brother, David.”

Michael had to learn fast, joining Hickinbotham as assistant to the Land Development Manager assigned to “special projects” in 1993 just after the South Australian economy had been “knocked for six” by the collapse of the State Bank and major banks were scrambling to limit their vulnerability.

“The Commonwealth Bank wanted all of their loans repaid,” he tells. “We had no choice but to sell the assets of the business for cents in the dollar during the worst downturn South Australia had experienced post-war. 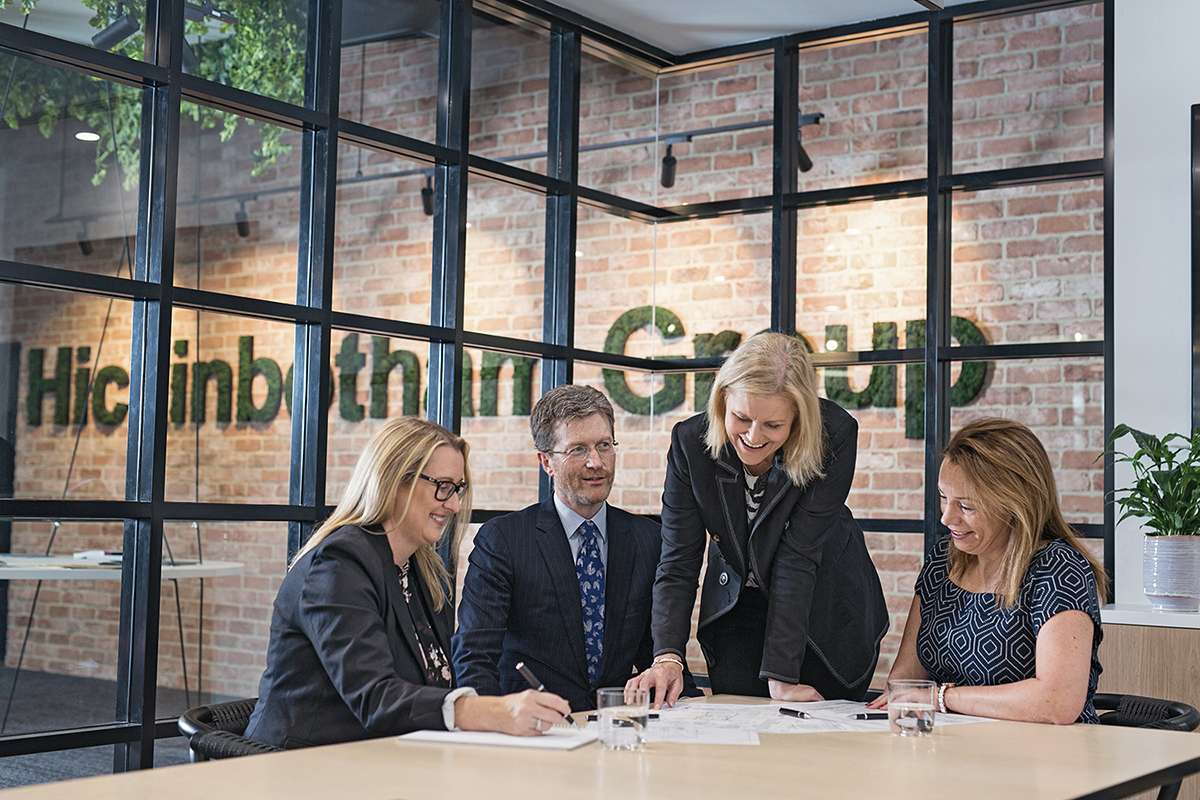 “It was a body blow to the business, an enormously stressful time for my father, my brother and me as we worked to restructure and survive. This early experience only strengthened my resolve to make the company resilient. It led us to refocus on improvement and innovation and test every decision we make against our mantra of ‘improving lives’.”

Michael took on the top role in 2002, and he and his sister Ruth, Hickinbotham’s Design Director, are the only remaining family members working for the company after their father passed away in 2010 and their brother David left to run a successful wine business.

While describing COVID-19 as an “incredibly tough time”, Michael considers himself very lucky, drawing his energy from the work ethic and dedication of the people surrounding him to pull through.

“When Adelaide was in lockdown and things were looking particularly bleak, my kids said, ‘It must be hard, Dad!’ I told them I considered myself to be blessed because through these challenging times, I was working with a team of exceptional people,” he shares.

“The challenges of COVID-19 were not only an opportunity to test ourselves but a chance to improve our products and systems and make the business stronger.”

While South Australians bunkered down, construction continued with knockdowns and rebuilds offering advantages buying and renovating can’t. Apart from being able to remain in the same street and suburb, Michael says building a new home, or subdividing, is a substantial financial investment and negates the need for compromise.

“Within the bounds of your budget, you can have exactly what you want at a price that is far below what you would pay to renovate an existing home,” he explains. “Maintenance costs are far less and there are tax benefits for investment properties.

“There’s nothing like stepping into your new home, a beautiful new home. The way it is designed, built and decorated says something quietly and confidently about who you are and your values.” Michael and his wife, Suzy, have built their past two homes with Hickinbotham.

The first, constructed almost 30 years ago, was based on a standard design that they customised to suit their needs. “The experience really underlined how much pride you feel when you build and own your home,” he says.

“Pulling up in the driveway for the first time engendered such a powerful and positive feeling. I believe that feeling of pride and joy is what we are creating for our customers every day.”