Pierre-Eric Saint-Andre has no problem showcasing the iconic developments Bouygues Bâtiment International and Dragages Hong Kong have built throughout the Asia–Pacific region. After all, landmarks such as the Hong Kong-Zhuhai-Macau Bridge, Bangkok’s MahaNakhon or Morpheus in Macau need no introduction.

It’s the name of the company that triggers confusion. “No-one knows how to say Bouygues,” PierreEric says. “It’s why my first slide in any presentation mentions that Bouygues is actually the name of the French family who has owned the company since its creation in 1952 and is pronounced B-W-E-E-G.”

Pierre-Eric, previously Managing Director at sister company Bouygues Energies et Services in Paris, moved to Hong Kong in 2017 to take up the role of Chairman of Dragages Hong Kong and CEO of Bouygues Bâtiment International in Asia–Pacific, subsidiaries of Bouygues Construction.

In Hong Kong, the company operates under the name of Dragages, acquired in 1986, while in Australia it’s AW Edwards, which was acquired in 2018.

While developing iconic landmarks and infrastructures is his business, for Pierre-Eric it’s all about people, especially those he leads. He ensures respect for the diversity of cultures among his 8,000 employees in Asia–Pacific, explaining that the organisation is rich in “considerable human wealth”.

Pierre-Eric says that although Bouygues Construction is a global brand, in each location it operates as a local company. “It’s fascinating to see how bright people are in this region,” he reflects.

“Bouygues Construction can bring support, shared innovation and geographical coverage for our international clients, but without our local talents we can’t leverage any of these assets. We need to have the best people; the best local people.

“The acquisition of AW Edwards in Sydney in 2018 was a real achievement for Bouygues Bâtiment International. We hadn’t acquired a company in Asia–Pacific for quite a long time, so a lot of due diligence was necessary before we decided to go for it. But once the decision was made, we committed body and soul to successfully integrate AW Edwards.

“I now feel lucky to have met the most exceptional people through this Australian family-owned company. There’s a sense of real pride to have kept the culture and roots of this century-old company and transfer it all into our global family. The Australian spirit is still there and beating strong.”

Pierre-Eric shares the same personal sentiment with Dragages, which has operated in Hong Kong since 1955. Some of its extraordinary developments include Hong Kong’s Convention and Exhibition Centre, the AsiaWorld-Expo, Hong Kong Stadium, the Tuen Mun–Chek Lap Kok subsea tunnel link, and the Trade and Industry Tower.

However, perhaps its most iconic project was its first, a contract to develop the runway of Hong Kong’s first international airport, Kai Tak, on Victoria Harbour; the first runway in the world to be constructed over seabed. “Then 60 years later we converted that airport into a port terminal for cruise ships,” Pierre-Eric says.

“We bought Dragages more than 30 years ago, but the people of the company are really Hong Kong people. They are our most important asset, along with our clients. At Bouygues Construction, men and women are motivated to service the needs of the customer, because at the end of the day, it’s always the customer who is right.”

Bouygues is also working within Asia to develop awareness about building smart cities, a concept Pierre-Eric is very familiar with. In December 2019, Bouygues Energies et Services launched France’s first smart city project in Dijon, where the city’s management system has been centralised with urban equipment throughout 23 municipalities operated remotely from one control centre.

“A smart city is all about making cities greener, smarter and safer,” Pierre-Eric explains. “It works towards assisting the combat we face with shifting demographics, urbanisation and climate change. So what does it mean exactly? It can be the development of technologies like 5G, like the Internet of Things for greater connectivity, gathering big data to create smart artificial intelligence platforms and efficient apps for the people, and/or implementing energy savings systems in buildings to make them sustainable.

“In Dijon, the heart of the project is to manage everything that’s happening in the city in real time. It provides a full overview of all assets, making it possible to optimise their management and improve the coordination between public services. The end result is greater efficiency and quality of life for those who live in the city.”

For Pierre-Eric, it’s good to be part of a company that aims to have a positive impact on society. “At Bouygues Construction, we’ve always been committed to sustainability, developing green design approaches and solutions such as positive-energy buildings, and now we are engaging the whole company into the low-carbon footprint society,” he says.

“It’s a global approach, an opportunity to use new technologies, materials, applications and business models to develop and build a sustainable world for our future generations. It’s important to emphasise that a smart city is not about using technology for the sake of technology. It has to be focused on the people and what is needed to have a really positive impact on their lives and their environment.”

We need to have the best people; the best local people.

Pierre-Eric says Bouygues Construction is promoting and developing awareness about innovation throughout Asia, a region he believes will benefit from increased connectivity, particularly as more and more people living in rural areas want to improve their living conditions. He says it’s a global trend that raises multiple questions requiring solutions. 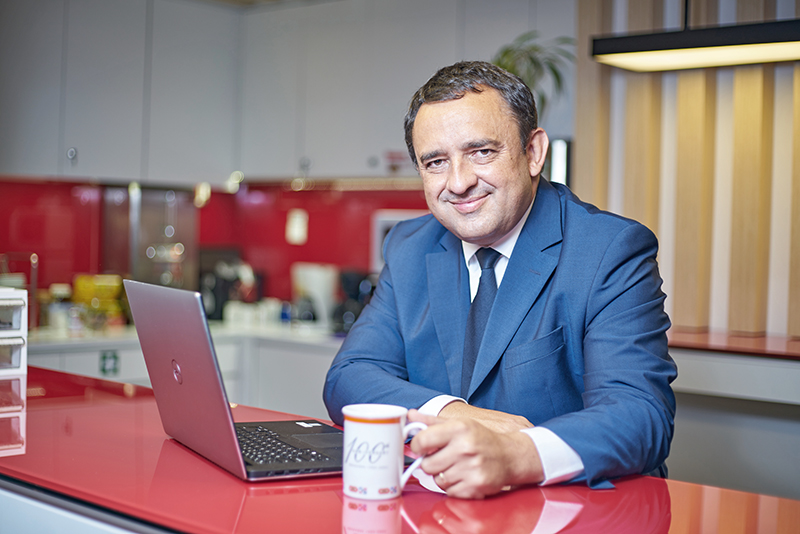 “In the next five minutes, around 1,300 babies will be born worldwide,” Pierre-Eric says. “Imagine that, a city the size of Beijing landing on Earth every month. Globally, there are 2.5 billion people wanting to move into urban areas from their rural properties, amazing figures which are changing the demography of the world.

“To make it sustainable, we all need to act responsibly if we want to continue to develop our businesses for the long run. For that, above all, we must stick to our moral values and share them. Respect is a powerful differentiator to attract the best people and develop loyalty among our employees. To win this battle we also need governments to do their part in defining stable and long-term frameworks that support our investment.”

In order to fit into the fast-moving competitive environment across his region, a major priority for Pierre-Eric is to attract new talent. He’s looking for people armed with the skills required for mastering the new technology needed to develop methods and solutions to overcome the global challenge of urbanisation and climate change with carbon footprint reduction and a circular economy.

His challenges are an almost delicious irony for someone who grew up in a village in Ardèche, nestled in south-eastern France. “I probably came from one of the smallest villages in France and now I’m living in one of the densest cities in the world,” Pierre-Eric says.

“It was a huge decision to come here, both from a professional perspective and family perspective. It was difficult for me to leave the outstanding peers I worked with in Paris, and for my wife, a medical doctor in her own private practice, it was a big sacrifice. Everyone was out of their comfort zone.

“But it was a unique opportunity, especially for our 12-year-old daughter, to become a citizen of the world and develop a strong sense of values surrounding diversity and different cultures.”

Nearly four years down the track, Pierre-Eric describes the move as “really worth it”. He says the learning curve of starting over in a foreign city and adapting to the various cultures that make up the fabric of Hong Kong was a real challenge, requiring a humble approach and lots of listening to other people.

His efforts have paid off, and Pierre-Eric regards the welcome and warmth he has received in return counts as one of his biggest achievements. “Engaging in the local culture was a challenge I loved and I’m grateful to everyone – clients, stakeholders and all who work at Bouygues to have adopted me in a way,” he says, smiling.

“I’m really happy with the relationships I have developed in the region. It’s so fulfilling to feel accepted as part of the local community. We’ve learned so much and found a new life balance.” 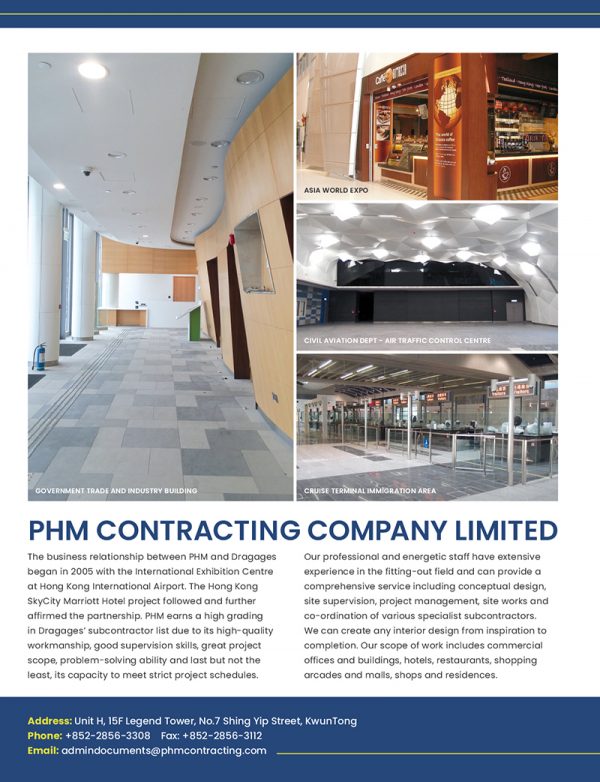