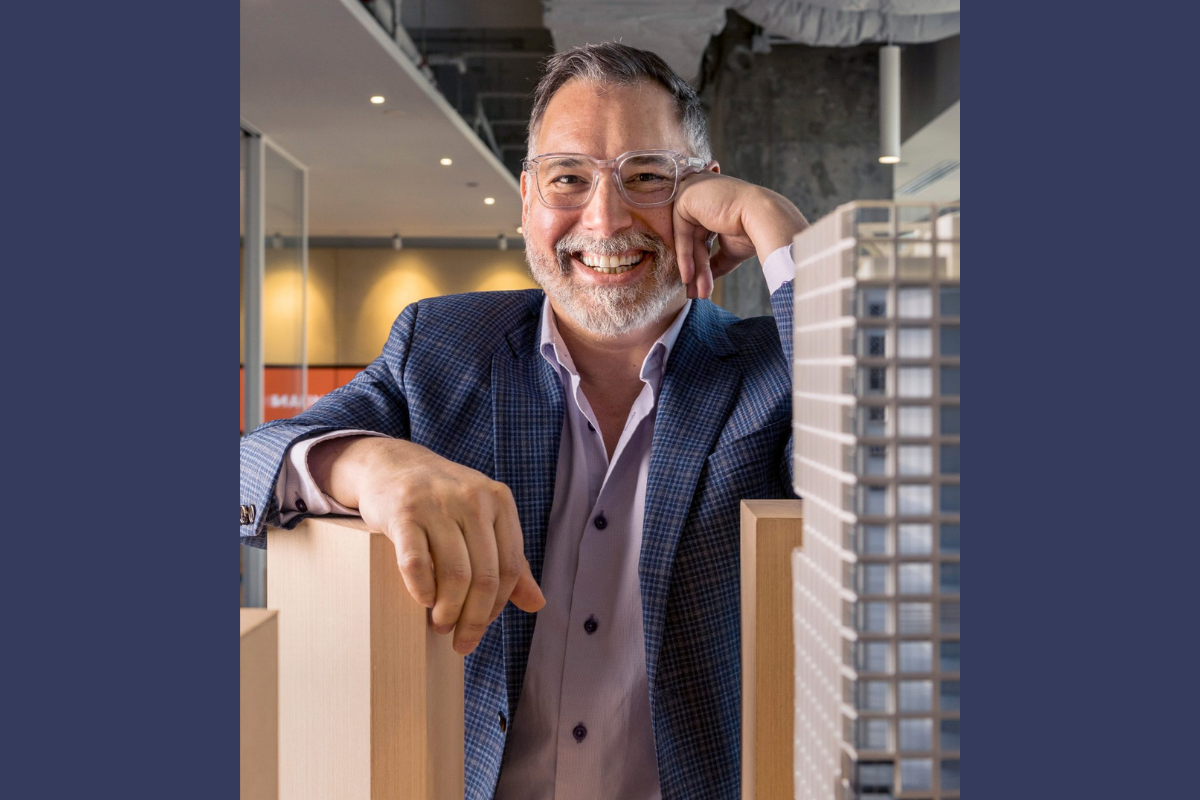 As a young architect at the dawn of his career, Ron Vitale AIA had no idea how far his passion for art and design would take him. His first big break was as big as they come: a job with the venerable Perkins & Will architecture firm in New York. A few years into his tenure, he was charged with establishing an office in China. It wouldn’t be the last time.

Perkins & Will was founded in 1935 by Cornell University architecture roommates Philip Will and Lawrence Perkins. Perkins was the son of Dwight Perkins a prominent Chicago architect who designed the original campuses of Nanjing and Shandong Universities in the early 1900s. Lawrence’s son Bradford followed in his father’s footsteps and established still a third large American architectural firm that works in Asia, Perkins Eastman. “It was a competitor of ours in New York,” Ron recalls. “Our markets were similarly aligned, our practices were both doing health care and schools, quite heavy on the institutional side in those days.”

Although Ron had never met Bradford, he’d heard a lot about him. “A number of Perkins & Will people had, over the years, relocated to Perkins Eastman,” he shares. This included Aaron Schwarz, who’d hired Ron at Perkins & Will and had since become a partner at Perkins Eastman. “So around 2003, Bradford and Aaron were in China at the same time as I was. We got together for drinks and we talked business, my interests and what their plans were. And then, with smiles on their faces, they asked me if I was happy.” 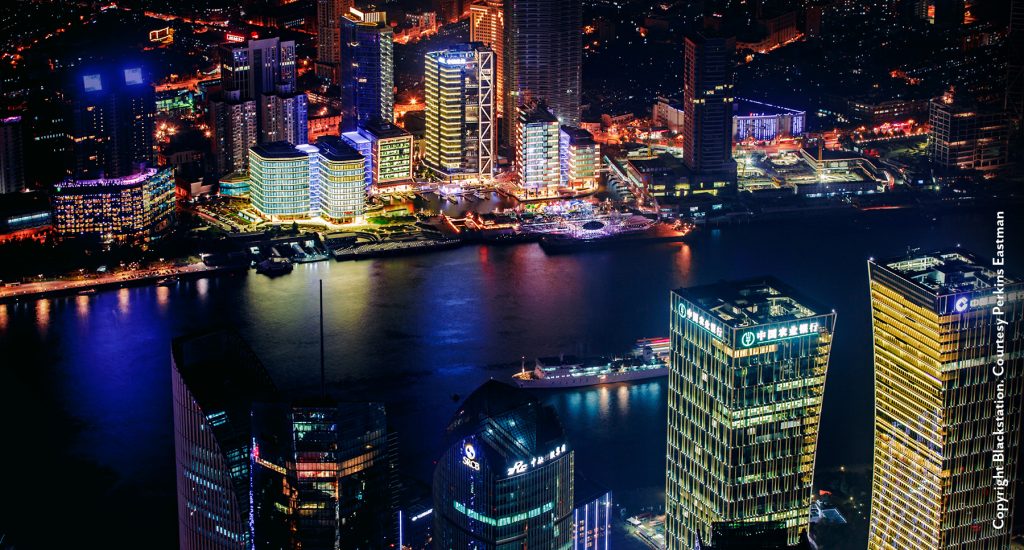 Ron suggested they get in touch again if and when they were ready to set up a design practice in Shanghai. “Not many American firms at that time were building design studios in China,” he points out.

A year later, they were ready. Ron received an offer from Brad to join the Perkins Eastman team and, for the second time in his career, establish an international office for an American architecture company. “I’d never dreamed that would be part of my resume,” he says. “And both times, it was quite a rewarding effort.”

The experience had given Ron a unique understanding of what makes such a venture successful. “Most offices were essentially marketing and project management support,” he says. “A little bit of design and local liaison responsibilities, but mostly relying on US teams for design leadership, and that’s what Chinese clients wanted at the time.” 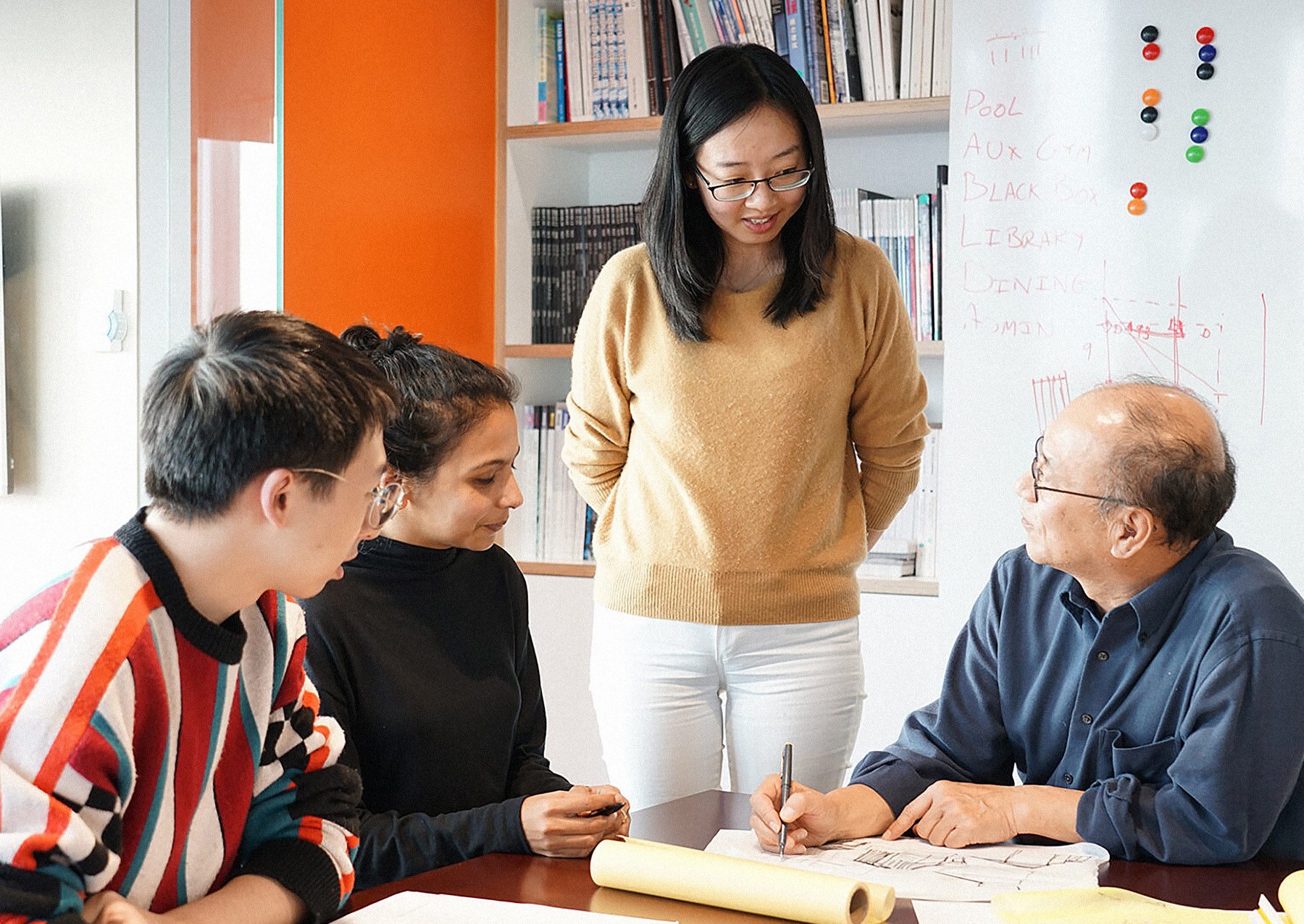 The talent pool in China is incredible … in terms of life experience and cultural understanding and connectivity, it’s unmatched.

However, Ron recognised the need to go in a different direction. “We had to start producing more of the design work here, working more locally,” he explains. “The talent pool in China is incredible, and it’s gotten even better since those early days. In terms of life experience and cultural understanding and connectivity, it’s unmatched.” That notion, fully in keeping with Perkins Eastman’s “Human by Design” design culture, became the framework for the initial stage of its office in China.

Today, the office is a 40-person strong team with Ron as its Managing Director (Shanghai) and Board Director. “The firm’s vision for our international sector is to create design studios, 30–50 design professionals in size with the expertise to wholly deliver projects in two to three of our core market sectors,” he reveals. “We’re part of a much larger global footprint, so we work very collaboratively among all of our studios, whether they’re international or the US domestic teams.”

The China team has grown in recent times, even throughout the advent of COVID-19. “The market here is quite dynamic,” Ron says. “We became quite confident that the landscape was changing in our favour and that was more aligned with our capabilities, which have continued to grow and diversify in terms of market sector expertise.”

Much of the input into the direction the Perkins Eastman China team would go in came from Ron’s team, and even potential candidates. “I had one bold young architect say he was surprised a firm like ours was in the kind of office we were in,” he remembers. “We had a few of those observations over a short period of time. The office had served us well, but we had definitely grown beyond its capacity both physically and functionally.”

It was the sort of direct feedback Ron values most. “I’ve always been a strong proponent of listening to and trusting our staff here on the ground. A lot of firms will lead from afar, but it’s our design staff here that really are the key to our success in the region. They have the greatest insight.”

The retooled office is more of a workshop for design than a traditional corporate office, but Ron believes that’s been invaluable. “We’ve gotten such a positive response from clients, and it’s certainly made recruiting easier,” he laughs. “There’s a lot more of our work on display, communication is enhanced, and there’s a much greater energy here. Our new space inspires design and creativity.”

Creating space at a time when many other companies were receding was, Ron admits, a major commitment. “Not just financially, but it was a risk in terms of not knowing what was ahead. But at the same time, it’s a big country and there are so many bright spots, in and around China. We’ll definitely continue to see opportunities for a firm like ours.” 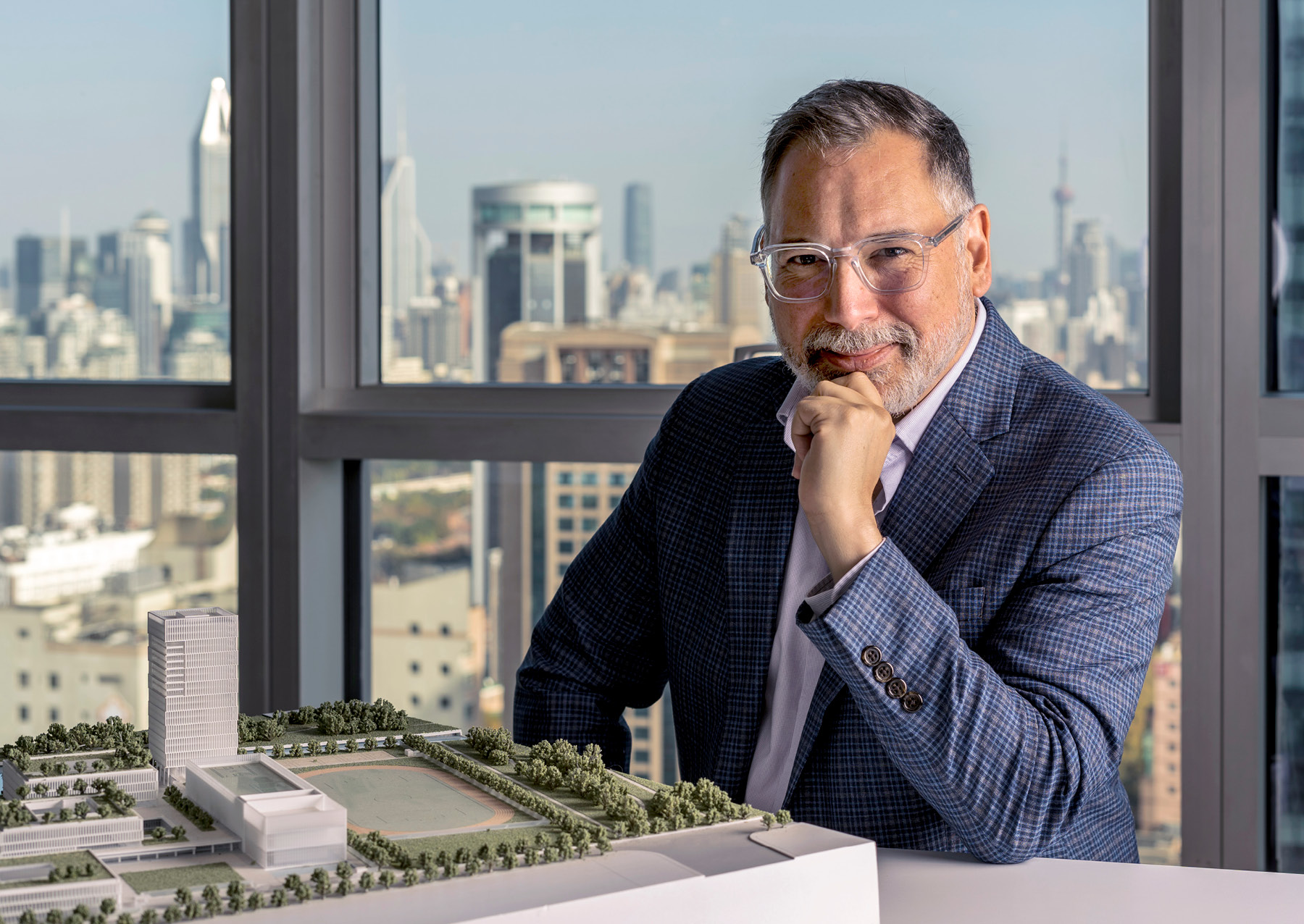 I’ve always been a strong proponent of listening and trusting our staff here on the ground.

And in certain circumstances, that means creating opportunities. When COVID-19 hit, the traditional face-to-face manner in which business development is done in China ground to a halt. “Instead, we were seeing firms with strong public relations campaigns having a significant presence on social media, which is an asset,” he says. “So part of our strategic plan has been to really up our game in terms of our social media presence.”

The inability to freely travel as before has also led to a greater reliance on local skills. “It’s definitely changed the balance of our design and production work,” he reveals. “And our China team is becoming more the face of the operation with our clients.”

As the China studio continues to develop, Ron says his focus will remain on cultivating the expertise and capabilities to lead design and deliver projects in Perkins Eastman’s major market sectors. “We have a great talent pool here and the infrastructure and experienced teams to build from. I try to keep the focus on the good work our people are doing, and all the time they’ve invested and sacrificed. There’s a reason to celebrate their achievements in design.”

“In our 15-year collaboration, we have benefited from Ron’s professionalism and leadership, producing innovative and solution-oriented projects. Perkins Eastman has been important to our organisation’s strategic and planning team.” – Chris Whittle, Founder and CEO, Whittle School & Studios 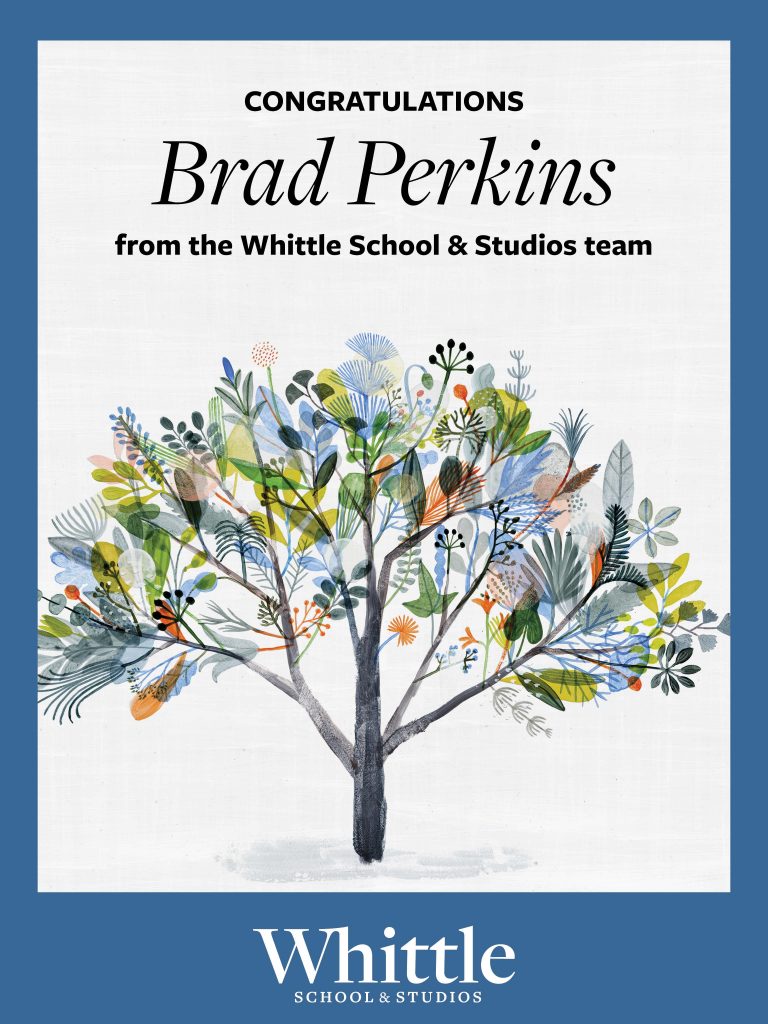