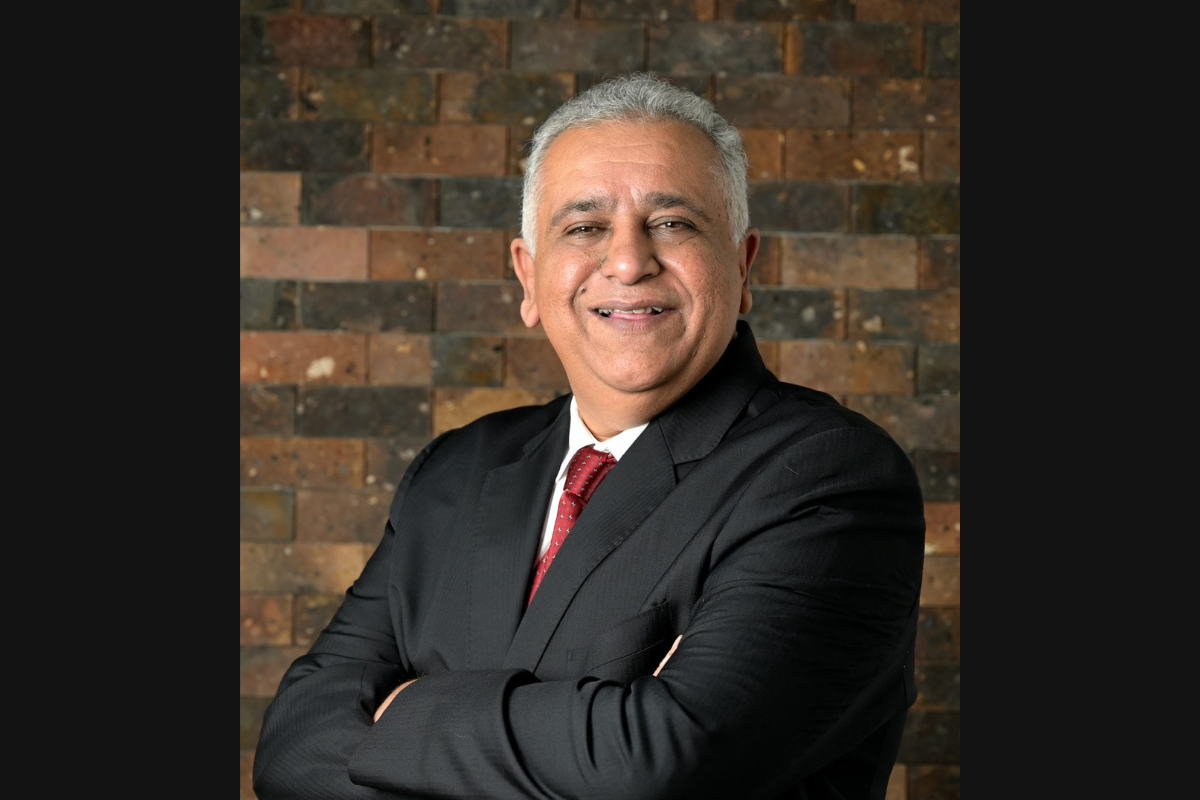 Being the third-generation member of a family-run business, Patel Engineering, did not automatically deliver Rupen Patel the position of Chair and Managing Director. After completing his Master in Business Management in the United States, he started as an advisor at Patel Engineering and then worked his way up.

Then again, Patel is not a family-run business in the ordinary sense; since 1949, the company has undertaken several infrastructure and construction projects such as dams, tunnels, roads, irrigation and hydroelectric projects that have transformed India’s economic landscape in more ways than one.

Rupen moved up the ranks of Patel and, as CEO, he has guided the company through decades of functioning as a contractor for several key government projects. “When I joined, Patel was a different company,” Rupen tells The CEO Magazine. “The company was almost empty, it was a tough time. Ever since the new management took over, the team has grown the company.”

While Patel had undertaken several contracts for industrial structures and buildings, it didn’t take up irrigation projects until the 90s.

“We then expanded into irrigation because it’s a lateral integration,” Rupen explains. “Until then, we did complex excavations like tunnelling. Tunnelling is excavation in very acute conditions when compared to open excavations, which are normally done in irrigation. So, getting into irrigation was natural.”

Patel’s entry into the hydroelectric sector marked an era of profit-building. “The barriers to entry to hydroelectric projects are higher,” Rupen admits. “We expanded to hydroelectric which was dams. I think we were the first Indian construction company back in the 90s to acquire a US company.”

This gave Patel the qualification to work on dams in India and the US. “To date, Patel is the only Indian company to have commissioned over 85 dams in India,” Rupen proudly states. “At any point in time, we have at least four or five dams under construction.” 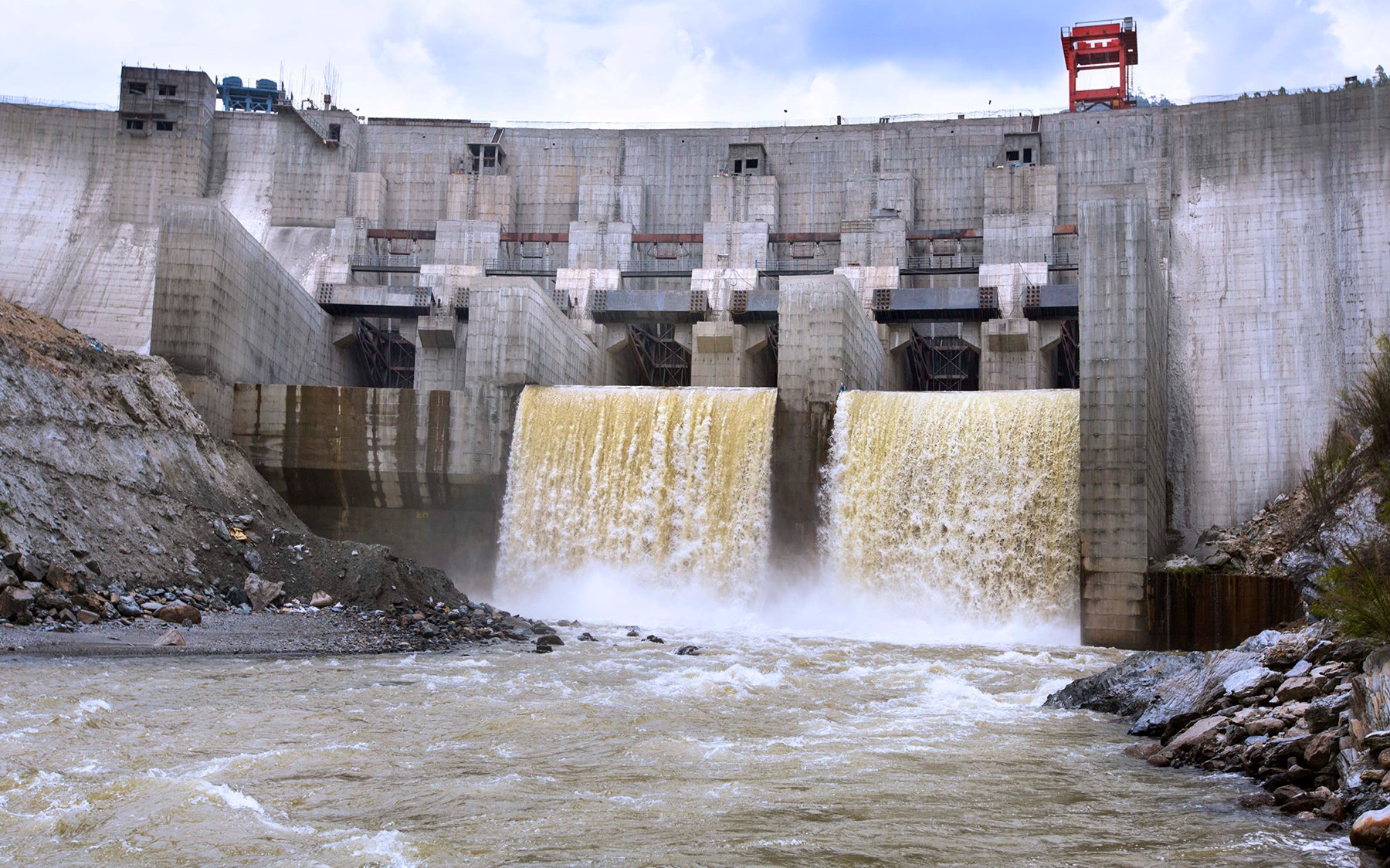 We said, ‘let’s bank on two things – let us get the experience and let us get a competitive technological advantage’.

Rupen explains that Patel was at a slight disadvantage then, when compared to competitors, because of its turnover size; this meant it could not bid for larger projects. “We said, ‘let’s bank on two things – let us get the experience and let us get a competitive technological advantage’.”

This led to several achievements, Rupen notes. “Patel became the company to break the world record for the fastest conventional tunnelling in the world. We took on prestigious projects. The Srisailam Project was, at that time, the largest sub-shaft in Asia.”

Patel understood the need for technological advantage to gain an edge over its competitors. This led it to acquire three companies. “We took over a company in the US called ASI – RCC which made the process of conventional tunnelling much faster. Then we took up a company for compacted concrete, a form of concrete that was widely adopted for building dams in the Western world, but not yet in use in India.”

The first roller compacted concrete (RCC) dam in India, the Ghatghar Project, was awarded to Patel in 2001. “The Ghatghar Dam was among the top ten fastest dams to be built in the world at that point in time,” Rupen says.

“We acquired one more company, a local company called Michigan Engineers which was just one step behind micro-tunnelling. They were specialists in horizontal bidirectional drilling.” 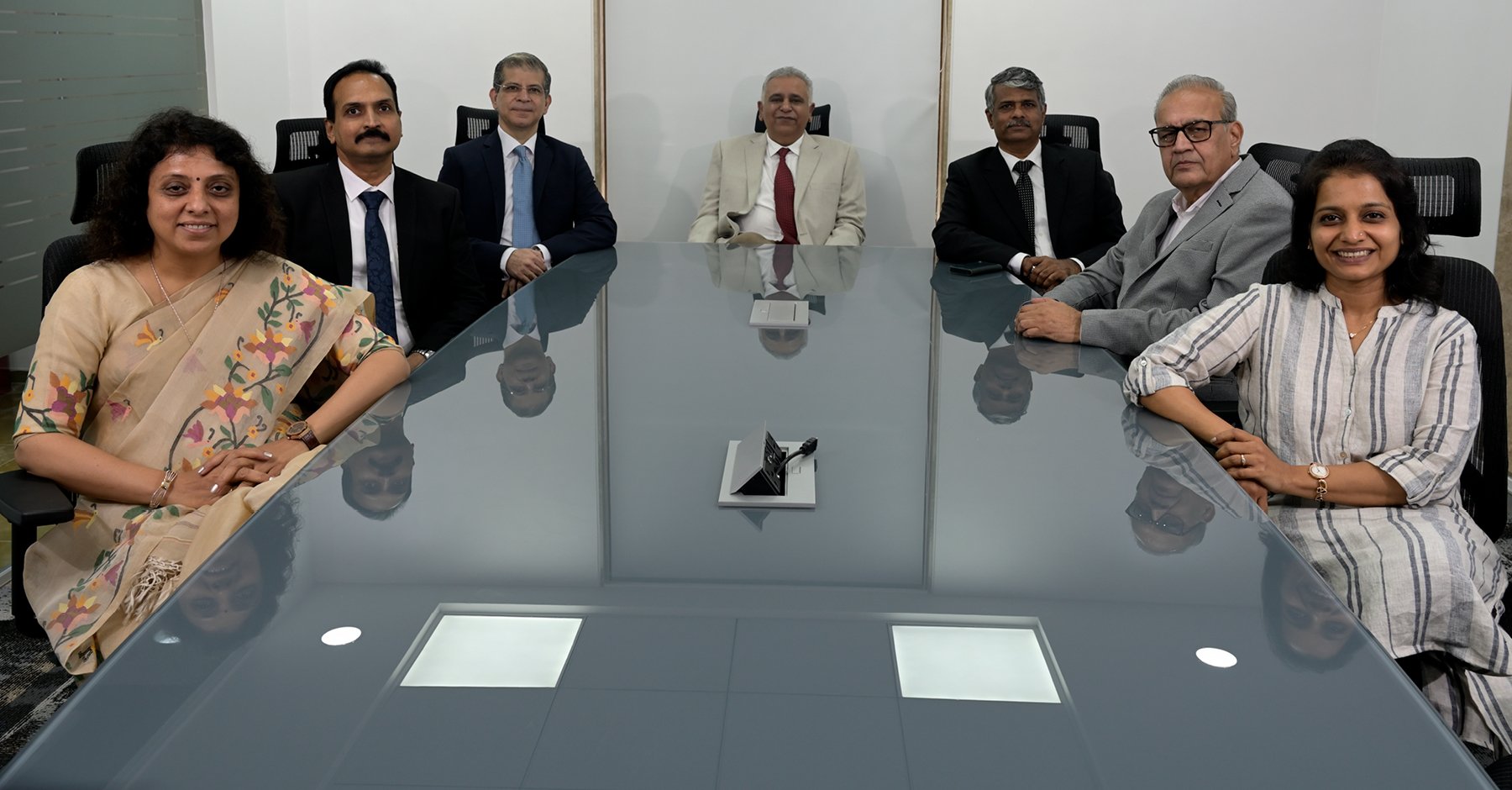 The company’s back on its growth path now. There has been a paradigm shift in the company’s direction.

One challenge with hydroelectric projects deals is how or where to drain the existing water, especially when an intake structure is not available. “We found a technology called ‘double lake tap’ to solve this issue,” Rupen declares. “Patel is the only company in Asia to have conducted two double lake taps in India.”

Handling large infrastructure projects comes with its own set of challenges. “Around ten years ago, like all large construction companies then, Patel got into financial distress due to a lack of liquid assets,” Rupen reveals. “We restructured the company. The restructuring was approved by the RBI committee.

“The company slowed down operations, sold businesses and non-core assets, sold land and started focusing on core EPC business,” Rupen continues. “We were the first company in the EPC sector to get rated and related upwards post restructuring.”

It also helped that Patel’s land banks were substantial and spread all over the country, which helped the Patel group to monetise its land assets.

“The company’s back on its growth path now. There has been a paradigm shift in the company’s direction. Our clients are mainly central government undertakings.”

People part of the evolution

“Ultimately, construction, I believe, is a service industry.” Rupen says. “It is the commitment of people, commitment of technology, and very absolute clear vision that is communicated to the site.

Yet, Rupen admits that while Patel’s team is exemplary, getting skilled manpower for the growing needs of the company is a huge challenge. “The largest challenge today in the country remains manpower and people,” he says.

“As India is developing, there is a lot of construction work coming up. The pace of roads is tremendous; and so is the need for power generation, water supply, irrigation projects, buildings, urban infrastructure, metros and privatisation projects. Because of this huge surge of work in almost all segments, good people have become a very expensive commodity.” 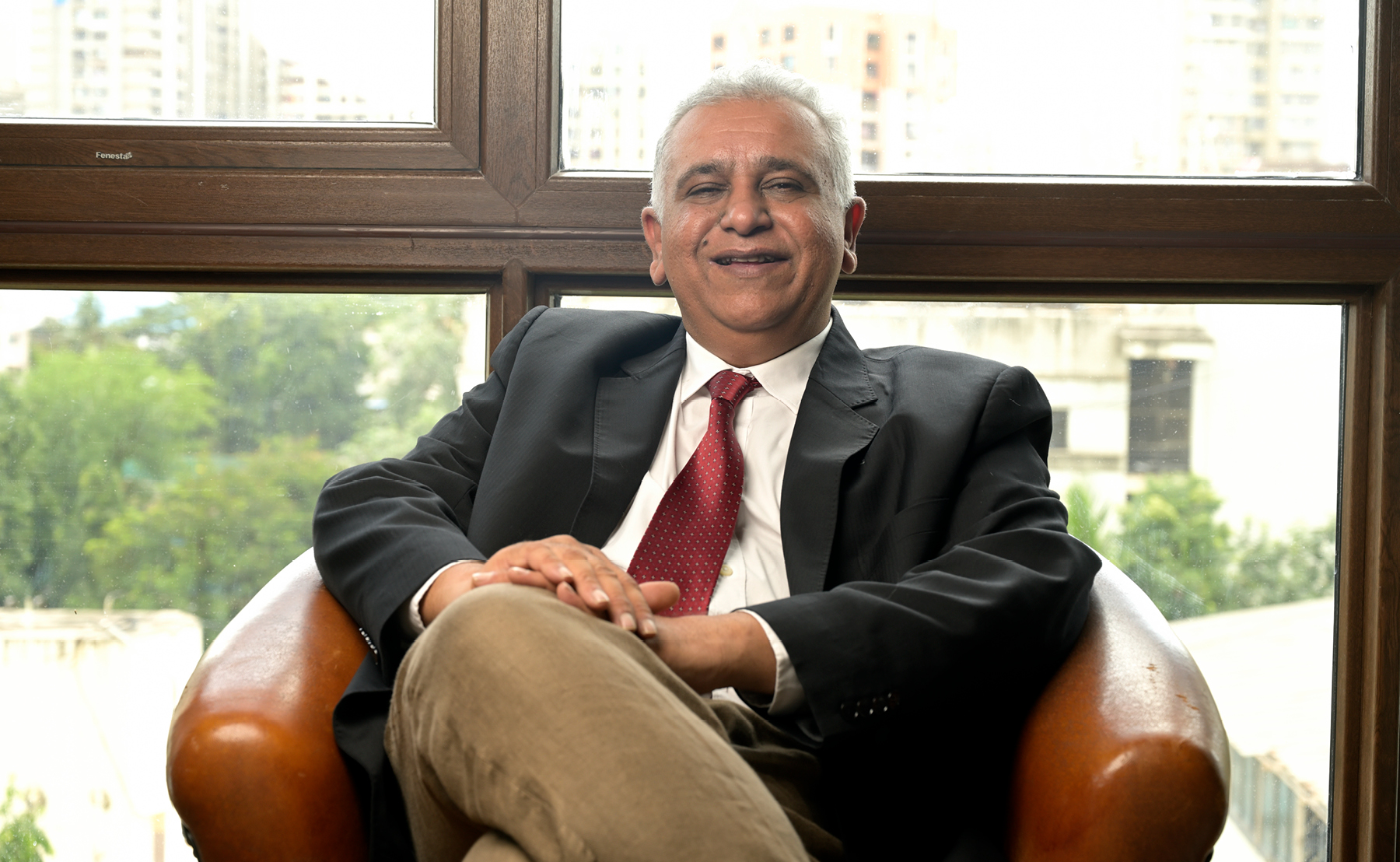 Periodically, as you get to a certain stage, you have to change your systems. Indian companies tend to forget that old systems do not remain good.

Rupen has big plans for Patel’s future “My first concern is going to be growth. Periodically, as you get to a certain stage, you have to change your systems. Indian companies tend to forget that old systems do not remain good.

“So, as we evolve from a US$300 million company to a US$1.2 billion company, we change our systems and our reporting structure so that we can scale. Because the order book can catch us up; it is the people who don’t catch up.”

Rupen attributes a good part of his success to a healthy relationship with his local suppliers. “Some of the sub-contractors and suppliers are working with me for the third generation. We have often entered joint ventures with other companies.

“These partnerships help you benchmark yourself. This doesn’t necessarily happen only in strategic tie-ups; it happens more with meeting competitors and visiting their sites. It’s constant learning that takes place.” 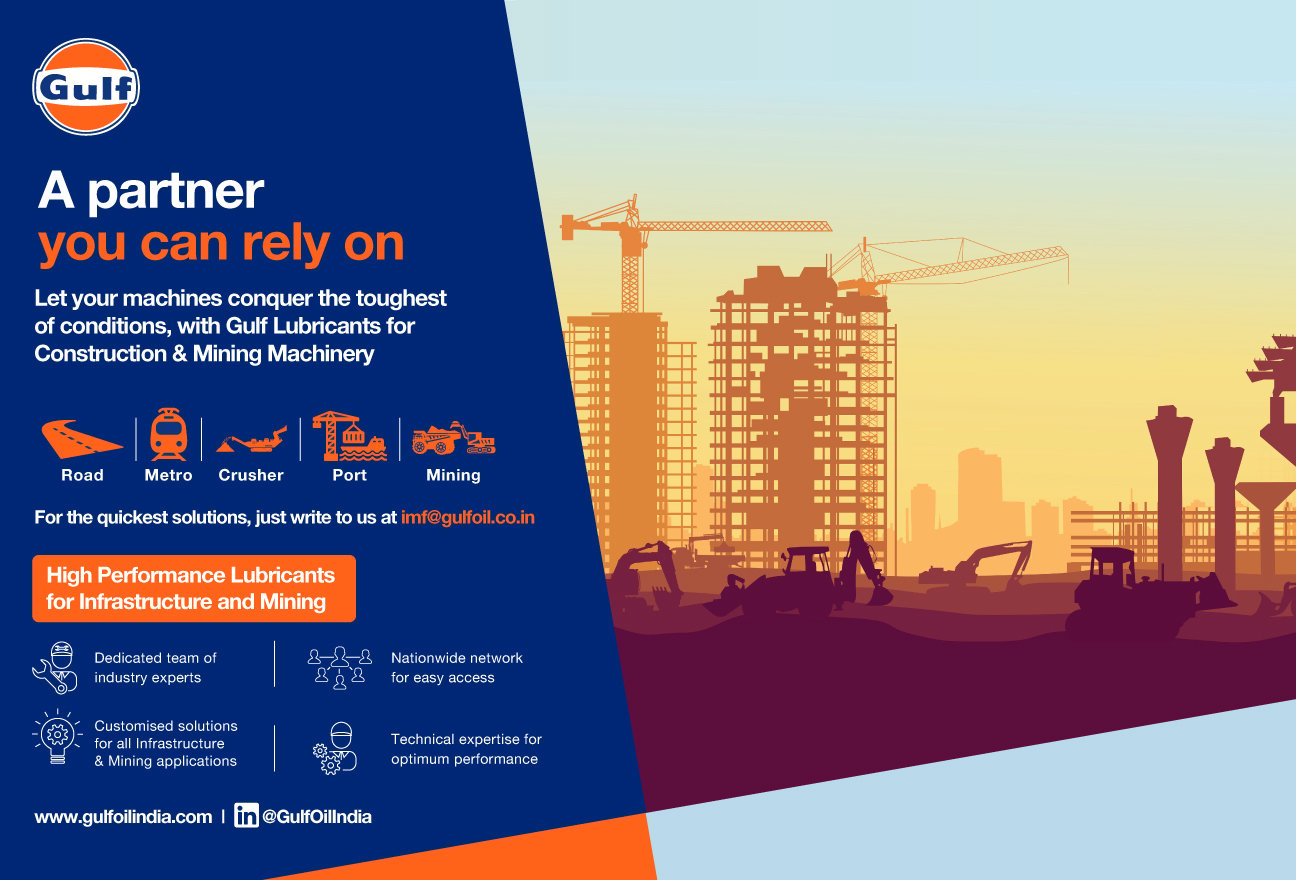 “With a decade-long business association, Patel Engineering is one of our marquee clients and we take pride in supporting them on their nation-building journey. We wish them best of success in all their projects and endeavours.” – Deepak Tiwari, Vice President IMF Business, Gulf Oil Lubricants India 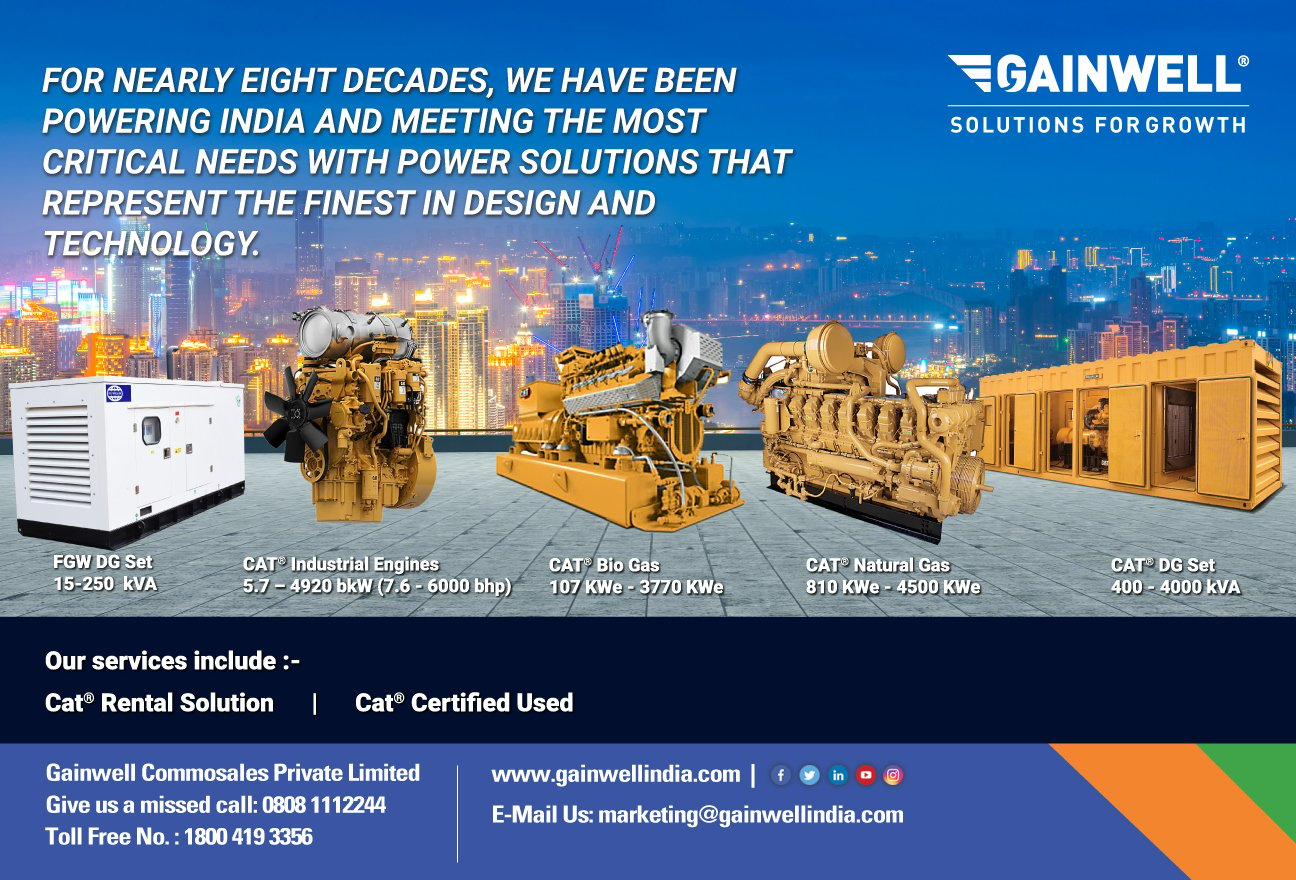 “Our partnership with Patel Engineering has strengthened over time, as we contribute to the nation’s core infrastructure needs through power systems that meet the world’s most stringent standards. We’re committed to powering the progress of the nation through our trusted partnership.” – Anurag Raj Kakkar, Head – EPD & Institutional Sales, Gainwell Commosales