As an avid reader of autobiographies that tackle tales of adversity, Scott Polsen must have heard plenty of hardship stories firsthand in the aftermath of the devastating magnitude 6.3 earthquake that shook Christchurch in 2011. The Managing Director of Benmax Group had found himself in the New Zealand city at the invitation of a client.

“After we had travelled there a few times, it became obvious to us that they really needed some help and expertise to deliver some of their larger technical projects,” Scott explains.

By 2013, the Canberra-based mechanical construction company had established an office in Christchurch, its first outside the Australian capital. “Culturally, we felt an affinity with the way that they operated there,” he says, explaining that business was much more relationship-driven and less contractual in the South Island’s largest city. “Which is exactly how we like to operate.”

One of Benmax’s first jobs there was the Arts Centre of Christchurch, a collection of Category 1 heritage-listed buildings on a site that once housed the University of Canterbury. “It had suffered a lot of damage and, at the time, was the largest heritage rebuild in the world,” he says, calling the project “amazing”.

“It wasn’t of big monetary value for us, but the prestige of working on buildings that are 200 years old was great. That’s something that resonates with our people. They like to work on projects that actually mean something.”

Culture is a recurring topic throughout our interview. “We’re a family business,” Scott says, “and I know that it sounds cliched but the level of care we show our people is real.”

Founded in 1986 by a passionate group of people working on the New Parliament House development, Benmax may today have a presence in five locations outside Canberra, but the foundations built by the original shareholders (one of whom is Mick Polsen, Scott’s father) are as solid today as the day the company started.

“Every business has a culture, but the difficulty comes when you want to change this culture,” Scott says. “Our founders really went about it the right way, treating people with respect. We have nothing to change.”

He says 35 per cent of employees have been with the company for more than 10 years and names pride, knowledge and passion as characteristics common to the 140-strong team. “It’s easy to see why we’re known for great work when we have that culture,” he continues.

In the three decades since the company was established, Benmax has been involved in an array of landmark projects on both sides of the Tasman – such as the recently delivered National Biocontainment Laboratory in Wellington and Canberra Airport precinct – as it has grown to become a leader in the design, construction, service and maintenance of heating, ventilating, air-conditioning and refrigeration systems.

“We’ve always based our long-term success on delivering good work,” Scott says, explaining that the core philosophy at Benmax is: ‘Do a good job, get another job’. It’s a proven motto – success in Christchurch brought expansion into Wellington and Dunedin (along with Sydney and Newcastle, the cities where the company now has offices). “Reputation is paramount – you’re only as good as your last effort,” he maintains.

Scott first joined the company at the start of the 1990s, holding a variety of roles before being appointed Managing Director in 2016. Some of his most memorable projects date from these early days, including the National Biological Laboratory – now the Therapeutic Goods Administration (TGA) laboratory – in 1992, which he views as the first major project for Benmax in both size and scope. “It put us on the map,” he says.

TGA would be the first of many. “Laboratories, in general, are fantastic projects to work on,” Scott continues, saying that the delivery standards set them apart from more standard commercial projects. “The tightly controlled internal spaces, be it by pressure or temperature, are critical for experiments and other lab work.”

Such technical projects shine a spotlight on the expertise that Benmax can bring to the overall build. “Because mechanical is such a major component of the building’s operation and long-term viability, our experience doesn’t just stop at our part of the project, it also involves giving advice to the architect, the builder, and other trades on how to deliver to meet the requirements,” he says.

“If you’re not solving a client’s problem or improving their interests, then you’re not really in business at all, you’re just in the rat-race.”

He names strategic planning and problem-solving as two areas of particular interest – and where the value of the business lies. “If you’re not solving a client’s problem or improving their interests, then you’re not really in business at all, you’re just in the rat-race.” Such challenges also serve as the catalyst for innovation, and Scott cites as an example “one particular job that forced us to innovate into BIM technology and modular prefabrication that, at the time, was at the forefront of the industry in our region”. BIM, or Building Information Modelling, is an area the company continues to heavily invest in.

“We also have people looking at energy management systems and analytics platforms,” he says, adding that: “technology, for us, has to be technology for improvement’s sake, not for technology’s sake.”

Yet the most significant shift that has occurred during Scott’s two decades with Benmax revolves around its most important asset. “We probably see our people a lot better,” he says.

“It’s not that the level of care has changed, but the ability to have a conversation has improved enormously.” Which, he continues, is crucial in industries such as construction, traditionally slow to react in safeguarding mental health.

“Obviously, even though we deliver a product, we really are a service business. Our people are certainly the heroes and champions in our business and making sure they are well-supported is a critical factor.” 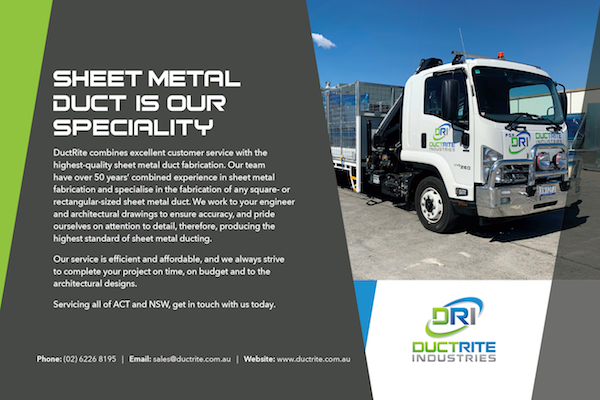 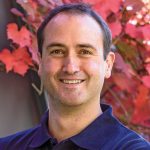