There Were No Unknowns For Us: Joe Grasso Even as a child as young as six or seven, Figurehead Construction Managing Director Joe Grasso loved drawing house plans and flicking through building and design publications – a passion that led him to pursue an architecture degree. However, when an influential tutor told him that he had a “building brain”, his path was altered. The guidance resonated so much that he changed his degree to property and construction. “The rest is history,” Joe says. 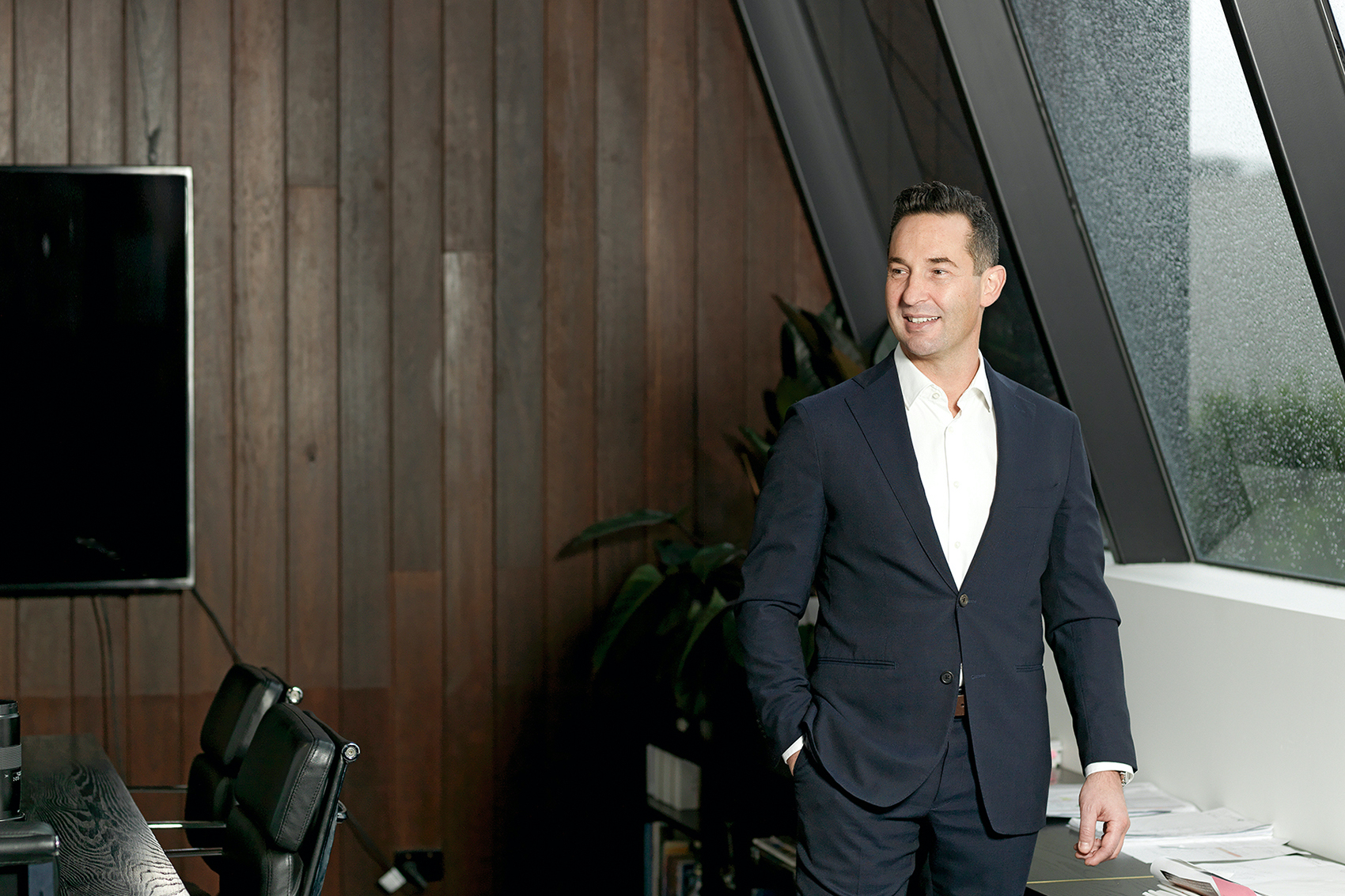 With a strong blue-collar work ethic instilled in him from a young age by his Italian migrant family, Joe was the first person from his family to graduate from university. Not only did he study hard, but he also filled his extracurricular calendar with work experience at a large-scale industrial building firm. “For me, there was no choice,” he explains. “It was important I obtained my degree alongside gaining as much experience as I could. I’ve always been in a hurry.”

After graduating, Joe took a position with Westfield Design and Construction before heading to Mirvac. During his five years with the company, he worked on the regeneration of the Docklands, breaking new ground with large-scale, multi-unit residential developments across Melbourne. “The economy was buyout and the multi-residential sector incline had very much kicked off in Melbourne’s suburbs,” he recalls. “Looking back now, that was probably the catalyst for the birth of Figurehead.”

“It’s probably something that has been on the cards for many years, but the post-COVID world in Australia has really pushed us towards social housing, aged care, retirement living and education.”

It was while working for smaller contractor Icon as a commercial manager that a former colleague from Mirvac, who was doing one-off work as a builder, tapped him on the shoulder. “We were having a beer one night, chatting about the world and how things were flying,” Joe recollects. “We realised we could make a difference in the residential world, looking at apartments on a smaller scale. So we joined forces.”

The pair formed new entity Figurehead Construction at the end of 2007, and business started to kick off in a big way. “We had some commercial work and quite a few domestic projects,” Joe says. “There was a real spike in property values as we were establishing the business.”

But then the global financial crisis hit – a huge challenge that Joe looks back on as a “blessing in disguise”. “It really allowed us to not get ahead of ourselves, to concentrate on the day-to-day and make sure we survived,” he reveals. “It built lots of protocol, processes and regimes around discipline, which is really the foundation of the business.” 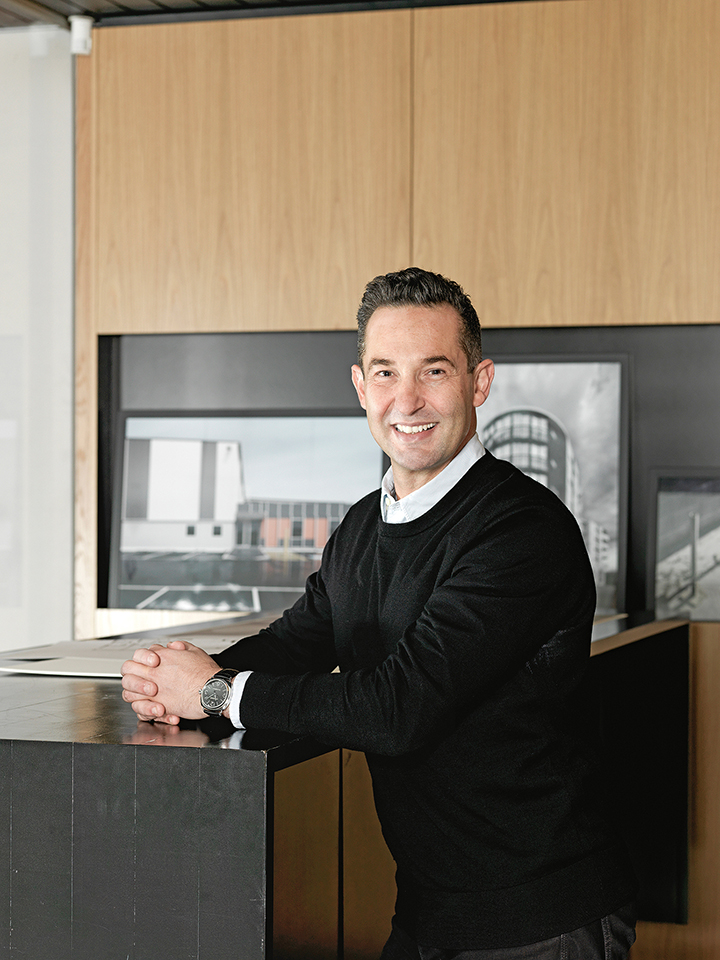 From 2015, Joe took the lead as the company’s sole Managing Director, continuing to build these foundations that would set the business in good stead for another major event – the COVID-19 pandemic – which he describes as “deja vu” because of Figurehead’s GFC experiences. “There were no unknowns for us,” he shares. “Even though the world was in turmoil and no-one knew where things were heading, we knew what we had to do to get through it. It was simply getting on the front foot and preparing for the worst case.”

Mitigating risks in day-to-day operations, particularly the supply chain, was the key to surviving from a construction perspective, according to Joe. Although some of his staff laughed at him when he asked them to establish a framework to order materials early when the world first started to hear about COVID-19, they soon realised he had been right. “We were already on top of things when many companies hadn’t even thought about impact on procurement,” he recalls. “It was too late for a lot of those companies.”

Figurehead’s “conservative” approach is in stark contrast to many other players in the industry, Joe stresses. “There’s lots of ego, lots of chest beating,” he says. “It’s a very high-turnover, low-margin industry, but people can get carried away with cash coming in and not fully recognising that the cash isn’t all theirs.”

Rather than getting greedy, businesses must invest in progressing their staff in aid of futureproofing the uncertainty ahead, according to Joe. “You can make all the money in the world, but if you’re not putting it back into the business and investing in the progression of your staff and your systems, constantly looking at better ways of doing things, then you simply won’t retain the best talent. I think that’s what we’ve been best at,” he claims.

In addition to a strong focus on culture, the company now has a division dedicated to road mapping its technology strategy, which he sees as essential to drive the company forward and also to keep younger employees engaged. “We’re really proud of our staff retention as a result,” he says. Out of his team, 30 per cent have been with Figurehead for more than 10 years, while another 35 per cent have broken the five-year mark.

The “feel-good” division of the business, called NEXT, firmly focuses on culture, support and ‘being our best selves’. It also helped to create a charity in memory of the daughter of Figurehead’s first-ever employee, Lachlan Kennedy, who tragically experienced a fatal asthma attack at the age of just 13 just last year. The Zoe Kennedy Foundation, which has a three-year partnership with Asthma Australia, aims to support funding of specific research into progressive study around cause and subsequent prevention of spiked asthmatic risk for teenagers. “We are a charity conscious group in general, but nothing hit home as much as this,” Joe reflects. “That’s what NEXT is all about – the differences that we can make.”

On the sustainability front, the company is seeking to formally become carbon neutral by the end of the year. Figurehead’s new office in Collingwood, currently under development, will be completely carbon neutral.

Figurehead has also recognised the need to diversify from its traditional mainstay of multi-unit residential buildings. “It’s probably something that has been on the cards for many years, but the post-COVID world in Australia has really pushed us towards social housing, aged care, retirement living and education,” Joe shares. Late last year, the company won its first government project, a highly acclaimed vertical school. “The next few years will see us establishing ourselves in diversified sectors to ensure longevity.” 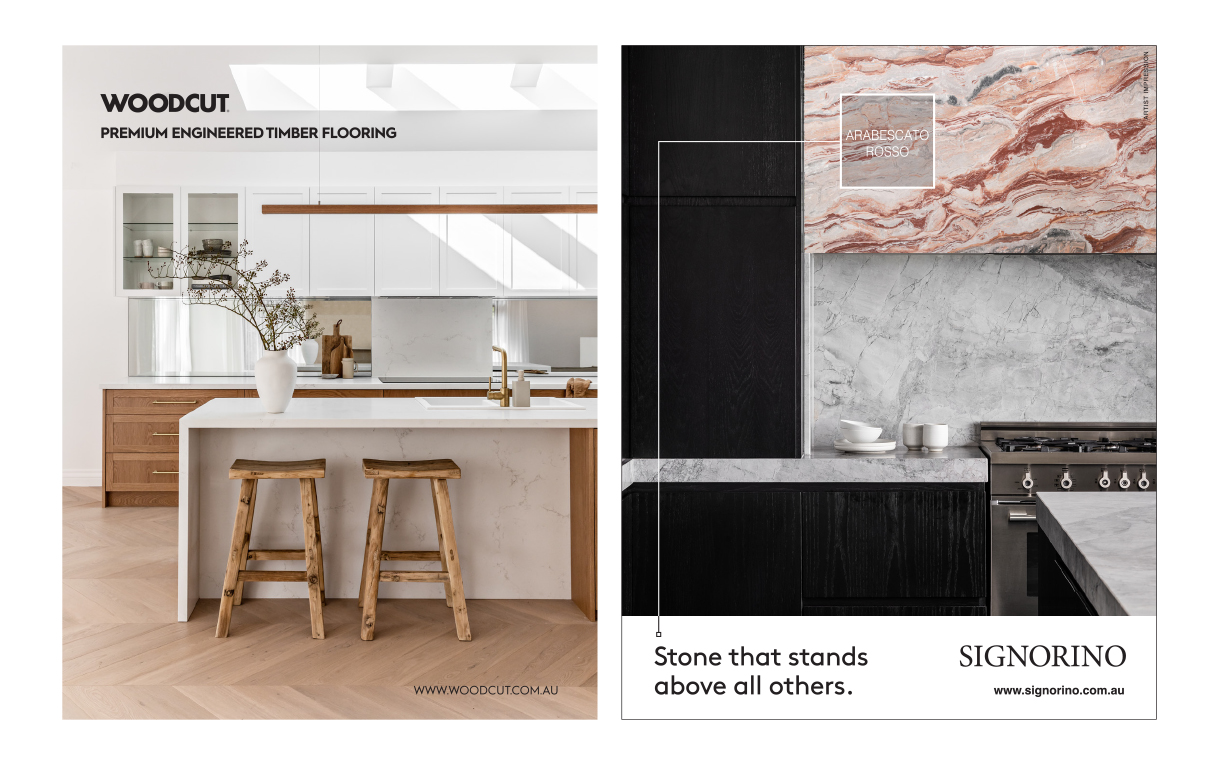 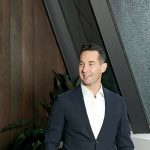