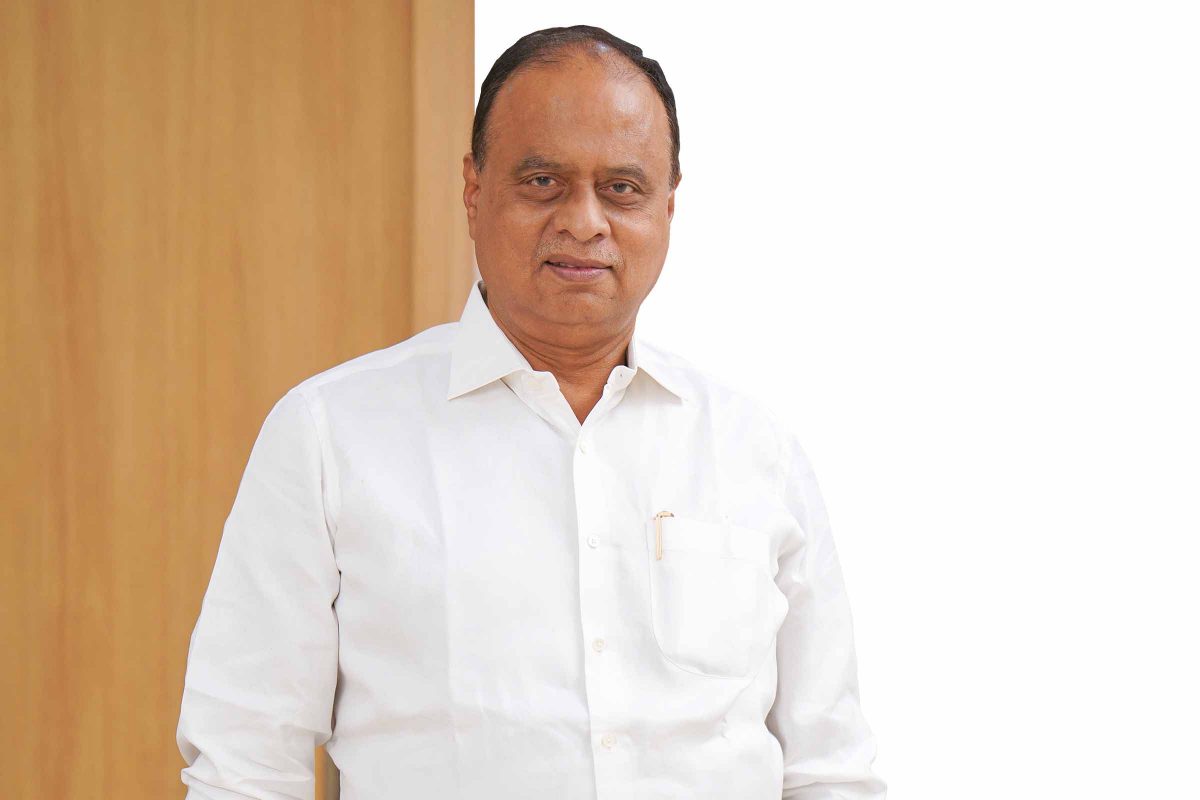 Despite a change in attitudes and approaches around the world, coal remains an integral part of India’s economy. That’s not to say that renewables aren’t making headway there; the Indian government has big plans for solar power, for instance. But coal persists.

Up to 70% of India’s electricity is generated by coal, and the country is home to some of the largest coal mines in the world. And as long as there’s coal, the cottage industry surrounding these mining giants will continue to thrive.

In the same way as the world is diversifying its energy options, however, these satellite companies that exist in the coal sphere seldom put all their eggs in one basket. In the case of VPR Mining Infrastructure, the business does just as much work in the field of irrigation as it does in coal mining.

“We actually started as an irrigation contractor,” says VPR’s Founder V Prabhakar Reddy. “In fact, mining was the diversification, and now we’re a leader in the contract mining space.”

Founded in the 1990s with modest capital by Vemireddy Prabhakar Reddy, whose initials give the company its name, VPR has grown into a pan-Indian contract miner with a turnover of US$250 million. Although irrigation was its raison d’etre, contract mining, specifically in the coal industry, quickly became its bread and butter through high-profile deals with industry behemoths such as Coal India, Adani, IndoRama Group and Singareni Collieries.

Why do we succeed? … Once you can answer that question, you can succeed again and again.

This work has taken VPR across India, Indonesia and all the way into West Africa. “We’ve worked in almost all of India’s coal mining sectors, largely in overburden removal work with MDO contracts at Indonesia and Rock Phosphate Mining in West Africa,” Reddy says.

“But we’ve diversified quite significantly in the irrigation sector, particularly canals and reservoirs.” In keeping with its founder’s vision, VPR has made its irrigation work stand apart. In 2014, the Telangana region in southern India was granted statehood, and with it came an extensive irrigation project.

“We undertook a 9.2-kilometre irrigation reservoir, which is actually quite huge in size,” Reddy shares. “The job was completed way ahead of deadline, which was a pace the government certainly didn’t expect.” 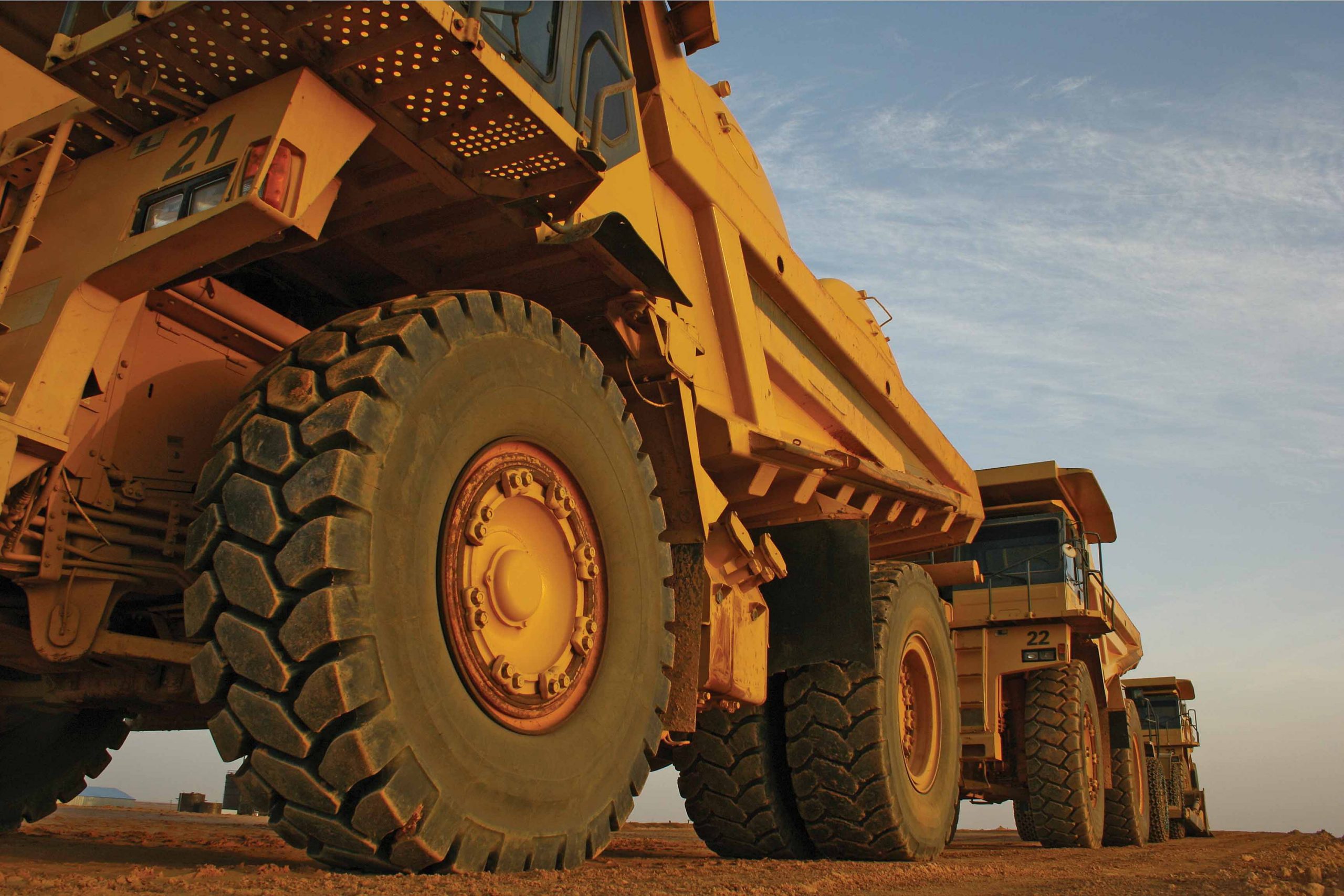 This exemplary work plays to VPR’s core competency. “Whether we’re doing irrigation or mining work, the common thread is digging the earth,” he explains. “It’s our expertise, and we’ve reaped results continuously.” The company’s other strength, according to Reddy, is its strong set of values.

“I’ve been very clear about my value system. I’m a man of my word, so whatever words are given to a client, they must be kept through to a job’s completion. That’s how we’ve built our reputation,” he says.

Reddy believes this sets it apart in an industry that doesn’t always play above board. “This is a very unorganised sector. There are operators out there who will try to escape their contractual obligations for a variety of reasons, but when we give our word, it’s kept,” he insists. Another valuable aspect of VPR’s culture is its inclusivity. “Respect for individuals is very important,” Reddy stresses. 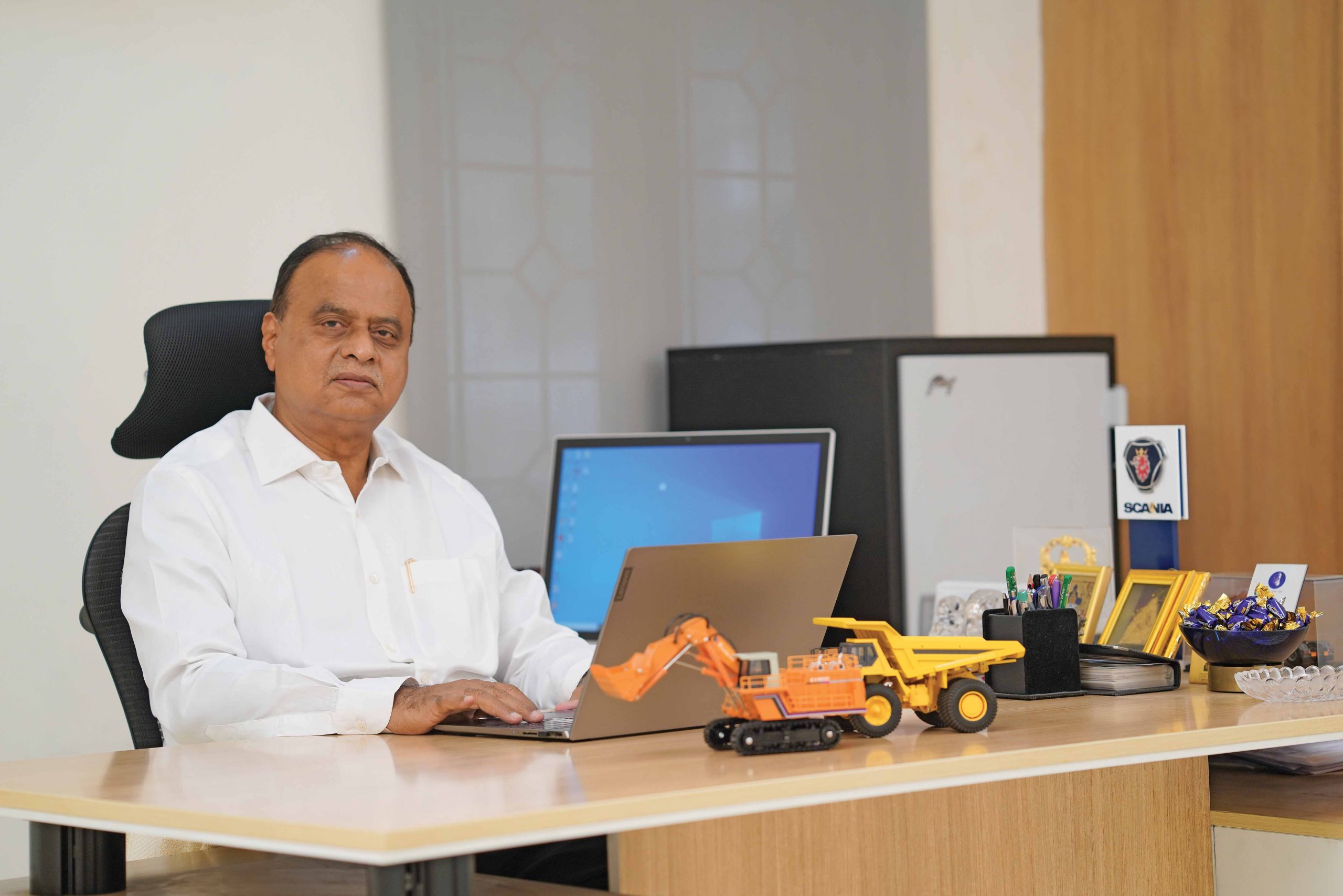 “If we’re going to respect our clients, we have to respect our own people, and we do that by getting everyone involved in every level of the business.” Even though individual responsibilities are fixed, he says the company’s approach is different to other miners in that the company’s founder, CEO or any other executive is just as accessible as those beginning their careers with VPR.

“This creates value in that everyone is equally important, and that gets results.” These values, as well as a firm understanding of what VPR does, and does well, have carried the company through thick and thin. “Sticking to our fundamentals gives us sustainability,” Reddy says. “India’s industry experienced a severe downturn in 2000, and again in 2009, but we didn’t really suffer.”

Today, even as a global pandemic continues to ravage India, VPR is in a similar position of buoyancy. “It’s times like these that we saw as an opportunity to branch out overseas,” Reddy points out.

“So when there’s been a downturn at home, that’s when we’ve expanded our horizons into Indonesia and Africa, something our competition has not been able to do.”

In any trade, you need the right tool for the job. Mining is an industry where the failure of equipment to perform can lead to catastrophe. The diversity of the jobs taken on by VPR requires a variety of tools and technology, but reliability is non-negotiable, and that’s when the company turns to its close partners. 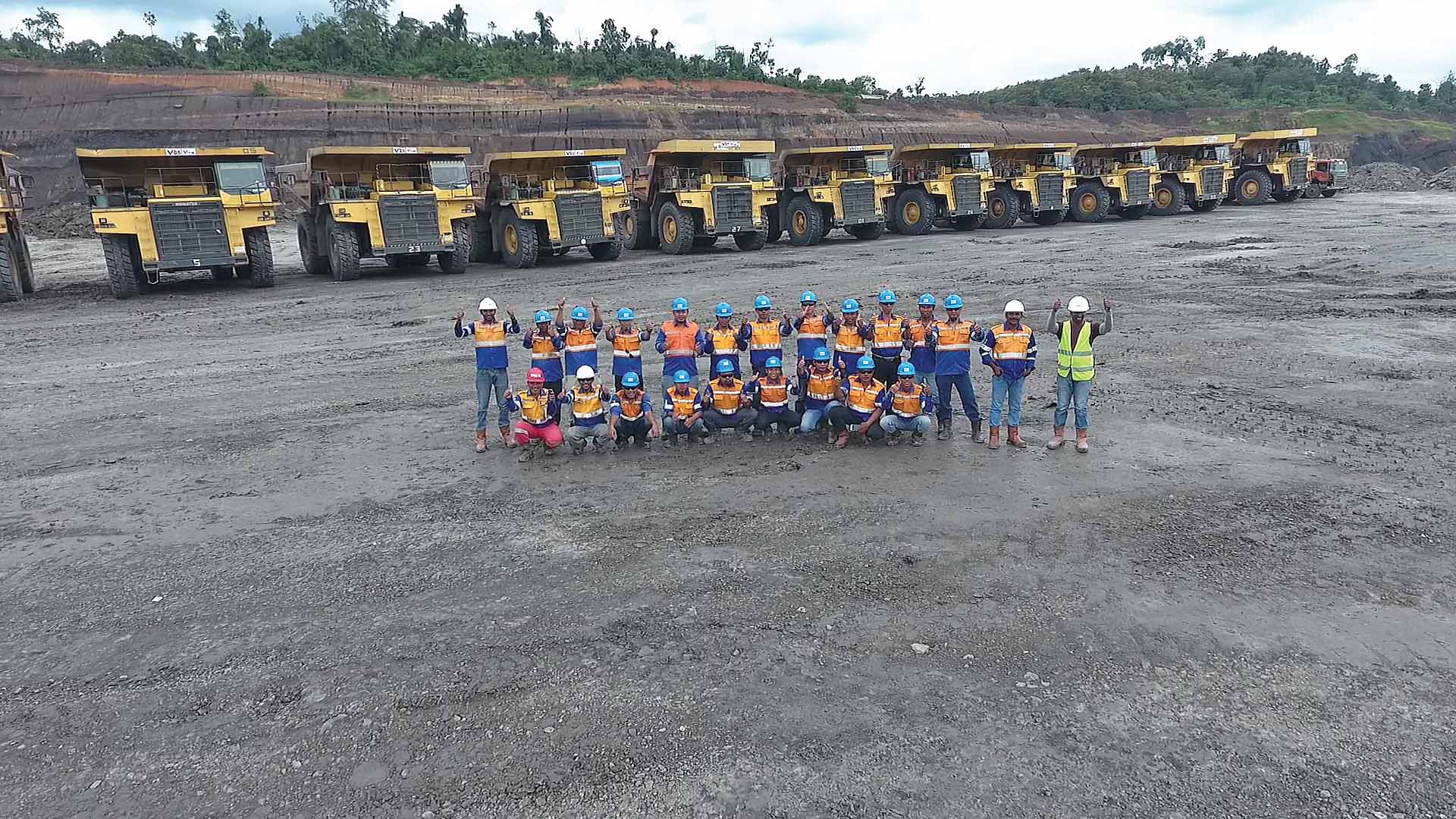 “In this industry, there’s often a hesitation to change when it comes to equipment,” Reddy admits. “But we’re very open to new technology, so if one of our suppliers tells us they have a new product, we’ll give it a try without question.”

“Mining isn’t a fly-by-night game, so when you’re dealing with names as big as these, you have the trust you need that their equipment will get the job done over time. Likewise, they know for sure it won’t be a one-off sale with us.”

With coal mining on the precipice of a global shift, VPR’s strategy of diversity and core competency of irrigation expertise will provide a solid foundation for the company’s continued success. These wins are worth studying, Reddy says, and can often impart much more than a failure.

“Yes, we need to learn from mistakes, but when you’re successful, you need to question that success as well,” he says. “Why do we succeed? If we win 20 tenders, why is that? What have we done to bring about such a positive result? Once you can answer that question, you can succeed again and again.” 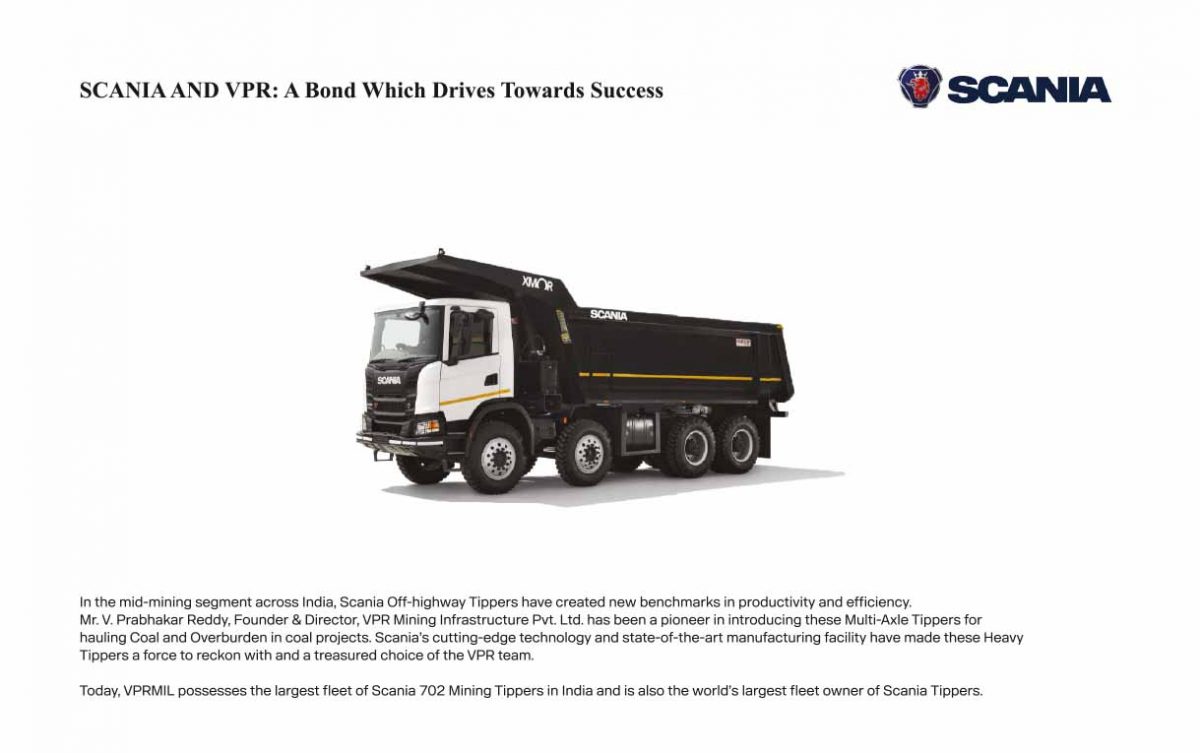