All about Africa: Aliko Dangote 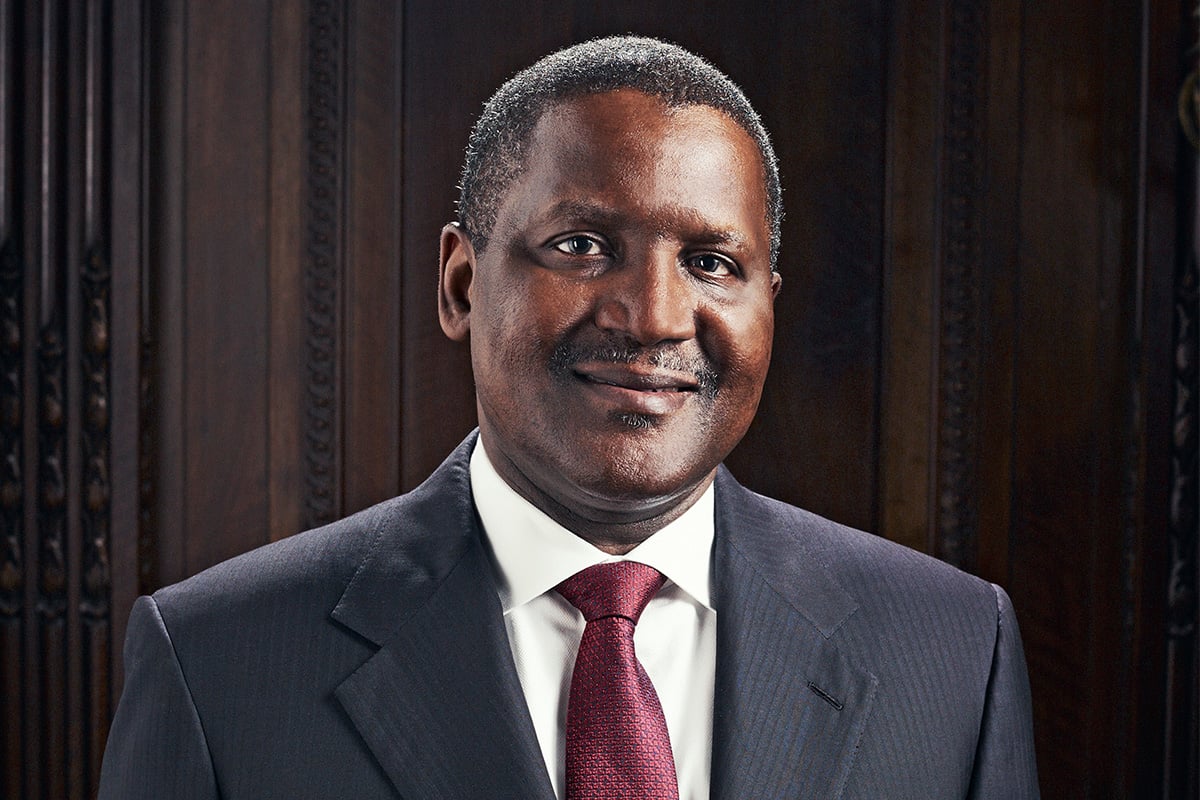 On 2,500 hectares of swampland on the outskirts of Nigeria’s Lagos, a heaving capital city of 21 million people, a bold US$12 billion project with the potential to transform the nation’s economy is underway. The world’s largest oil refinery is due to begin production in 2020 and Africa’s richest man, Aliko Dangote, is behind it all.

Once completed, the refinery is expected to process 650,000 barrels of oil per day – a volume that puts it on the path to shake up Nigeria’s oil industry. The amount produced will exceed Nigeria’s consumption – the government currently spends millions importing oil – with enough left over for export.

Blighted by corruption and theft, Nigeria’s notorious oil industry has reported losses of US$16 billion in revenue in recent years, with some saying as much as US$400 billion has been lost since the country’s independence in 1960. Aliko’s oil refinery and petrochemical project plans will allow Nigeria to finally reap the rewards of its oil-rich earth.

As one of six major projects currently being driven by Dangote Group – an industrial conglomerate founded by Aliko – the refinery alone is set to create 60,000 jobs – 20,000 of which will be onsite. “We are bullish on Africa,” Aliko said during a tour of the refinery site in 2017.

Aliko is a man with a vision of a self-reliant Nigeria, who professes his passion for the success of Africa and its people. Indeed, over the past four decades, the Dangote Group has grown into a position where it can strategically invest in Africa – it is present in 18 African countries – and aims to be the leading provider of essential needs in food and shelter.

“We are focused on building local manufacturing capacity to generate employment, reduce capital flight and increase local value addition,” he says on the Group’s website.

Aliko was raised by his grandfather, a commodities trader, who is said to have instilled the entrepreneurial spirit in young Aliko. “I had a lot of love, and it gave me a lot of confidence,” he says of his upbringing. Business accomplishments run in the family. Aliko’s great-grandfather was a successful kola nut trader and named the richest man in West Africa in 1955.

Having displayed a penchant for business as a school kid, selling sweets to his classmates, Aliko entered the business world more professionally in 1977, aged 21. He borrowed US$3,000 from his uncle to set up a small cement trading business after finishing his studies at Al-Azhar University in Cairo.

”Nothing is going to help Nigeria like Nigerians bringing back their money. If you give me US$5 billion today, I will invest everything here in Nigeria.”

Oil-rich Nigeria was growing fast and Aliko identified the business potential in local raw materials for the booming construction industry. His actions paid off and the young businessman reportedly paid back his debt within six months. Aliko reinvested his profits from this early business venture and, by 1981, he had founded Dangote Group, with operations across a range of industries including cement, sugar, flour, packaging and energy. A decade later, the Group had grown into one of Nigeria’s largest conglomerates and boasted the biggest cement plant in Sub-Saharan Africa.

“I always tried to move up the food chain. I started with cement, and then moved into textiles, and banking. When I was trading sugar, I added salt and flour, so that then we could do pasta. And then I thought, why not make the bag for it too? So, we started making packaging,” he recounted to TIME magazine in 2014. Twenty years after founding the company, Aliko finally took his first holiday. “I was working very hard for a long time to build my business,” he said, adding he now aims to take a one-week holiday with his family for every two weeks of work, favouring the St Regis in Miami to spend it in.

By the mid-2000s, the Group’s revenue hit US$1 billion and, in 2014, Aliko’s wealth was reported by Forbes as US$25 billion, earning him the title of the world’s richest man of African descent and the richest man in Africa. As of March 2018, the 61-year-old President and Chief Executive of West Africa’s largest industrial conglomerate has an estimated net worth of US$14.1 billion, retaining his title of the richest man in Africa and placing him as the 100th richest person in the world.

His appreciation of the high life is well documented, including ownership of 25 luxury cars, a 33-metre yacht named after his mother, and a US$45 million private jet; however, beyond the billion-dollar rich lists, business interests and pastimes, Aliko wants to be known for
his altruism.

“I do not want to be known only as Africa’s richest man but also as the biggest philanthropist in Africa. I will continue to use my resources and my voice to help shape a better Nigeria and Africa as a whole,” he said in May 2018, when he announced micro-grants from the Aliko Dangote Foundation worth N130 million for 13,000 vulnerable and underprivileged women in Nigeria’s Nasarawa State.

The grant is one of many projects undertaken by the Foundation, which was established in 1993 with the aim of improving the living standards of African people and to positively impact the growth of Nigeria. The Foundation is engaged in work that aims to lift people out of poverty using investments in health and nutrition, education, economic empowerment and disaster relief.

Some of the Foundation’s other activities have included the creation of a N1.2 billion world-class business school in Nigeria’s Bayero University, and donating US$2 million to the World Food Programme. Aliko has worked alongside Bill Gates in efforts to eradicate polio and malaria from Africa.

The magnate is a member of the International Commission on Financing Global Education and recently published an article about the importance of education and new technology for African children on World Economic Forum’s Agenda. “It is time for an entrepreneurial and knowledge revolution in Africa. Only a properly educated workforce and entrepreneurial class will have the skills and drive to thrive as new technologies change the nature of work, leisure, the environment and society – and to tackle our continent’s most pressing problems,” he wrote.

While there is no denying his vast success and generous philanthropy, Dangote has not escaped criticism. In 2014, for example, he was accused of forcing villagers off land he wanted to purchase. Meanwhile, his lofty donations in the millions to the government have led to allegations he receives special treatment.

“People throw a lot of mud at you and you have to see how you can clean it up,” he told the Financial Times. Ruthless businessman to some, hero who builds factories and reinvests in Africa to others; one thing seems certain, Dangote is tough and has no plans to retire.

The Lagos oil refinery will reduce Nigeria’s dependence on imported oil, saving an estimated US$5.8 billion from late 2017 to early 2018. But it’s also a risky move. Aliko will be impacting on the current businesses importing oil into the country once Nigeria’s oil needs are met locally.

Aliko has other plans in the pipeline. He has allocated US$800 million to the purchase of 50,000 cattle to produce 500 million litres of milk per annum, and will spend up to US$50 billion over the next decade on renewable energy and petrochemical refineries. The future is bright for Nigeria, he pointed out at a press briefing, identifying a number of other opportunities.

“Agriculture is there. Petrochemicals are there, Nigeria has more arable land than China. If we finish our gas pipeline, it can generate 12,000 megahertz of power. That’s huge. That’s more than what we are looking for in Nigeria and we can supply the rest of West Africa.”

Aliko also has his sights on London, with talks of a Dangote Cement IPO on the London Stock Exchange. And, what would a billionaire be without an interest in an English football team? Once the oil refinery is complete and running, Aliko plans to celebrate with the purchase of his favourite football team – Arsenal – of course. The man who once waited 20 years to take a holiday has certainly learned the art of reward. 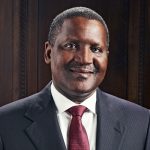