A class of its own: Dr Lyle D Roelofs Having spent decades working in higher education, nothing much surprised Dr Lyle D Roelofs. That is, until he arrived at Berea College in Kentucky.

Berea was the first non-segregated, co-educational college in America’s South, founded by abolitionist John Gregg Fee in 1855. It charges no tuition fees, offering instead four-year full Tuition Promise Scholarships, averaging around US$140,000 each, to students showing academic promise and whose families meet the financial criteria of earning less than US$29,000 a year.

Lyle became the college’s ninth president in 2012, ready to lead and inspire more than 1,600 students to better themselves. To change. What surprised Lyle, however, was the change in himself.

“Berea takes over your personality, whether you’re an incoming 17-year-old, or an incoming, somewhat cynical, 57-year-old with more than 30 years’ experience,” he says. “It has this amazing capacity to change you. My biggest surprise was becoming so personally and professionally involved in an institution, and this commitment extends to nearly everybody around me.”

Lyle’s commitment varies, from buying students running shoes on condition they exercise with him twice weekly before class, to leading a demonstration downtown against bigotry. Then there’s his much less typical objective – ensuring that the children of Berea’s graduates do not need to enroll at Berea.

This is a completely different mindset than that at other colleges of universities, including his former institution, Colgate University in New York State, where he was educating the seventh-generation of alumni families.

“There, we had a sustained relationship with many families, which meant legacy admissions,” he explains. “At Berea, when we succeed with our educational and transformational purpose, our graduates are unlikely to be able to send their children to us because they’ll be too successful financially. So, that means their attachment to our mission has to work very differently.”

To ensure that this mission – to provide educational opportunities to students of all races and limited economic resources – is continued and understood, Berea students study the history and commitments of their college in a core curriculum course.

The results speak for themselves. “Because we make that part of their educational experience, our students have a remarkable grasp of our history and mission,” Lyle explains. “I haven’t seen anything like that awareness in any of the other institutions I’ve been involved with.”

A scientist, whose field is theoretical physics, Lyle has taught, researched and administered at many higher educational institutions, including Haverford and Calvin colleges, and Maryland and Brown universities. He served eight years at Colgate as a physics professor and Provost and Dean of the Faculty, and one year as interim president, before coming to Berea.

At Berea he works to ensure that the no-tuition promise does not impact the quality of the education. Financial support is provided from alumni, donors, organizations and income from the college’s endowment, which funds 75% of the education and general operating budget.

The college celebrated several national accolades last year, including being named the best value institution in the US by The Wall Street Journal and Times Higher Education.“Harvard was ranked six, so we beat them by five spots. We’re very proud of that achievement.”

More than 70% of Berea’s students come from the Appalachian region and Kentucky, while others represent nearly every state of the US and more than 60 countries. 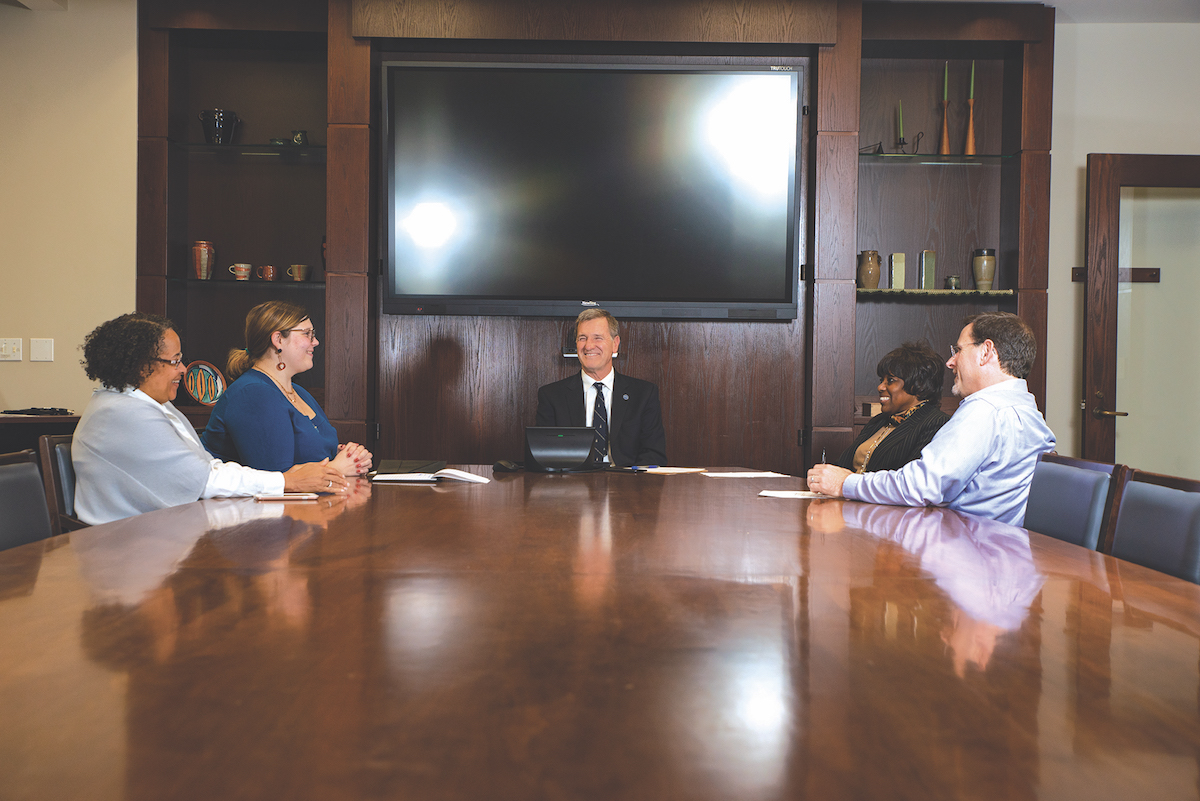 “We are unusual because we have typically larger numbers of the various minority categories in the US than are represented in the population,” Lyle explains. “In our incoming class last year, we were at 28% African American, 11% Hispanic, with smaller numbers of Asians and Native Americans.

“That makes us unique because the typical demographic in higher education institutions is that they are either HBCUs (Historically Black Colleges and Universities), with a student body overwhelmingly made up of students of color, or primarily white institutions that have around 7% African American students.

“Having a student body with more than a quarter of African American students and 40% students of color puts us pretty much in a class of our own. We have a very interracial community here and the education is qualitatively different because of it.”

The college’s motto, ‘God has made of one blood all peoples of the earth’, speaks to its inclusive nature.

Once accepted into the college, students are required to work a minimum of 10 hours a week, in a range of jobs around campus from administration duties to growing food on the farm to working in the forest. They are evaluated on their abilities in communication, supervision, teamwork, punctuality and their basic work skills, with reports compiled for potential employers.

“There are no exceptions,” Lyle says. “We have students working pretty much everywhere on campus; there are not many areas we regard as beyond the ability of our students.

“We also don’t regard our students as incapable of taking on what some might consider dangerous tasks. I’ve seen our students operating chainsaws on the grounds, for example. Of course, we train them well, but we have confidence that they are capable young men and women who appreciate having responsibility and learning real work.

Many students also take on secondary positions, ranging from two to five additional hours, to earn extra income or to gain experience in a particular area they are interested in but didn’t succeed in getting into.”

Unlike most Berea students, Lyle was raised in a middle-class environment, although he worked from seventh grade on to save money for college.

“That awareness, of needing to work for whatever benefits you might hope to receive in the future, was part of my upbringing, and I appreciate how Berea students are willing to take on their responsibilities in the work program, even though they will sometimes point out that their friends at other schools don’t have to work,” he laughs. 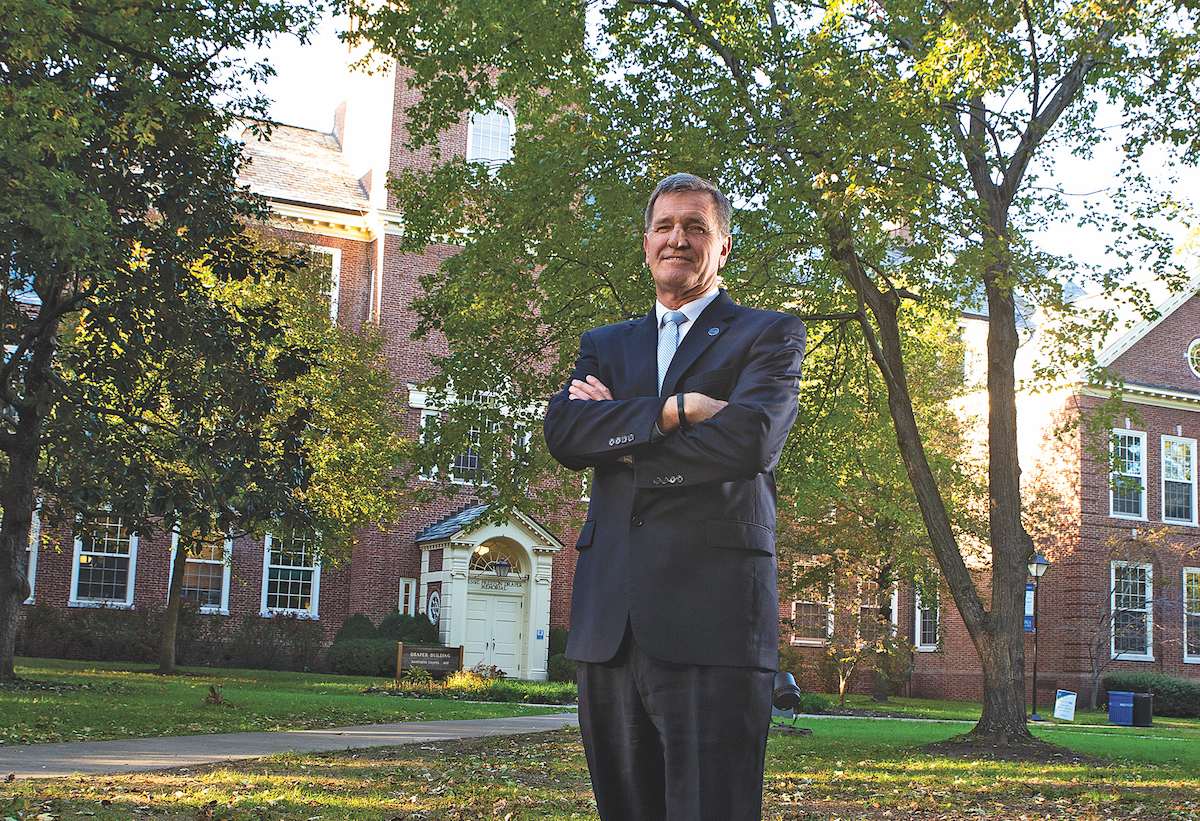 Lyle adds that students coming out of poverty often have had to deal with very tough challenges, having experienced what are called adverse childhood experiences (ACEs), which can lead to health consequences and perpetuated dysfunctionality later in life.

“Growing up, ACEs were not a part of my life, and I’m open with them about the privileges I had. All I can really do is just be amazingly impressed by our students overcoming what they’ve experienced and let them know how much I admire them for what they have achieved.” 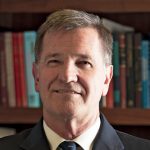