Women in the making: Julie Townsend 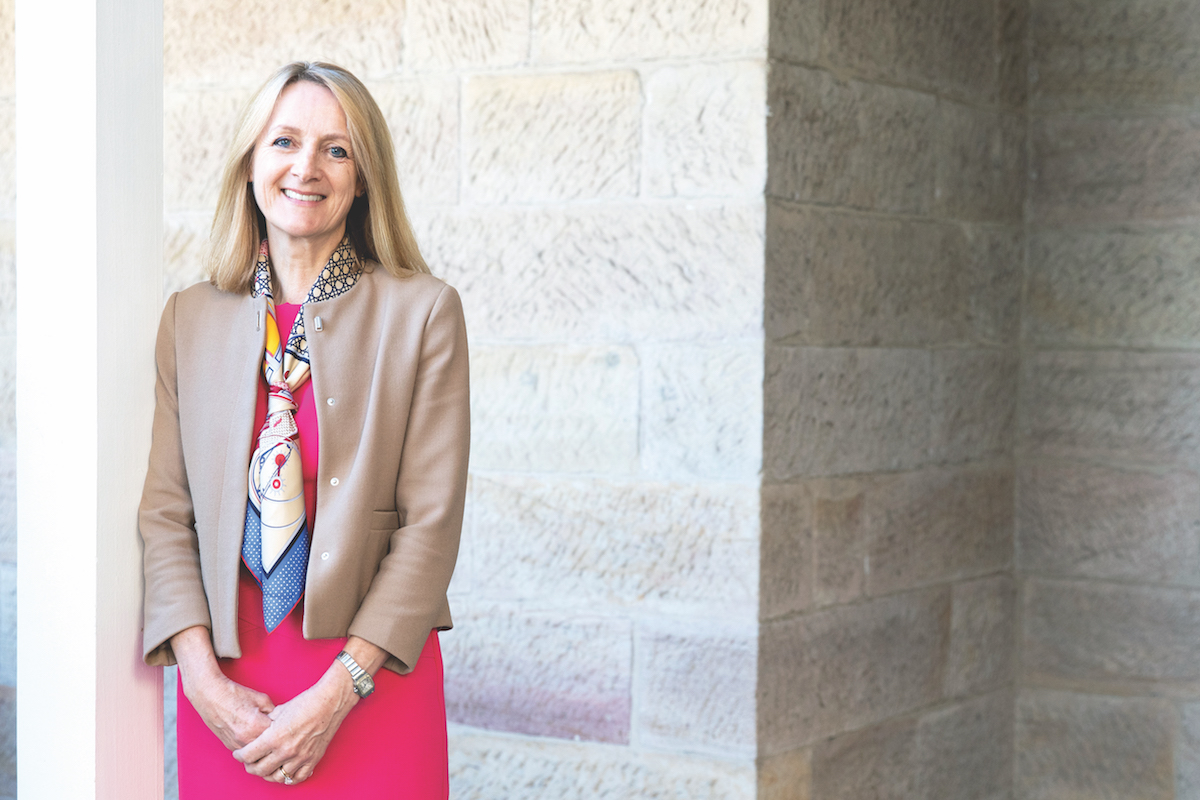 Julie Townsend is the teacher you always wished you’d had. You know the type – bright, breezy and approachable. She also knows stuff, lots of interesting and quirky stuff, which she draws on randomly to emphasise a point. The Headmistress of St Catherine’s School has headed the Anglican girls’ school in Waverley, Sydney’s eastern suburbs, for 10 years.

The decade before she was teaching and deputising at Pymble Ladies’ College in Sydney’s north. She’d arrived in Sydney from England with her husband in 1998, armed with an impressive resume boasting senior leadership roles. However, lacking any sort of network within the industry, she couldn’t get a teaching job.

Undaunted and determined to work, at least to pay for the childcare, Julie sold shoes in a David Jones department store. Not a bad gig actually for someone who has a penchant for shoes. “I love shoes. Everybody loves shoes, don’t they? I got to work with people and look at shoes all day; it was great,” she laughs.

She finally secured a six-month maternity contract at independent Catholic girls’ school Loreto Normanhurst, which provided her with the network needed to pursue her passion for education. It’s an enthusiasm that clearly hasn’t dampened since she was a little girl, when she’d line up her young friends in mock classrooms to teach them. Much of her childhood was spent in Zambia, where her accountant father was contracted; she returned to England to take A levels, complete her degree and gain a PhD in Anglo-Saxon literature.

Julie has that knack of remembering data and facts from reports and studies most people have never heard of but would undeniably benefit from. While she’s clearly focused on knowledge and providing her girls with a “robust” education, her idea of education stretches way beyond the curriculum.

“At St Catherine’s, it’s a priority to develop character strength because it’s the qualities of character that unlock education. You can have the best education in the world, but if you don’t have the right character and temperament traits, you’re not going to make the best of that education.

“The Harvard Longitudinal Study, started in 1938 to research the lives of 268 undergraduates and discover what leads to a happy and healthy life, found that the answer lies in strong relationships. We have girls who have gone through 13 years of school with each other and their friendships are rock solid. Those friends are your anchor when things go wrong in life. The same holds true for our relationships with people across our whole community. We have, for example, many longstanding supplier relationships, where mutual respect and trust have developed over many years. Those suppliers are now valued, reliable parts of our community.”

St Catherine’s is Australia’s oldest independent girls’ school, established in 1856 by Mrs Jane Barker, a bishop’s wife who wanted daughters of the clergy to have the same educational opportunities as the boys. Julie says the school’s long history gives the girls a clear idea of the development of women’s education and she is a strong advocate for single-sex schools.

“There’s more and more evidence to show it’s much more beneficial for girls, because from the beginning they’re free of any gender bias or assumption.

Our girls can study engineering or physics without thinking it’s normal that those classes are usually dominated by boys. We have a sharp focus on developing STEM skills (science, technology, engineering and maths) because they will lead to many jobs of the future and we want to make sure our girls have equal opportunities in those areas.”

Despite being an Anglican school, St Catherine’s has a healthy mix of denominations among its 250 staff and 1,050 students from kindergarten through to year 12. Julie happily acknowledges that most of her students aren’t religious.

“We have Jewish, Muslim and Christian teachers and students, and a strong indigenous program, but we base our learning on Christian values. After all, Western civilisation was founded on these values and while we don’t expect our children to be Christian, we want them to understand what Christianity is and what it means to be Christian.”

Those values include respect and that goes for parents, too, who can be tricky when they venture inside the school gate. While Julie insists 95% of her parents are “absolutely fabulous”, she concedes that unacceptable behaviour from a few triggered the need for a Parent Charter determining a code of conduct.

“It’s all about respect for dialogue,” she explains. “It doesn’t mean you have to agree; it just means acting in a manner that’s polite and understanding. After all, we teach the girls to co-exist well within the school community, so why shouldn’t parents?”

Her reference to “concierge parenting” attracted extensive media attention earlier this year when she talked about those parents who constantly troubleshoot for their children, no matter how big or small their issues.

“It really sums up what some parents are like,” she reflects. “Children go to them in the morning with their problems and they say, ‘Don’t worry darling, out you go, when you come back at the end of the day, I’ll have sorted it all out for you.’

“But this doesn’t teach our children responsibility, or to problem-solve. It only shows them that everything will be magically fixed for them if they go to Mum or Dad. If something goes wrong later in life, as it certainly will, they will struggle if they haven’t learned the skills to sort it out themselves.”

But not all goes to plan. Julie admits that one particular attempt to teach responsibility completely failed. In an effort to acknowledge the role mobile phones play in society and to teach responsible use, a decision was made to allow girls to use their phones at school. 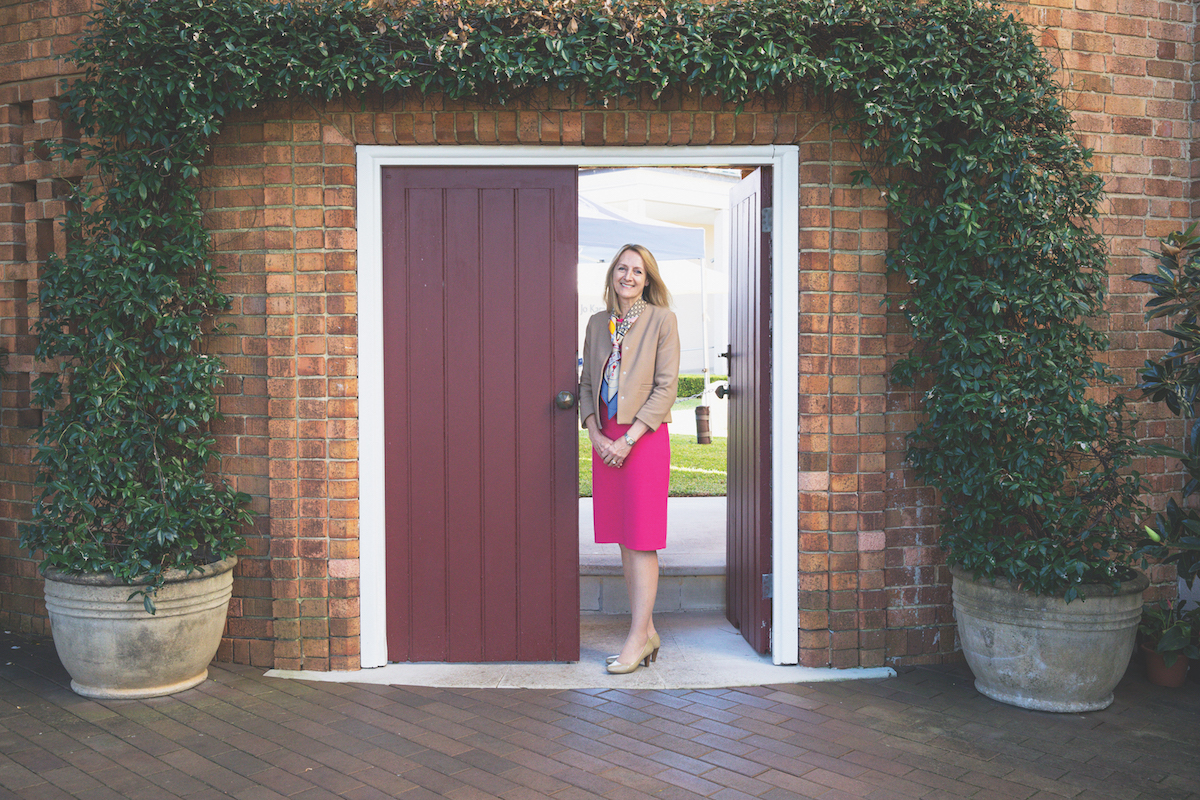 “We’ve had to do a 180-degree turn on that,” she says. “We learned it was absolutely impossible to ask the students to use phones responsibly when adults can’t – plenty are caught using the phone while they’re driving. Phones are addictive, for all of us, we get a dopamine rush every time we hear the ping of a message. Now we have a strict policy that phones are put in the lockers between 8.20am and 3.20pm and we have noticed a huge difference. The girls are much more engaged, talking to each other, and the younger ones are playing games. Remember the old elastics? They’re coming out along with skipping ropes.”

Julie lives next door to the school with her three children; two are at university and the third is in his final year of high school. She lost her husband to cancer five years ago, after 22 happy years of marriage.

“We met at university in England and with me growing up in Zambia and he in Martinique; we wanted to go to Australia where we could raise our children in sunshine with no shoes on. We were so happy. He was a good man and is still in my heart and I have the great joy of watching our children grow up. Only now, I’m trying to get them to put their shoes on,” she laughs.

Her unrelenting determination to bring out the best in her girls is matched by her drive to continue educating herself on the latest trends in education, both locally and internationally. She believes there is an excellent pool of talented teachers to draw on throughout Australia, and maintains high standards when selecting staff for St Catherine’s.

“The most important thing a school can do is provide good teachers,” she says. “Teaching is more a craft than a profession, it’s about getting the best out of every child in class, while dealing with seven or eight different situations at the same time. Our teachers bend over backwards for our girls, going far, far, above and beyond what they need to.

“For a new teacher starting at St Catherine’s, their first six months is crucial. If we find they’re not the right fit for the school, we don’t hesitate to ask them to leave. Of course, that can annoy some parents because it disrupts classes, but it’s essential for us to have strong teachers who fit really well into the culture of the school.”

One aspect Julie would like to further explore in teaching practices is the number of hours teachers spend in front of the class. She believes it would be more productive for teachers to be given more time to develop their skills.

“We have one of the highest face-to-face teaching times of any country in the OECD. Our teachers engage directly with students most of the day,” she explains. “They don’t have much time to hone their skills or discuss their teaching with each other.

“In China, there is less face-to face teaching and teachers spend more time observing each other’s lessons, talking to each other and sharpening their practice. Of course, they have up to 45 students in class because less teaching time means bigger classes. There is a big focus on small class sizes in Australia, but the evidence doesn’t support the notion that smaller class sizes lead to better student outcomes.”

Julie’s persistent research into education will undoubtedly produce new and exciting ideas but, meanwhile, she is consolidating her St Catherine’s family, a warm embracing community where everyone can flourish – students, teachers and parents alike.

“We cater to all students, no matter how different they are. We have 20 different sports, 20 different music ensembles, we have girls graduating with 99.95 ATARs going straight into medicine, others who go into TAFE or a job, and even some who decide to throw on a backpack and head off overseas.”

It’s a deceptively simple philosophy. “Work hard and be nice to people. Just do your best every day and look after the people around you, that’s the key to a fulfilled life,” Julie says. “And if you have troubles, just get up every morning and keep going. The sun will soon shine again.” 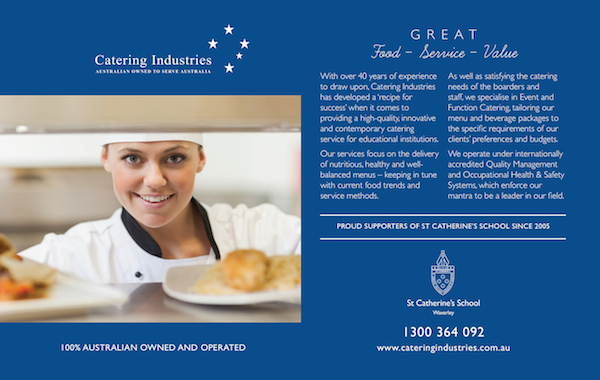 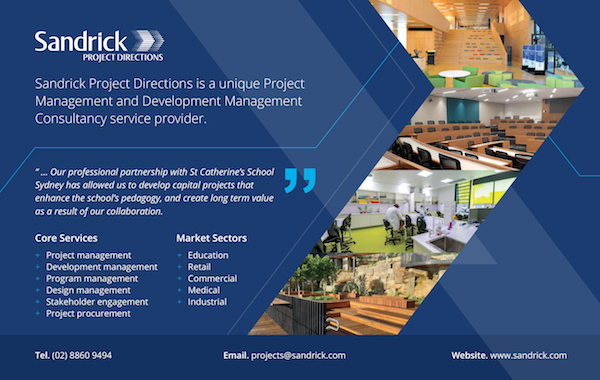 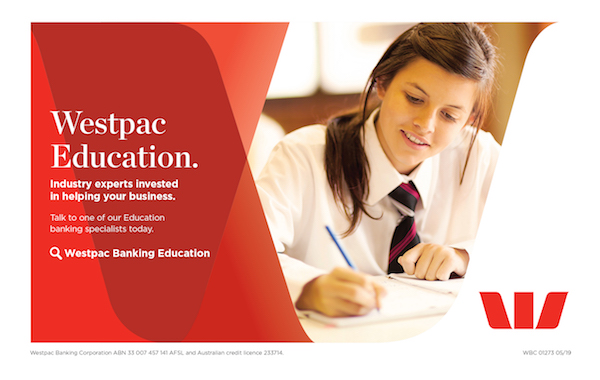 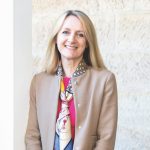