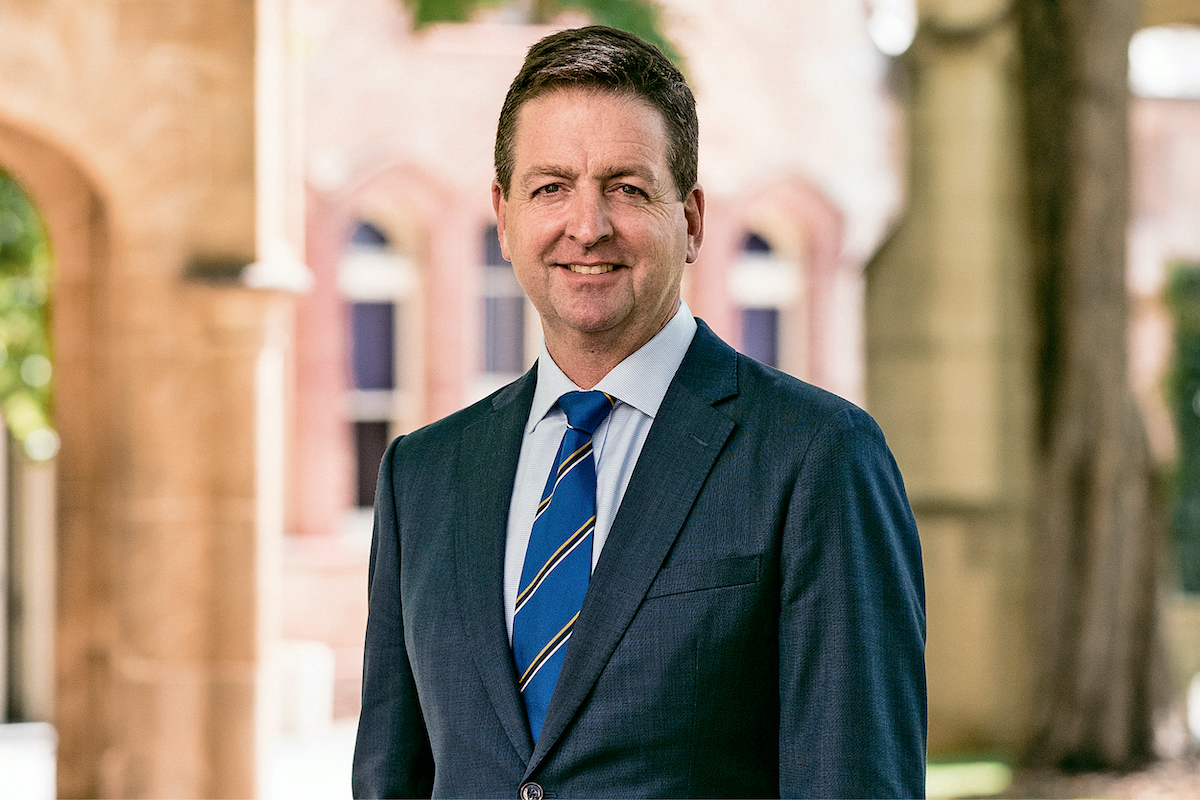 Tim Browning was inspired. Sitting before him, his feet not touching the ground, was young Ollie. The five-year-old had summoned the Headmaster of St Peter’s College to a meeting. “Ollie wasn’t happy,” Tim remembers. “He didn’t think the school was doing enough about waste management. His meeting resulted in a revolution. We got student groups involved, changed our systems and processes, and are on track to become a zero-waste school by 2022.”

Meeting with Ollie is just one of the classic encounters this headmaster has had with younger students telling him how to run the Adelaide school. And he welcomes their input.

In fact, Tim admits that if he’s having a hectic day, he heads to the school’s Early Learning Centre (ELC) for preschoolers aged three to five. “They think big,” he says. “And their ideas often have a broad impact and are worth pursuing.”

St Peter’s College, known as Saints for short, was founded in 1847. It’s an independent Anglican boys’ school with 1,500 pupils from ELC through to Year 12, including 100 boarders. It prides itself on its inclusivity, accepting students of multiple faiths from diverse backgrounds and, over the years, has produced 10 Australian Premiers, three Nobel Laureates and 42 Rhodes Scholars.

Tim joined St Peter’s College in 2018. His previous roles included leadership positions at Cranbrook and Scots in Sydney’s East, Churchie in Brisbane and Geelong Grammar. Not bad for someone who initially denied his true calling, choosing to study engineering instead.

“I don’t think I had the maturity to go straight into teaching. But at the end of my first year in engineering, I knew it was what I wanted. To test myself, I signed up with the local parish to teach religious education, to see whether I could handle being in front of children. I finished my engineering and went into education.

“I always let students in on a little secret,” he adds. “Most adults still haven’t worked out what they want to do with their life and the successful ones are just doing something while they work it out. This understanding often comes as a great relief for students and their parents when we’re discussing study and life beyond school. Guiding students is a privilege, particularly during their formative years.”

Tim advocates strong relationships between the school and parents, and believes schools are pillars of the community. “Education is a life journey and our aim is to undertake this journey in partnership with parents,” Tim says.

“In our co-parenting role, we share responsibility for the successful navigation of each student through childhood and adolescence. At Saints, both the school and parents share and are committed to the same values, and we work together to prepare our boys for a life fully engaged in all the possibilities and challenges that lie ahead.”

Tim’s flexibility when it comes to classroom teaching is boundless. With his goal being to employ everybody who’s “far better” than he is, he implements three rules to trigger creativity – staff must engage, be passionate and have absolutely no right to be boring. 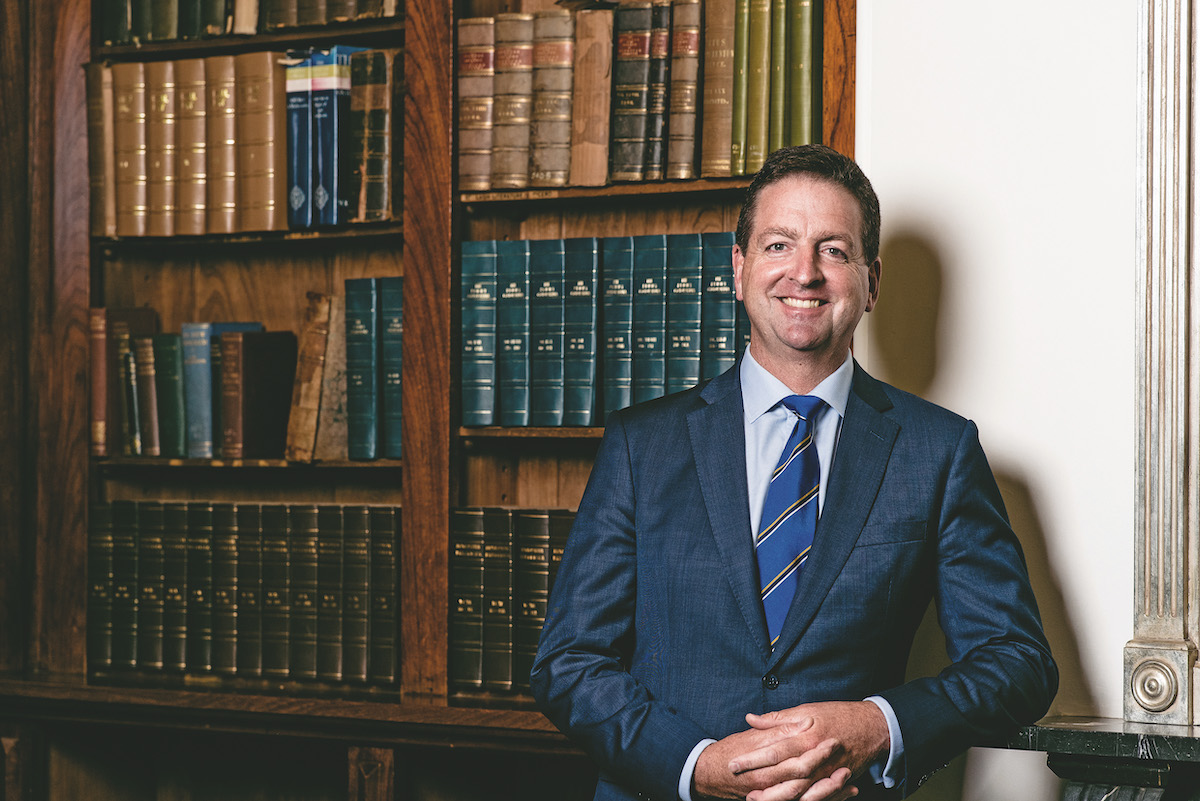 “We support our educators to stay connected to the reason that inspired them to become teachers in the first place. Teaching is demanding, intense, and is also immensely rewarding. We have a diverse, passionate and dedicated team of educators at Saints, and they engage our students and develop passion and depth. It’s their classroom. Be creative! Creativity has been beaten out of the curriculum in some areas, in the drive to ensure compliance. I understand that, but we need to get back to education for education’s sake.”

“We support our educators to stay connected to the reason that inspired them to become teachers in the first place.”

While Saints offers a dual pathway to tertiary study through the South Australian Certificate of Education and the International Baccalaureate, in 2018 Tim challenged Adelaide University to accept students based on specific subject results rather than the Australian Tertiary Admission Rank (ATAR).

“Students in Years 11 and 12 across the nation were having dull experiences, becoming disengaged after dropping subjects they were passionate about to maximise their ATAR. We ran a trial, it worked brilliantly, and now it’s possible for all students in South Australia to get into Adelaide University based on school results achieved throughout the year previously. It’s fantastic!”

With service a key value of the Anglican foundation of the school, a fund has been established at Saints to encourage students to develop social enterprises to support community needs. Students apply for a grant to launch a business idea and money earned is donated to the cause they support.

“Some of the junior school students used their grant to buy a coffee machine so they could deliver morning coffees to staff and use the money to support the homeless at the Hutt Street Centre. Other funding was used to buy technology to create an app that helps aged-care residents connect with their relatives.”

Recognising that the gap between school and work is closing, Saints has also introduced the CEO in Residence program, a complement to its existing Artist in Residence program. Every term, two industry leaders are invited to work from the school, offering advice and mentorship to the boys.

While Tim celebrates the success of his students, he’s emphatic they learn to fail, particularly early in life. It’s a vital learning curve that parents should embrace rather than fear.

“Raise your hand if you are dreaming of having your son live with you when he’s 42,” Tim laughs. “No-one puts their hand up. So let’s begin with the end in mind: a confident, compassionate, proactive, outward-looking and engaging, independent young man.”