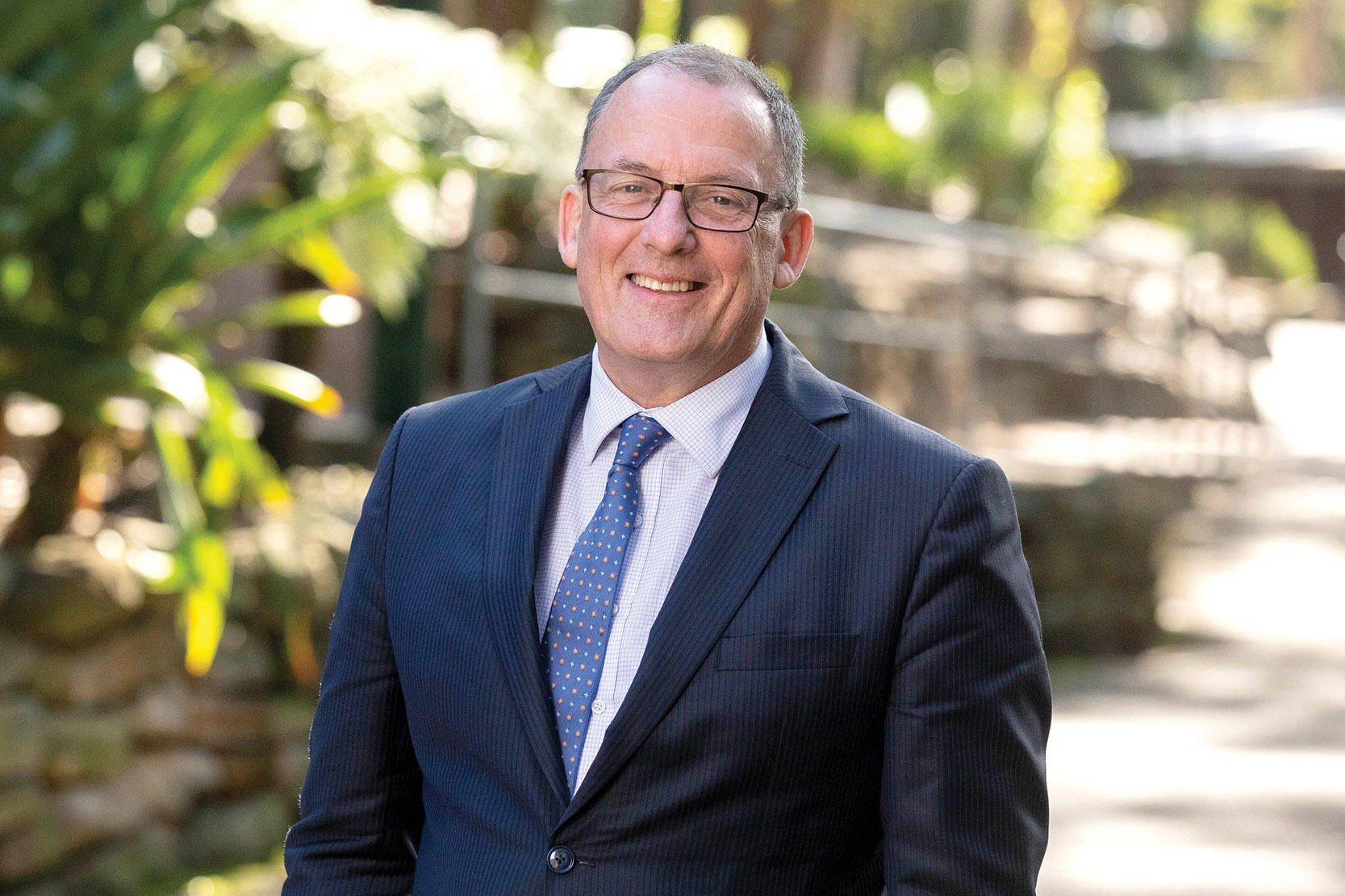 Hills Grammar School was destined to be different from the day it first opened its doors in 1982. Its founders had bought the 10-hectare site to build a school for nearly 200 students who wouldn’t be beholden to faceless state bureaucracy, religious confines or external bodies.

“It was a unique idea back then,” says Principal Michael Smith, who took over leadership of the school in 2017 after 18 years as Deputy Principal. “There were lots of independent schools that had educational, religious and historical agendas to comply with. We have been and remain privileged, as we don’t have to prosecute anyone’s agenda other than our own: a love of learning and education for education’s sake. It’s actually very liberating as educators that we can focus all our time on achieving educational excellence,” he reveals. “It allows children to flourish, thrive and aspire – not just in terms of an HSC result or ATAR, but to so much more on their life’s journey.” 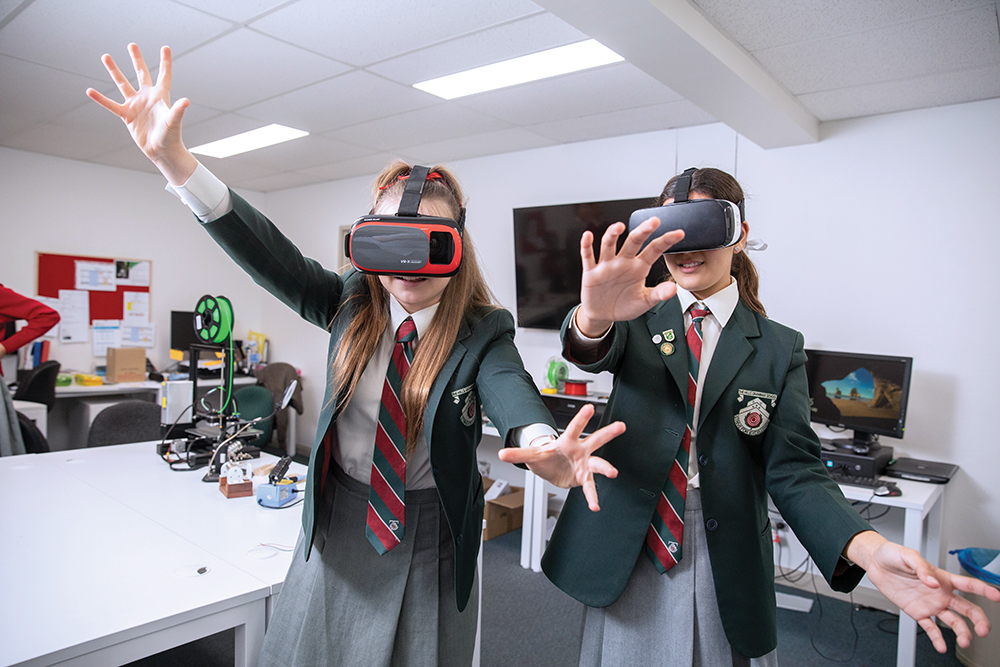 We’re a creative, organic organisation, always looking for new ways to improve or do things differently.

All those years ago, the nearby communities of Dural and Round Corner were semi-rural, but the suburban spread has long since enveloped the area. However, the school, with a campus now nearly twice as big and boasting 930 children from Kindergarten to Year 12 (plus a 79-place Early Childhood Education Centre, which has been twice rated ‘Exceeding’ against the National Standards), still feels like it’s in the country, with myriad wildlife visitors including goannas and echidnas sharing the campus with students and staff. The school doesn’t even sound a bell to announce the start of lessons in case it disturbs the peace and tranquillity of its unique learning environment.

One thing that has been revolutionised in recent times is the role of the principal. “There’s recognition now that I’m not just the head teacher,” Michael explains. “I’m a CEO. Yes, I’m running an educational organisation to facilitate quality teaching, but it’s also a business, so I’m across that side to ensure we can deliver on our educational promises, and in an organisationally sustainable way.”

Overall, the enhanced emphasis on regulations and red tape has made some positive differences, but it can have its frustrations too, he admits. “It’s a more compliance-driven vocation now and more risk averse, but it can go too far. It’s dangerous not to take risks as often that’s when learning most effectively occurs,” Michael says.

“I remember when I was teaching Tess of the d’Urbervilles at my last school, and I got to a part of the book set in a dairy. I thought, ‘Oh, there’s a dairy down the road’, so we hopped in my car and had the lesson in a field of cows! You could never do that today – you would need parental permission and to complete the risk assessment. By the time you had done all that, the moment to enhance learning would have passed.”

As a leader, Michael knows he also has to respect generational differences among his staff, students and parents. “I’m at the end of the baby boomer generation so I live to work rather than work to live, but I have to understand that people have different opinions, different expectations,” he concedes. “I was an English teacher, so I know all too well that you have to change your leadership and communication style according to your audience.”

Usually, the more opinions ventured, the better the outcome. “We’re a creative, organic organisation, always looking for new ways to improve or do things differently,” he states firmly.

When Michael first joined the school there was a Year 9 student who wanted to do things differently, and the school went out of its way to help her find her voice as a singer. Her name was Delta Goodrem. She left 11 years after another inventive and creative former pupil, film star and director Joel Edgerton.

“They’ve both been very generous in supporting the school as they appreciate how it allowed them to pursue their dreams,” Michael smiles.

For current students, the famous alumni prove that an environment geared to unleashing learning and to fostering student potential can yield so much more than just impressive HSC results. As Foundation student John Stead said, “There’s something in that place that allows learning to happen – it’s special”. It was a special place in 1982, and remains so in 2021. 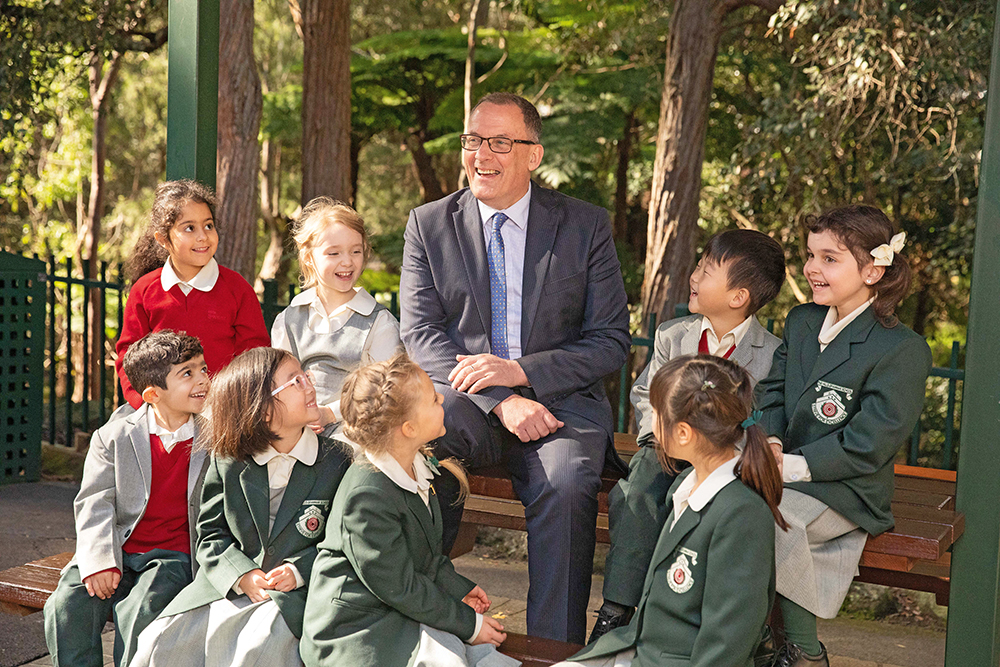 For Michael, establishing a healthy environment to facilitate learning was his first priority.

The culture is to respect individual choice, he insists. Our young people engage in the decision-making, which allows them to become independent and autonomous while still embodying our values of respect, integrity, service and excellence.