With over 25 years’ experience with development giant JSW Group, Arun Maheshwari is a much respected steel industry veteran. In 2019, with a reputation for successfully managing multiple roles and responsibilities, Arun took over the reins as Joint Managing Director and CEO of JSW Infrastructure, a company of JSW Group.

Charged with taking the port infrastructure company into an exciting phase of development and growth, Arun is thrilled to be part of this new chapter for the company.

Operating since 1999, JSW Infrastructure is one of the leading private sector infrastructure companies in India and part of the US$14 billion JSW Group.

The Group’s portfolio includes steel, energy, cement, infrastructure and paints, besides an active interest in sports and a strong network of community development under JSW Foundation.

Any economy’s growth potential is explored when it uses its shore lines efficiently. India has 7,517 kilometres of coastline and 14,500 kilometres of potentially navigable waterways with much of this yet to be realised.

Strengthening the country’s ports and constructing state-of-the-art infrastructural facilities sits at the heart of the company’s operation. JSW Infrastructure believes in the future of India and is committed to being a part of the journey, helping it get there.

Diversifying and expanding the company’s portfolio to develop networks supporting the ports is part of the company’s larger plan of creating better connectivity.

“Looking at the geographical advantage and growth potential of India, it is still at a very nascent stage of infrastructure development,” suggests Arun.

“Development of infrastructure would be the first key pointer while achieving the target of a US$5 trillion economy. Keeping that in mind, we’re not limited to development and management of ports alone.

There are so many other areas for us to explore. It could be slurry pipelines, waterways system, dedicated railway systems or back-end solutions to support the infrastructure. The opportunities are limitless, and always offer first mover advantage, which we wouldn’t want to miss. 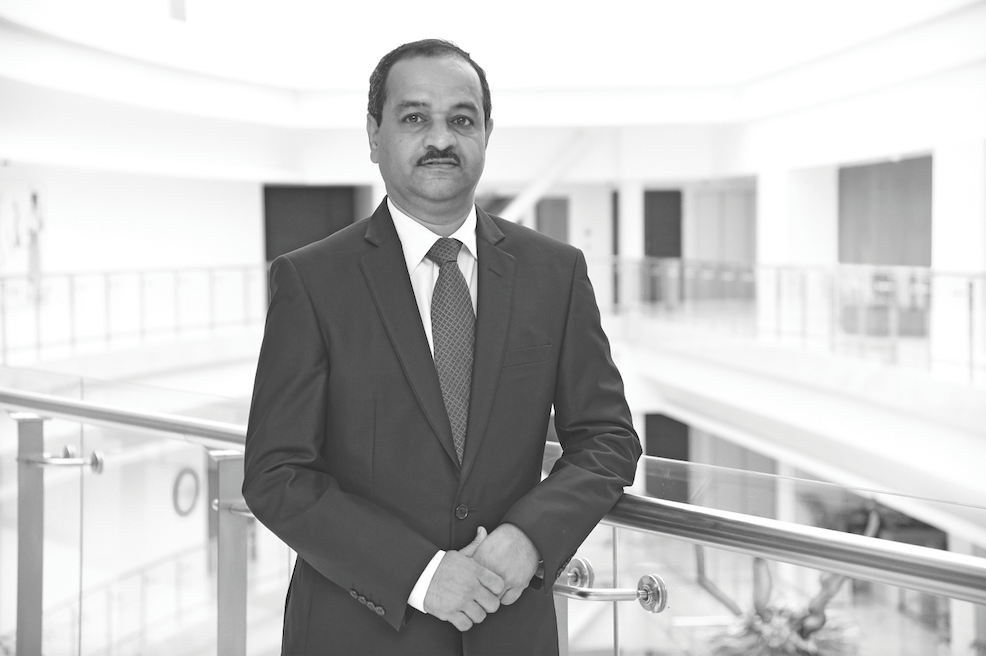 “From previous roles, I’ve understood what’s needed to move bulk material in India and how prohibitive it is to use land and rail routes,” he adds.

“Looking at overseas markets, where water systems are quite prevalent globally, they’re at an early stage of development in India. There’s a great deal of opportunity. Sea routes and waterways are the future and a lot of thrust is being put in by government to develop this.

Within the next couple of years, JSW Infrastructure is all set to have one of the largest coastal shipment ports in India and we’ll be one of the highest users of inland waterways systems.

“It not only makes us cost-competitive, but by having such facilities, it also helps us contribute to the environment with an extremely low level of emissions as compared to any other mode of transportation.”

Currently JSW Infrastructure’s ports and terminals have an operational capacity of 113 million tonnes per annum (MTPA). However, expansion is on the company’s radar with plans to expand its cargo handling capacity to 200 MTPA by 2021.

“We’ll be achieving this through greenfield and brownfield expansion,” explains Arun. In February 2020, the company signed a concession agreement with New Mangalore Port Trust (NMPT) to develop and operate its first container terminal project for 30 years.

With an investment of INR300 crore (US$40 million), the terminal efficiency will be substantially improved resulting in increased handling and storage capacity. It also enables the company to expand its footprint in the container segment.

“By venturing into this, we are stepping closer to having a basket of cargos ranging from dry bulk, liquid, gas and now containers. Diversified cargo mix is also a key factor in deciding any investments,” explains Arun.

“JSW Infrastructure has been largely dominant on the west coast of India, so there is potential to focus on the east coast, with future projects,” he notes.

The expansion plan fits strategically with JSW Infrastructure’s goal to diversify on both coasts of India and have a balanced mix of cargos from Group companies as well as independent customers.

Encouraging the growth and development of internal talent is part of the JSW Group’s vision and belief in developing its own people rather than looking externally. Arun’s own appointment as CEO reflects this and he continues to do the same for the company’s 300-plus strong workforce.

“I’m not from the maritime side of the business. Nor am I from the infrastructure side,” laughs Arun. “But I understand the business operation and the group’s philosophy. I firmly believe in keeping things simple and leading by example makes lot of difference for growth of the company.”

In fact, the company’s strategy of empowering its employees and giving them responsibility to grow as individuals has earned respect and recognition in the industry.

When asked what the key success factors are for JSW Infrastructure, Arun answers easily: “The Group’s brand strength is extremely strong. Each vertical of JSW Group is considered one of the country’s top companies.

Remaining significant and transparent is a key differentiation for us. “But JSW Infrastructure also has its own identity. From the Group’s perspective, we’re seen as a standalone successful business. We need to remain relevant to earn our bread,” he continues.

“We wanted to have our own balance sheet to leverage along with the potential for an IPO and to create value for shareholders. “We’re getting future ready. In all our locations, we are designing the equipment so we’re capable of funding any future growth.”

Steel, cement, energy, ports and infrastructure are considered vital sectors in a growing economy. “All these sectors are growing at a much faster pace in India,” suggests Arun. 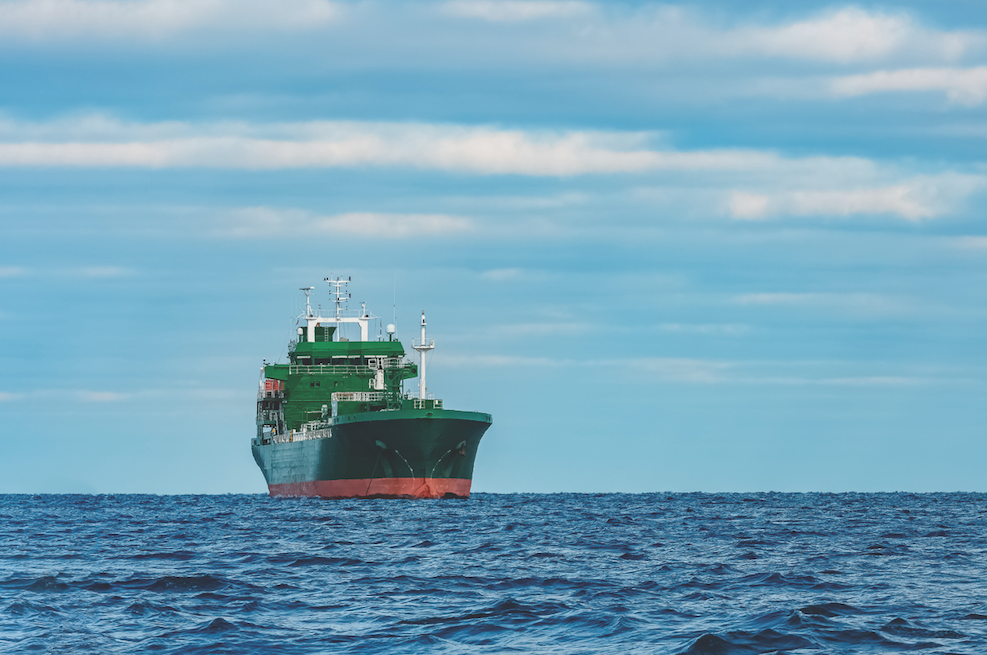 “JSW Infrastructure is in an exciting position to leverage this. We have brand and financial strength and investment is happening at strategic locations giving us an edge over other players in the sector. We’ll have the capacity to handle more cargo and create economies of scale.”

When it comes to stakeholder relationships, JSW Infrastructure refers to its ‘social licence to operate’. The company’s reputation and operational excellence has built long-lasting relationships with customers, partners and the Government and regulators.

As Arun has managed both the customer and supplier side of the business in previous roles in the group, having strong partnerships with both is an imperative for him.

“Remaining competitive alone cannot bring you business. For us becoming the preferred business partner is where our priority lies. This is where we put the effort in,” Arun states.

“Dealing with JSW Infrastructure should be a consistent and excellent experience. We’re customer centric and the way we interact with our clients and partners reflects this. Our performance defines us – JSW has proven we can perform irrespective of the economic cycles.”

The group’s philosophy of being ‘Better Everyday’ is constantly well within sight. “In the past, JSW Infrastructure has been perceived as a captive cargo handling company for JSW Steel and Energy. But in the next two years this landscape will change,” says Arun matter-of-factly.

“We will be seen as an independent company handling multiple varieties of cargo for multiple customers across many different channels. This is my vision.

“Although JSW Infrastructure would like to explore and leverage every opportunity, I’d like to focus very clearly on exactly where we want to stand and talk. I don’t want to spread our wings and not be able to fly high.” 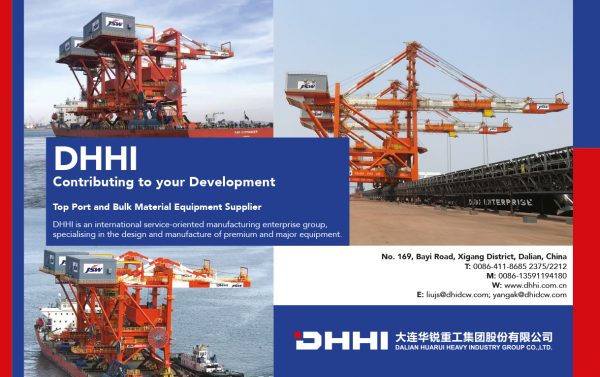 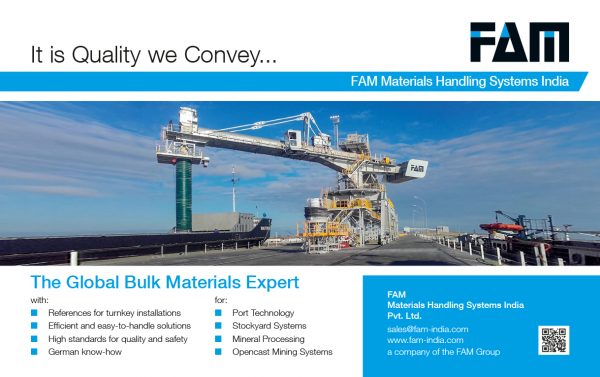