Space and beyond: Dave King 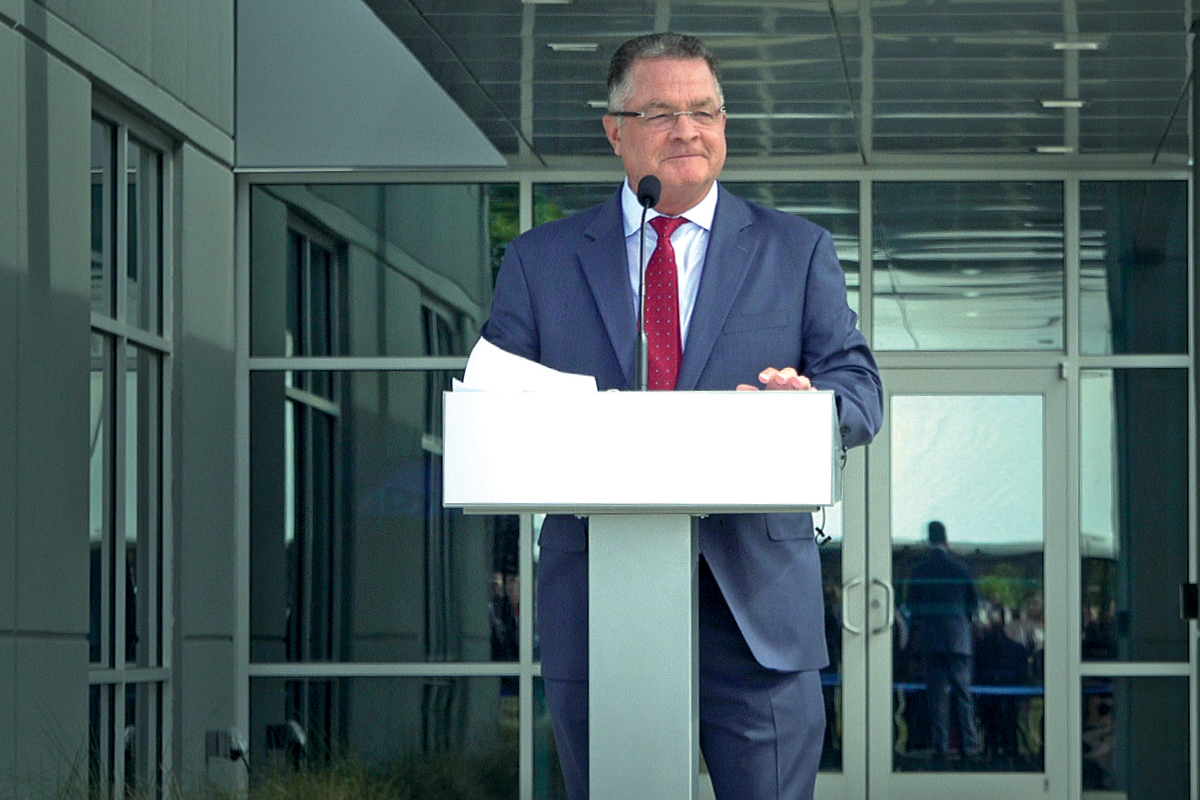 When Dynetics CEO Dave King was seven years old, he watched Neil Armstrong walk on the moon and told his mom, ‘I want to be a part of doing something that hard.’ And today he’s doing just that. Since 2015 Dave has been leading Dynetics, an aerospace and defense company with 2,200 employees, about US$600 million in annual revenue and a 45-year legacy, based in Huntsville, Alabama.

The company’s impressive client list includes the United States Department of Defense, NASA and significant commercial partnerships. “Dynetics takes on the tough problems and that’s probably one of the largest factors in our success. We’re a good fit,” he laughs.

With 30 years of experience in space systems development and operations, Dave’s extraordinary resume features former roles with NASA as Center Director of the Marshall Space Flight Center and Space Shuttle Launch Director, where he played key roles in more than 100 space shuttle missions.

For his significant contributions to the space program, Dave was recognized for his leadership and technical achievements with awards including two NASA Outstanding Leadership Medals, both the Distinguished and Meritorious Presidential Rank Awards, the NASA Medal for Distinguished Service and the NASA Exceptional Achievement Award.

“I was charged with helping grow Dynetics from small to large,” remembers Dave. “We have a deep technical bench from many years of analysis and service work. We understand problems thoroughly, which means we find the best solutions. We’ve now evolved into a full-service company that can solve problems, build hardware, deliver it and field it. I think that is one of the biggest things we’ve done. That’s been exciting for me and a large reason for our growth over the past few years.”

“We hire very sharp people. We like hard problems and we’re small and agile enough to move quickly.”

Expanding Dynetics’ service offerings to become a full solutions provider hasn’t come without pressure on the company’s existing infrastructure and processes. “We’ve had to grow up as a company,” suggests Dave. “We grew our team, built more hardware and implemented more rigor in our business systems and quality checks. We’ve broadened ourselves dramatically and our portfolio is very diverse now.

The ‘people game’ is strong at Dynetics and a major source of difference for the company. “We have people who love what they do and that makes a difference,” Dave suggests. “Our hiring process is very rigorous and we get excellent people as a result.”

A successful business and a challenging environment need strong and confident leadership, which Dave delivers. “I’m a collaborator and love to work with really bright people. I think that’s an imperative and I’m challenged by them in a good way,” he says. “I think you need folk who are good people, who’ll make good decisions and who can do a job with integrity and excellence at the same time.” 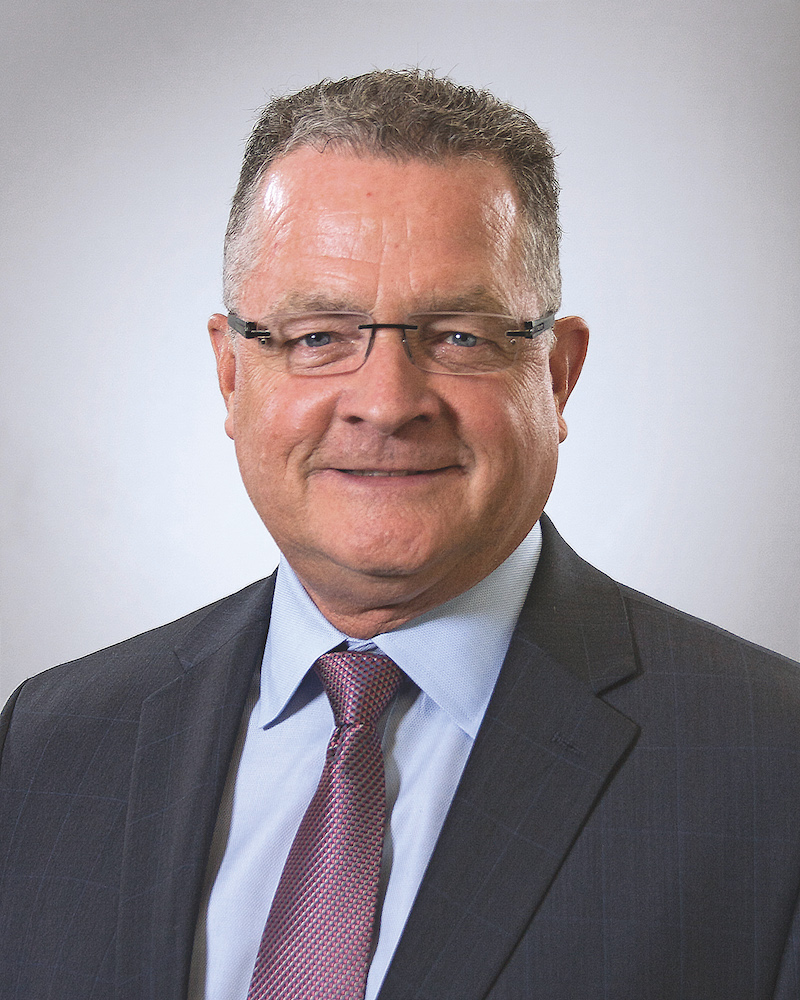 But the road hasn’t always been smooth for Dave – in 2003 he served as an onsite official for NASA during the recovery operation for the 2003 Space Shuttle Columbia disaster.

“I’ve had some hard times,” he recalls. “I was part of a couple of really big failures at NASA. But I’ve realized you can’t be paralyzed by them. You have to pull up your pants, learn what you can and move on. I probably learned more from those failures than I did from our successes.

“Likewise, I learned as much from bad leaders as I did good leaders,” he adds. “It’s important to understand how not to do things.

“But I’ve mostly learned from opportunities that my mentors and leadership gave me. They put me in jobs they probably shouldn’t have, but they didn’t leave me on an island. Instead, they supported me and gave me the tools to figure an issue out, work hard and have success.

“I preach to my team what my mentors told me: ‘Look at yourself in the mirror every day and figure out how you can do better.’”

Civic responsibility and giving back to the communities in which the company operates and employees live is paramount to Dynetics’ core value of enrichment.

Recently, in celebration of their 45th anniversary, the company donated US$55,000 across three different community organizations, showing employees it’s better to give than to receive. “We believe we can be a better company if our community is stronger,” states Dave.

“Our responsibility is to do business with integrity and good ethics and set an example for others. We care deeply about that and work hard to achieve it.

“Our responsibility is to do business with integrity and good ethics and set an example for others.”

“We want our people to grow as the company grows.” Dynetics has worked hard at building strong strategic partnerships with key suppliers and encourages staff to work with suppliers who offer the best value regardless of economic size.

“We want to do business with folk you can trust, who treat you with respect and who you can lean on in tough times,” Dave says. “This is something we diligently try to do and we want the same from our business partners.

“There are huge opportunities out there – the world is big and we’re still small, so we have lots of white space in front of us,” Dave suggests. “I really enjoy being part of something bigger than me – it’s about what we can do as a group and accomplish together. We think hard about what’s going to happen in the future and then pursue things that will be successful a year or two, or three, from now.

There are some people who inspire from the work they do, and there are others who inspire because of who they are, and Dynetics is lucky that Dave King is both. 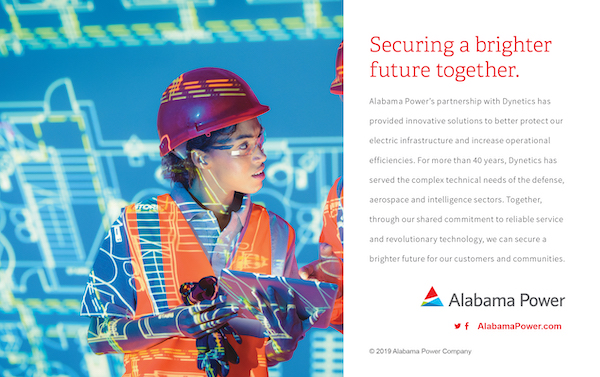