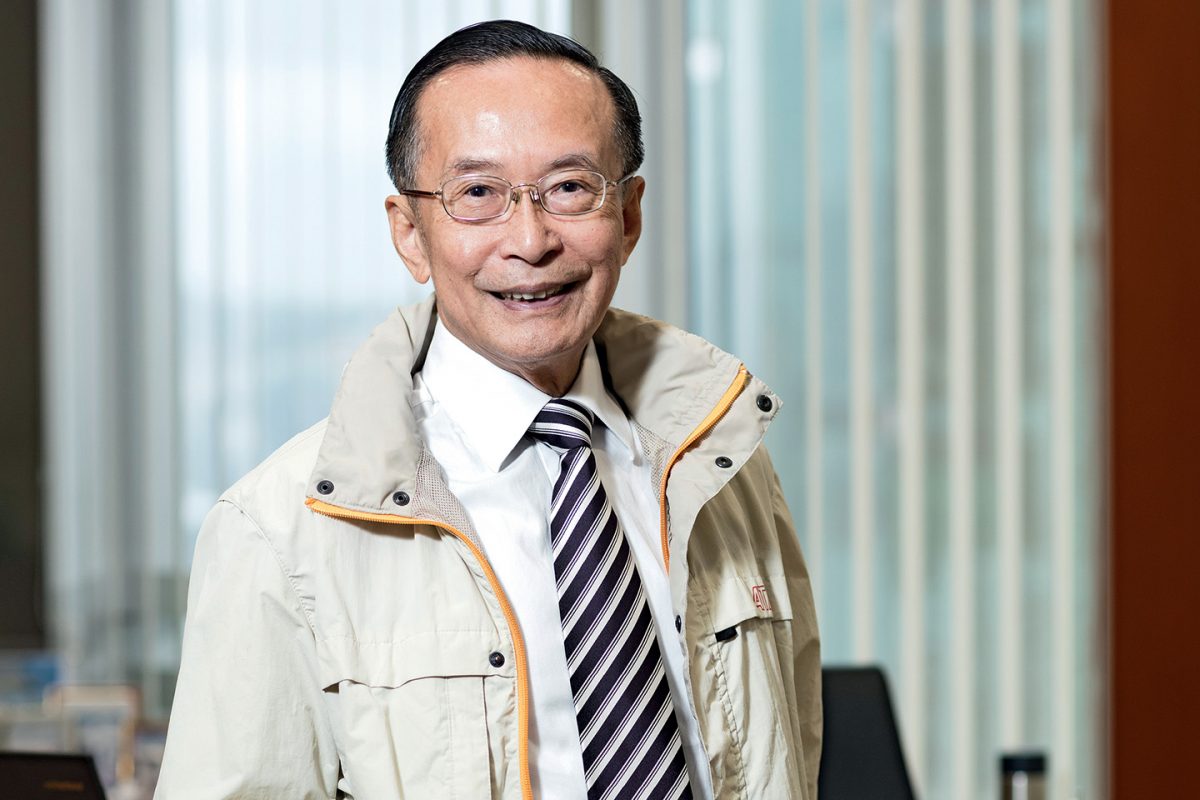 According to avid sailor Otto Lok-to Poon, there is a direct correlation between sailing and managing a business. “Anything that happens in a sailboat is a challenge to your skill, and both sailing a boat and running a business need team cooperation and discipline to make progress,” he asserts.

Otto would know. He established ATAL Engineering Group in Hong Kong in 1977 and has steered the company through both rough and smooth waters ever since. His steady hand on the tiller is evidenced by the wide-ranging success of the company in that time.

He began as an apprentice at the age of 15, before spending more than five years studying and working in the UK. After returning to Hong Kong, he worked for a few British and Hong Kong engineering companies and then branched out on his own by establishing ATAL Engineering.

“I developed the company from a one-man show to what is now a thriving electrical, mechanical and ICT engineering group in Hong Kong, with a presence in China, Macau, the US and some European countries,” Otto reflects.

Now with a staff of about 2,400, Otto has stepped up the company’s efforts to gain a larger footprint in Asia and the US, where the company recently announced the acquisition of an interest in Transel Elevator & Electric in New York.

“Hong Kong is a matured market and the growth potential is limited. We have outgrown ourselves in Hong Kong and we need to explore other markets,” he says.

“Our strategy is on three fronts – we would like to grow the company in new technologies, new markets and a new business model. We have been talking with the company we acquired in New York for more than two years. I think it’s a meeting of the minds, and the cultures of our company and theirs are similar. And, more importantly, we are both dedicated to the lift and escalator business.

“We have a factory in China that makes escalators and lifts; in Hong Kong we sell and service lifts. The New York company has a strong presence in the Manhattan area, servicing more than 2,000 lifts and escalators. In Manhattan, there are a lot of high-rise buildings and it is the largest and oldest lift and escalator market in the world.”

As an engineering firm, ATAL is a large consumer of natural resources, which long ago fired Otto’s interest in sustainable development. He has pursued this interest to the point of driving major change in the company’s operations and ambitions, using technology and innovation to minimise resource consumption, but also to assist other companies to do the same.

“When the Hong Kong Government first appointed me Chair of the Energy Advisory Committee and also to the Council for Sustainable Development, I tried to understand the relationship between engineering, energy and the environment in general,” Otto says.

“I developed my interests in these scenarios about 20 years ago. “I was also Immediate Past Chair of the Hong Kong Climate Change Forum, which is specifically looking at how energy and our way of life will affect the climate. One conference I attended was COP 23, UNFCCC, where the Paris Agreement was reached. I have since taken an even deeper interest in the relationship between energy, our way of life and climate change, and how we can mitigate or adapt to the change going on around the world.”

Otto’s personal interest has morphed into a companywide drive for greater environmental performance. The company has a presence in nearly all the wastewater treatment plants in Hong Kong and in numerous plants in mainland China. 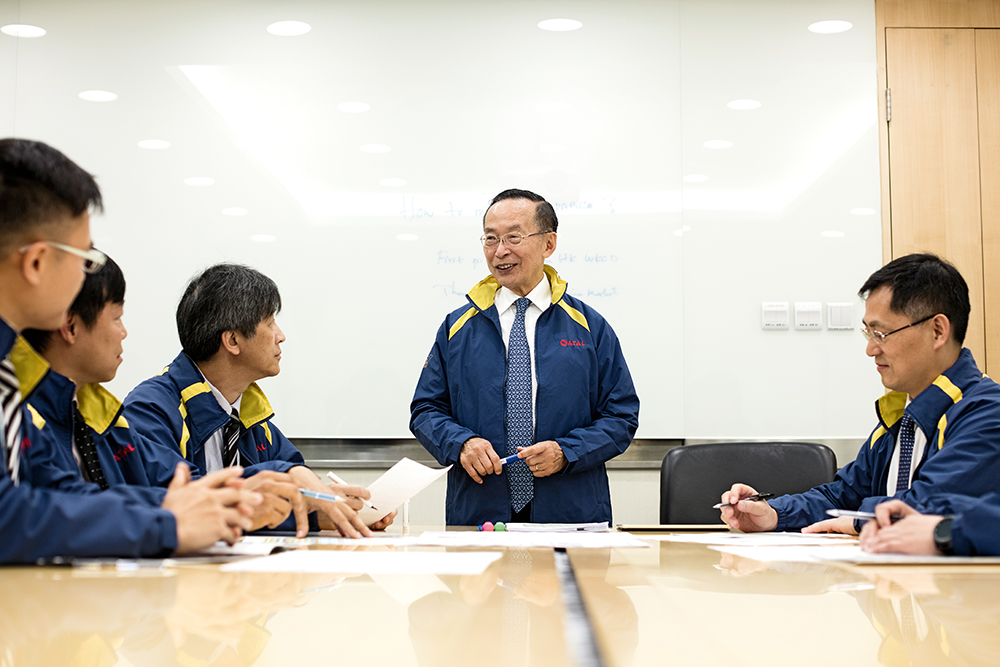 Its largest plant treats 2.48 million cubic metres of wastewater every day and is the world’s fifth largest. There is enormous potential to be realised for ATAL in this field. In the most recent policy address in China, where there are more than 3,000 wastewater treatment plants, the government raised its performance requirement from Level A to Level AI, Otto points out.

“That means that all those 3,000 plants have to be upgraded to a standard higher than in Europe and the US,” he explains. “We foresaw that coming. In the past few years, we have been working with universities in Shanghai, Beijing and Hong Kong, along with nanotechnology companies in Hong Kong, for cutting-edge technology. We now have a process that can upgrade the level of treatment with a small footprint, low energy consumption and low chemical consumption.”

ATAL Engineering has formed an R&D team to look at big data, data analytics and AI, and committed a lot of resources to explore new opportunities, in cooperation with the Hong Kong Polytechnic University and The Hong Kong University of Science and Technology. “It is a growing business,” Otto says.

“We have already started pilot plants in buildings in the private and government sectors with IoT infrastructure so they can move into a big data environment. We believe this is the future.”

What is Otto’s outlet after hours? He responds quickly, “I like sailing – I like it for the challenge. I also sail with young people. We have great trainees in the company and I often invite five or six to join me on my boat.

“The challenge for the team is that everyone has to look after the boat. More than that, when graduate trainees come on my boat for hours, we talk more than wind and tide; we also discuss the changing social and business environment and how best to weather the challenges.” Otto has set his course for new horizons. 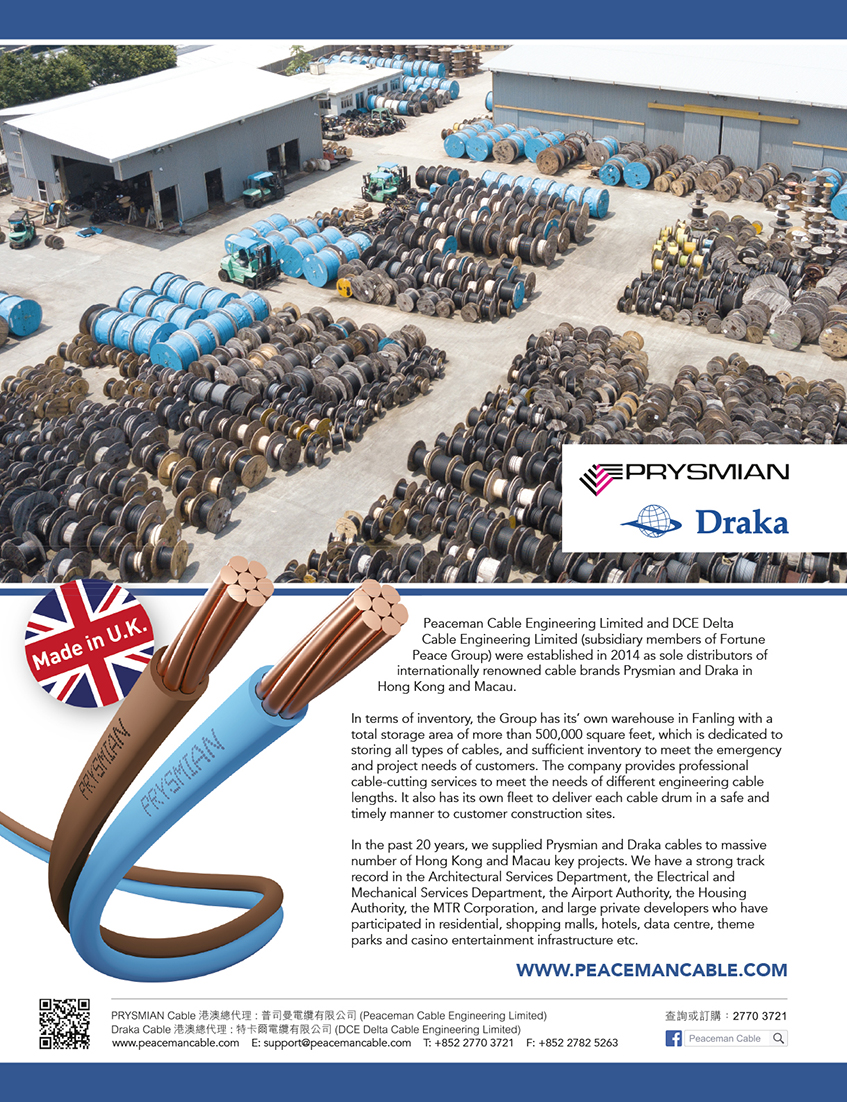