Fail-safe for the future: Russell Palmer 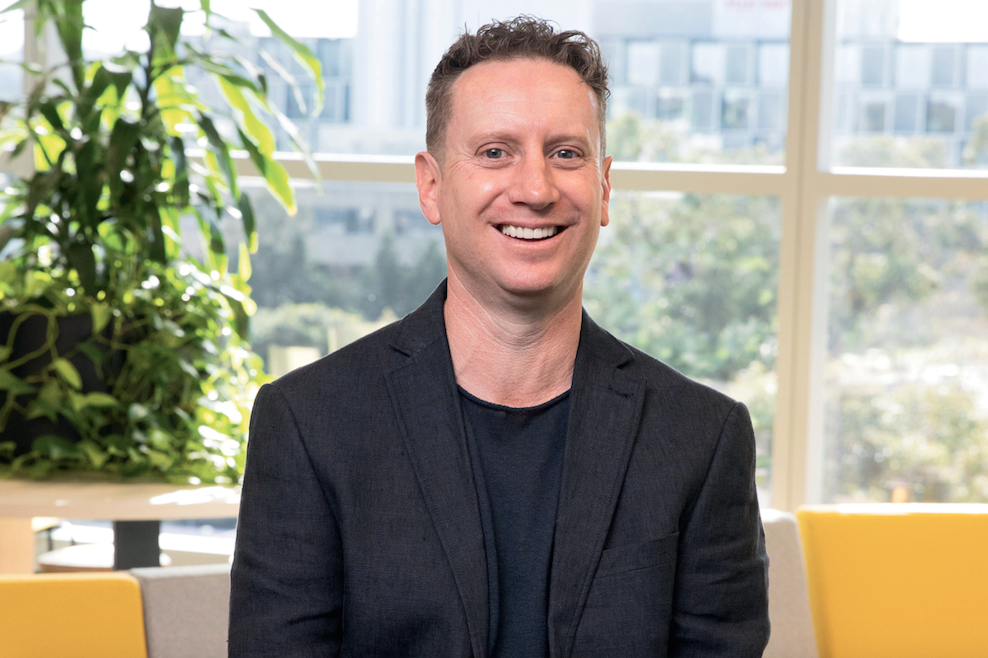 To put some kind of positive spin on it, the COVID-19 pandemic, while massively disruptive to every business, has also provided a salutary lesson in shoring up weaknesses revealed by its sudden outbreak.

Most businesses were simply not geared to withstand that kind of shock. For Managing Director of Yokogawa Australia and New Zealand Russell Palmer, it’s a vindication of the Japanese company’s insistence on rigour in every facet of its operations.

Yokogawa provides industrial automation, testing, engineering, project management and maintenance services to the oil and gas, LNG, mining, water, power and energy, and paper and steel industries, among others, ensuring they remain operational whatever the circumstances.

Its Australian subsidiary celebrated 30 years of operations last year and its New Zealand business celebrated 20 years. Russell has been with the company for 22 years and has witnessed how the company’s obsession with thoroughness has paid dividends over that time.

“We’re resilient, and proud that our business is founded on providing service and safety 24 hours a day, seven days a week,” he says.

“In some ways, we’ve been more prepared for the current crisis, as our technology and business processes are inherently resilient to this type of problem. We’ve been focused on a we’ve-got-your-back type of approach, but commitments are always a two-way street.

“We’ve put a lot of emphasis on ensuring our local operation in Australia and New Zealand is ready for these types of black swan events, and we have agreements in place with industries that show a commitment too. It’s a bit like insurance, in that you don’t really know how much you value it until the time you need to make a claim on it.”

It’s just as well. Yokogawa plays a critical role in our everyday lives, with clients in industries that keep the lights on, the water running and much more. But Russell points to cracks in corporate Australia’s modus operandi that can threaten our way of life.

“I think we’ve faced a challenge over the past 10 years,” he points out. “The whole of Australia has a very poor corporate memory because we’ve had nearly 30 years without a recession, so many people in procurement and supply chains have never had a black swan event. So, progressively over the years, these types of commitments have been weakened because it’s seen as just an overhead. Offshoring, from call centres through to just-in-time supply chains, is extremely fragile in hindsight. It’s that paradox of trying to adopt a ‘she’ll be right, mate’ attitude until the point where she’s not.”

Companies in essential industries like power generation, water distribution, and food and beverage find value in partnering with a global company, says Russell. This is because it’s about trust, backed by a local team that’s based all over Australia, not just in one part of the country.

“We’ve been challenged on that over the past few years – that centralisation and distribution of people all around the country is not necessarily the most efficient way of doing it – but we’re about making sure that there are resources available all the time,” Russell says.

Yokogawa’s bank of knowledge in so many industries puts it in a position to ‘cross-pollinate’ innovative ideas where they can be applied. That ability is to every industry’s advantage, providing a guiding hand towards more intelligent operations.

For instance, the company’s initiatives in the oil and gas industry can be applied to Australia’s resources sector, so that companies with remote mine sites can operate as a single, integrated business.

“We’re certainly seeing a significant increase in people coming to us about more intelligent ways of operating their businesses, as well as a bit more consideration about backup plans. Certainly, the COVID-19 situation has unearthed an underlying time bomb,” he reveals. 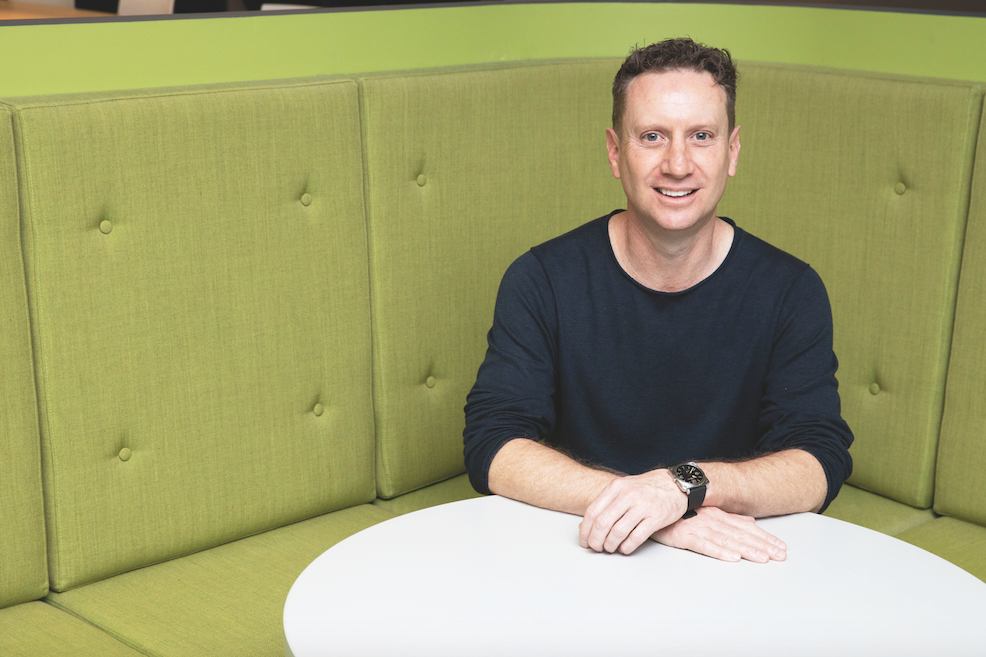 One strategy is to log the procedures of highly skilled operators and build a decision support system – a kind of autopilot – that will provide less experienced operators with the same level of expertise without the person being there.

“We’ve spent 30 years getting ready for a crisis because we do automation for 24/7 operations. Now is the time for companies to dust off some of those digital transformation and automation projects that they’ve been thinking of doing to make sure they’re more resilient in the future,” Russell explains.

“What we’re trying to do through our digital transformation program is to embed 30 years of learning into that transformation so that clients come out not just digitalised but better. If you’re making decisions based on, say, a dashboard, it’s fundamentally still the same decision and that’s not really improvement. If it’s just a newer version of what you’ve already got, it’s not really moving the process forward.”

Rather than take a company on a complete digital transformation, Yokogawa might identify one sector of the business and deliver a measurable improvement to it.

“We’re looking at IIoT as very much an evolution in automation. It’s not the next great thing – it’s just more of a great thing,” he says. Yokogawa’s global lead in engineering technology makes it an attractive employer for young graduates looking to make a real difference.

To mark its 30th anniversary, Yokogawa Australia and New Zealand established the Mitchell Graduate Program in honour of its founder, Barry Mitchell. Russell is impressed by the graduates he meets.

“I see a lot more graduates interviewing companies than the companies interviewing graduates,” he says. “When they come to us, graduates are very interested in asking, ‘What is Yokogawa’s commitment to social value and how can I contribute?’ ‘How will my role help make the world a better place?’ And, ‘Is Yokogawa committed to sustainable development goals?’ Although they see the job as important to them, its clear that the future of our planet is even more so and it’s really refreshing.

“This aligns well with our focus on supporting emerging technologies around hydrogen, lithium and rare earth resource projects globally, as well as battery storage developments and pumped hydro. While we were born from the heavy petrochemical and hydrocarbon industries, we are now making those industries as efficient as possible, including working on a number of carbon capture and storage projects.

“But we’re also working with hydro-electric, pumped hydro and other environmentally aware companies, so we’re seeing a trend towards a much more renewable economy. All these new technologies need a much higher level of automation and intelligence, and a lot of the technologies from traditional energy and resource processes can be applied to these new industries. I think it’s those industries that attract graduates to Yokogawa.”

With years of travel around the world and working in remote locations under his belt, Russell is no stranger to a challenge. In fact, he thrives on it because it drives new thinking, he says.

“In order to continue to innovate, you need to be constantly challenged. I like to be constantly challenged by the 300 people who work here. We encourage an innovative culture, which includes taking yourself out of your comfort zone. I’ve done a number of things I knew I was not going to like. I did a corporate performance course at NIDA a few years ago, which was uncomfortable, but valuable.”

Not all exploits end well, but Russell is not deterred by setbacks in life or business. They’re a teacher, he says. “There’s no harm in failure. I think that’s where you learn the most,” he says.

“In business, you’ve got to make decisions based on all the knowledge and experience at that point. Not making a decision isn’t a decision – that’s just sitting on the fence. If it’s wrong, stand up and say, ‘That was a bad decision, but I’m going to change it.’

“I think too often, people make a decision and then they’ll stand behind it even after it’s proven to be a bad decision because they don’t want to be seen to be backing down. Don’t be afraid to have some humility and don’t be afraid to fail. But regardless, make a decision and move on. Learning from past mistakes and improving for a better future is crucial, a lesson we all need to heed in light of what’s been happening in 2020.”