All in it together: Stanley Tsang Wise Ally International Holdings CEO Stanley Tsang has one simple tip for how to boost a team’s engagement and commitment to a company: train them to realise that they are “the real stakeholders”.

By investing in employees and cultivating a culture of ownership, reciprocity, responsibility and pride across the whole company, staff will be more willing to become invested in the company’s success.

“I always want my employees to remember that they’re not just working as staff in the company,” Stanley explains. “If you don’t see it as your company, you won’t actually care whether the company is making money or not. You would only really care about it if you were getting paid each month. By carrying out the mindset of ownership, you make the employees passionate about it – they come to love the company because it’s their company.”

And it’s not exclusive to his subordinates either; this is an outlook that Stanley ensures he applies to himself as well. “I behave as though Wise Ally is my own company,” he says. “I develop the people. I develop the business.

“It’s like taking care of a child. I treat Wise Ally as my baby. That’s how I maintain a passion to continue growing the business.” Given he’s been working for Wise Ally and the former parent company of Wise Ally’s business, Defond Holdings, for more than 15 years now, it’s glaringly obvious that this attitude works – especially as Stanley is quick to express how much he loves what he does.

While he grew up in Hong Kong, Stanley describes how his time spent living in the US for university was formative in developing his approach to business and providing him with vital tools that would eventually help him become the highly respected leader he is today.

“I was totally alone without any family or friends from back home, so it was actually really good for my personal development because it forced me to be very independent,” he explains.

By carrying out the mindset of ownership, you make the employees passionate about it – they come to love the company because it’s their company.

“I really enjoyed my life there, perhaps because in some ways my mentality is more Western. And all of my friends there were actually Americans, not people from Asia. So it also gave me an international outlook and taught me to consider other people’s ideology and opinions, even when they differ from yours.”

With a bachelor’s degree in accounting and business administration from Seattle’s University of Washington under his belt, Stanley cut his teeth in the industry as an auditor for four-and-a-half years in Hong Kong at esteemed accounting firm Arthur Andersen.

His next role was working initially as an accounting manager and later as a director of finance and administration for a US subsidiary, Digital Lighting Co, manufacturing lighting products for the following four-and-a-half years. 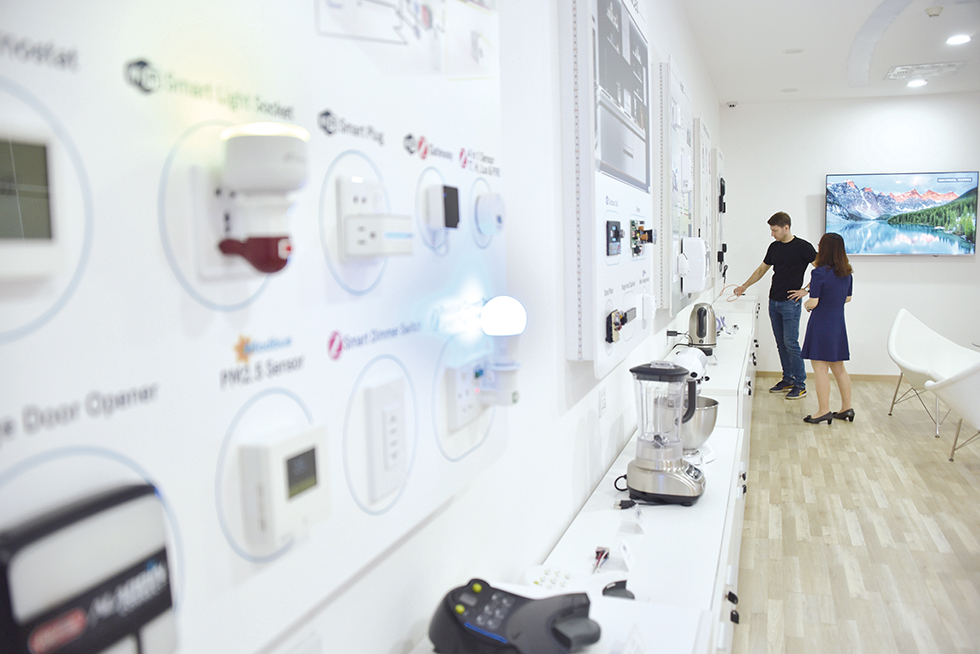 In 2005, he found his ideal role with Defond Holdings, and once he joined the family, his progression within the company was undeniably swift. “When I started my career at Defond Holdings, I was appointed CFO,” Stanley says.

“My major responsibility was more focused on the overall financial functions and analysis for management. But since I joined the company, the overall Defond Holdings world has been changing. I restructured a lot of aspects. I built the supply chain and business development departments.”

In 2007, Stanley was promoted to COO, a role that saw him responsible for supply chain management and the overall operations in China. It was a big step, and one that, ultimately, allowed him to prove that he was the right person to take on Defond Holding’s biggest new project – the formation of Wise Ally.

“Before the existence of Wise Ally in 2010, we only had one factory manufacturing what we call ‘the components business’,” he says.

“The majority of the processes are more mechanical, but the world is increasingly moving towards more electronic action, as customers want to be able to do things remotely. So that’s why we started the electronic manufacturing services business and set up another new factory area in the Dongguan area to do this side of things. And that’s how Wise Ally was born.”

Unsurprisingly, Stanley was appointed CEO and Director of Wise Ally, in addition to maintaining his position of COO for Defond Holdings. He juggled both roles through until 2015, when he focused his full attention on developing Wise Ally’s business. Wise Ally was subsequently listed on the Main Board of the Hong Kong Stock Exchange in January 2020, and Stanley continues to serve as CEO and Executive Director of Wise Ally. Today, Wise Ally prides itself on being one of the industry leaders in providing everything from engineering expertise and solutions to design optimisation for global companies.

It boasts an extensive variety of services, including design and development, co-development and full turnkey contract manufacturing services of multifunctional modules, electronics assembly and finished products.

So much depends on how good the relationship is with your suppliers.

From here, Stanley is looking to expand the company, adding extra value with new services and potential growth through acquisition, as well as developing and utilising the Internet of Things.

Stanley admits that it’s been a complicated process transitioning Wise Ally’s image from just being an electronics manufacturer to a medical and technological provider, but they’re past the hardest part now.

And while COVID-19 may have thrown a slight spanner in the works, Stanley believes the business will ultimately emerge from this turbulent time better than ever, viewing it as a growth opportunity rather than a death warrant. As most companies downsize, Wise Ally is expanding departments and improving offerings in order to prepare for the years to come.

It’s a move that exemplifies its confidence both in its products and as a business overall. This is in part thanks to the company’s rock-solid relationships with key suppliers – collaborative long-term partnerships that will endure long beyond the pandemic. “Especially in times like these, so much depends on how good the relationship is with your suppliers,” Stanley says.

“We really prioritise nurturing these partnerships. “We have a transparent dialogue and utilise intelligence from our key suppliers, and we always ensure that we follow through with any requests. Honesty and trust are essential. And with them by our side, we know that, ultimately, we’ll be the last ones standing.”