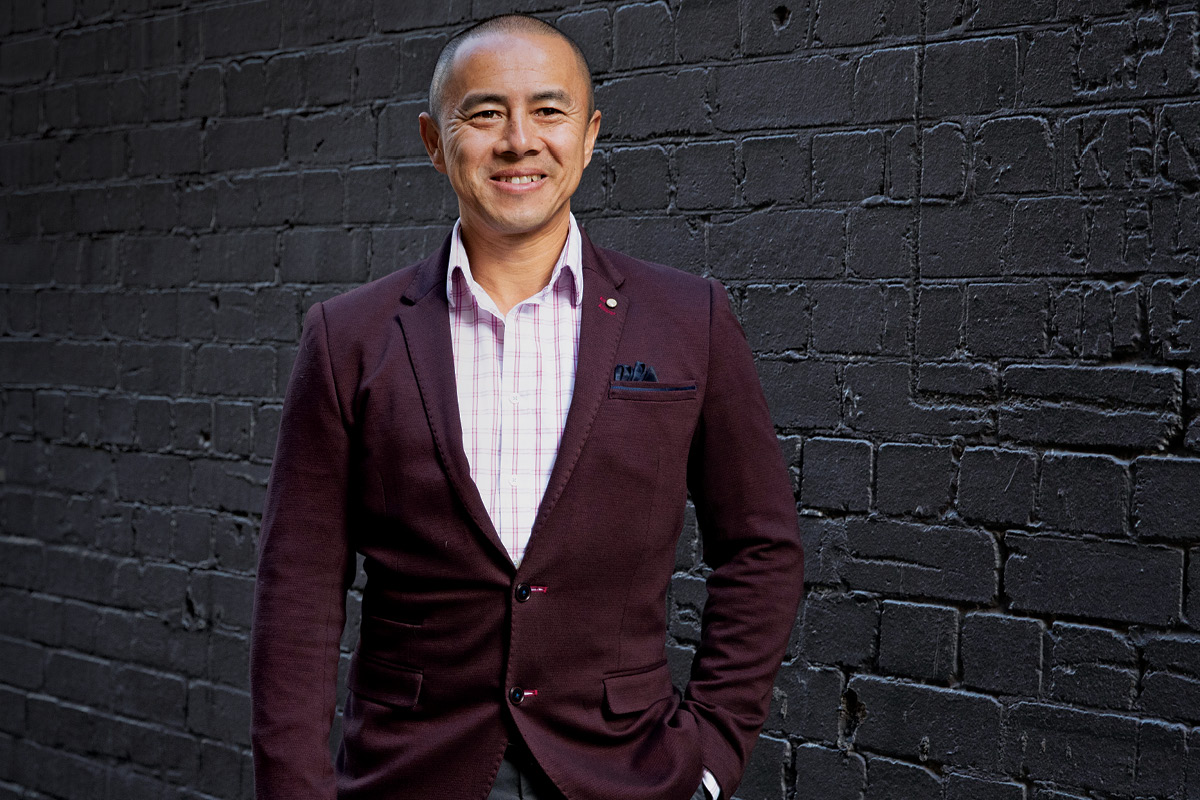 If you’re familiar with the gaming world, the magnitude of titles like Assassin’s Creed, Far Cry, Prince of Persia and Just Dance will not be lost on you. The creator of these famous franchises is Ubisoft – a world-leading producer, publisher and distributor of interactive entertainment products and services, founded in France in 1986. Now with a workforce of more than 14,000, the company boasts the second-largest creative force in the industry, with more than 80% of its team dedicated exclusively to the creation and development of its entertainment portfolio.

A senior player in the Australia and New Zealand games industry for more than 20 years, Ubisoft ANZ Managing Director Edward Fong’s affinity for gaming and entertainment started in the arcade parlours of his youth. “That was well before video games like Space Invaders came out, so I might be revealing my age here,” he laughs. “I was never a hardcore gamer but what got me into the entertainment industry initially was my love for movies and the fact that you’re always working on something different. I never expected to make a career out of it.”

Edward’s marketing background helped him get his foot in the door at Sony Pictures, as Marketing Manager of its home entertainment business. He then worked in a similar capacity for gaming giants GT Interactive and Atari, before making the move to Ubisoft in July 2002. His first role was as the company’s Marketing Director and he went from strength to strength, eventually earning the position of Managing Director in 2007.

“I count my lucky stars every day that Ubisoft had the faith in me to make that jump. My philosophy has always been to be ready and able to take that next role, even before it becomes available. There are no free rides here, you really have to put in the hard work.”

That same year, Ubisoft launched the original Assassin’s Creed, which quickly became one of its largest and most successful brands. “Our national and global growth trajectory went through the roof,” recalls Edward. “We more than doubled our local team here in ANZ and profitability has soared as the games industry continues to grow.”

Building on this momentum, the platform-agnostic company has continued to fight off competitors and form partnerships with the likes of Sony, Microsoft and Nintendo to deliver a steady stream of games and services. “We lend our services to whichever platform the game is most suited to. This requires a very open dialogue and collaborative approach because they need us as much as we need them.”

Edward explains that through technology the games industry has the ability to completely reinvent itself each time a new console comes out. “Look at what Nintendo Wii did for gaming – it removed the barrier of being confined to a controller and allowed people to use their body as the controller,” he says. “The first video game my father ever played was Wii Bowling. He’d never touched a controller, let alone a games console, in his life before, but then that barrier was removed and it became a natural thing that almost anyone could do.”

Always focused on what’s next, Ubisoft is looking at developments in virtual reality, augmented reality, blockchain and even voice-driven technology. “While the physical product market is extremely strong and still growing, it’s certainly not growing as fast as the digital side with online content delivery, cloud gaming and streaming,” Edward notes. “It’s also interesting to see how consumer behaviour is increasingly dictating the type of content we deliver. We’re competing against movies, music, Netflix and, of course, social media. It’s a fight for eyeballs.” 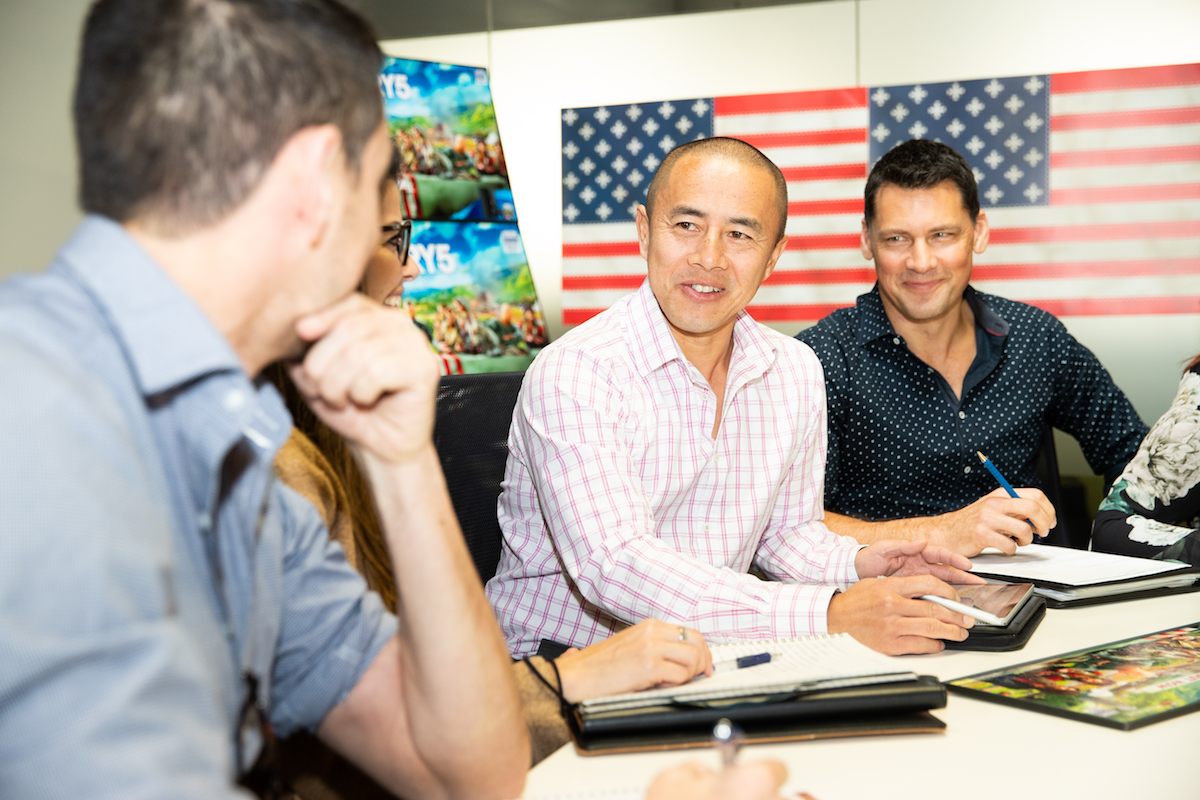 Edward says Ubisoft’s continued growth and success over the past 30 years is thanks to its distinctive culture. “We’re renowned for nurturing a conducive, collaborative and creative environment. Having played in and coached a lot of team sports, I’ve learned that every person on the team has to know what to do and when to do it – without the coach having to run onto the field and kick the ball himself,” he says. “The culture we’ve created here at Ubisoft ANZ has gained a reputation for proactivity and productivity among our subsidiaries and studios worldwide and it’s one of the driving factors behind our high staff retention rates.”

“The culture we’ve created here at Ubisoft ANZ has gained a reputation for proactivity and productivity among our branches worldwide.”

With two sons aged 18 and 20, Edward is interested to see how young adults interact with the world and what motivates them in their work. “I’ve always been a great observer of people and behaviour, and the digital natives who are coming out of college today are evidence of the generational change. This presents a challenge for managers and mentoring teams on how we can cater to their changing demands, expectations and motivations,” he says. “It’s not just about money anymore. They want a positive workplace environment, a good culture and a social cause.”

For these reasons, Edward says when hiring staff he spends most of the interview process focused not on technical skills, but on the candidate’s soft skills, shared values and their willingness to learn. Already a well-oiled machine, Ubisoft ANZ engaged Brandheart’s Glen Campbell to grease the wheels and provide insight on enhancing personal performance with its team. “We engaged Glen to help us build a framework for staff to optimise their performance and efficiency,” explains Edward. “We always want people to add value to the company, but the cultural fit has to be there. We have to stay on our toes and ensure that we’re always improving.”

As a leader, Edward says authenticity and transparency are king. “It’s about leading by example – you have to walk the talk. I would never tell someone to do something that I wouldn’t do myself. Soft skills are more important than ever before. You can no longer move up the ladder based solely on what you’ve done – it’s also about how you did it.”

Ubisoft arms its people with the skills to deal with challenges both inside and outside the workplace. “A balanced operator will be agile and adaptive to whatever obstacle they face. In today’s business world in general, and in gaming in particular, if you can’t roll with the punches or take a hit on the chin and bounce back, you’re not going to be here for very long. This is the philosophy I live by, and it’s something I try to instil in every one of my employees.”


In April this year, Ubisoft announced that Far Cry 5 became the fastest-selling title in the franchise’s history – second only to Tom Clancy’s The Division – with US$310 million in consumer spending in its first week. 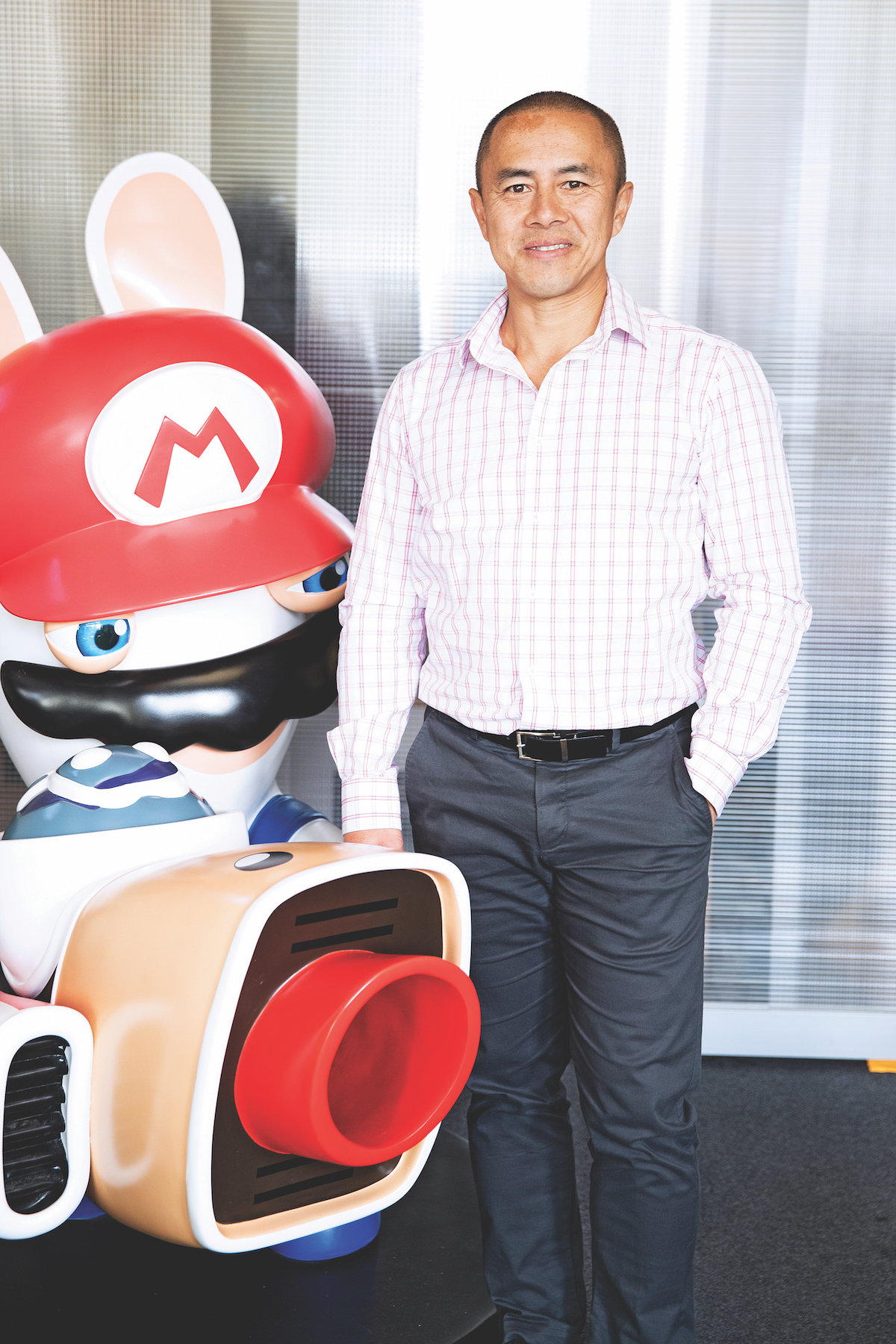 With its own entrepreneurial roots, Ubisoft is a strong supporter of techno-creative start-ups and initiatives in and around the gaming and entertainment industries. “Our founder Yves Guillemot is a great visionary, and his entrepreneurial spirit continues to permeate the entire business. We run an incubator program overseas and we’re working with experts in blockchain and virtual reality to foster that start-up environment,” says Edward.

“In Australia, I’ve been involved with start-up organisations like Slingshot, which runs its own incubators, and I always make time to offer mentoring services to those who need it. Anyone who gives me a call and asks me for advice, I’ll always try and make time for them.” In addition to being a long-time Ubisoft board member, Edward also sits as the Chairman for the Interactive Games and Entertainment Association (IGEA). Since 2010, he has helped drive industry-wide change and deliver numerous gaming community initiatives.

“It’s important to nurture and promote creativity and entrepreneurship because it makes this industry what it is. Without it, we’d be stagnant,” he notes. Edward and the IGEA continue to push the Australian Government to provide the gaming industry with the same generous support it shows the movie industry.

“It’s important to nurture and promote creativity and entrepreneurship because it makes this industry what it is. Without it, we’d be stagnant.”

Home to more than 200 small- and medium-scale developers, Edward says the Australian games environment simply isn’t conducive to investments by large publishers due to a lack of supportive economic infrastructure. “We’re not looking for a hand-out,” he clarifies. “The government has been talking a big game when it comes to innovation, but they haven’t quite delivered on their promises yet – there’s definitely more it can do to support creative industries like ours. This means helping create jobs in game design, supporting small-scale developers and ultimately realising the exciting growth potential in Australia.” 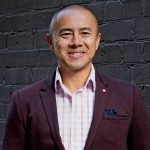