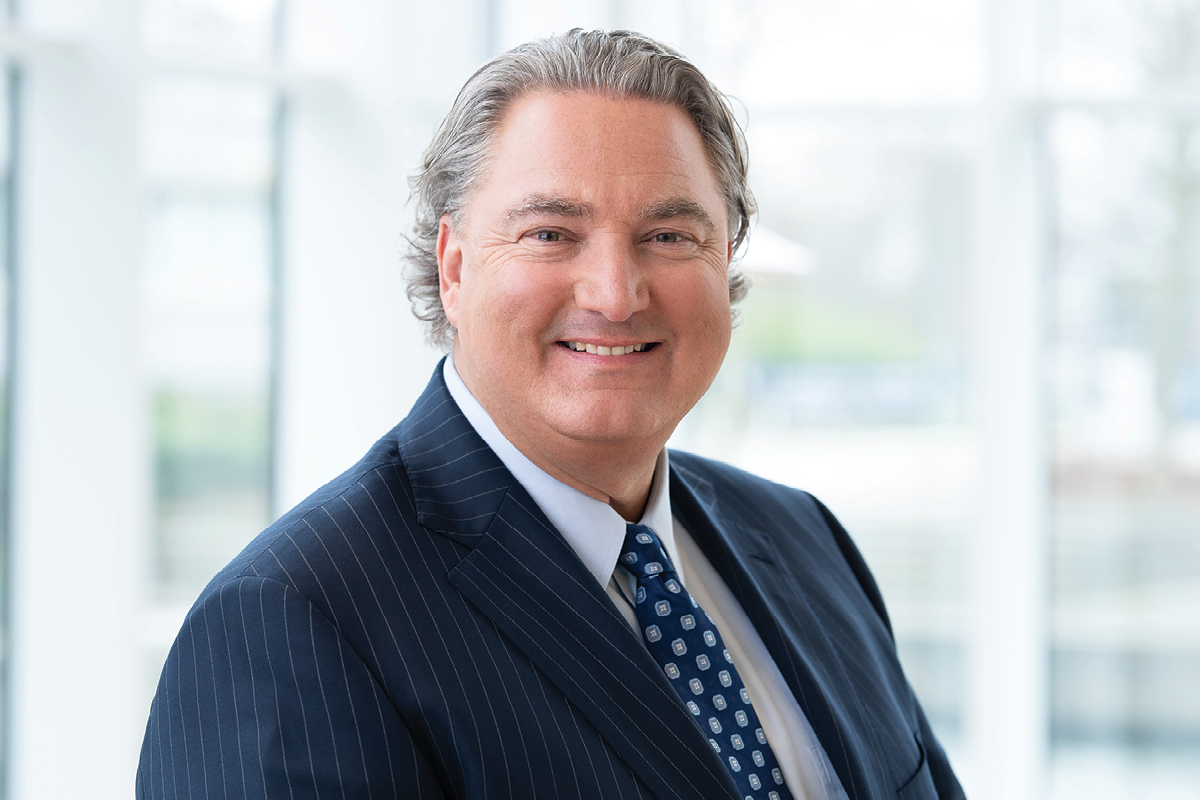 Striking the right balance between responsibility to customers and commercial success can be tricky, but Holland Casino has smoothly done so, growing to 14 locations around the Netherlands since its inauguration in 1976.

As Chairman of the Board at Holland Casino, the Netherlands’ only gaming venue that holds a casino licence, Erwin van Lambaart is undoubtedly at the heart of the company’s success – although he himself puts this enviable growth down to a quality not usually associated with casinos: guest-centric hospitality and innovativeness.

The Dutch government is expected to activate the Remote Gambling Act in July next year. This will allow firms to apply for licences to run online gaming platforms, which can be opened as early as January 2021. Holland Casino is keen to jump on the bandwagon.

“It’s a great opportunity for us because when it’s combined with our physical gaming locations, we will become one of the very few companies with an omni-channel strategy,” Erwin says.

“Nobody knows exactly how big the online gambling market is today in our country because it is still illegal. But one of our surveys estimated it to be worth at least €600 million a year.”

There’s also the fact that Holland Casino is keen to appeal to guests of the millennial mindset, with experience zones named ‘NXT’ already launched in one casino and more to come in the future.

But there’s no getting away from the fact that the casino business is still plagued by sometimes negative perceptions. Erwin recognises that ensuring guests enjoy themselves without taking unsafe risks would go a long way in changing this, which is why Holland Casino has invested so much in its responsible gaming policies. 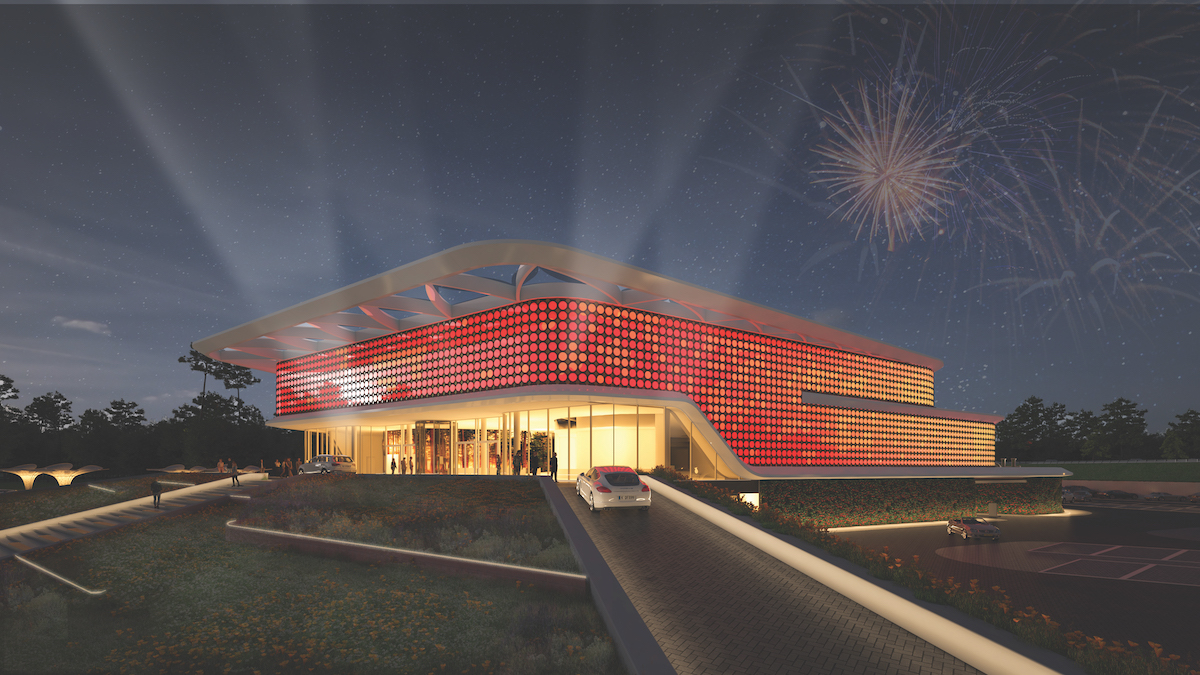 “The casino industry is very well regulated in Europe, especially in the Netherlands,” he explains. “However, the policies we have were not put in place because we had to, but because we wanted to. We truly care about every single guest coming through our doors. If this means telling someone that we think it’s better for them not to visit us for a while, we will do that.”

To illustrate his point, Erwin says, “We are very reluctant to market our products to people who are between 18 and 24 years old because we know that this is a vulnerable group. For guests within this age group, we make sure we have a contact moment on every sixth visit from them. We will ask questions about how they are doing, why they visit us and if they have a job.”

Erwin believes that with the right regulations in place, casinos can become an integral part of every city. “People will always be fascinated by gambling. It’s human behaviour. The Greeks began gambling thousands of years ago; we will continue to gamble thousands of years from now, even if we are living on Mars,” he suggests.

“I think having a legal, responsible and attractive alternative to illegal gambling is one of the most important reasons for the existence of Holland Casino. It is crucial that gambling is made open, transparent and accountable to the society it is a part of.”

“It is crucial that gambling is made open, transparent and accountable to the society it is a part of.”

In addition, Erwin has also identified the millennial generation as one with a lot of potential – but his definition of the demographic that makes up the generation is rather unusual.

“I don’t believe that the millennial generation is purely based on an age group. I believe it should be defined by behaviour. A millennial person is outgoing, willing to truly connect and has a high level of energy,” he claims.

Which brings us back to NXT, the second of which is due to open in November this year, with a third slated to open early next year. These experience zones are venues where guests can play on gaming terminals against their friends or other guests, while a host adds to the social element and game show atmosphere. 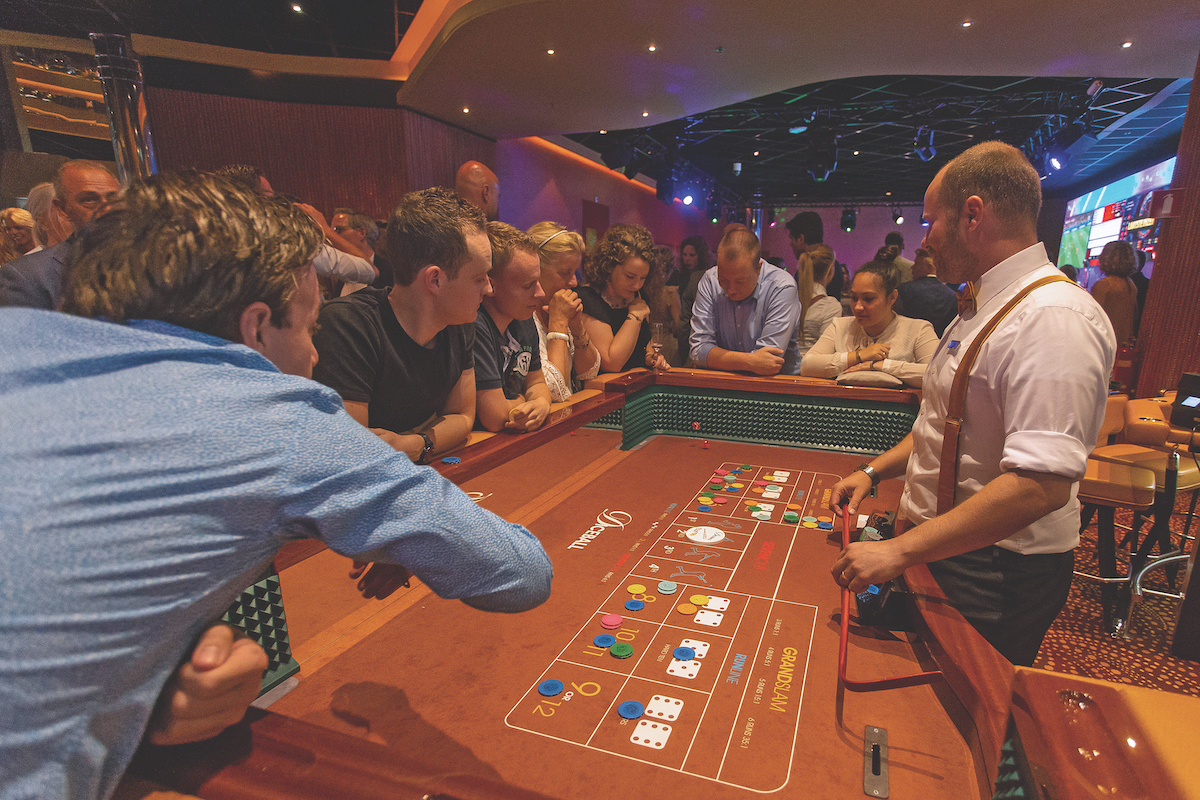 Popular table games such as blackjack and American roulette can also be enjoyed for lower stakes. Completing the experience are sound and light projections (including a large LED wall) and a bar that serves IPA beers, cocktails and light snacks.

“We have seen a return rate of almost 98% for the NXT. There are guests who visit us just to play there,” Erwin says proudly. In addition to innovation in gameplay, Holland Casino has also invested in the innovation of its physical infrastructure. The company’s casino in Venlo will close in 2021.

It will relocate to a brand-new 10,000-square-metre venue built on the recycling principles put forward by chemist Michael Braungart and architect William McDonough in their 2002 book Cradle to Cradle: Remaking the Way We Make Things.

It proposed that human industry should mimic the cycle of nature’s processes, where resources such as water or nutrients are continuously cycled into other forms, but never lost from the system.

In the same way, building materials can be reused infinitely. In practical terms, this means that Holland Casino will lease items such as elevators from a supplier for a period of 10 years including the number of ‘movements’, instead of buying one.

Not only is this more environmentally friendly, it also gives the casino much more flexibility in refreshing its layout and attractions regularly. “We are taking a whole new approach to how we construct buildings and venues,” Erwin confirms.

“Previously, it was common for concepts to remain the same for 15 years, but it’s no longer the case now. The casino experience today needs to constantly evolve and change. We need to adapt much faster to what our existing and future guests want to experience with us and deeply connect to the environment and society that we are part of.” 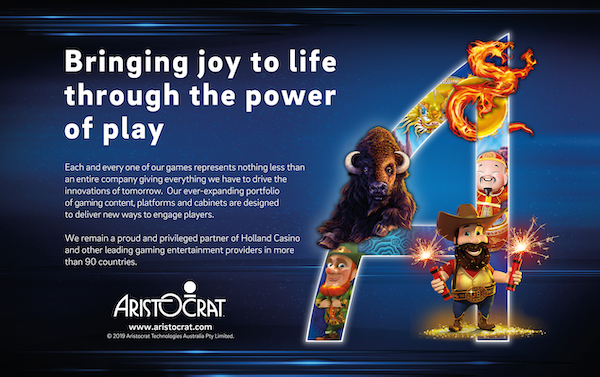