“We want people to remember it forever”: Todd Harris 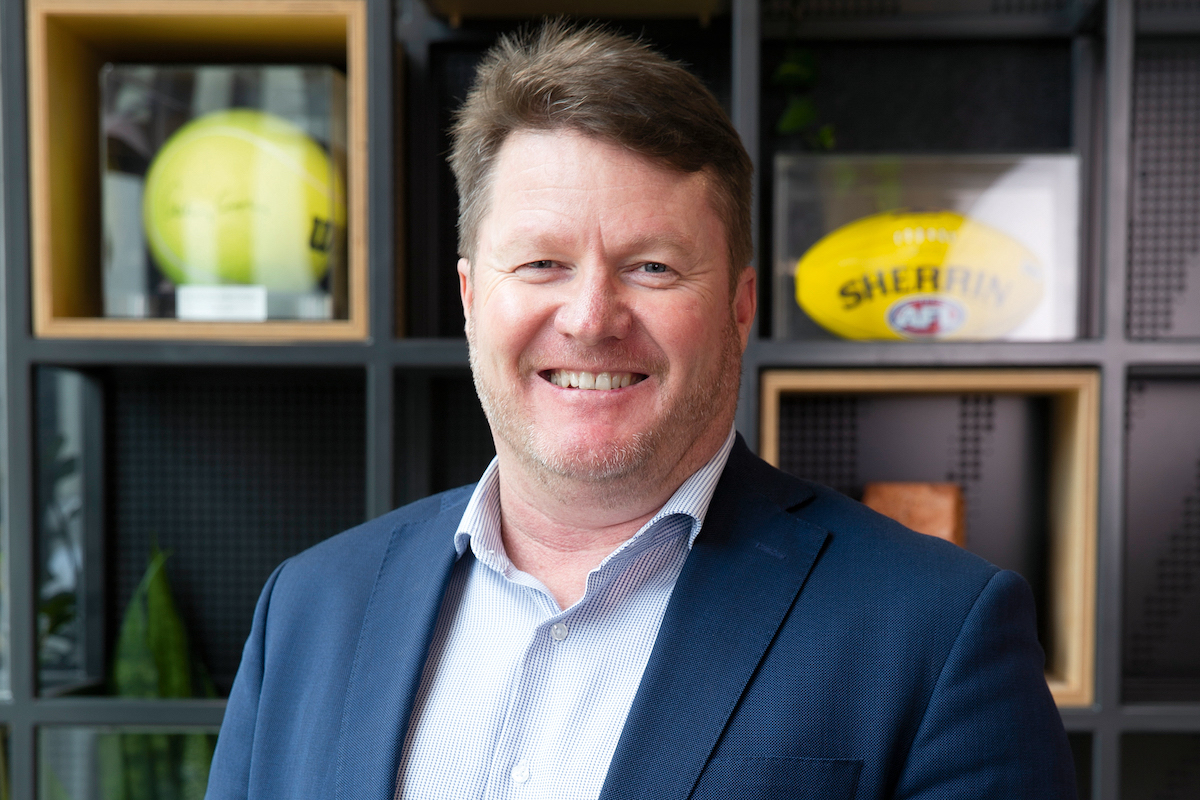 The roar of cheering masses, a frothy beer and a meat pie slathered in tomato sauce combined with the unrivalled spectacle of a sporting match or concert playing out mere metres away from your eyes – for most Aussies, a visit to a stadium is a guarantee of good times and of memories made. For Todd Harris, CEO of Stadiums Queensland, that means it’s absolutely essential for his team to deliver a “gold-standard experience” every single time people attend an event.

“We want to ensure that when people come to our venues, they walk away with something they’ll remember forever,” he says. “They’ll talk about it among their peers, their cohort, their friends and family. And, really, the venues themselves can get a bit forgotten in the background, but we make sure that the experience itself has been outstanding.”

And how Stadiums Queensland achieves precisely this comes down to one thing: the employees. “The focus is always on our people,” Todd tells The CEO Magazine. “We’ve got a workforce that’s really quite incredible, and I’m very fortunate to be able to lead them. Strong teamwork and strong agility are some of our core principles – they’re values that we hold close. And last year, the entire workforce stood up and demonstrated that they really live and breathe those values.”

As COVID wreaked havoc across many industries, with companies in the events space especially affected, Stadiums Queensland could’ve easily admitted defeat. But with a dedicated and loyal team of employees, there was no way that would happen. “We weren’t able to increase our workforce in any way due to COVID,” says Todd, who’s been with the organisation for 14 years, and as CEO for five.

“So the employees just had to manage with the additional load, and they did it with a smile and positivity that, in the circumstances, you’d probably expect that there may have been some negativity or some frustrations about. I didn’t have a gripe from any staff member last year about the workload they were faced with. I think the biggest lesson for us was that the optimism and glass-half-full approach instantly became everyone’s mantra.”

But while they couldn’t outsource or hire more team members, Todd explains that protecting the health and happiness of its staff remained Stadiums Queensland’s number one priority throughout it all. “It was about ensuring that they weren’t overworked, overstressed and that they were well cared for and well looked after,” he says.

Strong teamwork and strong agility are some of our core principles – they’re values that we hold close.

“We really did everything we possibly could as an organisation to try to give some balance to what they were doing and provide a high level of support. And the positivity just grew and grew. The staff are very motivated in what they do; it’s a great environment to work in. It can be highly stressful, but the outcomes are just amazing.”

As a result, Stadiums Queensland succeeded in delivering exceptional outcomes, in spite of what was an incredibly difficult context, holding in excess of 75 AFL matches across The Gabba and Metricon Stadium last year alone – a close-to-five-fold increase, as other states forced into lockdown had to relocate game after game to the sunny state. With such a large operation, having a portfolio of trusted and high-performing suppliers – some of whom have been working with the company since its inception – is also a non-negotiable.

“We have many service providers,” Todd says. “From our key partners, who are the sports organisations that use our venues, through to cleaners, caterers, transport, security companies, video production and so on. Close to 93 per cent of our business is outsourced, so we have a huge reliance on their capability to deliver a seamless experience.

“It’s really critical that we are all effectively singing from the same song sheet, so to speak. So we have to work incredibly closely with our partners, and the supply chain that they work with as well to service events, plus get them to support our vision and ensure that they understand what everyone’s expectations are. It’s a little village.” Now, looking to the future, Todd has no doubt that the next chapter will be Stadiums Queensland’s biggest yet – especially as Brisbane prepares to host the 2032 Olympic and Paralympic Games. 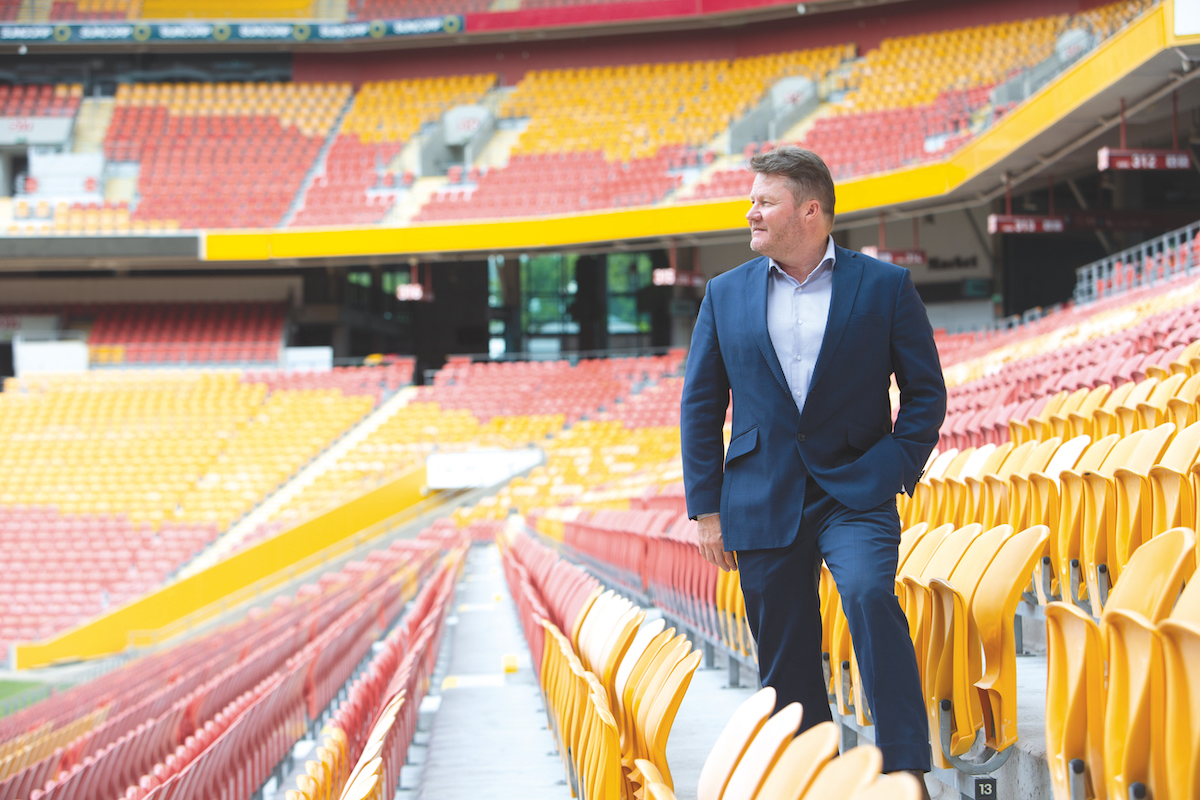 “All eyes are on the decisions around 2032,” he says. “We’ve been doing a significant amount of work for many years now in the planning for this. It will essentially write our strategy largely for the next 10 years.

“There really is a strong, what I call, arms race, in terms of venue enhancements across this country. There are some outstanding large stadiums in this country, and it’s a real competition to keep in front of that race and try to make sure that people want to come to our venues and that they’re safe and of a really good standard. And, of course, that they’re exciting to be in to watch major events.”

Ultimately, Todd says, that all comes back to the employees who are the heart of the organisation and the reason why Stadiums Queensland is an industry leader, not just in Australia, but also worldwide. “Without the passion, the commitment and the professionalism of our people, we couldn’t have done what we did in the past 12 to 18 months,” he says.

“We could have the best infrastructure in the world, the best bricks and mortar, but unless you’ve got the right people to turn those things on and make them work seamlessly, they really won’t give you that amazing experience that we want. I just truly believe we’ve got a brilliant workforce that goes above and beyond.” 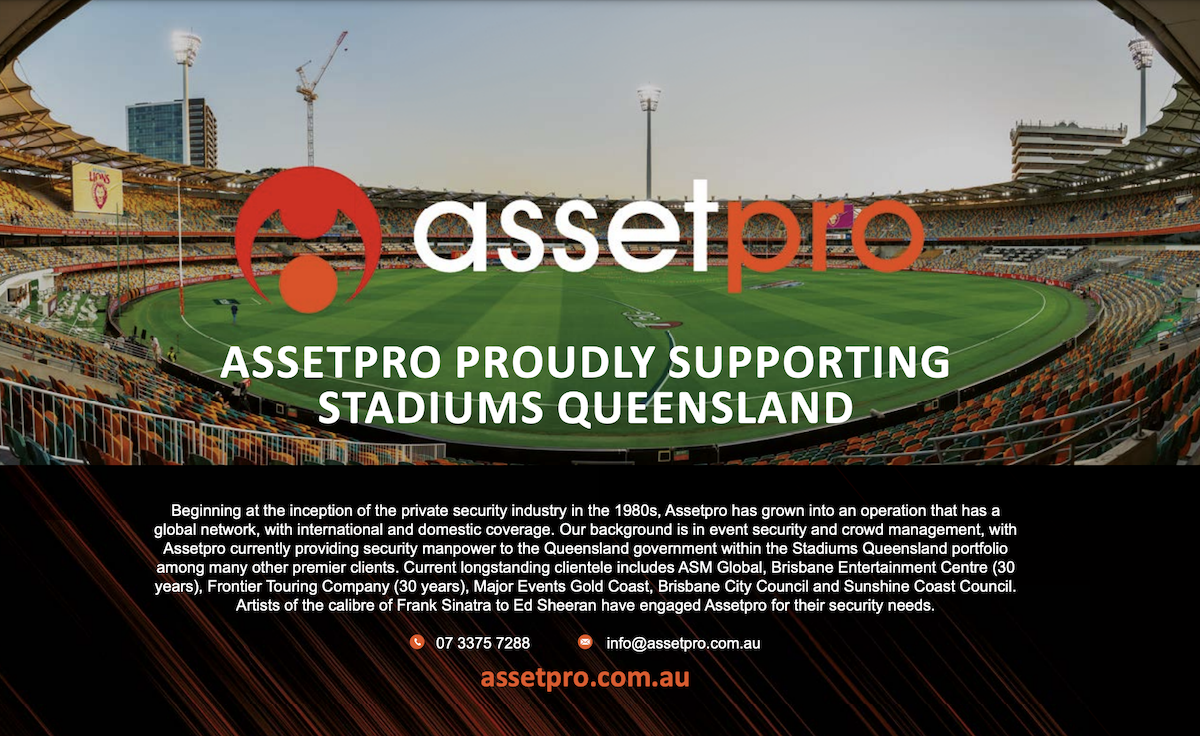