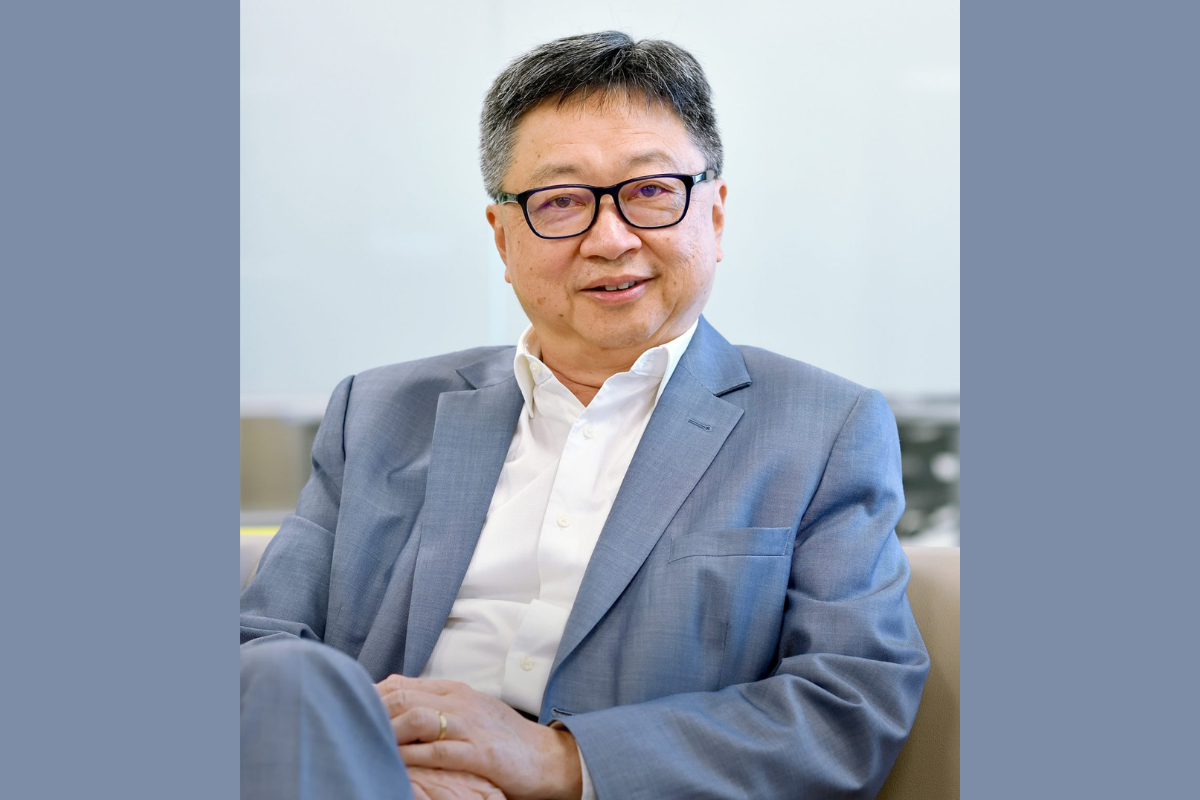 It may have been founded in 1838, but there’s an entrepreneurial spirit to the Mauritius Commercial Bank (MCB) that gives the company a leading edge in today’s market, CEO Alain Law Min tells The CEO Magazine. “We are always on the lookout for new opportunities and ways to do things differently,” he says, adding that this quality is at the core of the bank’s DNA.

“Given our size, we’ve always had the philosophy of supporting the areas that will grow our economy because we are aware that the more the economy grows, the more we will grow,” he shares. That means supporting new pillars of the economy as well as the entrepreneurs preparing to launch businesses into them. “They may be riskier but at the same time we do believe that supporting such areas will bring benefits to the bank,” he continues.

As the oldest and largest bank in the Indian Ocean archipelago, with over 42 branches across the country, MCB has a proven track record. “We’ve accompanied our customers as the country shifted from a mono-crop economy of sugar to a fully diversified economy,” he says. “We’ve fully supported the country in new areas of activities such as tourism, manufacturing and financial services.” 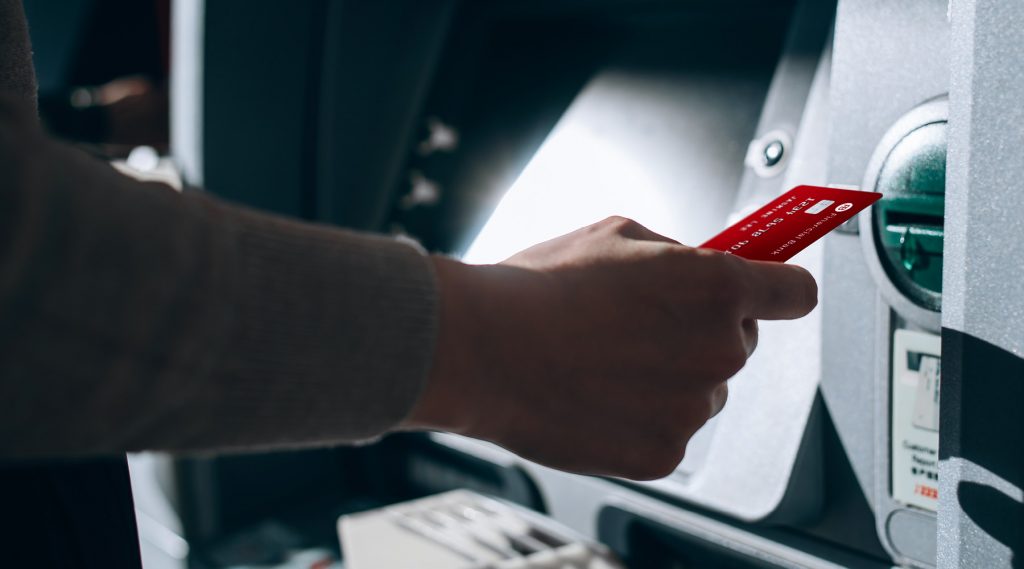 Alain knows that MCB’s size gives it a fairly unique position. “In some ways, it’s probably more difficult to be the leading bank in a small economy because instead of benchmarking within the local banking environment, we have to benchmark on the best-in-class worldwide,” he explains.“But we’re very much conscious that if we want to progress, we have to continuously innovate for our customers.”

And if there’s one area where in the last couple of years it has become very clear the bank needs to act, he says, it is sustainability. “As the major bank, we have a strong responsibility to focus on areas that are aligned with where the country wants to go,” he explains. “We’ve come through the COVID-19 pandemic with the realisation that we need to build back our economy differently – and better. Implementing our sustainability agenda more rapidly has become much more urgent.”

Renewable energy, and “helping current operators transition to a less carbon-intensive footprint” is one area of interest. As is helping the country’s small and medium-size enterprises to recalibrate towards areas where they can add value rather than simply relying on imports. “We are looking into where they can be part of a value chain; where they can offer products and services that will not only help the export sector but will also benefit the local economy and address some of the supply chain issues that we experienced during the pandemic,” he says.

It’s on these two pillars, as well as a third – the wellbeing of its communities and employees – that MCB’s short-to-mid-term strategy is centred upon. “As we strengthen the brand around being the bank for the Mauritian population, this is what will enable us to be more aligned with the people’s values and what they are looking for,” he says.

Alain says he has robust foundations to start from. “We are a universal bank with a 50 per cent market share in Mauritius,” he says. “Our strong name has been built on good customer service, strong values and a strong commitment to our community.”

The sustainable shift won’t be the first important transformation Alain will have witnessed during his 27-year career with the company. “In 2000, we transitioned from what I would call a fairly traditional almost post office bank, to one that was much more focused on serving customers, selling products and pushing through its commercial activities,” he explains. “We also spent a long time examining our branch network and our systems.”

The changes brought about what he describes as a “world-class” retail franchise. “Over the years we have also pioneered our digital app, which is today the most utilised app in the country,” he continues. It’s just part of an ongoing digital agenda that is designed to transform the way it delivers its services to its customers. 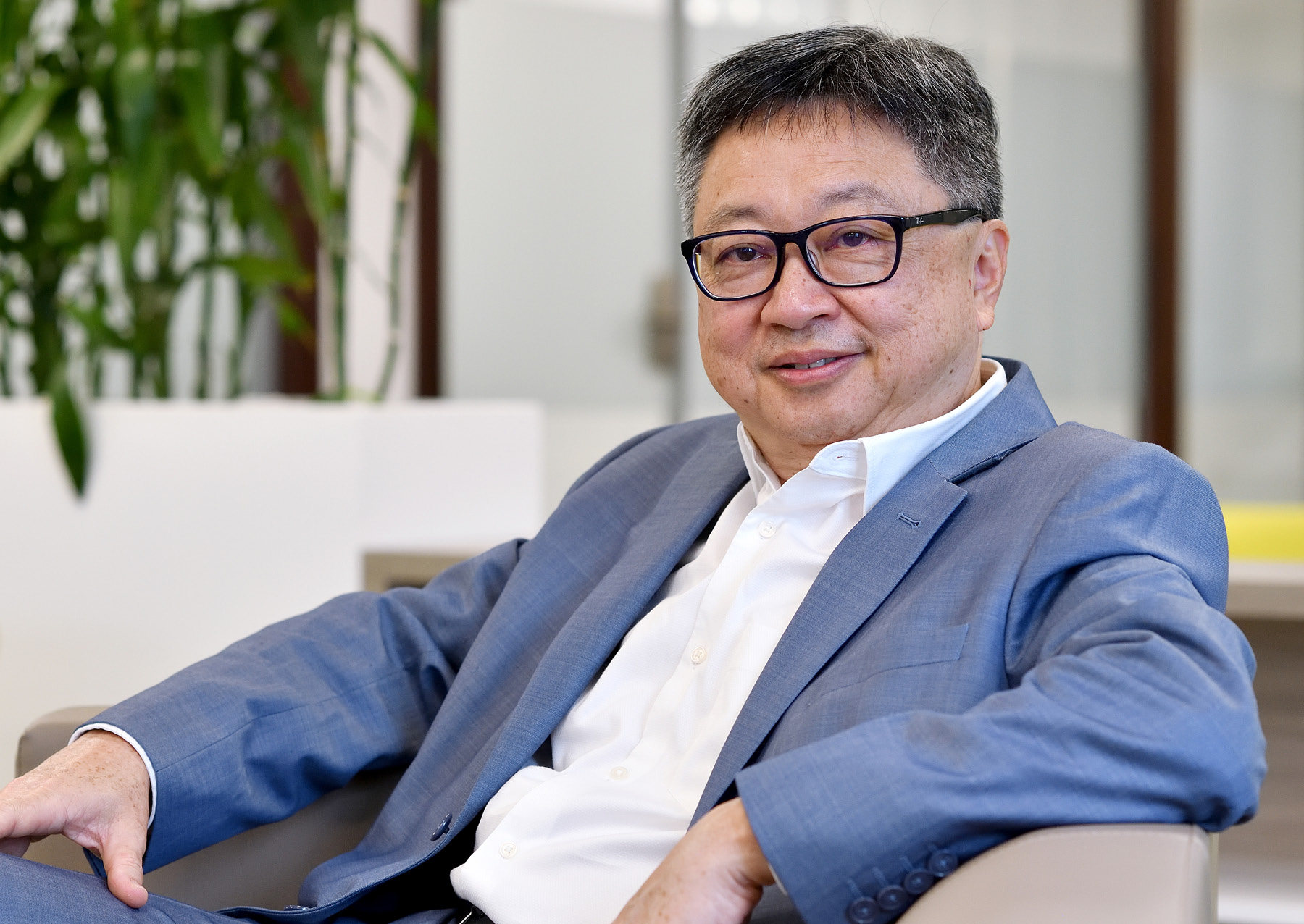 In 2017, he was made CEO, and the potential in sustainability and digitalisation was among what made him decide to accept the position, as well as the opportunities to extend MCB’s footprint overseas. Along with a network of representative offices in France, South Africa, Kenya, Dubai and branches in the Seychelles, Madagascar, Réunion, the Maldives and Mozambique, the company’s international vision involves being a specialist bank in certain core areas.

“Many corporations use Mauritius to transit through and invest in Africa,” he explains. “We offer a number of products and services like treasury management, cash management and other global market products to enable them to serve their subsidiaries across the continent.” The bank is also well placed to accompany the financial institutions with interests in Africa through its Bank of Banks initiative.

Like all other business leaders, the last two years have been challenging times, but Alain says MCB has emerged stronger. “We’ve had to work differently and are now a lot more focused on reinforcing our organisational values around teamwork, around customer service and around culture, especially as we support customers who have greatly suffered during the pandemic,” he says.

The business has, he adds, shown great resilience. Now, looking forward, determination is the quality coming to the fore as it looks to play a leading role in the country’s recovery and future-proofing. “We want to nurture our economy back to health while, at the same time, invest for the future,” he says. 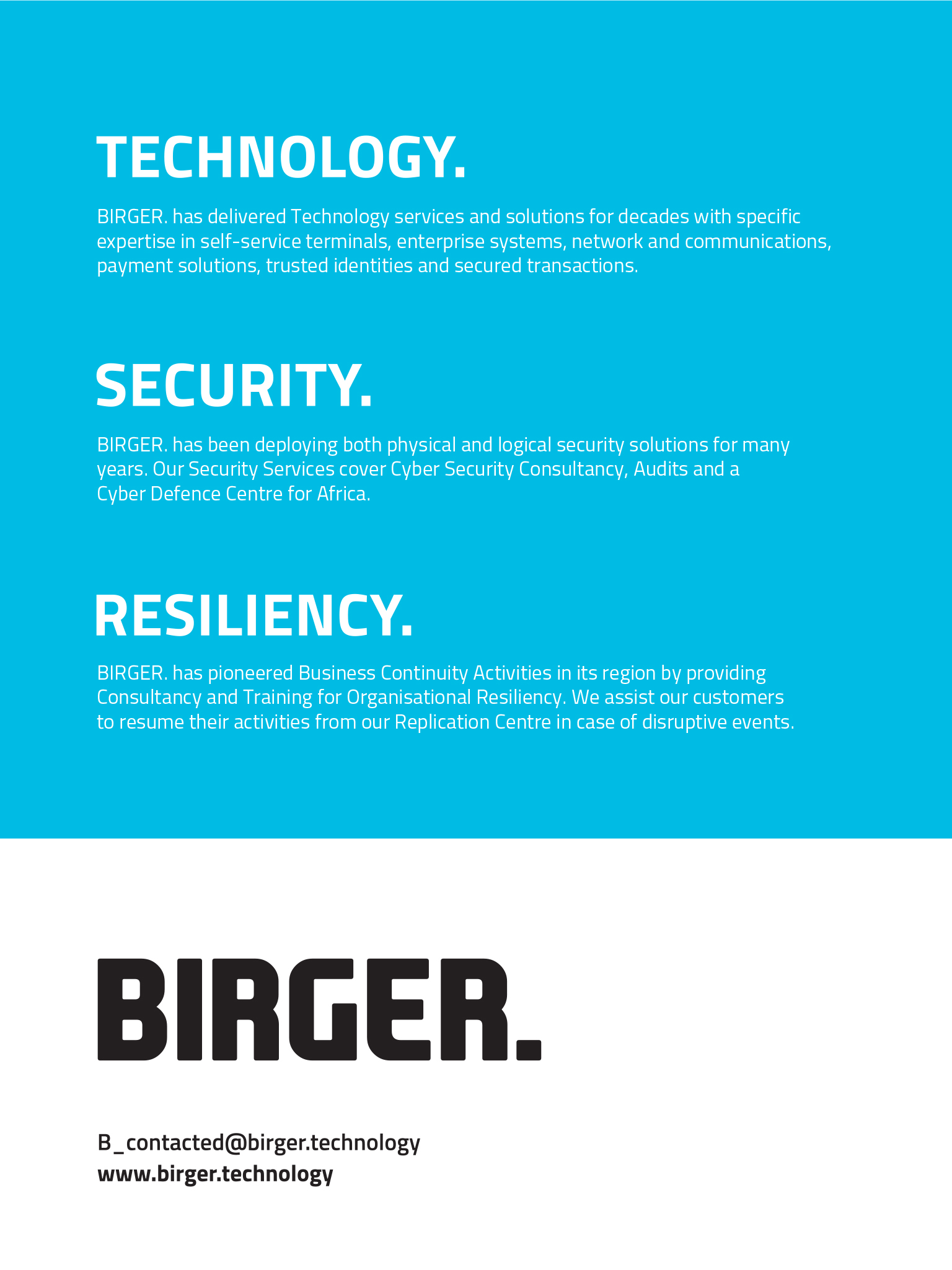