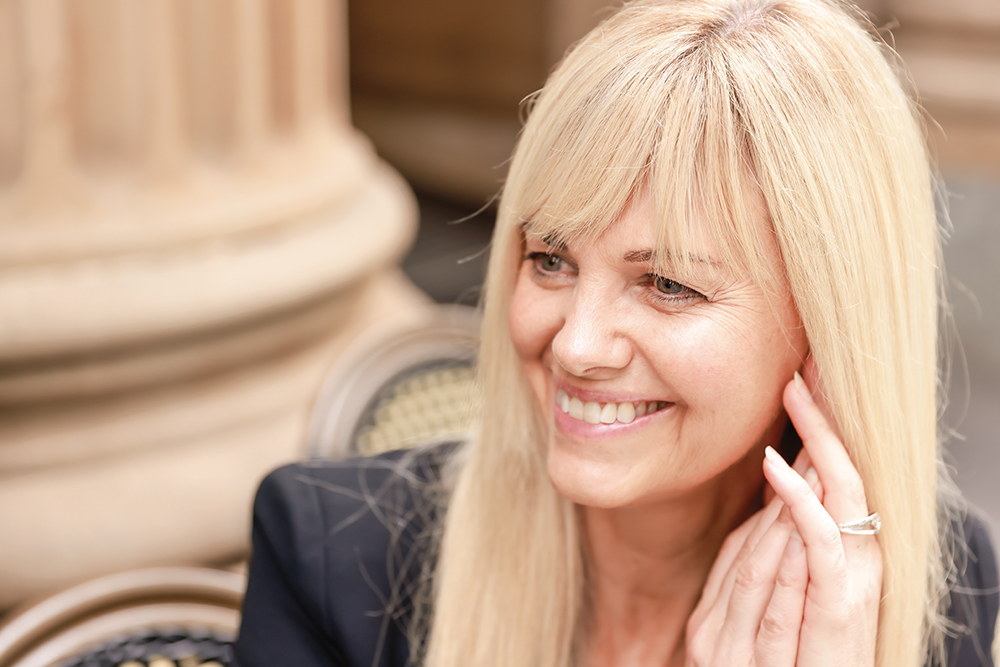 Dr Michelle Deaker is clearly a cool operator. The Founder and Managing Partner of OneVentures exudes an aura of calm and practicality; precise, articulate and thoughtful, a practised trouble-shooter unfazed by market drama and unpredictability.

She discusses hundreds of millions of dollars as comfortably as most discuss the weather and is exactly the leader you’d want managing and promoting your company’s growth. Yet Michelle admits she was a little surprised by 2020.

Not so much by the actual curve ball tossed by COVID-19 – in typical style, she reacted quickly to ensure the company was prepared for any crisis – but more by its impact on her business. Refreshingly, it’s a good news story for the leading venture capital firm specialising in the Australian healthcare and technology sectors.

Based in Sydney, the company excelled during the pandemic, adding A$100 million to its growth. “If somebody had asked me at the start of 2020 if I thought OneVentures would raise A$100 million over the course of the year, I would have thought, ‘Absolutely not,’” Michelle reflects.

“I thought the year was going to be very difficult. But instead, we found the market recognised that the companies in health care and technology were doing well and that exposure to these sectors was very important.

“Most of them outperformed during the pandemic. They were in the winner sections, or at least, operated as business as usual. Out of our portfolio of 22 companies, we only had one that had a hiccup and they’re back to normal again now. So we were really very fortunate. It certainly was a surprise.”

That A$100 million grew funds to A$515 million, a jump of A$200 million since The CEO Magazine last spoke with Michelle in 2018. Companies under OneVentures’ management include nanopatch juggernaut Vaxxas, which is developing a needle-free vaccine; global human resources management platform Employment Hero; artificial heart specialist BiVACOR; and business intelligence software experts Phocas.

“We have multiple pillars that continue to grow the firm and are always thinking of ways we can add value to business,” Michelle says. “We might support transactionally, support them in another market or introduce a potential company they can acquire. We offer more than just strong mentorship.”

Michelle agrees she doesn’t have to look far to be mentored herself within OneVentures, supported by an impressive board of business leaders including Chair and former investment banker Walter Lewin, and Directors Peter Gammell, Roger Massy-Greene and Connie Mckeage.

In turn, she sits on four boards: she’s Chair of Employment Hero and sits on the board of virtual reality company 8i, global business intelligence and insights company Phocas, and artificial intelligence company My Mobile Data. In between, she’s a member of Chief Executive Women and the Australian Institute of Company Directors.

“While it may not seem like it to other people, to me it was always a natural progression. I had an engineering father and a very entrepreneurial mother, so I think I might have inherited both streaks,” she explains.

“I had that maths, science, process, problem-solving type mentality embedded in me from my father, who was managing director of a large engineering firm. Meanwhile, my mum had established the performing arts school The McDonald College. My grandmother also ran a large dancing school and my great-uncle founded SPC.

“I watched my parents build and run businesses. It was in the DNA of the family. Conversations around the dinner table always revolved around business, I was virtually homeschooled in it. However, my entrepreneurial side didn’t really shine at school; it emerged later during my university years when I set up my own businesses.” 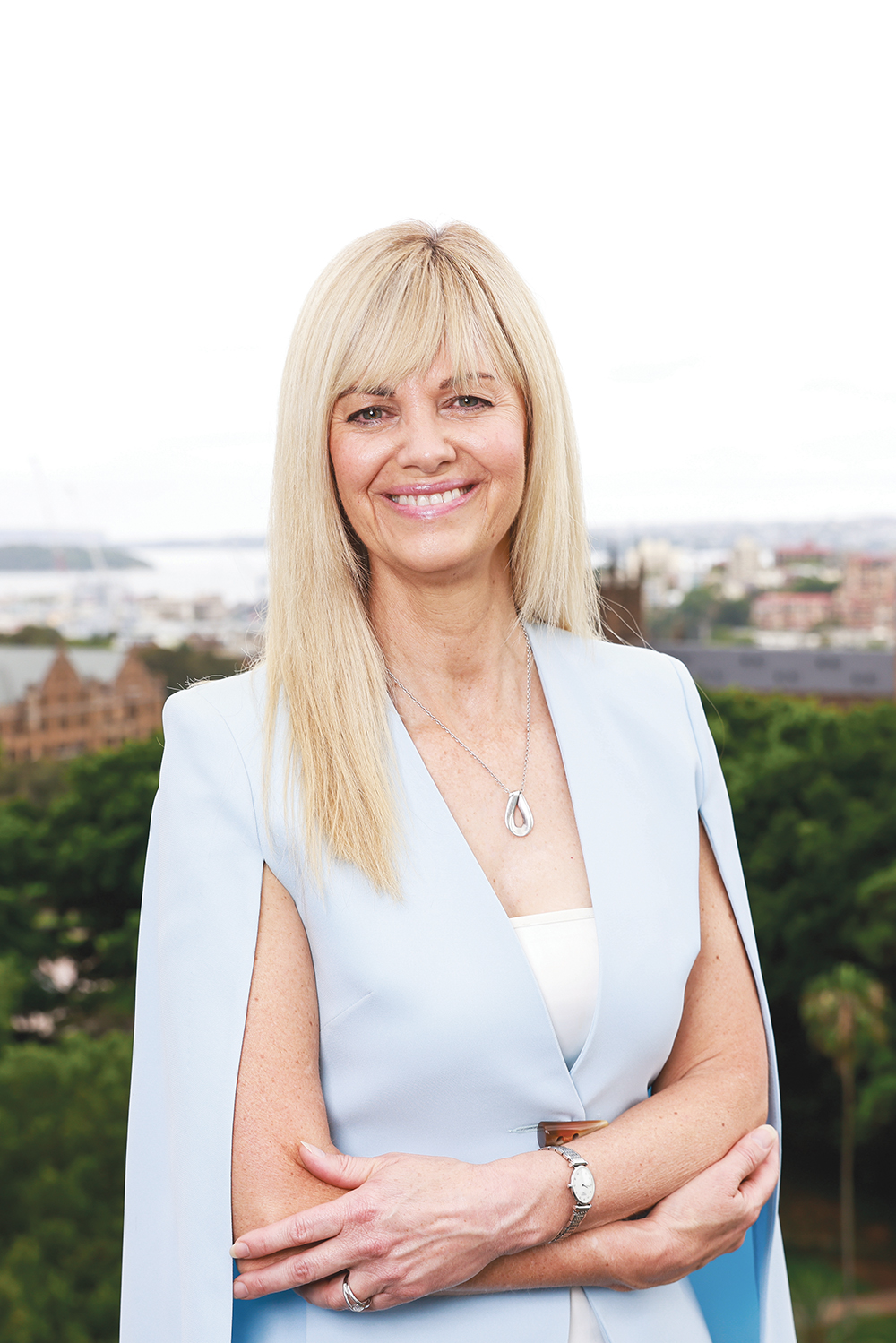 Michelle’s desire to always harness opportunities and never be afraid to try new things and learn is how she found herself in Belgium in 1998 representing Australia at the Ultimate Frisbee World Titles. Having been sporty at school, a hockey player and runner, she discovered Ultimate Frisbee (Ultimate) while studying at Sydney University, attracted to the excellent blend of athleticism and social activity.

“I played seriously for about eight years,” she reveals. “Our Sydney University team had won the national championships in Perth and although I was one of the highest scorers, only a men’s team was being selected to represent Australia. A women’s team wasn’t considered. However, the selection committee believed I was equal to or even better than the guys and I was selected to join the Dingos.

“While those selected from my Sydney uni team were delighted, some men from other universities weren’t,” Michelle remembers. “I was the only woman in the men’s world championships. However, but it broke new ground because today the world titles are played mixed with at least two women on the field at any time. But I remain the only female Dingo!”

Imagining the venture capitalist (VC) chasing a frisbee across a field is quite a contradiction to visualising her suited up and addressing a boardroom. Yet, even though she no longer competes, Michelle says she never forgets to take her frisbee to the beach and admits she’s always very tempted to join in when she sees Ultimate tournaments being played.

“In my role as a VC, I visit universities over here or overseas. I love walking around and watching people play on campuses, such as Stanford in the heart of Silicon Valley. I always take about 10 minutes to reflect and watch. It brings back so many happy memories,” she smiles.

I watched my parents build and run businesses. It was in the DNA of the family.

Those delightful memories are vastly different from those of 2008. Already a successful IT industry business owner and entrepreneur, Michelle had sold her E Com Industries business in 2005 and had launched OneVentures, named after her favourite U2 song ‘One’, a year later. Soon after, the world plunged into financial chaos.

“When you think you’re ready to give up, the tide will turn. That’s something often in the back of my mind,” she says.

“It was particularly relevant taking the company through the global financial crisis. If someone had suggested after we’d raised the first A$40 million by 2010, that we’d have a half a billion dollars by 2020, I would have said, ‘Wow, that’d be a great stretch and amazing.’ But now that we are there, there’s naturally an expectation we’ll continue to grow and looking to where we want to be in three years, perhaps we could be a A$2 billion firm.”

With Michelle’s background and strengths in technology, she, along with Partner Grant Chamberlain, is responsible for seeking out companies excelling in those fields while medical specialist Dr Paul Kelly, fellow Managing Partner and OneVentures Co-Founder, predominantly looks after the healthcare side of the business.

“Obviously we cross over, but we do have ultimate responsibility for the domains that are based on our backgrounds and experience,” she explains.

“But all our partners have worked really hard to develop this firm and largely our achievements are shared, for instance, our Venture Partners Anne-Marie Birkill (and OneVentures Co-Founder), Nigel Dews, Dr Dan Baker, Kelly Constable and Jim Scopa – I’m really grateful for their support.

“We have an open workplace where there is high transparency and each person is accountable for their deliverables. Initiative and innovation is rewarded, we value humility and learn from difficulty and failures.” 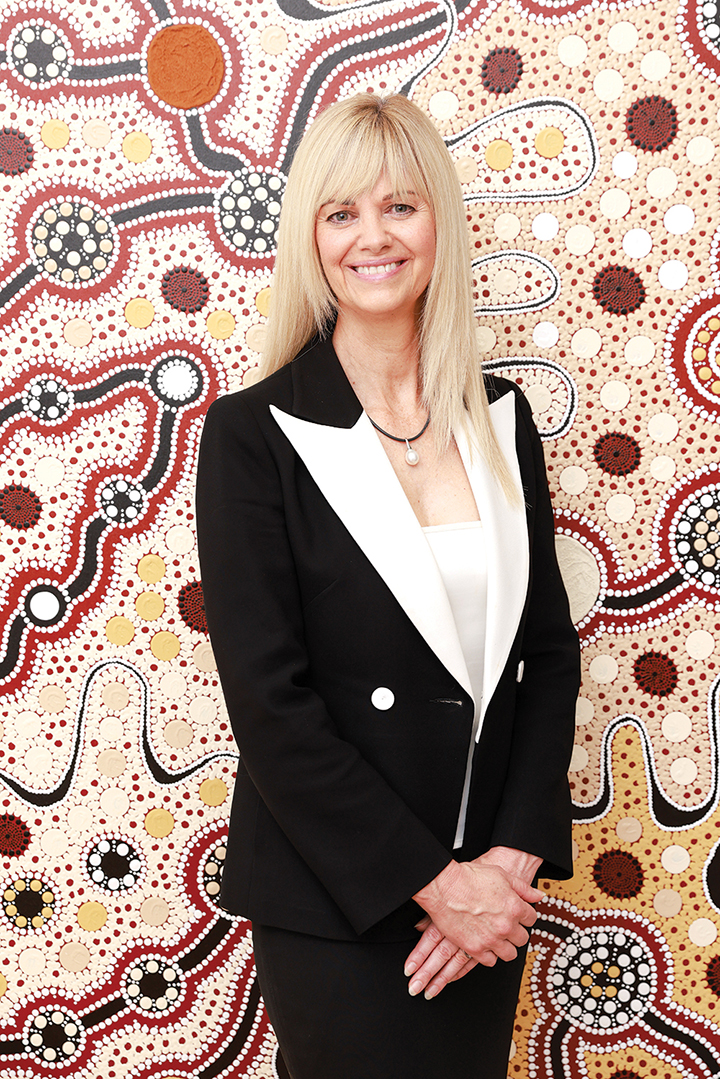 While OneVentures strives to deliver strong returns, it’s particularly driven by the company’s passion for having a positive impact on society. As a member of the UN Principles for Responsible Investment, it enjoys a strong philosophical alignment with companies aiming to achieve sustainable goals.

Vaxxas, which is making it easier and more efficient and affordable to be vaccinated, is a clear example with patches also eliminating the need for cold storage. Meanwhile, Clinical Genomics offers sophisticated blood tests that can detect colorectal cancer and its recurrence through DNA.

“First and foremost do no harm,” Michelle insists. “We will not be associated with businesses that could do harm. We’re looking to tick boxes that say if we make this investment, our investors will be proud of what that company is going to deliver and when you look through our portfolio, most have a very positive impact on society.”

She believes another reason the company attracts good business and internal talent is because of its unique approach, describing OneVentures’ team as more business practitioners than investors. “We’re more than just an investment house, investing broadly in a lot of different things,” Michelle shares.

“We’re business practitioners who come alongside to help support, build and grow that business. “Trust from our investors, within the firm and our teams is of utmost importance. We act with integrity at all times and aim to do what we say we will do. We’re pretty hands-on, active managers, who don’t mind doing the heavy lifting.” 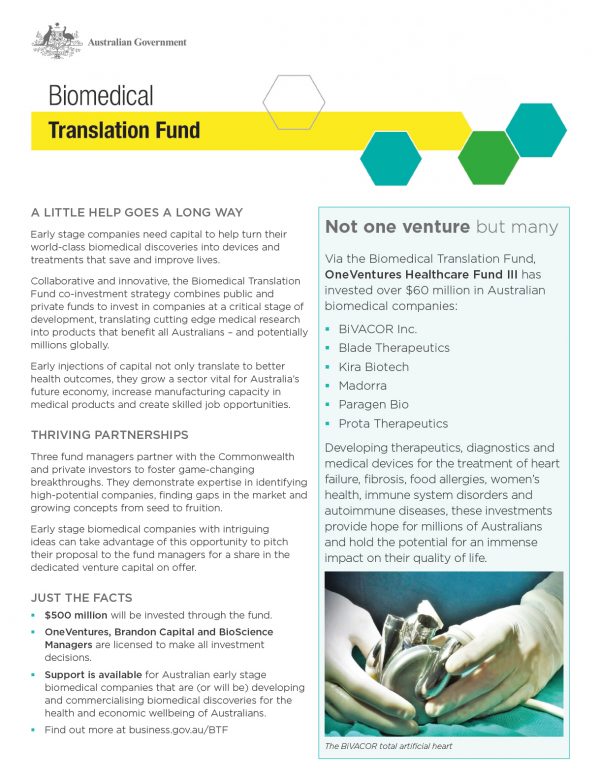 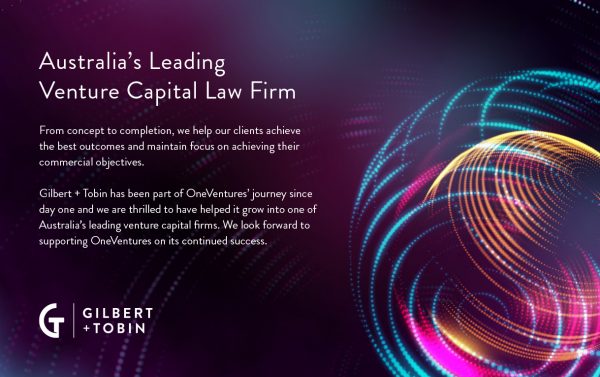