“We Live by Our Reputation”: Guillermo Bueso 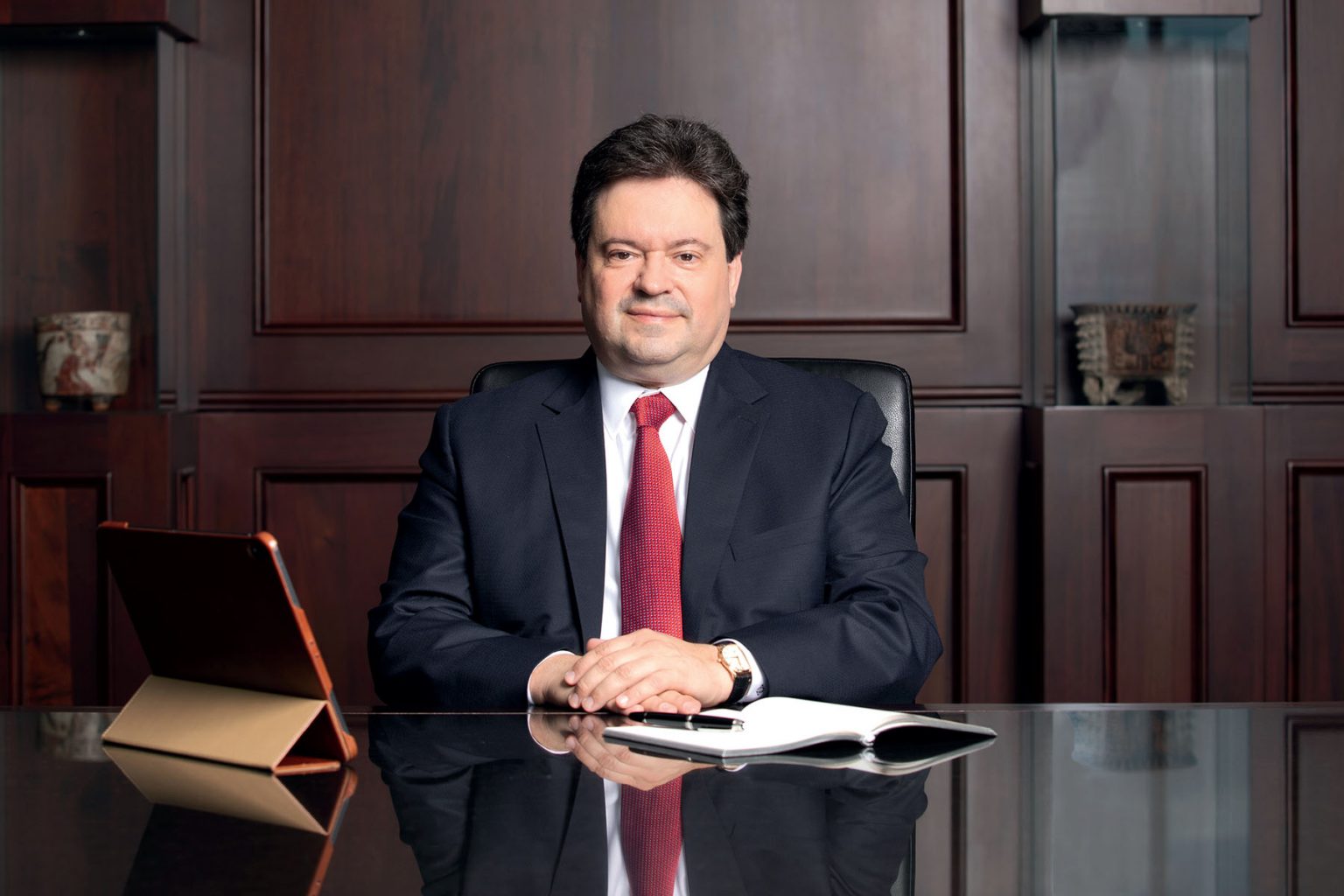 Guillermo Bueso started his professional journey studying at law school, but after landing in the world of finance, he has found his true calling. The Honduran banker has carved out a formidable career of more than 28 years in finance – one which all started at Invatlan – the same group with which he now works as President, and as CEO of Banco Atlántida. 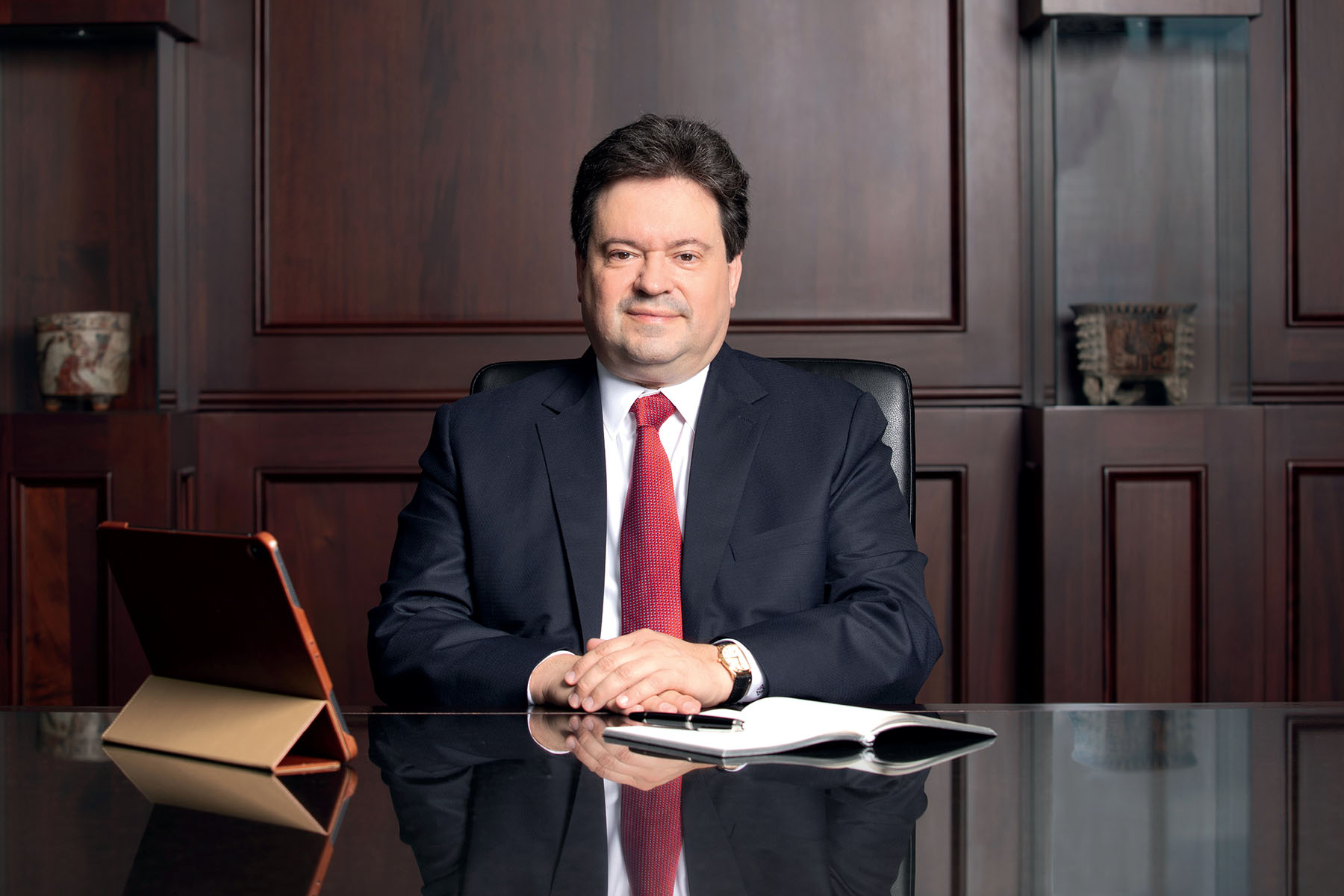 During his first role at Seguros Atlántida, the insurance arm of Invatlan, and his next as a financial director at a Honduran brewery, Guillermo received scholarships to study master’s degrees in finance and business management, one in Milan, Italy and the other at Vanderbilt University in the US.

Then, after a short time working as a CFO in the textiles industry, he reluctantly answered the call to return to the financial group of which his father was Chair. “I was happy where I was,” he says. “But you know how things go; I not only became the CEO of Banco Atlántida, but also Chair of the holding company.”

Guillermo could have declined but sensed a great opportunity with the bank and financial group. “I wanted to do a number of things in terms of regional growth, improving and expanding the range of services and things that other banks weren’t doing.”

Banco Atlántida had already been a pioneer as the first bank to bring automated teller machines to Honduras. “Being able to lead an institution like this offered a number of unique opportunities.”

We acknowledge the value of long-lasting relationships.

Those opportunities have manifested in ambitious expansion and digitalization plans for the medium- to long-term, notwithstanding the impact of COVID-19. “As far as regional acquisitions are concerned, we are proceeding carefully until we understand how the pandemic is affecting different economies and currencies,” Guillermo says.

One successful expansion has been into El Salvador, where Invatlan acquired AFP Confía in 2015, among other companies. “The other thing is automation and our technological capacity, which we have been developing here in Honduras,” he shares.

“Our core banking solution, as well as other products, will enhance our capacity to provide financial services to the unbanked as well as the customers that we’ve had for years. As a 108-year-old bank, it’s sometimes hard to find a balance between technology and those who have been our customers all their lives and still like to stand in front of the teller and have the money counted out for them.” 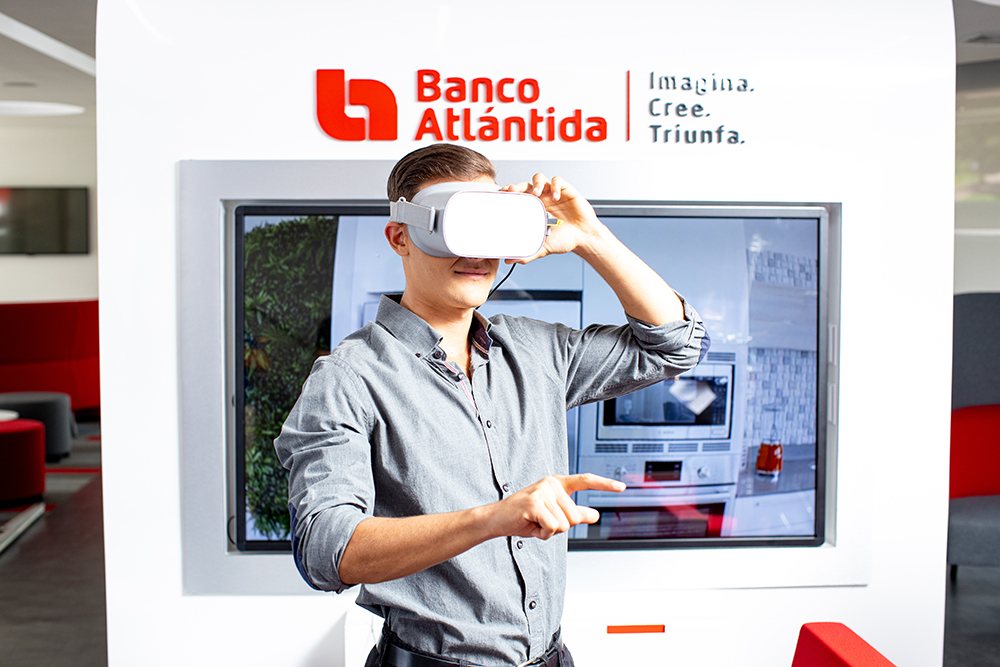 Banco Atlántida has stood by these established customers through the difficulties of recent times when customers reached out. “We acknowledge the value of long-lasting relationships,” he says. While the bank has to remain conscious of traditional preferences, Guillermo believes it’s important to introduce customers to new banking applications and other technologies.

“We’re investing in software development companies and delivery services companies that are growing at a fantastic rate,” he reveals. “We’re happy with that and with the synergies that we’re finding integrating those services to our platforms. There’s already an increase in transactions.” Looking forward, Guillermo sees a degree of consolidation in banking.

“Some small players are going to have to sell out because technology comes at a price and that investment capability isn’t there for all banks,” he says. “In our area, there are some quite small institutions, under a billion dollars in assets, who’ll be challenged to stay in business so will probably end up consolidating with somebody else.”

As an institution that has been in business since 1913, Banco Atlántida has set itself apart from competitors in its class. “We live by our reputation of which we’re very conscious,” Guillermo insists.

“We work within the regulations and are very careful about clients we take on. For a financial group with more than three million customers, that is a challenge. 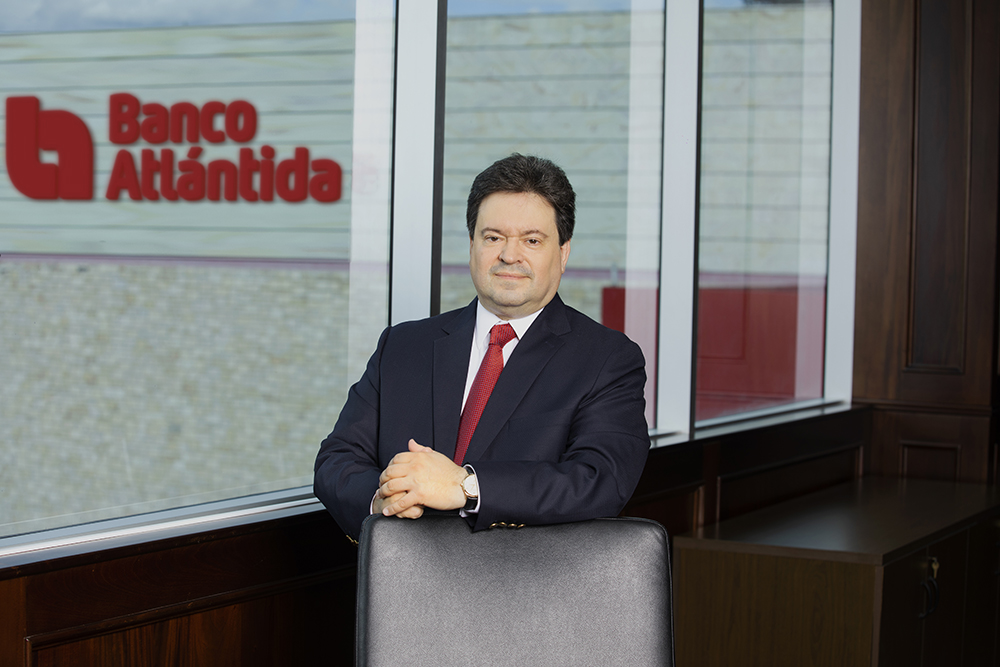 “Our compliance department is headed by somebody who used to work for the US Department of State and managed security in a number of diplomatic missions in complicated parts of the world. He has set up a formidable compliance department that manages information in real time with screens that alert us to any problem with any customer at any time.”

Given the lack of financial markets in the area, Banco Atlántida is an important corporate bank for Honduras and its economy, providing long-term funding for major projects undertaken by the public and private sector. That sometimes means being creative in the face of challenges.

“For example, if the limit of the banks that can, or are willing to, participate in a single transaction isn’t enough, then we’ll contact banker colleagues from other countries to join,” Guillermo explains.

“Or if the customer has a very specific financial requirement that needs a special repayment arrangement, that’s also something we can do. Without setting aside our integrity, we remain flexible and creative to be able to do things that only our bank can do in Honduras.”

“It gives us a certain degree of leverage in the ability to track every transaction with a speed that very few banks in the area can match. It’s one of those things that helps set us apart,” Guillermo says. 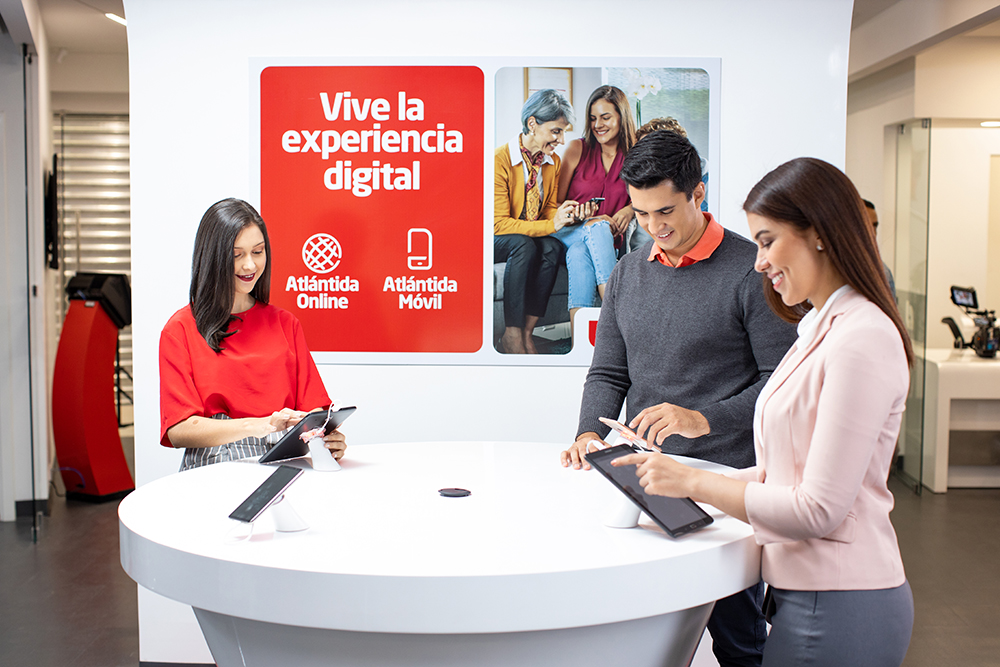 “We’re also improving other aspects of our technology, which should further help us stand out and compete.” No business operates in isolation and so the quality of and relationships within the supply chain are, as Guillermo acknowledges, crucial to success.

“For Banco Atlántida, our main suppliers – our alliances – are our tech partners, especially SAP for software and IBM for technology hardware.”

Among all of the bank’s suppliers, Guillermo believes that 14 are currently paramount to its operational success – some of them because Banco Atlántida has been outsourcing services such as security for branch offices and cash transport.

“Our depositors and correspondent banks are the most important suppliers of our basic resource,” he tells. “We’re driving all aspects of our operations onto the same base, which should reduce costs and help us to develop a larger customer base without necessarily hiring more people – one of our greatest challenges.

“Although we have enjoyed a healthy growth in operations, portfolio and deposits, we know there is room for efficiency improvement and to offer a more automated service. As online banks make their way into the market, competing with them will require all banks to become more efficient. We haven’t lost sight of that, and we were well on our way before the pandemic.”

In 2021, the bank is returning to this focus, especially to determine how many things can be automated and how much information can be harvested from systems. “Our goal is to improve the way we reach customers, solve their problems and foresee requirements generated as the local and world economies evolve,” Guillermo notes.

“Companies like Amazon that are expanding beyond their own borders are going to require alliances in different regions and we hope to be one such potential partner.” With the levels of liquidity that it manages, Banco Atlántida only takes on credit for special projects, such as ethical finance.

“We rarely take on credit, but when we do, it’s for a very specific reason, such as green lending, lending for renewable energy and conservation projects,” Guillermo points out.

“We also learn how to manage those projects in the process. It’s a good relationship and we take such care of those international correspondent banks as suppliers, as allies. We probably confirm, for example, letters of credit for more banks internationally than the rest of the banks in the country combined. We take pride in the professional recognition that we receive from the international community of banks.”

With Guillermo at the helm, Banco Atlántida has achieved a successful blend of traditional values with innovative services and processes. “Innovation is one of our strategic pillars,” he confirms.

“It drives our efforts to improve customer experience through technology. Therefore, we hold a higher commitment to innovate and to continuously incorporate new solutions to our business and all its segments.”