I started work the day after graduation: Helen Yuchengco Dee 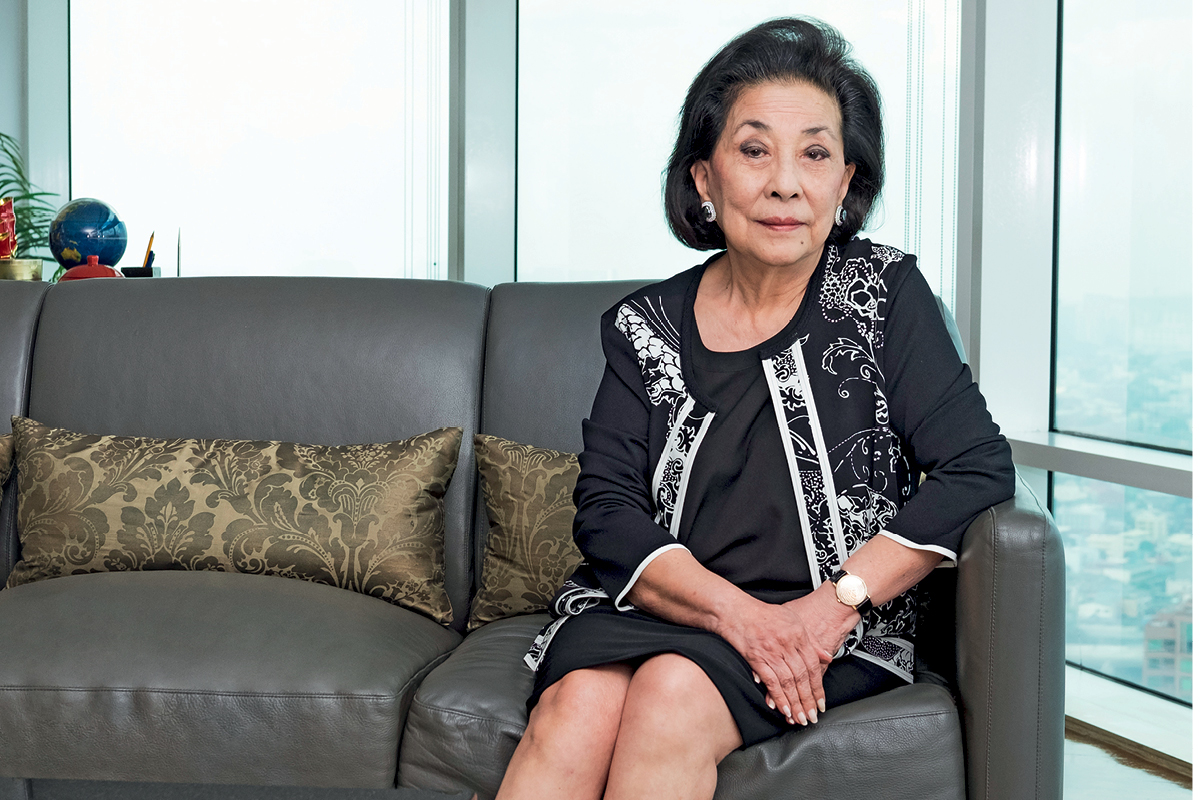 One of the primary family-owned conglomerates in the Philippines, the Yuchengco Group of Companies is more than a century old and includes some of the island nation’s most successful and prominent companies. Helen Yuchengco Dee has been instrumental in the latter-day expansion of the group and has been either CEO or Chair of a number of its subsidiaries, including its flagship companies: the Rizal Commercial Banking Corporation; the holding firm House of Investments; and Malayan Insurance Company (MICO), the largest non-life insurer in the Philippines.

Having studied management at Assumption College and completed an MBA from La Salle University, Helen also has a wealth of experience within the family’s extensive group, including chairing companies in stockbroking, information technology, telecommunications, resources and pharmaceuticals.

She had a previous stint running MICO in the 1980s, when she was credited with modernising the firm’s internal training programs and updating its range of insurance products. She also oversaw the company’s successful transition to computer-based systems for its underwriting operations. Today, it is authorised to underwrite policies across Aviation, Engineering, Marine, Fire, Motor Vehicles, Personal Accidents, Sureties and Bonds, Travel Insurance and Miscellaneous Casualty. It has two subsidiaries, Bankers Assurance Corporation and First Nationwide Assurance Corporation.

In 2003, Helen took over as head of the group from her father, Ambassador Alfonso T Yuchengco. His decision to hand over control of the empire to Helen instead of one of his sons was described as a surprise move by the media, though Helen says she had worked up to the role. “I was already very active in all the companies at that point. I was involved in almost everything and my dad was around at that time, so it was a breeze.”

Helen grew up around the family business and threw her energies into her career early on. “I started work the day after graduation, without any vacation, so I’ve been working hard all my life.” One of the crucial lessons she learned from her father was the value of reputation, which he always described as more important than wealth. In this regard, she is proud to have upheld the company’s legacy. “We’re known to be fair, and we are strong, particularly in terms of claims servicing.”

“I started work the day after graduation without any vacation, so I’ve been working hard all my life.”

This commitment to fairness has long been part of the company’s DNA. In the aftermath of World War II, a previous iteration of the company made the remarkable decision to pay out war-related claims ex gratia. It has not rested on these laurels either and has more recently secured ISO 9001:2000 certification, which requires meeting stringent requirements on globally accepted quality management standards. This achievement shows the company has successfully used its quality management systems to both comply with the relevant regulatory framework and incorporate continual improvement of its service to customers.

It has also won accolades from the Philippine Insurers and Reinsurers Association, including the Best in Corporate Governance and Corporate Social Responsibility and Best in Sustainability awards. Its commitment to its customers has seen it named the top insurer in the rankings by the national regulator, the Philippines Insurance Commission, on a number of occasions. 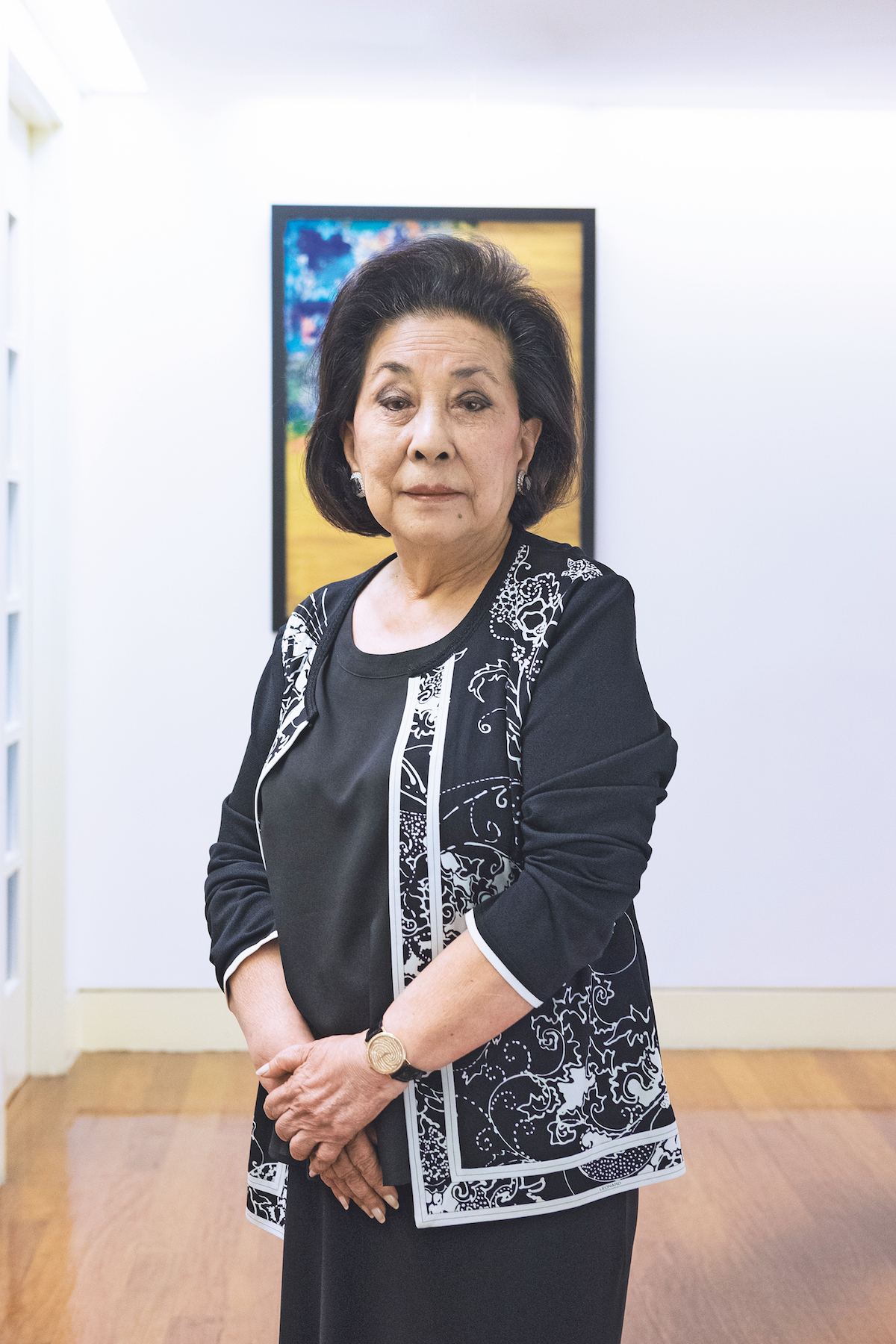 In the client’s shoes

MICO views its customers as its best assets and Helen says it is this focus on the needs of its clients that has led to its standing in the industry. “The Philippines community knows it can trust us. We make it a point to train our people to put themselves in the client’s shoes. When a catastrophe does occur, we try to service our clients in a sensitive way. For example, sometimes in that situation, it is impossible for them to produce documentation.”

The company also closely monitors its performance in the field. “We keep in constant contact with all our agents and clients,” Helen explains. “That allows us to get regular feedback and an understanding of how we’re doing in their eyes.”

MICO has been a pioneer in many respects, having introduced memorial plans to the nation for the first time. More recently, it became the first insurer in the Philippines to operate an online Facebook store. This initiative allowed customers to take up travel, personal accident and property insurance coverage with a single click. The store was instantly successful and led to the company winning the ‘Outstanding in Innovation’ award from the Philippine Insurers and Reinsurers Association.

MICO’s recent suite of offerings includes the groundbreaking i4u card. Designed to be given as a gift, this card can be personalised with photos and messages. It provides the recipient with Personal Accident Insurance, and has proven to be with people looking for a gift for family members, companies looking to reward their employees and even politicians looking for tokens to give out to constituents.

The company is also introducing a number of products around cybersecurity. “We’re trying to be the first insurer for these products because it seems to be the main fear for many companies today,” Helen explains. “Across the whole world, companies fear cyber threats the most and such threats are growing every day. So, that is an ongoing project for us.

“We’re also working on our travel insurance. For example, we’ve tied up a deal with a travel assistance provider so if you get sick while you’re travelling, we will provide an air ambulance to bring you back to the Philippines if necessary. That way, you won’t be too inconvenienced in a hospital in a foreign country if you have an accident.”

MICO has also started to incorporate artificial intelligence modelling to forecast damage from natural disasters such as earthquakes and typhoons. Helen says there are both challenges and opportunities that come with incorporating this new wave of technology. “I think the biggest challenge in the coming years is that everything is going online and being digitalised. We’re trying to make our client processing more sophisticated to cut time.

“Another challenge is that many companies must increasingly compete with non-bank and non-insurance companies offering similar services.”

Helen brings an incredible work ethic as well as a straightforward and practical approach to her work. “I’m a very hands-on person and I usually do not require people to do anything that I cannot do myself,” she says. She is a believer in maintaining open lines of communication and being well-informed. “I operate with an open office policy, so anybody can come and tell me anything at any time. I also continuously update myself by reading and talking to people, especially across the Philippines.”

Helen goes on to describe the type of team member she enjoys working with. “They must be loyal,” she begins. “As well as disciplined, hardworking and creative. They also need to have a sense of urgency.”

She works long hours and sticks to a set routine for optimal productivity, tending to do paperwork in the morning and early afternoon, and taking meetings later in the day. When she gets to a meeting, her approach is to eliminate dawdling and time-wasting. “I try to keep everything short and to the point.”

Economic growth in the Philippines has led to both higher penetration rates and an increase in the overall market size of the insurance sector. It is anticipated this upward trend will continue as the country progresses towards full integration in the ASEAN economy. “We expect more development across the Philippines,” Helen confirms. “This means there will be more opportunity for the insurance industry.”

“We expect there to be development across the Philippines. This will mean there is opportunity for the insurance industry.”

Building an industry giant: a brief history of MICO

1945: The China Insurance and Surety Company resumes operation after World War II. At great expense, it pays out claims from clients affected by the war, even when their policies do not cover them.

1953: After Enrique passes away, Alfonso T Yuchengco takes over the company.

1955: Alfonso establishes the Bankers and Manufacturers Assurance Corporation and incorporates it into the Malayan Group.

2008: Helen Yuchengco Dee rejoins MICO as Chairman and the company completes a merger with Tokio Marine.

2011: The Yuchengco Group of Companies celebrates its centenary. FNAC obtains certification from the Banko Sentral ng Pilipinas as bancassurance partner of the Rizal Commercial Banking Corporation.

According to the Philippine Insurance Commission, total premiums across the industry climbed to US$5 billion in 2017, up 11.9% from the previous year. The industry’s total assets were also up 18% from 2016, totalling US$2.9 trillion. The commission further highlighted motor vehicle insurance as a growth sector. New vehicle sales leapt by 8.5% in the Philippines across 2017 and the nation was one of the world’s 10 fastest-growing economies.

Despite a healthy domestic economy, Helen says there are big picture factors that provide a challenge for MICO. “The industry here is very competitive and being a ‘catastrophe country’, many times the rates we get to charge are simply not enough for the catastrophes we are insuring.”

The status of catastrophe country is well-earned; The Philippines is located in the Pacific Ring of Fire, meaning it is particularly susceptible to volcanic activity and earthquakes. It is also hit by around 20 typhoons annually, often resulting in widespread flooding and landslides.

The Philippines Insurance Commission, a government body which sits under the Department of Finance, recently updated capitalisation requirements in a bid to align the country’s regulatory framework with other ASEAN nations. Helen believes these improvements to governance standards in the country will help attract international investment. While the changes were drafted with an eye to strengthening scrutiny of a dynamic industry without imposing an unworkable burden on insurers, Helen says implementing them will be a major project.

“The regulators have been increasing capital and net worth requirements. Overall, they’re changing to a risk-based capital system, so we need to change all our financial statements that go to the commissioner. That’s a big change and everybody in the industry is still grappling with how best to do it.”

There is plenty of reason to believe MICO will surmount this challenge just as it has previous ones. It has served the Philippines well through the aftermath of World War II, martial law of the 1970s, People Power Revolution of the 1980s, currency crisis of the late 1990s and the recent ripple effects of the global financial crisis of 2008. 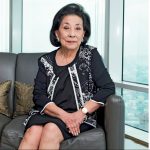