What’s important is the way people relate to each other: Joseph Rizk 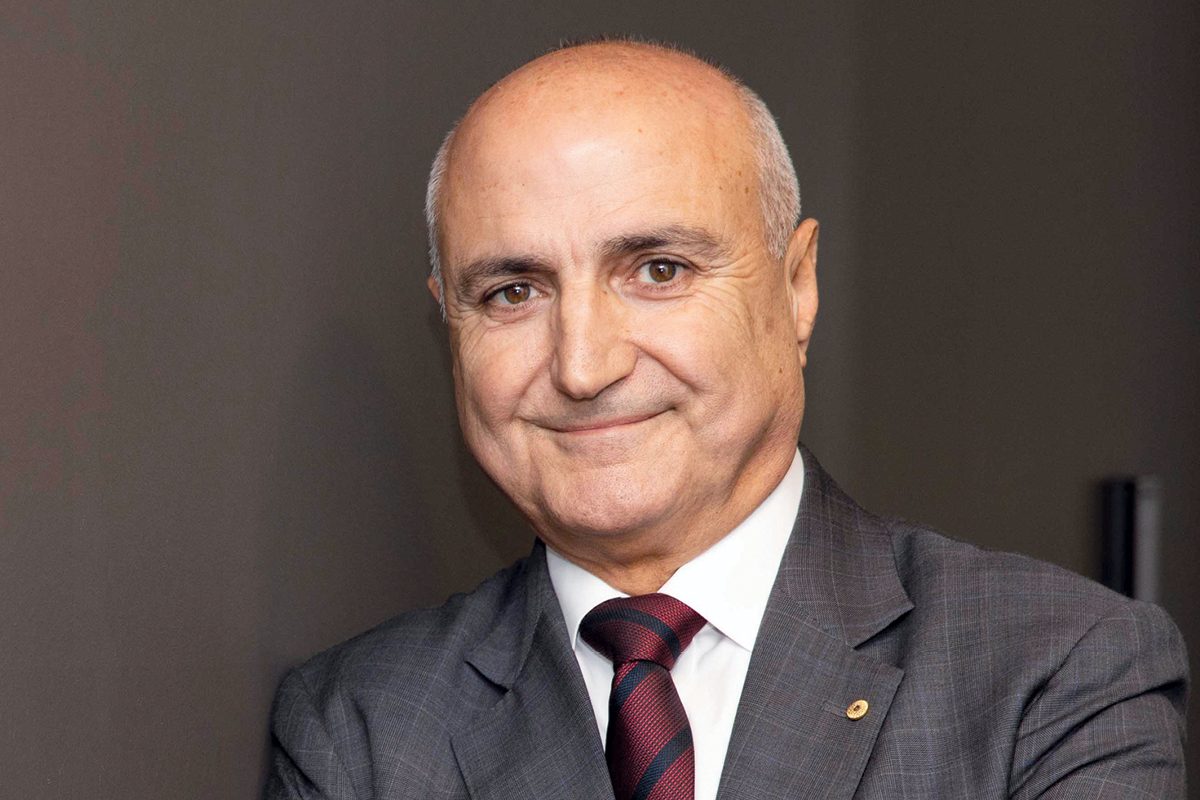 For Arab Bank Australia’s Managing Director and CEO Joseph Rizk OAM, success means looking at the people around you and seeing that they enjoy what they do.

“Yes, there are many things in life that are demanding in terms of day-to-day pressures, but what’s important is the way people relate to each other and deal with the difficulties that may arise,” he says. “Success is getting people to say, ‘I enjoy working here.’ And, if they leave, they leave with sadness.”

“Success is getting people to say, ‘I enjoy working here.’”

Joseph is a strong supporter of building a community culture within a business. He believes the real distinction between organisations is how people manage during difficult times. 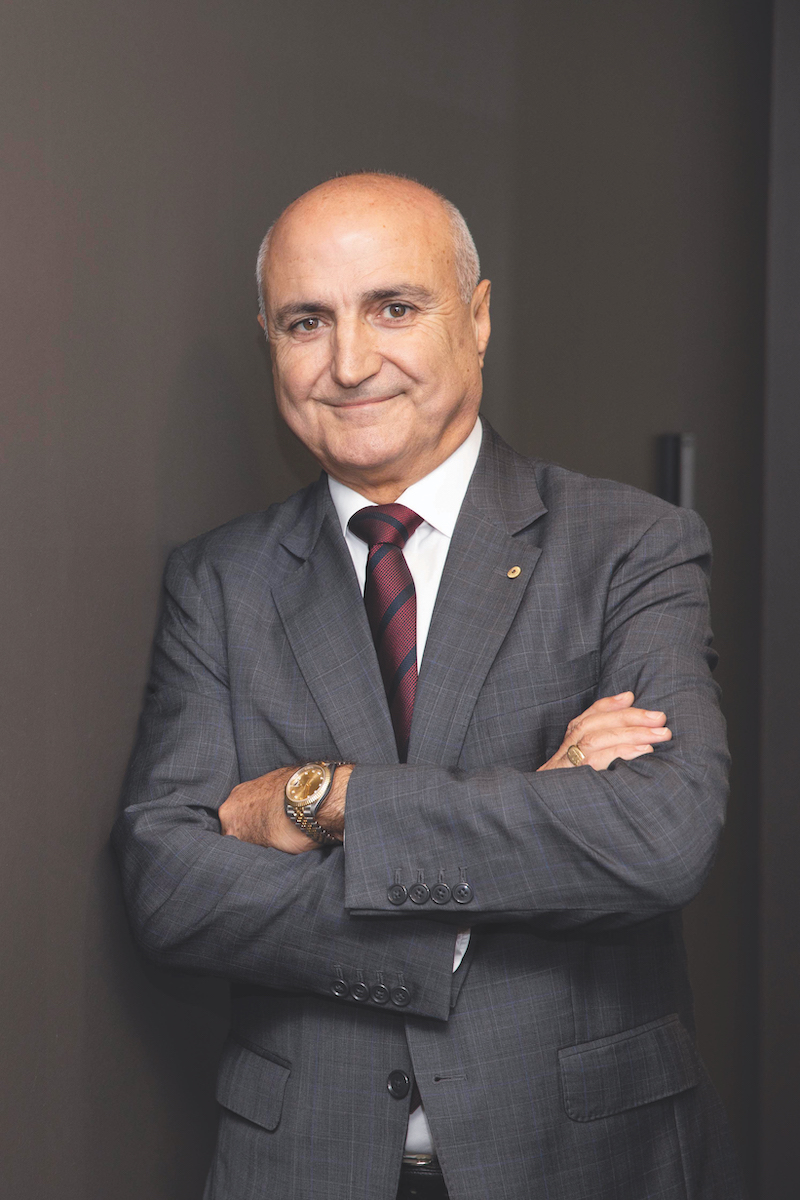 “Any organisation’s success is dependent on the team and how they pull together,” he says. “I keep saying to my team, ‘The good thing about us is that we can manage when things get difficult in the marketplace, as well as when it’s smooth sailing.”

“We’re blessed to have a good, stable workforce,” he adds. “People are generally happy and the good thing about it here is that if someone has any issues, they are in a family environment and people help one another.”

Joseph reflects on the way everyone rallied around the family of one of the company’s branch supervisors who had passed away in late 2018. “It affected the organisation as a whole because we’re all very close and work as a solid team,” he comments.

Joseph moved from Lebanon to Australia when he was a child. Then, as a young adult, he went into industrial chemistry, before being “sidetracked”, he says, into finance.

“I was encouraged by the National Australia Bank to make a career of it,” says Joseph, “So, I joined the company in 1974.” Joseph held senior executive positions at NAB before he decided to join Arab Bank Australia in 2005.

“It’s a bank that I’ve known ever since it established a presence in Australia in 1986. Its corporate office, when it first came to this country, was in the same building that I worked in – NAB House on George Street in Sydney.”

Joseph started with Arab Bank Australia as Chief Banking Officer and in 2010 was appointed Managing Director and CEO. “Close to 40 years of my career were spent within a radius of about 500 metres from where I am now – our office is in the stock exchange building in the CBD,” he says.

Arab Bank Australia’s parent company, Arab Bank Plc, was the first private sector financial institution in the Arab world. Headquartered in Jordan, with more than 500 branches spanning across five continents, it provides several personal and business banking services for its customers – from home loans and deposits to lending and foreign exchange.

In Australia, it is open to all members of the community, with about 80% of its depositors coming from a non-Arabic background.

“Our long-term philosophy is to look after our clients and our brand. In fact, this sentiment is shared by our parent company which, for the past 33 years, has been supportive of the operations in Australia and has continued to provide capital for long-term growth. Markets and environments change – the Middle East in particular has been through a lot of change over the past several decades – but the bank has always been looked upon as a solid institution.”

The company has an unparalleled focus on the community. It supports a range of organisations including the Art Gallery of NSW, the Australian World Orchestra and several hospitals and medical research institutions across New South Wales including The Brain Cancer Group and the Sydney Children’s Hospitals Foundation. 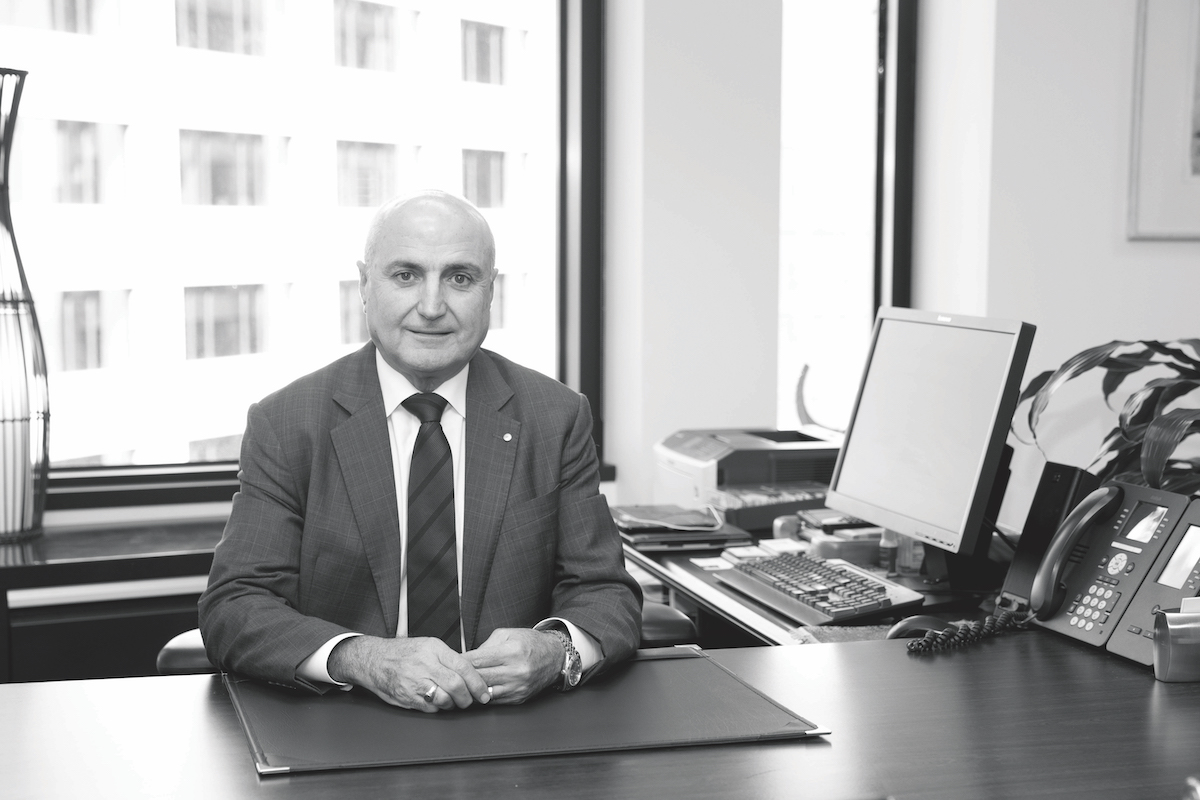 In 2015, he was awarded a Medal of the Order of Australia for his contribution to banking and the community. Joseph credits these achievements to the unwavering support of his wife, Maureen, and his children Katherine, Adam, Anthony and Thomas.

Joseph believes in staying resilient during times of change and ensuring every customer is well cared for. Over his four-decade long career, Joseph has seen many changes in the banking sector, particularly with technology.

However, he highlights that the basics of banking don’t change. “A lot of people don’t realise that the banking industry itself has evolved immensely in its operations and services over the years but the basics are still the same.”

While Joseph acknowledges that technology has made banking easier, he notes that it can have a negative impact. “Clients may feel like they don’t have a relationship with the bank or they don’t have a banker to talk to,” he says.

“Yes, there are certain top-end clients that are looked after in business suites and private banking, but even they are suffering in terms of having long-term relationships with bankers. I think that has been a catalyst for concern in the marketplace. At Arab Bank Australia we are very fortunate that our Board of Directors, many of whom have now served a long tenure, encourage our people to capitalise on their ability to build strong customer relationships and support the organic growth of the organisation.”

Joseph adds that service quality and paying attention to customers is critical when it comes to banking. “That’s what we pride ourselves on at Arab Bank Australia,” he says.

“People may initially come to us because we’ve got good term deposit rates … they stay with us because of the service.”

“We have a good reputation in the broader community. Those who know us really understand us for our service. People may initially come to us because we have good term deposit rates, for instance, but they stay with us because of the service.”

Joseph makes it a priority to ensure clients have accessibility to staff. “All our clients have a manager or an office supervisor that they know and they talk to. Customers feel comfortable knowing that they can talk to someone who knows them; someone who they’ve talked to before on a regular basis.”

And he certainly practices what he preaches. “I’m accessible to all my staff and clients alike,” he says. “I have clients coming in to see me with basic transactions, which I’m more than happy to do. I know I am only as good as my people, so their motivation towards the business and its goals, and their personal growth is key to the continuing success of the organisation.” 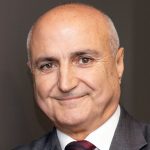