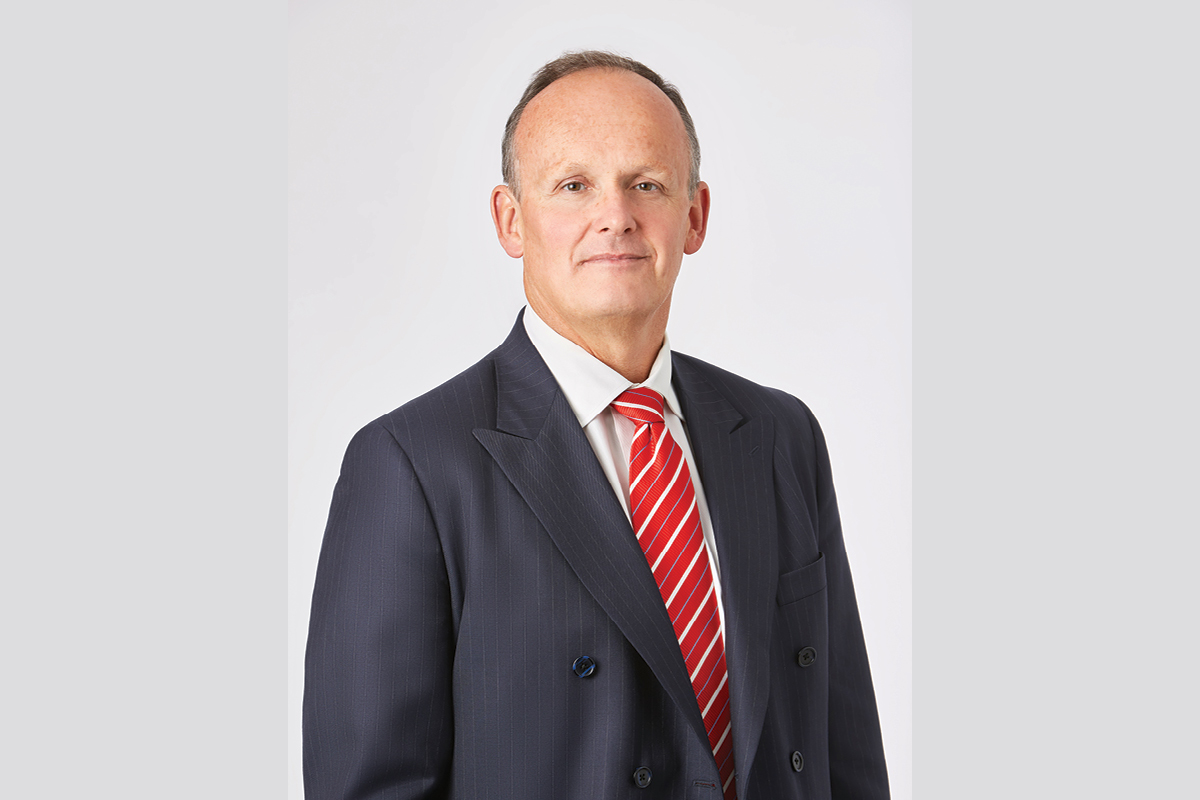 It was minus 32 degrees Celsius in the wilds of Lapland where Lachlan Baird learned an interesting lesson in leadership. The Prime Super CEO was dog sledding with mates, all of them divided into teams following the musher ahead. But just like many a boardroom battle, brawling broke out between the canines over who should be top dog.

“You’re all supposed to stay in line, but every now and then a dog would overtake and they’d start to fight a bit,” Lachlan explains. “So, the guide tells us to stop while he slowly trudges back through the snow until he reaches the lead dog. Then he pulls its ear up and bites it.

“It was just to show the dog who was dominant and it’s always stuck in my mind,” Lachlan muses. “Imagine if humans did that.” Imagine indeed. While Lachlan has never resorted to biting an adversary on the ear, he assumes he’s probably regarded by his 37 employees as a little emphatic. It’s a reputation born more out of having two decades of experience in the super industry, rather than any real desire to dominate.

“Yes, I’m reasonably demanding. I have my view on where things will have to go or how we get somewhere,” he admits. “But I think I’m fairly open and I do like to engage with people. I believe the best way to run a business is to have lots of smart people working with you. I always prefer to not just do whatever everybody else does, I’d rather have fresh thinking. So, I like to let people go for their life with an idea. But they also need to be able to convince me that it’s the right thing to do. If they can, I’m more than happy to make that happen.”

“I always prefer to not just do whatever everybody else does, I’d rather have fresh thinking.”

Prime Super, launched predominantly as a farmer’s fund in 1996, has evolved under Lachlan’s 14-year leadership into the broader regional and rural areas. In 2014, the fund opened to health and community services, regional Australia’s largest employment sector. Last year, it partnered with the Recruitment, Consulting and Staffing Association (RCSA) and merged with Combined Super on 31 December 2018, an independent education fund, which boosted the membership of Prime Super to over 120,000 members.

Growth aside, the past 12 months have tossed more than its fair share of challenges at the super industry. Four different reviews, including the Royal Commission into Misconduct in the Banking, Superannuation and Financial Services Industry and the Productivity Commission into Australia’s superannuation system, forensically examined every aspect of the industry’s systems and processes.

“Yes, it was a very interesting time,” Lachlan reflects. “We were one of the funds lodging information and while
we never attended the Commission (a positive outcome for us), there was a lot of work getting all the material prepared. Now we all have to interpret the findings and the implications for the industry.

“It was huge, yet we had no choice but to get it done. Fortunately, the focus was more on the retail products than industry funds which came through fairly clean. In general, it’s a good product with no conflicts of interest in how we structure, nor sell the product, and the remuneration structures behind don’t lead to misbehaviour. That’s a big tick for us.”

Lachlan began his career with KPMG as an auditor, specialising in superannuation, and has since run investment and relationships teams, gaining experience in all aspects of super, how it works and how things can, and should, be done.

“I always remember when a partner at KPMG asked me a question and I replied, ‘I think so’. His response was ‘No, you either know, or you don’t know’. It taught me not to just keep talking if you don’t know; just admit you don’t know. There’s nothing wrong with that.” 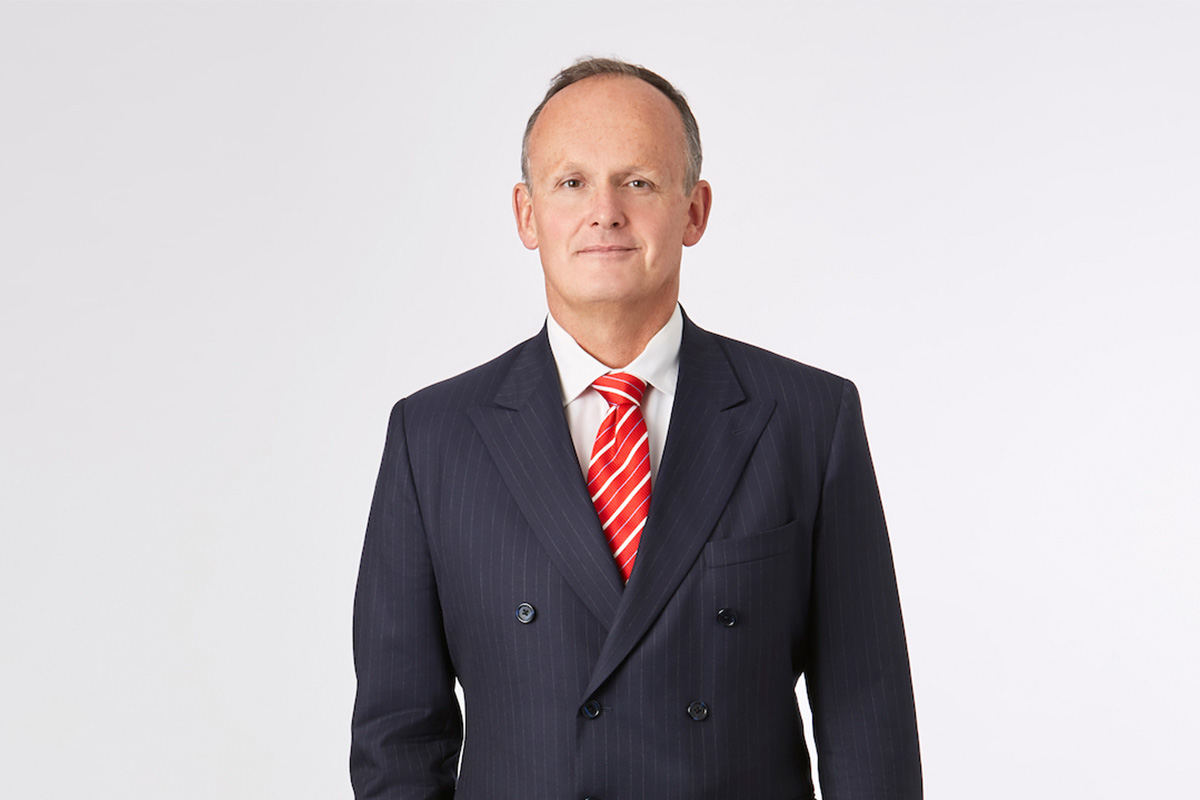 Lachlan concedes that the biggest challenge facing Prime still lies with changing the perception of Australian workers towards the industry, particularly in regional areas where account balances are lower. Super is not on the radars of most farmers who operate as a small business, while encouraging young people to hop on board requires persistence.

“I’ve gone into a few shearing sheds where they sit out the back, most of them looking at their phones, or talking while you’re talking to them. It’s understandable because we’re talking about stuff that is long-term and boring so they don’t engage. It’s only when something changes in their life that they think about it. And that usually happens much later.”

As far as the future is concerned, Lachlan, as is his way, has a fair idea of where he wants the company to be. A clear path is mapped out and with the support of great relationships in a number of industries, membership is growing as Prime’s reach continues to expand from regional areas into the cities.

“The initiatives Prime Super have implemented clearly demonstrate their focus on enhancing and simplifying the insurance experience for their members. Working collaboratively with Prime Super and their administrator, we recently launched a state-of-the-art integrated Digital Claims tool to complement existing technological offerings for their members.” – Frank Crapis, Head of Life Product, Pricing and
Strategy, CommInsure

“We’re open to all Australians and we’ve got a broad range of member employers with a lot of larger businesses that have head offices in cities. We’re also starting to see a lot of organic growth, because while there are only about 15 million working Australians, there’s nearly twice as many super accounts. That’s a lot of duplication. But after the government inquiries, this will reduce and with our strong investment approach, we’re well-positioned to benefit from that.”

Meanwhile, another adventure is on the cards for Lachlan and his mates. The friends travel together every couple of years, with the criteria for the destination being simply ‘Oh, really?’ Previous trips have included a cycling, hiking and canoeing trek coast-to-coast across Costa Rica, trekking across Bhutan and climbing Kilimanjaro.

Then there was the time he took his wife Natalie and their three children hiking the Inca trail, reaching the highest point of 4,200 metres.

“It was a lot of fun,” he remembers. “Although one of the treks was a bike-ride downhill in Peru where the hills are a lot steeper than here and mostly gravel. Natalie fell off and broke her collarbone, the upside being that she fell into a rock on the side, as opposed to falling off a cliff on the other side.

“That required a lot of bag-sharing for the rest of the trip. But she was amazing and got all the way through. Really crazy when I think about it.” 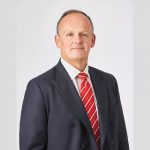