When less is more: Nicholas Vamvakas 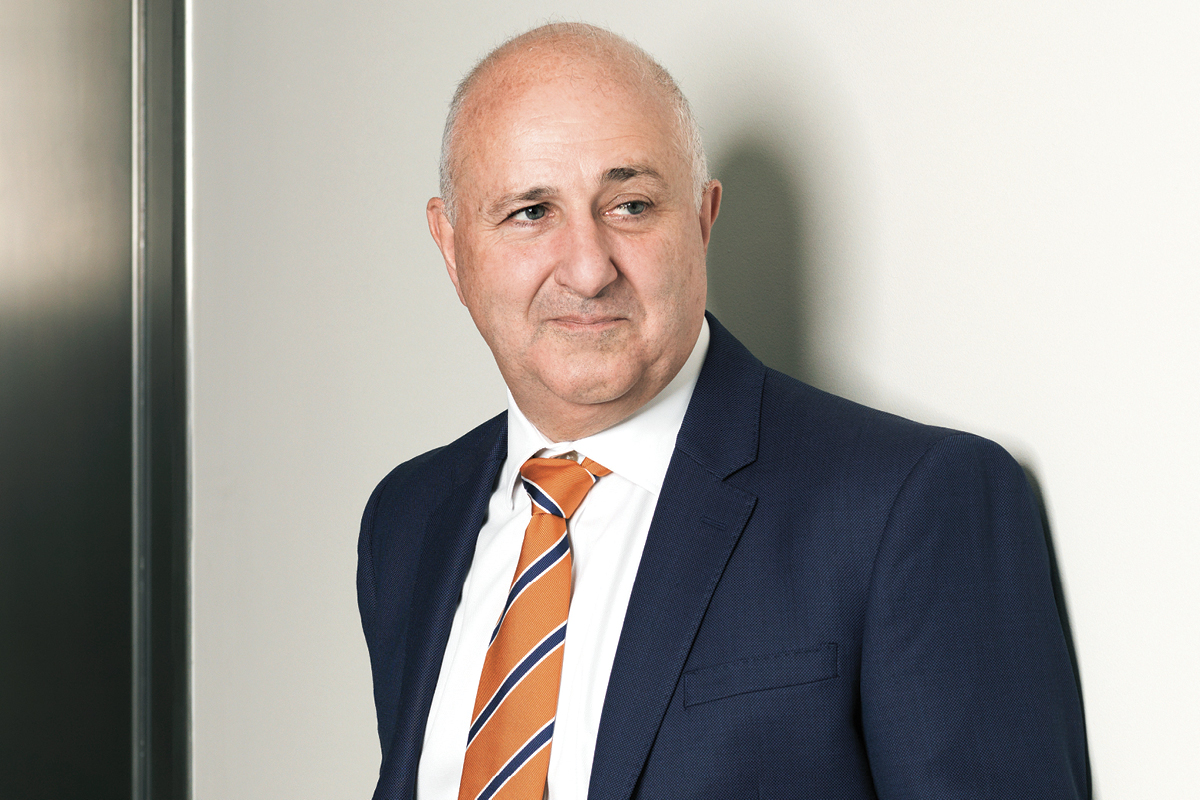 Sitting in his Melbourne office on the 12th floor at 330 Collins Street, Nicholas Vamvakas reflects on how far he’s come. “Only about two metres,” he laughs. “I started my first job here on this floor, in this building, 36 years ago.” Indeed, it would take the Equipsuper boss just a couple of strides down the corridor to reach the office where he began his career in finance.

From cash clerk to CEO, from the car space furthest away from the lift to the spot right next to it, Nicholas has covered a lot of ground – in title, at least.

In 1984, having completed degrees in economics, business and marketing, Nicholas first walked through the Collins Street doors to begin work with Colonial Mutual Life (CML). There was a secretarial pool, a tea lady patrolling the floor and a time clock to stamp in and out. There was also a thick pall of cigarette smoke wafting down the corridor.

“Yes, everybody smoked,” Nicholas remembers. “Incredible when you think about it now. Obviously, the place has changed dramatically, although the car park is still the same. I remember there was a very strong distinction in rank down there. The more senior you were, the closer your car spot was to the lift. Then you’d see the juniors’ cars, parked further and further away, the quality of the cars diminishing with the distance.”

Today, responsible for the financial comfort of more than 75,000 Equip members and competing in an industry considered one of the largest sectors in the economy, Nicholas has well and truly earned his car spot next to the lift.

A Melbourne boy, he admits he’s spent a lifetime working within just a couple of blocks of Collins Street. Moving from CML to Challenge Bank, then AXA, before leaping more than a kilometre away to Elizabeth Street, where he spent more than 14 years working at ME Bank in various roles, including CFO and Chief Risk Officer.

He joined Equipsuper in 2014 as Executive Officer of Risk and was appointed CEO in 2017, a responsibility he doesn’t underestimate in light of the banking royal commission findings and with the company’s 90th birthday in 2021.

“I’ve been around money, finance and trade pretty much my whole life, all very exciting; building business, assessing risk, developing strategies,” he says. “But with Equip, it’s taking all that to a whole new level. There’s a lot of disruption coming in superannuation and my role is to help evolve the company and position it to get through the next 90 years.”

“There’s a lot of disruption coming in superannuation and my role is to help evolve the company and position it to get through the next 90 years.”

In January this year, Equip won A$190 million in benefits when air service provider dnata transferred the super of more than 1,100 former Qantas catering staff to it. Dnata, part of the Emirates group, had bought the airline’s catering business in 2018 and its super plan, including a mix of defined and accumulation benefits, was the perfect fit for Equip’s expertise.

However, Nicholas is quick to reject the assumption that larger funds boasting billions more in assets and millions more in members offer better advantages. Using the merger with Rio as an example, he explains that A$12 million was able to be saved by consolidating insurance, investments and administration services. The fund also used its growing scale to negotiate lower fees from suppliers. 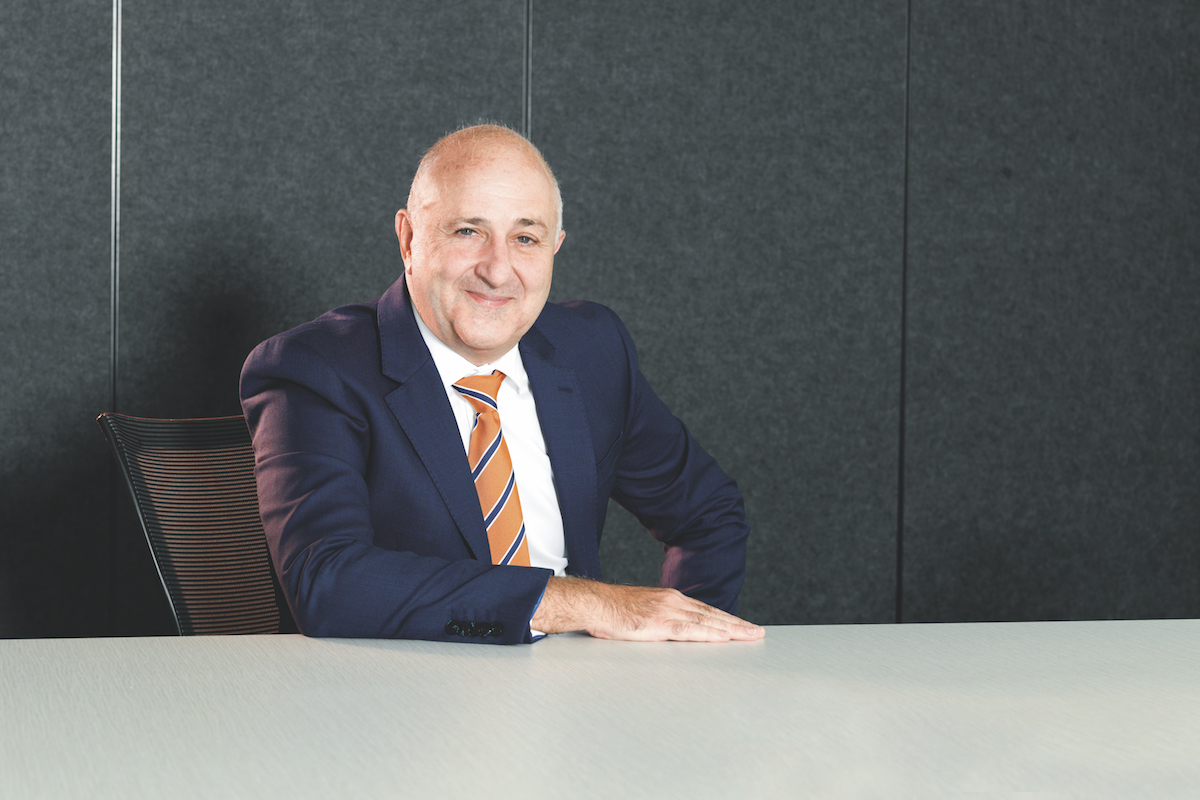 “In Rio’s case, they had six directors; we had nine – you only need one board, one investment committee and one set of auditors. We also had two different insurers, which meant we could negotiate for an insurance reduction of up to 20% for some members.

“Looking at things solely from a member’s point of view, which is probably the most important, we have not only significantly reduced fees but also have the extra capacity to fund ongoing investment in technology, products and services.”

Equip was founded in 1931 as one of Australia’s first superannuation funds under the State Electricity Commission of Victoria (SECV), created by Sir John Monash after his return from World War I. “General Monash was an engineer and during the war he saw how electricity generation was done in Europe. When he came back he started importing machinery to build the same sort of infrastructure for Victoria,” Nicholas explains.

The company was renamed Equipsuper in 1998 after a merger with the Gas and Fuel Superannuation Fund led to the formation of the Victorian Energy Industry Superannuation fund. In 2005, the company became a certified public offer fund, enabling members to join without an employer sponsor.

As well as its head office in Melbourne, Equip has branches in Sydney, Brisbane and Perth, and in Traralgon in Latrobe Valley, the heart of Victoria’s energy industry. Nicholas admits he gets enormous satisfaction from helping generations of Equip customers from the Latrobe area where families have worked in the power industry for decades.

He understands family loyalty and commitment all too well, having been raised in a Greek family where his father had a career path mapped out for him. “Dad ran a menswear store,” Nicholas explains. “He wanted a doctor or lawyer in the family, so when I had to do work experience at school, he ‘encouraged’ me to do a stint in a pathology lab at Epworth Hospital.

I came home from my first day and all I could talk about was this new machine they’d purchased for blood testing. I raved about how amazing it was, how it cost a lot of money, but that from each sample they took, they earned money and would make the cost back in six months.

“It was all about the profit for me. When Dad asked, ‘But what about the blood testing?’, I replied ‘Who cares about that, this machine is fantastic and will make a fortune’.”

Realising it was finance, not medicine, triggering an adrenaline rush, Nicholas forged his own career path. He’s clearly passionate about the industry, and regards the opportunity to help members retire financially comfortable as a bonus. He also believes the emotional support offered by Equip to retirees, after the gloss of being footloose and fancy-free wears off, is critical.

“Equip’s entire reason for being, since it launched nearly 90 years ago, is to get the best possible outcome for its members. But even when retirees have enough money they can struggle,” he explains.

“Equip’s entire reason for being, since it launched nearly 90 years ago, is to get the best possible outcome for its members.”

“They’ve done the trip around Australia, gone on the cruise, played golf and minded the grandkids. But then what? Financial planners find themselves in conversations about dealing with the lifestyle and relationship changes members experience as much as they do managing finances in retirement.”

Australia’s superannuation industry has undoubtedly boomed over the years, with assets up 12% from September 2017 to reach A$2.8 trillion in September 2018. However, Nicholas believes further engagement is required with members, including a bold move to allow Australians to use their super as security while still working.

“It’s an idea that isn’t being floated – I haven’t heard any political party pushing that angle,” he hastens to add. “But we definitely need to engage people more with their pool of savings, their compulsory super savings unable to be accessed during their whole working life.

Imagine if you could use those savings as security to buy a house? Then they become tangible, a real thing people can relate to, rather than something they put aside and can never touch.” 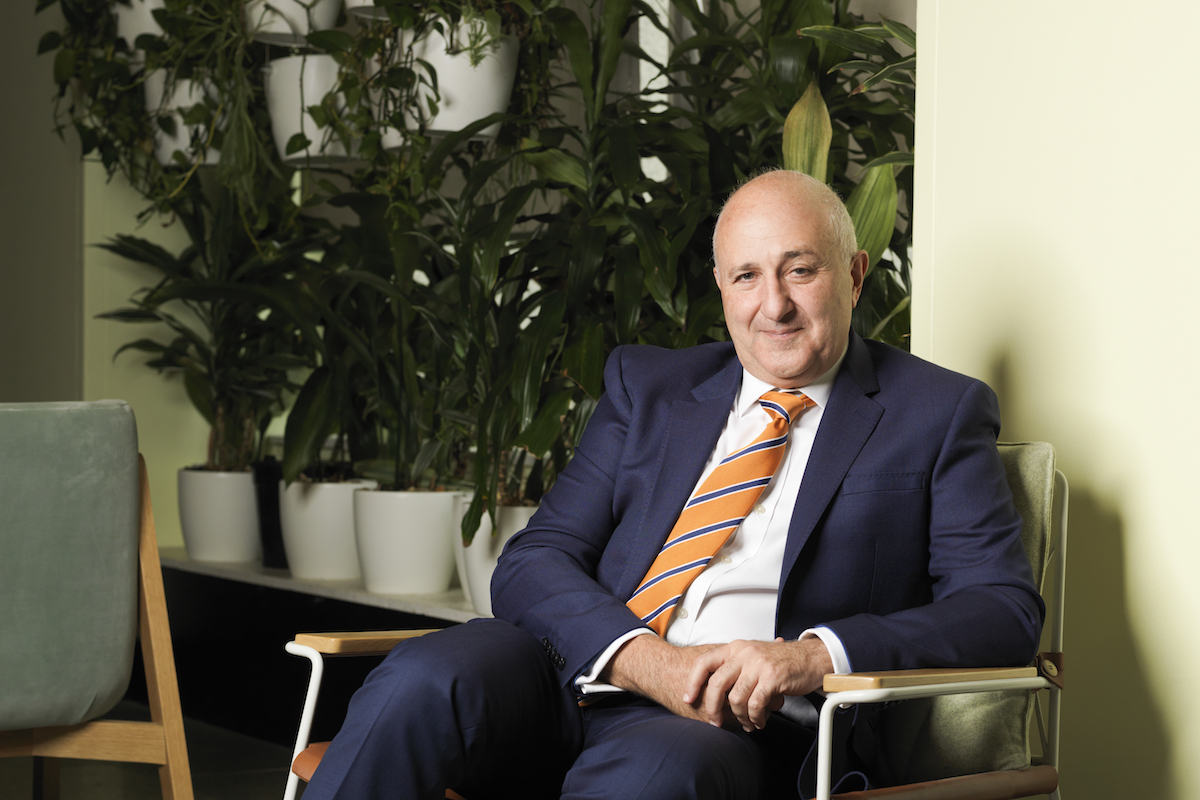 Nicholas also believes substantial changes to structure is needed, starting at the top with the board – a task, he explains, Equip has already taken in hand. “The banking royal commission will result in change across the industry.

We’ll see consolidation and a significant raising of the bar in terms of the capability required to run what are essentially now quite large businesses turning over hundreds of millions of dollars. You can’t have people on the board who don’t have the skills to manage a budget of more than A$100 million and funds of more than A$15 billion.

Gone are the days when you come from a particular industry and then sit on the board of another without the skills to understand the finances, the investments, the people and all the other issues surrounding big business.

“Equip’s board is fairly unique in the way it’s structured now. It’s three-three-three: three independent directors, three employers and three members,” Nicholas explains. “But the difference is that we’ve identified all the skills needed to run the business and all board positions require fulfilling a skills matrix.

Among the skills needed are finance, investment, marketing and communication, and disruption. Management has had a lot of input into this and our directors have gone out and specifically targeted people with those skills for positions on our board.”

Another priority for Nicholas and Equip is reducing the number of multiple accounts held by members. In June last year, the Australian Tax Office recorded 39% of the 15.6 million Australians with super funds having more than one account.

Nicholas insists the mindset to transition to a new fund when changing jobs has to be turned around. “You don’t change banks when you change employers and that’s the mentality we have to encourage around super as well,” he explains.

“Historically, members have always trusted their employers to put their money in the best possible place and that expectation continued with the introduction of compulsory super in 1992. But sometimes the employers’ choice of super fund is driven by the best outcome for their shareholders, rather than their employees.

“Australians need just one relationship with one fund aggregating their money in one place. Choose a fund, choose it for the right reasons – history of investment performance, low fees for services, and outcomes – then stick with it, no matter who your employer is.” 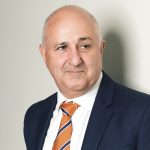