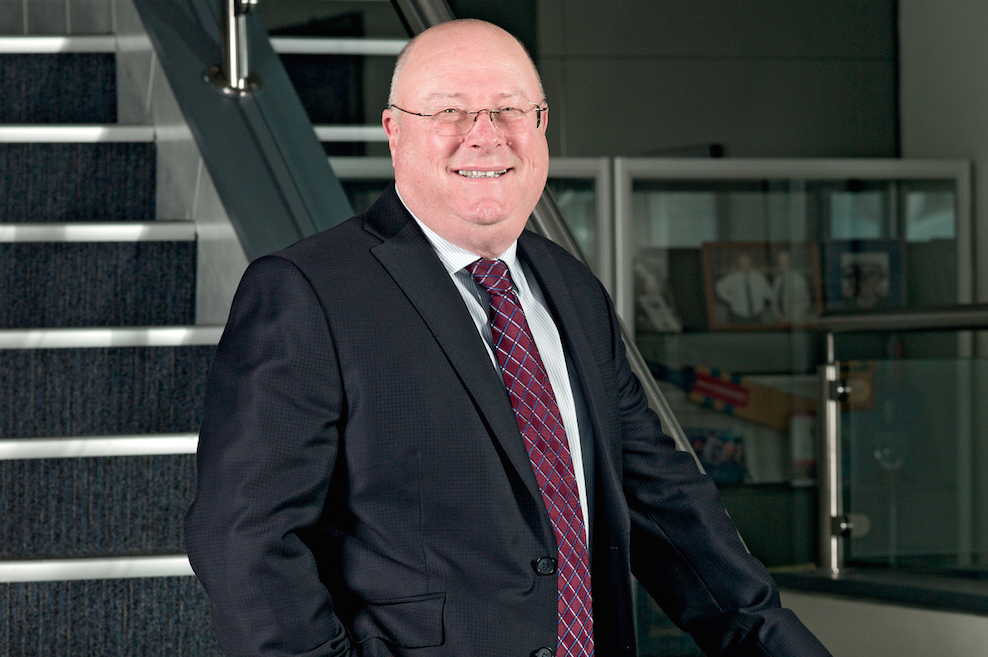 Much like a large proportion of financial services executives, Ross Higgins started his career as a lawyer, spending 12 years working for IOOF as corporate counsel. His role with IOOF was varied and he discovered that he was not only a dab hand at creating financial products but that he also really loved the work.

He moved on to become IOOF’s product development leading hand before leaving in 1998. A spell with Australian Unity came next, followed by 18 years as CEO of Austock Life, which under Ross’s tutorage became Generation Life, developing its investment bond products.

In short, in the world of financial product development, Ross has done it all and he’s bringing that experience to his role as CEO of Futurity. “I’ve enjoyed and had success with most things I’ve turned my hand to, which is, at this stage in my career, a really broad set of skills,” says Ross.

“My background means I understand the law and tax regulation, marketing and actuaries, which is really helpful, but what I’m really passionate about is product development, followed by the successful distribution of that product to the customer.”

Ross’s passion for product development came alive during his 18 years as CEO of Generation Life. “Essentially, I set out to reinvent what was the old insurance bond. I launched that product and progressively brought people in who I’d worked with previously and knew would be a great fit for the company,” he says.

“That product has attracted sales of more than A$2 billion, and is still very successful. I finished up at Generation Life in 2019 as I felt that I’d gone as far as I could with the company.” Following an approach in December 2018 by Australian Scholarship Group (ASG), a business that had been around for almost 50 years, Ross agreed to take on the role of CEO.

However, his transformation plans then outlined to the Board came with some stipulations, including changing the name of the business. “ASG had been going for decades but it really only had one product model around education savings and investment, which was excellent for the first 20 to 30 years,” explains Ross.

Education Bonds are a way for parents, grandparents or friends of the family to save and invest for the children in their life. Dedicated tax-effective saving and investment products can mean there’s less scrambling around for school fees on a term-by-term basis. Futurity’s new product range is a little bit different to the traditional investment bond model, particularly the new Family Education Bond as it works like a tailored, education-purposed family trust. It has the off-the-shelf simplicity and inbuilt tax-effectiveness of a conventional education bond but you’re also given the discretion to appoint up to 10 beneficiaries under the one bond. This gives more family members the opportunity to upskill, learn new tech or even pivot into a different career. In short, it’s a bond that’s not just for the kids. Futurity’s other product is more traditional. The Individual Education Bond has all its benefits earmarked, invested and accounted for only one individual education beneficiary. The purpose behind Individual Education Bonds is to cater to the specific education goals and timeframes of children of different ages – and also to address ‘blended’ family situations, where maintaining different arrangements, and sometimes confidentiality, between children of current and previous relationships is desired. Both education bonds in the new range feature savings and lump sum investment plans for lifelong education funding with the broadest possible coverage, including pre-school, primary, secondary, university, TAFE, job, midlife/career, micro-credential, adult education and Indigenous courses.

“I think the product probably peaked at around A$1.8 billion in funds but, when I came on board, it was in decline. So, my first challenge was to create a new product range. It was around then that I flagged that the business needed a new brand, a new name and a new persona as well as a revamp of the distribution model. The Board agreed and so we quickly started the transformation journey to create Futurity.”

The name Futurity combines the two concepts most required when thinking about investing in a financial product – future and security – and was the result of an in-house competition. In fact, the whole rebrand was completed by the Futurity team.

“I’m really proud of the fact that we did so much in-house,” says Ross. “We’ve had some really good external partners, too, but the majority of product development and rebranding was done by the team.” 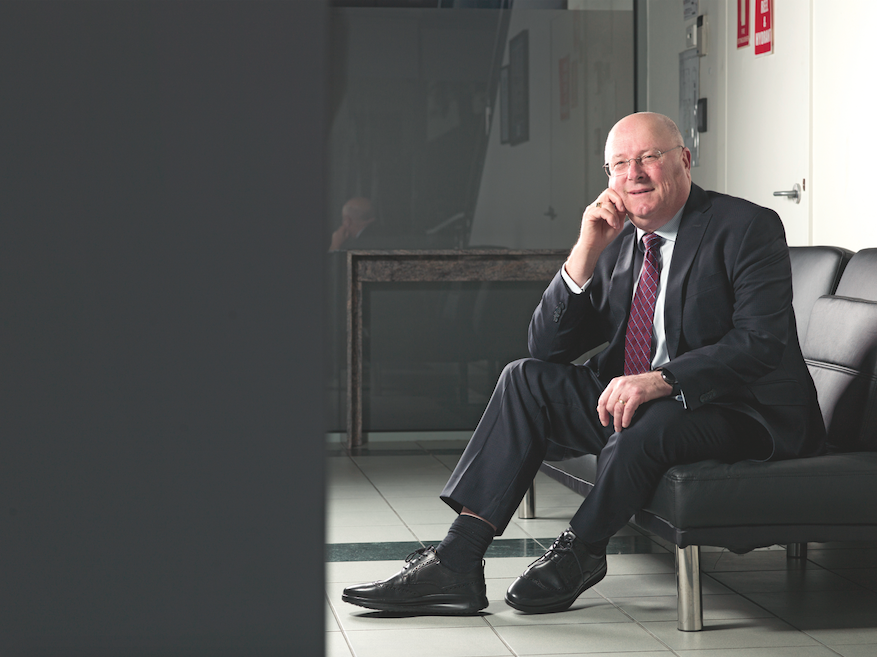 As well as the rebrand, there were four aspects to Ross’s transformation plan to relaunch ASG as Futurity. “There was a rebrand, for which a rename was paramount, then the second aspect was a new product range with modern features. Third was totally new operating systems for the new business, and the fourth aspect was moving to a completely different distribution model around financial advisers and direct distribution,” he lists.

“The first thing I did was assemble a management team. I’ve been in this industry for 35 years and so immediately knew the right people to get the job done. There were already some great people in the ASG team, and they took on senior management roles within the business. It was a challenging time as there were lots of redundancies; however, everyone has settled in now.”

After spending 18 years with Generation Life, Ross knows the world of education bonds like the back of his hand – something his old employer knows well too. But should they be nervous? “There’s no doubt that Generation Life is now a competitor but so are Australian Unity, Centurion Life, KeyInvest and IOOF. However, I believe our product is quite a bit different,” he says.

Education isn’t cheap, but families find a way to pay for it … We want to get out there and show people that there is an easier way to do it.

“The Futurity product is a culmination of everything I’ve learned from my years in the industry. It’s a tax-effective, long-term education and savings investment product, yes, but it’s not only focused on a child’s primary, secondary and tertiary education. It’s a product for anybody. It can be for someone looking to go back to study for a career change; it can be for a grandparent who wants to do an education course or study a language. It’s a product that’s been structured around lifelong education, not just a child’s education. And that’s what makes it different to our competitors’.”

By widening the field, Ross and the team have created a product that’s much easier to market to a direct customer, rather than simply relying on a financial adviser selling the product. While it couldn’t be launched in the way Ross wanted due to COVID-19 restrictions imposed on gatherings, there are plans to launch the product in grander style when the time is right.

And Ross, for one, cannot wait. “I’m really excited about this product because I love to challenge legal structures, which is what I’ve done here. In our range of products, one is a Family Plan where you can have up to 10 individuals drawing against the single bond tax-effectively, and that bond can go for up to 99 years,” Ross says.

“A typical way for wealthier people to set things up is through a family trust. What our Family Education Bond does is effectively enable any parent or a grandparent of any means, from middle Australia, to have a trust – a family discretionary trust-like structure directed to funding education. That’s a huge differentiator between us and our competitors because nobody’s ever done it like that before.”

Building out the product range for the business is what Ross describes as his biggest career achievement but also his biggest challenge. “There was such an enormous amount of work that went into building this product,” he says.

“Building new generic product is very rare and if you look at the whole financial services industry – who has invented a new type of product lately? Superannuation doesn’t really innovate, other than at the edges, and, it’s the same with Master Funds. So, to come up with something that’s uniquely different, which this product is, has been both incredibly challenging and rewarding.

“For us, the new product range is just getting started and the next step for Futurity is to move into full-on distribution mode, which means getting out there talking to customers and financial advisers about how the product can work for them.”

To come up with something that’s uniquely different, which this product is, has been both incredibly challenging and rewarding.

With the cost of education rising at double the inflation rate, Ross believes that Futurity Education Bonds are incredibly compelling to those looking to send a child to, say, a private or independent school.

In 2020, the average cost of paying private school fees through primary and secondary school sits at around A$300,000 per child, and with government school education costing around A$80,000 per child.

“Education isn’t cheap, but families find a way to pay for it,” says Ross. “Maybe they’re not paying their mortgage off as quickly as they’d like to or pulling the fees together from other areas of their life every term. We want to get out there and show people that there is an easier way to do it and that’s by setting up these dedicated education-purpose investments and taking the valuable tax break that comes with them.” 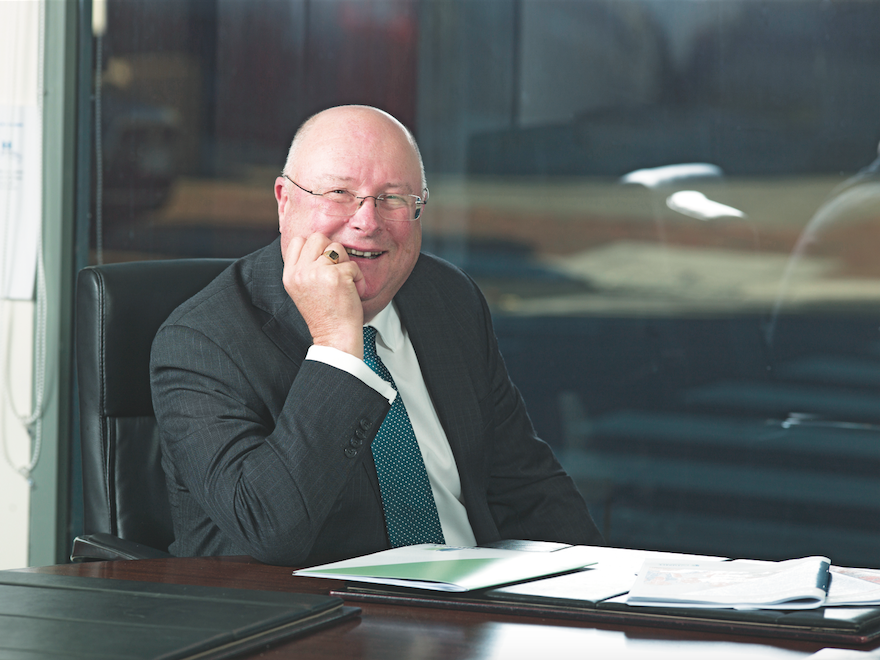 The strategic direction of Futurity for the next 12 to 18 months is two-fold. The first part is to convey the message around financial savings and investment and the second is around advocacy.

ASG has always been a company with a long history of advocacy for educational issues. This includes advocating for kids in rural areas, education for Indigenous children, which is something Ross says the Board is particularly passionate about, and supporting organisations such as The Smith Family, which uses funds to help educate disadvantaged children.

A new Futurity Education Foundation will receive 5% of all Futurity’s new product fees as a donation. “While ASG historically has had a dedicated fund set up supporting our philanthropic work, with Futurity, we want to have a registered charity so we can continue to support all these different causes,” Ross explains.

“We want to be able to do targeted philanthropy through the foundation. At the moment we’re looking at ways to help support the children of deceased volunteer firefighters with their education, as well as continuing to support The Smith Family.”

With all the new ideas, new products and new branding, Ross and his team have made sure not to overlook one particular aspect of Futurity – its current members, those who’ve been on board since the days of ASG.

“We have more than 70,000 members here, and they’ve got just over a billion dollars in maturing education funds. Ensuring they continue to get the best and highest possible service has been hugely important to us as we’ve navigated from the old to the new,” says Ross.

“We’ve been keeping our members updated on the new products and the rebrand, and our commitment to them has never changed. They’re fundamental to the success of Futurity. We’re a memberowned mutual, so part of that is investing some of our capital base of the mutual for the future.

“Futurity is a member-owned mutual and our vision is that it will go on for the next 100 years and beyond. These new education plans will go for 15, 20 or more years because if you start a Family Bond, and you’re a grandparent, you may be doing it for two or three generations. So, it’s just like your bank or mortgage, which may go for 10- to 30-plus years. And that’s what we’ve done with these new products. They’re also low-fee products, they’re very transparent and hopefully people will get to understand them and use them to their family’s advantage.”