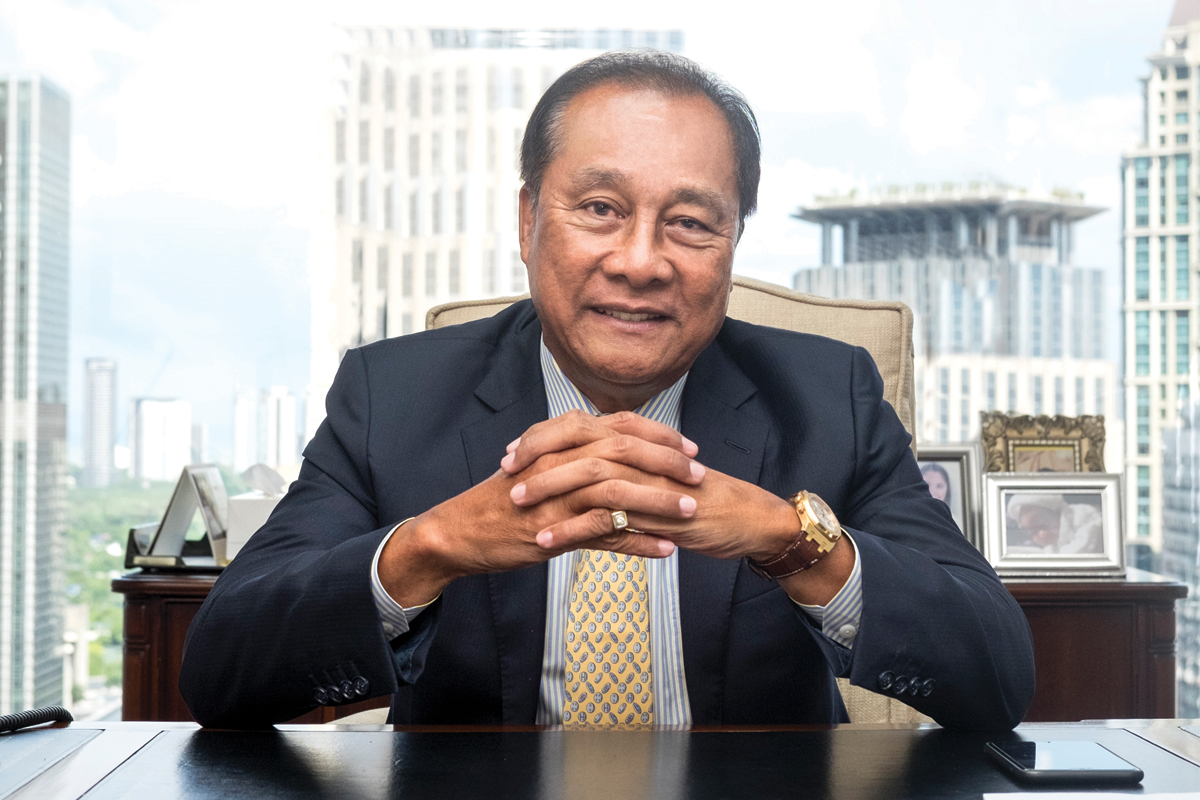 What Victorio ‘Vic’ Valledor, CEO of Lockton Philippines Insurance & Reinsurance Brokers, Inc., loves the most about his role is the opportunity to assist so many different people. “In the Philippines or outside the country, I enjoy the fact that I can be of help to the clients that I serve,” Vic tells The CEO Magazine. “Especially when they’re faced with difficult situations or problematic claims.”

Vic has been with Lockton Philippines for more than 20 years and one of the most memorable claims he has worked on was after Typhoon Haiyan (known locally as Typhoon Yolanda) struck the Philippines in 2013. It was recorded as the world’s deadliest typhoon to date, reaching wind speeds of around 230 kilometres an hour and affecting more than 14 million people.

“One of the hardest hit was a client of ours, a fertiliser company,” Vic explains. “They are responsible for providing 64% of the fertiliser needs of the country, but their plant was totally ravaged. You can imagine the impact it would have had on the country’s agriculture if they were not able to rehabilitate soon.”

Vic adds that this was also the single biggest property insurance claim that was ever filed in the Philippines. “The challenge for us was to get them back on their feet, so they could start producing fertilisers for the country,” he continues. “It all depended on how soon they would be reimbursed by their insurance. About 95% of it was reinsured with Lloyd’s. So we met with Lloyd’s to plead with them to pay this claim fast because the country’s economy depended on how soon our client could operate again.”

Although the case isn’t 100% settled as yet, Vic is glad the company is back on its feet. “They are not yet producing as much as they should, but at least they’re operating again,” he says. “So if there is a single moment where I think I did something really good for my client and, by extension, for the country, that was it. And I feel very proud of what my team and I were able to do there.”

Vic adds that, every year, the company has an outing and holds a lunch each month to celebrate the respective staff birthdays.

A lifetime of insurance

Vic has been in the insurance industry his whole career. He began working in a small company while he was at university in the late 1960s, before moving on to multinational firms. “I was hired by Citicorp in 1987, to run its insurance broking operation in the Philippines,” Vic explains. “And that continued until 1991. Then Citicorp decided to give up its insurance broking operations and just focus on its core business, which is mainly banking.”

Rather than selling the insurance broking operations to outside investors, Citicorp agreed to a management buyout. “The officers and directors of Citicorp Insurance Brokers – who were mainly based in New York and London – bought the company from Citicorp,” Vic explains. “They took over the Citicorp operations worldwide, except for those in Mexico and the Philippines, because these were not 100% owned by Citicorp.”

In 1994, Vic left Citicorp to enter a joint venture with the original directors of Citicorp Insurance Brokers, and this led to the establishment of what is now Lockton Philippines. 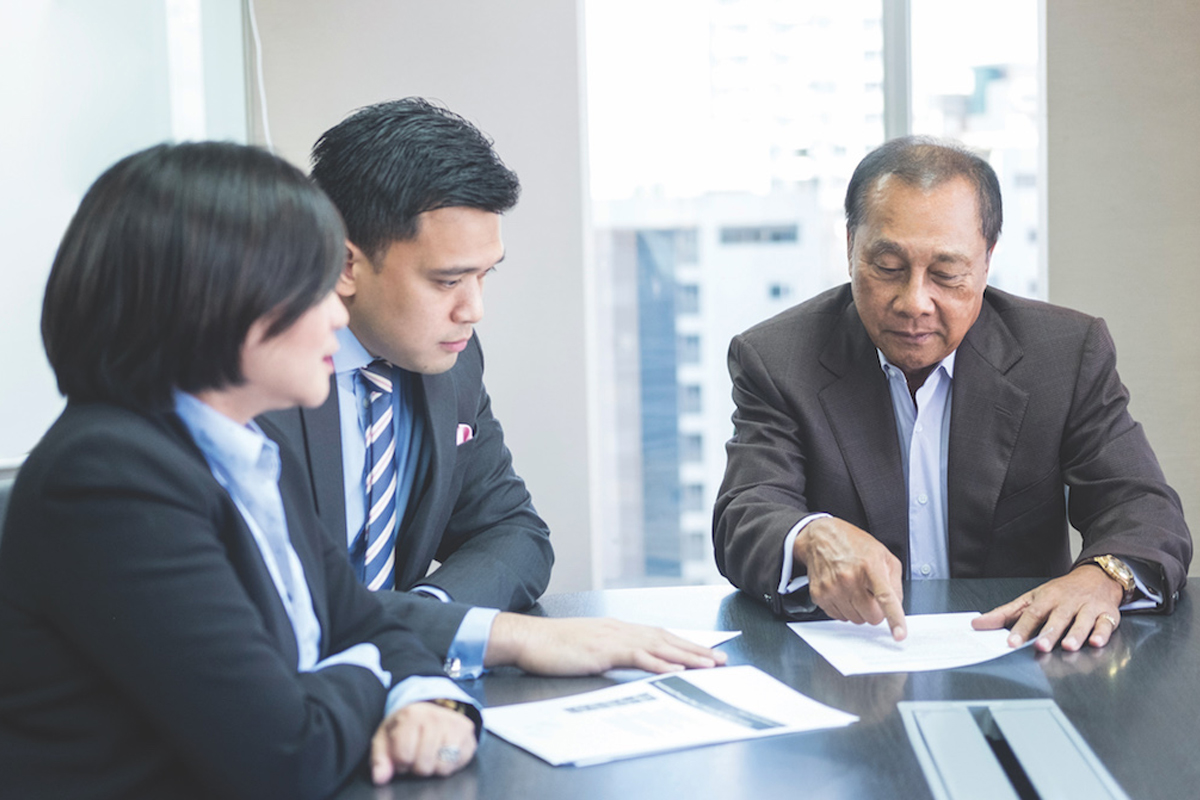 Getting the right team

There are three main strategies Lockton Philippines uses to ensure it attracts the best talent to the firm. The first is the advantage of being a local insurance broking company with local knowledge and a global reach. Vic says Lockton Philippines was the only insurance firm in the country with an all-Filipino team. “We are still an all-Filipino team,” Vic says. “We know the local market better than most. But on the other hand, we have a international reach, because of the Lockton connection.”

The next strategy is how the company prides itself on its reputation. “As far as the insurance companies are concerned, we have the reputation of being demanding when it comes to getting our insurance claims settled,” Vic continues. “But we also have the reputation of remitting premiums to them promptly. “And that’s the benefit of coming from the insurance background; I know how they feel; I know what they expect from their intermediaries. I can put myself in their situation and I understand why they should pay promptly. So when you pay your insurance companies promptly and a claim appears, you have every right to demand prompt payment.”

And the final strategy is an emphasis on employee training and keeping workers engaged in whatever role they play. “We get involved in charitable events and use
that as one of the factors in rating the employees’ performance,” Vic says. “In some cases, it’s part of their KPIs. And our local staff turnover is very low. We had some employees who left and then came back after a few years. And we’re open to any suggestions from the employees of how we can be useful to the clients and the community as a whole.” 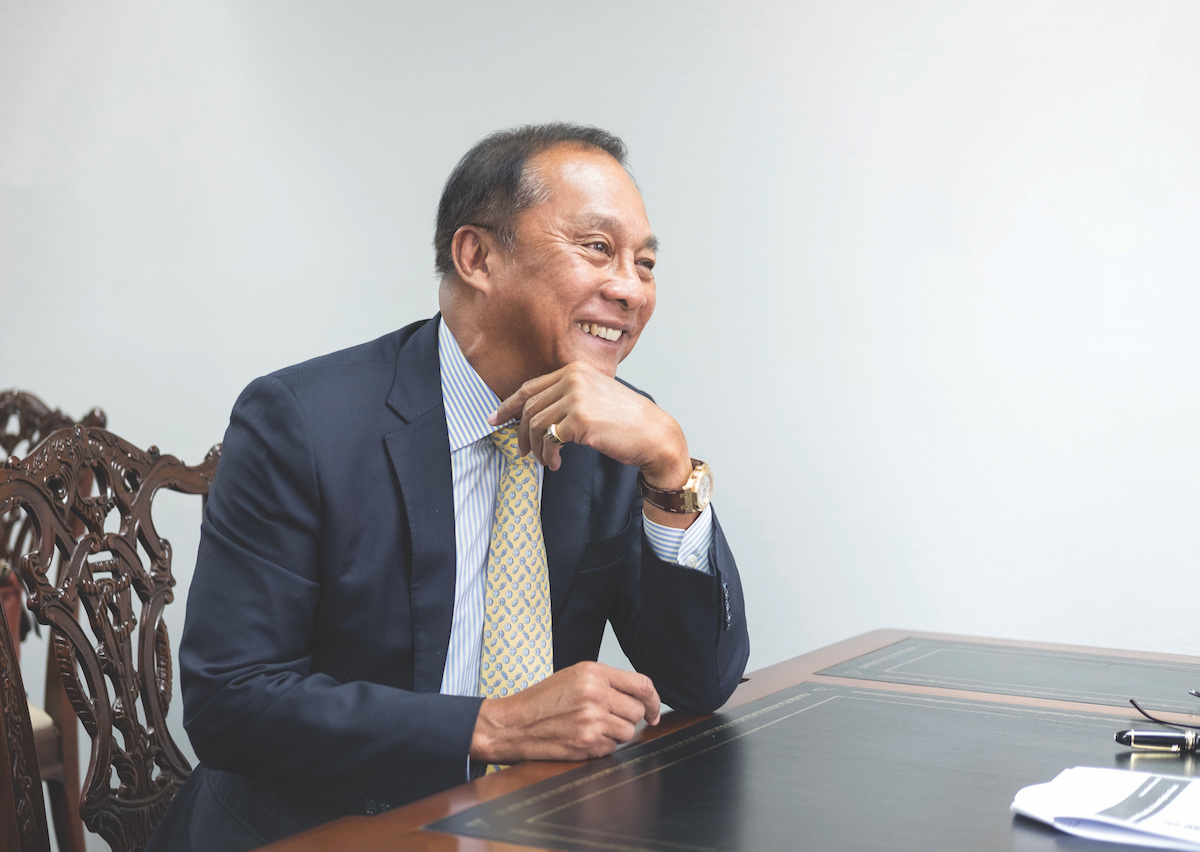 Vic strongly believes in being client-centric. “I tell my people that everything we do should be done for the benefit of our clients,” he says. It is something one of his mentors told him years ago at a time when client-centricity wasn’t heavily emphasised.

“He told me ‘take care of the clients and the rest will take care of itself’,” Vic says. “But the time for that kind of thinking wasn’t right then because when he advocated it, he lost his job. The board of directors of that company didn’t like the idea. But I’m sure they must be regretting that decision now because that company no longer exists. And that is the same philosophy I follow.”

Lockton Philippines also makes it a point that it is doing its very best for its clients. “I often tell my people, anything you do that does not make sense to our clients is probably not worth doing.”

The future of Lockton Philippines

As the company continues into the future it aims to keep abreast of the changing environment, particularly when it comes to advances in technology. “We are starting to have emerging risks that have not been there before,” Vic explains. “These are risks that were never even considered five or 10 years ago. No-one had really considered the possibility of these. So, we have to find solutions and engage the market so we can be more responsive to these changes.”

And the insurance companies that survive are the ones that adapted rapidly to the shifting risk landscape. “With the market providing direct access to insurance, the brokers who will survive are the ones who add value to their clients,” Vic adds. “It’s the company that can plainly show clients that, even if you have direct access to the market, you still need our expertise as brokers and our knowledge of the international marketplace.” 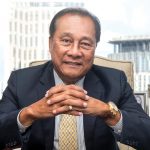