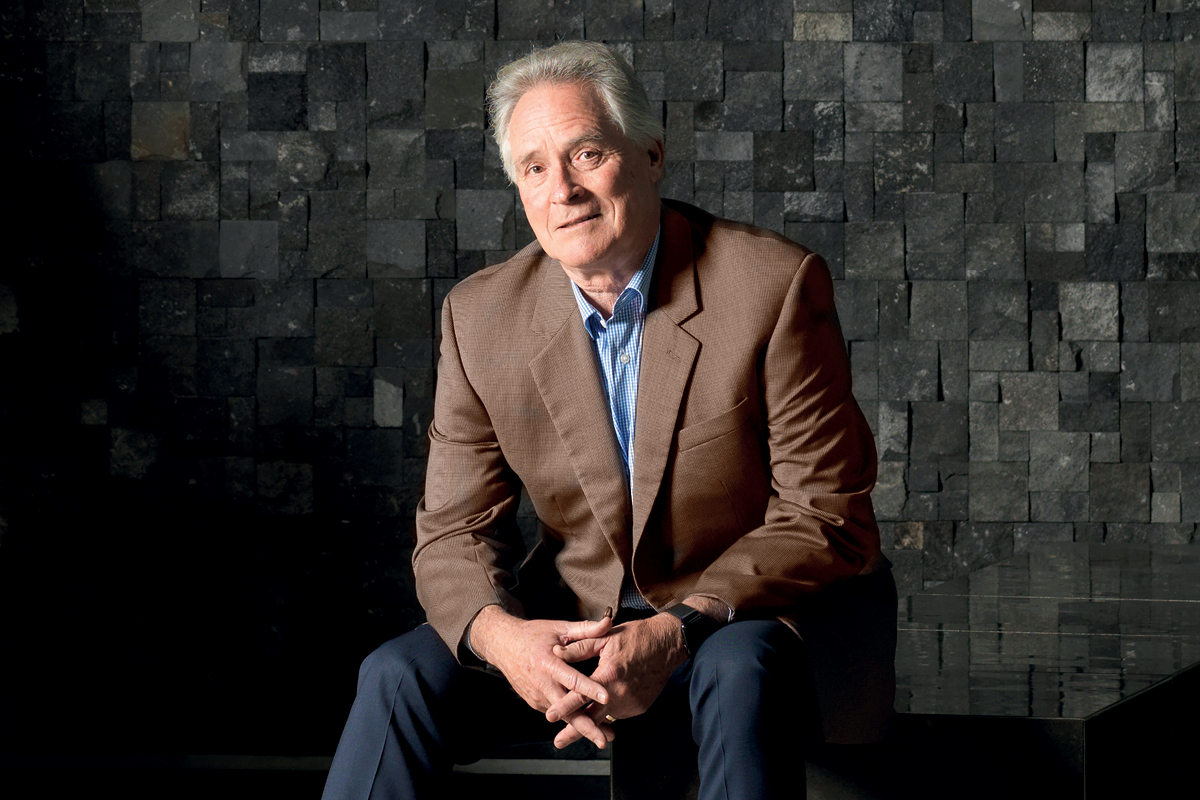 In 1972, Bank First was started by 48 people who invested A$10 each. They elected a board of directors, who met weekly and dispensed loans. The savers they recruited would then put together the money and lend it to people who needed to borrow. The first loan was almost A$200 to a single mother, who was a teacher with two children, to secure a bond for accommodation.

Since that time, the bank has stayed true to its original purpose. “We used to refer to our customers as members, as they are the owners of the bank,” says CEO William Wolke. “We are not a listed company, but still need to make a profit, albeit not to the extent that listed companies do.”

Decision-making is different at Bank First, and its purpose as a bank is to “financially empower people who build community to realise their dreams”. “We are very much into the community-based vocations,” William explains. “In this case, it’s sectors like education, allied health and nursing.”

A mutual bank like Bank First has always had social inclusion in its DNA. “It’s not an add on; it’s not a PR exercise,” William says. “It’s not a campaign for six months to change the perception of society; it’s authentically part of who we are. We are here for our customers.”

While navigating a competitive world and concentrating on essential goals like profitability, efficiency and professionalism, Bank First strives to always do the right thing for its customers. “Over time, we build trust and a positive reputation with the people who stay with us for a long time,” William says.

The recent Royal Commission Inquiry into Banking Misconduct has shifted the Australian attitude towards financial institutions, and William notes that, even at the top level, the conversation has changed. “People are talking about social inclusion,” he explains. “They are talking about the community. All corporations, not just banks, need to work within community expectations and social licence.”

William has previously worked in one of the big four banks. He came to Australia from South Africa in 1996 and worked in various roles at NAB before accepting this current CEO position in 2002. “My South African experience was in management consulting, big four accounting, financial planning and large building societies that demutualised,” he says. “I’ve had experience in asset-based finance and commercial banking, all in senior roles.”

Now, as CEO of Bank First, it allows William to be observant of societal changes and work according to his values and purpose. “What I love about my job is the alignment of the company with its external marketplace and the role it plays in society,” he explains.

“Our employees aren’t here just for their salary package; they are here because they come to work feeling good about their job, the relationships with our customers and the feedback they receive.” 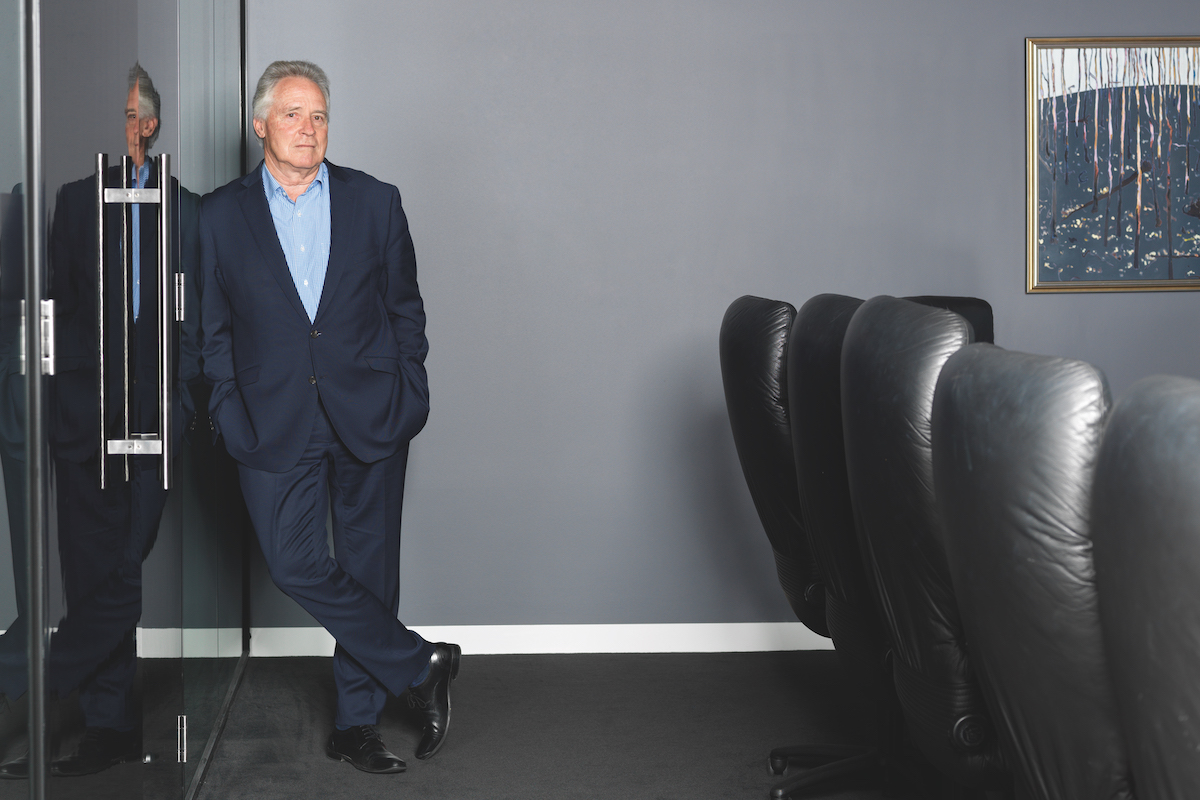 Bank First changed its name from Victoria Teachers Mutual Bank in 2017. It was a researched brand name to resonate with the target markets that it wishes to serve. “We’ve looked to move beyond education into other sectors,” he says.

“The people who build our communities aren’t just educationists. They are allied health workers, nurses, firefighters and social workers. The word ‘teachers’ became restrictive, so the move towards Bank First was part of our objective of having a national reach and capability to fulfil the needs of our target vocations. William says the bank has also been more proactive in the marketplace since the name change and is now running TV advertisements and social media campaigns. “We are doing more conventional marketing than we have in the past.”

Bank First also has staff members who work to build relationships with other organisations in the community. “We don’t just focus on the individual in the education or health sectors,” William explains. “There are many groups, like professional standards groups and unions. We like to work with them to enhance their capability so that those vocations can be stronger.”

To build a brand, William says it’s not just about marketing; it’s about reputation. “People see what we do for the community,” he says. “It’s what we do to help build capability inside the players in our community, like schools or professional bodies that look after health professionals.”

“People see what we do for the community.”

Building the brand also requires cementing strong relationships with many stakeholders to provide customers with a range of options – be it technology providers, payment solutions suppliers like Indue, or insurance providers such as MLC Life Insurance and QBE.

Bank First wants to be known as an “internet company with a banking licence”. It’s undoubtedly a digital bank, with only two physical branches. “To stay relevant, we have to do everything digitally,” William explains. “For example, mobile apps are important since the customer’s preference is in digital elements across all sectors of our economy.” 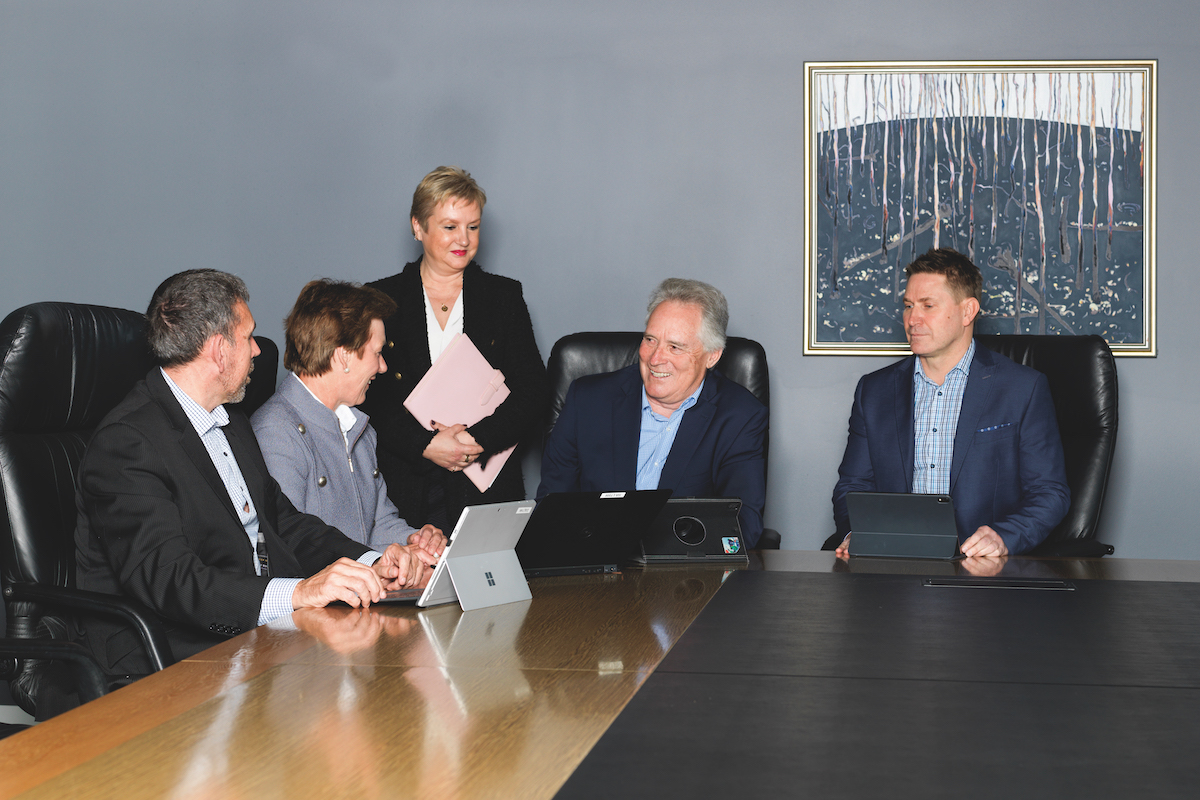 The company is present in more states than Victoria, but it is on a journey to expand further. The objective is to be a national provider to our chosen vocations, in whichever form they wish to interact with us,” William continues.

“For example, we have representation through brokers in other states because up to 60% of young adults choose to go to a broker, which means we need to be aligned with those brokers too.”

Bank First’s strategy is to continue to grow and have a true Australia-wide presence. “We are ready to interact with our customers the way they choose to interact, and digitally is a great focus for us. We have implemented the New Payments Platform.

We were one of the early adopters, with other credit unions and mutual banks. In the marketplace there is a lot of talk about neobanks or fintechs; they tend to be the media darlings at the moment; but organisations like ours are small but adaptable as well.

“We already have qualities that new players don’t, such as reputation, skills, expertise, the ability to do banking. We’re willing to do the hard work that others perhaps aren’t.”

“We’re willing to do the hard work that others aren’t.”

Along with national expansion, the bank has concentrated on securing its position with the education vocation in Victoria and entering the allied health industry. He wants customers to know that despite the changes, Bank First always keeps customers at the heart of the brand.

“Renaming the bank was a dramatic change for us, so we are trying to make our current customer base feel comfortable,” he says. “They need to know we haven’t forsaken them. We’re still in the same places we always were. We have let people know that we are essentially still the same bank, just with a different name. 90% of brand equity is still there, we’re just building on our current capabilities. We might answer the phone differently, but the conversations are the same.”

William believes that a company’s strategy should be challenging, aspirational and obtainable. “There should always be a solid vision,” he states. “This company started with a vision that was well founded, well sounded out and based on foundations of logic and possibility.”

Equally important to William is being able to communicate the vision. “Start making decisions today with tomorrow’s vision in mind,” he says. “This galvanises your team. You should all know and agree with where you’re going. Your team should then be able to make decisions on their own.

“You need to be able to break it down and communicate it in simple terms,” he concludes. “A leader should take people on a journey with them. These people include your employees, stakeholders and suppliers. You must spend time with, and be honest with, your people, because they are part of reaching that vision and are the ones who help you bring it to life.”

“We truly value our relationship with Bank First. Our longstanding partnership extends for more than a decade and together we have helped to make the dream of home ownership a reality for many Australians.” – Phil White, CEO, QBE Lenders’ Mortgage Insurance